Looking for Love, She Found a Jewish Partner and Faith 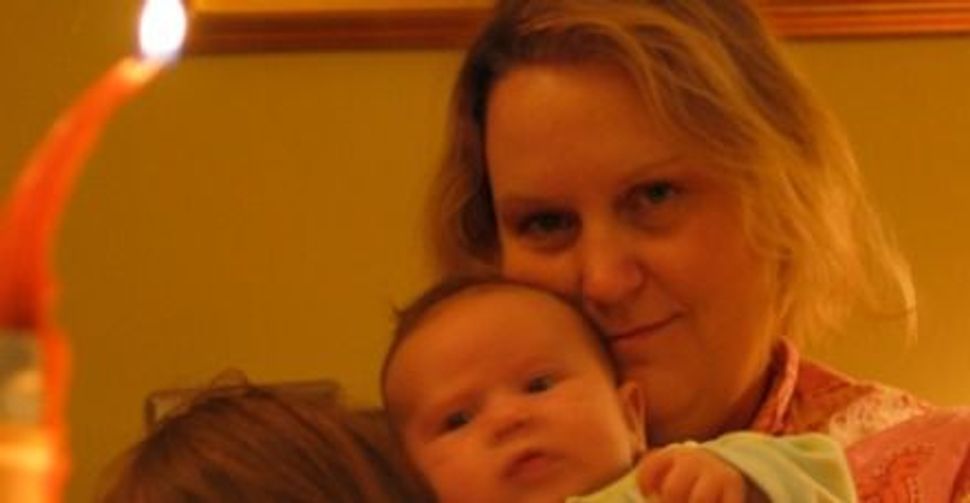 My fetish for Jewish men and my conversion to Judaism are like the chicken-egg question. Or, as my tribe would say, the tarnegolet-baitzah question. Which came first? My desire to sleep with a Jew or to become one?

Growing up as a gentile blondie in Kentucky, foot-washing Christians at public school said Jews killed Jesus and had horns. My Catholic family was slightly more evolved. They simply knew that Jews controlled the media and were suspiciously wealthier than we were. Rejection by a string of popes didn’t help. 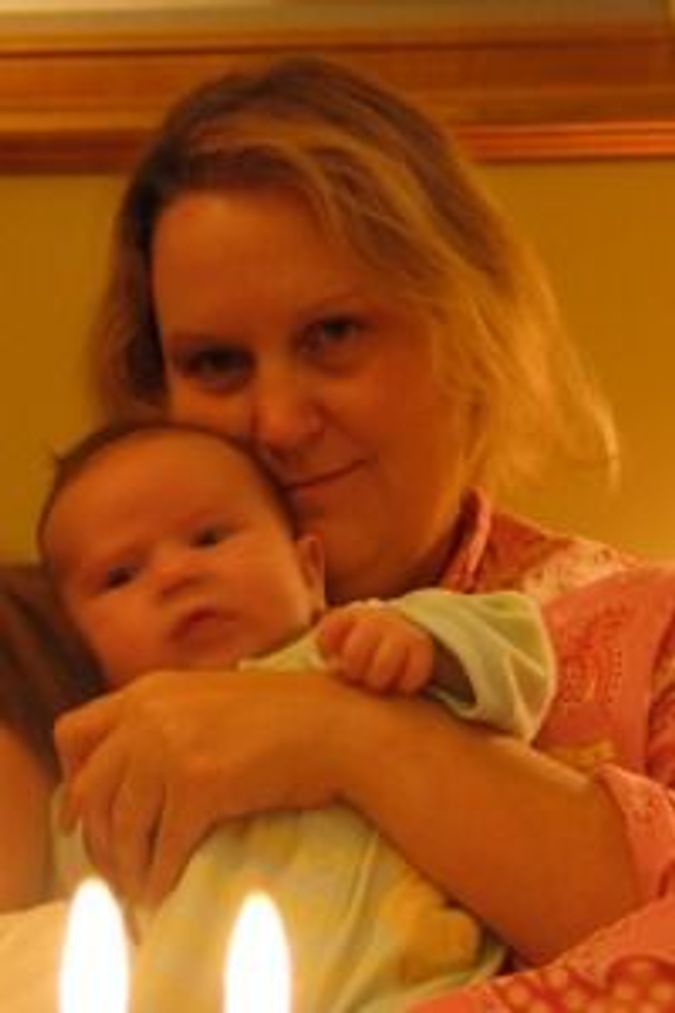 But my city, Louisville, elected Jerry Abramson, a mayor boasting stellar approval ratings and Yiddish-speaking parents who cheered him on to college, law school and public office. My family, on the other hand, followed the motto “Water shouldn’t rise above its level.” Being the only girl sealed the apathy. Expectations were low. Children and females should be seen, not heard.

My 1950s-era father was alternately away on business or home drinking, in a quiet, white-collar way. My mother toed the line, working harder than necessary to impress imaginary judges. Catholicism breeds martyrs.

In my loneliness, I devoured Sydney Taylor’s “All-of-a-Kind Family” books, casting myself in their five-daughter mishpokhe, struggling on New York City’s prewar East Side. I wanted my own Yiddishe mameh. I wanted to immigrate to Judaism.

I went to Marta Siegel’s bat mitzvah and sat alone, riveted. The congregants came late, fell asleep and gossiped loudly. They behaved like a family in a home, not like guests at a museum. There was no priest handing down edicts. It was us and God, hanging out.

The only gentile at the after-party, I ate exotic bagels and lox. After five minutes of moshing with the crowd, shouting the words to Neil Diamond’s “Coming to America,” I belonged. These people ate too much, talked a mile a minute and rewarded sarcasm.

I experienced an edgier Jewish world through TV. Unsupervised, I traveled to Woody Allen’s Manhattan and to the gritty inner city of “Welcome Back, Kotter.” My taste baffled my mother and my brothers, cementing my otherness. My father didn’t notice.

So what if Elliott wasn’t fair-skinned and hairless? His sensual voice invited me to abandon Catholic shame and make real the impure thoughts I was told I’d burn in hell for. I imagined myself at his suede-patched elbow at book readings, then back at his West Side apartment, doing the Times crossword puzzle and then heading to his bedroom to act out scenes from “Bob & Carol & Ted & Alice.”

I don’t get Barbra Streisand picking Omar Sharif over Elliott, but she and I wanted the same thing: something different from what we knew.

Dustin Hoffman once said: “I grew up always wanting to live in New York, even though I’d never been here. I didn’t know that most of the Jews in America live in New York. But I did know it inside.”

I knew it, too. I made aliyah to the city, where I dated Jewish men. At 30, I met Sam, with his soft eyes and sense of humor. On our first date, we had dinner at Boca Chica — where his sister waitressed — lingering untll it closed. Rain poured down, so Sam offered his sister a spot in our cab. Desperate for the goodnight kiss, we stood on the sidewalk, drenched, making out, while she looked away.

For weeks we drank Chianti and ate cheap shrimp rings from Food Emporium. We watched old movies on his pullout couch. He listened when I talked. He was funny, and I needed that. Then he accepted a six-month stint in a musical down South. All I heard was, “I don’t love you.” He didn’t say, “I’ll miss you,” much less the L word. I felt ashamed for expecting it. All I got was a promise to spend New Year’s Eve together.

I went to Amsterdam to perform comedy. I fell for Leon. We sang karaoke and translated children’s books aloud in bed, laughing. He spoke five languages. A socialist government worker, and Catholic, he was my parents’ dream.

I planned to cancel Sam’s New Year’s date, until his letters started getting personal. He missed my body. He wished he’d tried harder in school. He hated his grandmother.

When the 31st arrived, I planned to tell him we’d just be friends. Leon was the easier path; he wanted me and said so. But Sam opened the door and held me before I could speak. I spent that night, then another, until I couldn’t leave.

I took Derekh Torah classes at the 92nd Street Y, and we married, but I didn’t convert yet. I wasn’t becoming Jewish for Sam; he was becoming more Jewish for me. No more shrimp rings. Sam went from secular Jew to writing sketches for the Purim shpiel. He dropped his skepticism to take my journey with me.

It turns out Sam was the Jewish man I’d been looking for all my life, my bashert. I cast my lot with him and with the Jewish people.

Before my dip in the mikveh, I pleaded my case before my beit din, the three rabbis who decide fates. I said being Jewish made me feel love-struck, with that hollow-limbed, floaty feeling of well-being. Like I was part of a long continuum of something bigger than myself. Satisfied, the triumvirate voted me onto the island and listened from the cracked door to the tiled room as I chanted naked, my voice wobbling. I ducked underwater, floating free. I emerged part of a new family, of Abraham and Sarah — and of Rose and Wolf, my future born-Jewish children.

For years, my family’s silence around religion was a cue not to share facts surrounding my faith. “Lynn’s husband is Jewish,” they answered when pressed. Geographically distant and psychologically separate, I was comfortable with the canyon of omission I’d created. When my babies were born, I dropped the last veil, owning our identity fully. To become grandparents, my mother and father let go of Santa and hovered awkwardly at the back of life-cycle events.

Choosing Sam gave me a front row seat at Rose’s JCC Purim parade. It sat me next to Rabbi Joy, who held my hand as I watched the mohel carry out the covenant at Wolf’s circumcision ceremony. It bought me a Sabbath seat at the Society for the Advancement of Judaism, where I now walk in late, fall asleep and gossip. With my family, in my home, closer to God.

Looking for Love, She Found a Jewish Partner and Faith