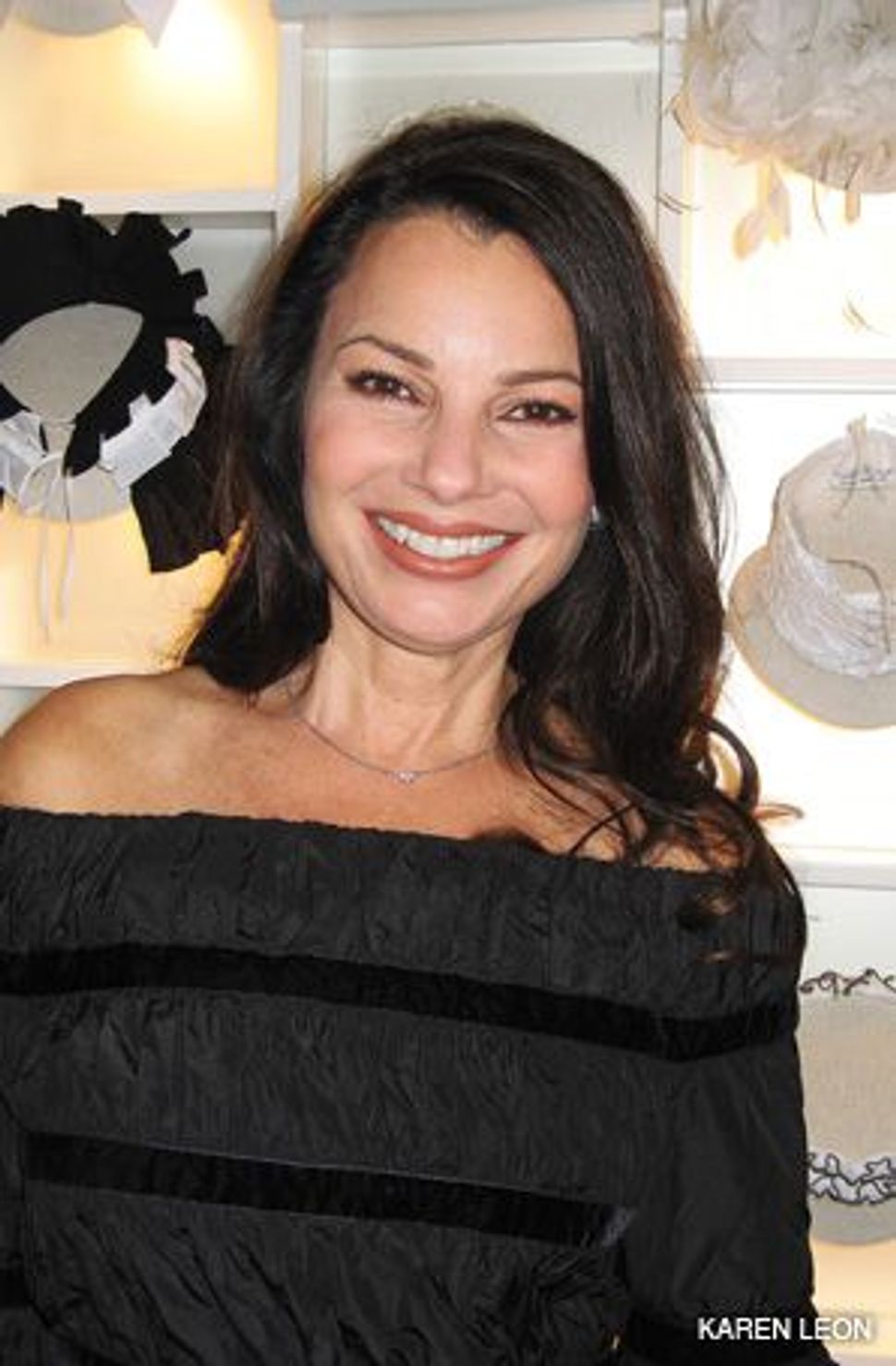 DIVA: Fran Drescher will be an envoy for public health issues.

FROM NANNY TO DIPLOMAT: FRAN DRESCHER ON MISSION TO SAVE WOMEN’S LIVES 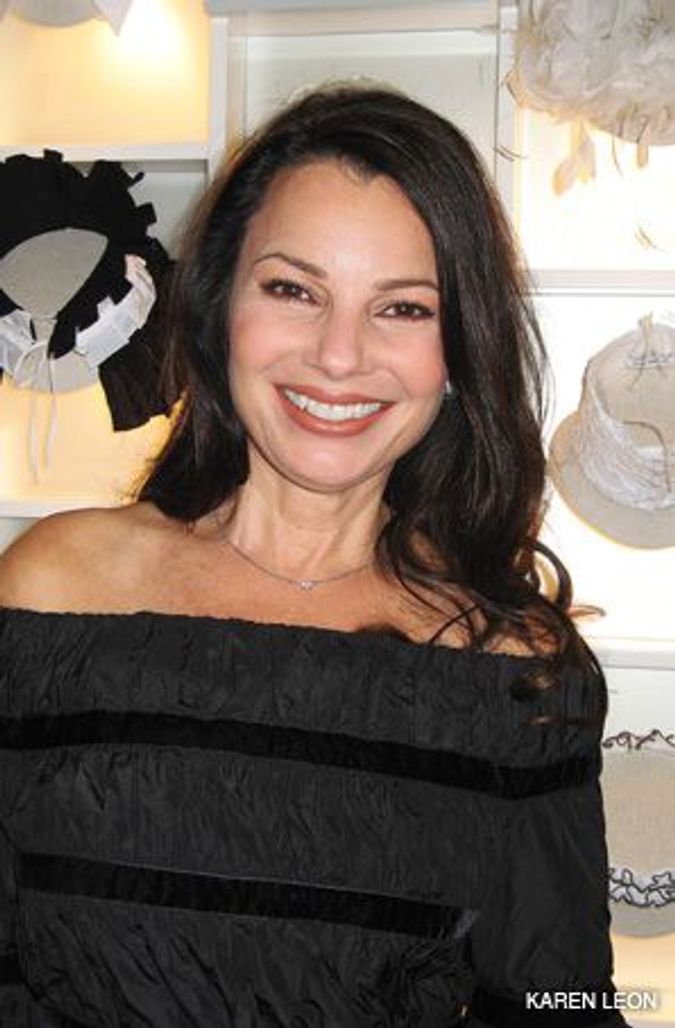 DIVA: Fran Drescher will be an envoy for public health issues.

From the wilds of the Flushing area of Queens to the hit TV series “The Nanny,” Fran Drescher, now known as “The Cancer Schmancer Lady, ” has been appointed (thanks to a recommendation by first lady Laura Bush) as the newest member of the State Department’s Public Diplomacy Envoy Program as the envoy for health issues. Hoo-ha! On September 10, amid a crush of champagne-sipping and hors d’oeuvres nibbling fashionistas at Anne Fontaine’s Madison Avenue flagship store (where I spotted a “must have” $1,800 white-satin blouse), Drescher touted her Cancer Schmancer Foundation, which aims to alert women “to get to know your family history and educate oneself about gynecological cancers.” Her first ambassadorial duties will take her to Hungary, Romania, Kosovo and Poland. “It took me two years and eight doctors before I was correctly diagnosed,” Drescher said. Asked to comment about vice presidential candidate Sarah Palin, diplomat Drescher deflected, “I am a strong supporter of Hillary Clinton.… We are nonpartisan.”

When Drescher was honored three years ago by the Albert Einstein College of Medicine of Yeshiva University at the college’s annual Women of Achievement luncheon, she lobbed a left-handed joke at the medical community: “A doctor tells his patient he has good news and bad news. The good news is that he has 48 hours to live. The bad news: ‘I was supposed to tell you yesterday.’ Too many patients are finding out today they have cancer when they should have been told yesterday.” Drescher stated: “I wrote the New York Times best-seller ‘Cancer Schmancer’ because I didn’t want what happened to me to happen to other women.… I was misdiagnosed for a perimenopausal condition I did not have.” Now free from uterine cancer, Drescher stressed, “A woman with ovarian cancer… often is misdiagnosed and mistreated for irritable bowel syndrome… 80% of all women with ovarian cancer will be diagnosed in the late stages, and 70% of them will die. That’s why Cancer Schmancer is dedicated to ensuring that all women’s cancers are diagnosed in Stage 1, when they are most curable. Remember: Stage 1 is the cure.”

Several years ago, at the opening night of Billy Crystal’s smash Broadway hit “Seven Hundred Sundays,” I was seated next to a woman who never shut up. Like a Baptist audibly confirming her pastor’s pronouncements, she articulated in a nasal twang her approval after each of Crystal’s recollections. There was something uncannily familiar about her voice. During intermission, trying not to sound judgmental, I said, “You sound just like Renée Taylor, Fran’s mother in ‘The Nanny.’” Straightening up in her seat, she turned to me and proclaimed, loud enough for all around us to hear, “I am Fran’s mother!” When I told Sylvia Drescher I was with the Forward and that I had met her daughter many times, she patted me on the back.

“My hope is that when I write my last check to the undertaker, it bounces,” said Mayor Michael Bloomberg, presenter of the Guardian of Israel award to Morris Offit at the American Friends of Magen David Adom’s September 10 inaugural New York gala. “And she is the mayor when I am out of the city [pause], and I don’t let her carry a gun,” Bloomberg joshed as he introduced Patricia Harris, his co-presenter. Of his recent TV shoot with the Muppets, the mayor recalled, “I talked to Miss Piggy, [and] lipstick aside, I stay away from pork.” AFMDA’s chairman, Mark Lebow, touted the mayor as “a man who has changed the worldwide scene of philanthropy. He has donated $200 million, annually including two floors at Hadassah hospital in Jerusalem in the name of his mother, plus the William H. Bloomberg MDA Station, in memory of his father.” Dr. Yehuda Skornick, MDA president in Israel, told the 400 guests at The Pierre: “For 60 years the MDA was not admitted to the International Red Cross — yet the Palestinian Red Cross and the Red Crescent Society were. Only after the American Red Cross withheld payment to the International Red Cross was Israel’s Magen David Adom admitted in June 2006. On 9/11 the blood donor lines outside of MDA headquarters were long. Though we knew that blood could not be sent to the U.S., it showed Israel’s support of the United States.”

“It’s uncomfortable to be eulogized,” said honoree Offit, whose curriculum vitae includes chairman of Offit Capital Advisors LLC, a wealth management advisory firm in New York serving not-for-profit institutions; founder and CEO of Offitbank and a general partner of Salomon Brothers; recent president and chairman of UJA-Federation of New York; trustee and former chairman of Johns Hopkins University, and trustee and former chairman of The Jewish Museum. “I’m a great believer in volunteerism,” Offit declared. “It’s the great strength of America, and not too many countries have volunteerism.”
Skornick, who called himself “a volunteer,” informed that “MDA has 1,500 employees and 12,000 volunteers [who] got their unique training in Israel’s seven wars with its neighbors in bombings and road accidents.” He stressed, “Our army depends on civilian backing, and our flying paramedics rescue [the injured].”