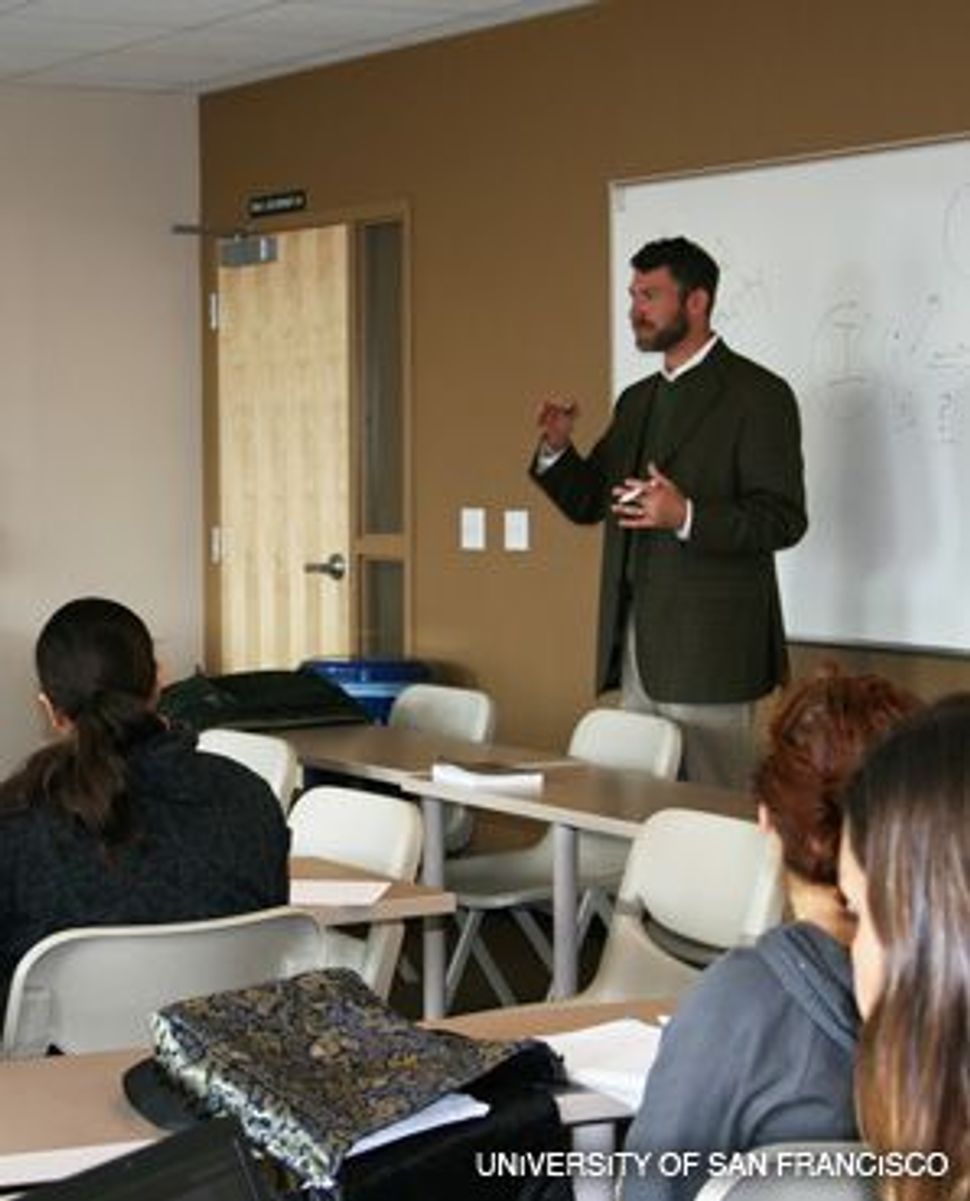 LESSONS LEARNED: Rabbi Micah Hyman was a guest speaker in a class titled ?Jews, Jewish Texts, and Social Justice Activists,? held this semester at the University of San Francisco.

Los Angeles — A Bay Area university has become the first in America to create an academic program based on a long-standing tradition: the Jewish commitment to social justice. 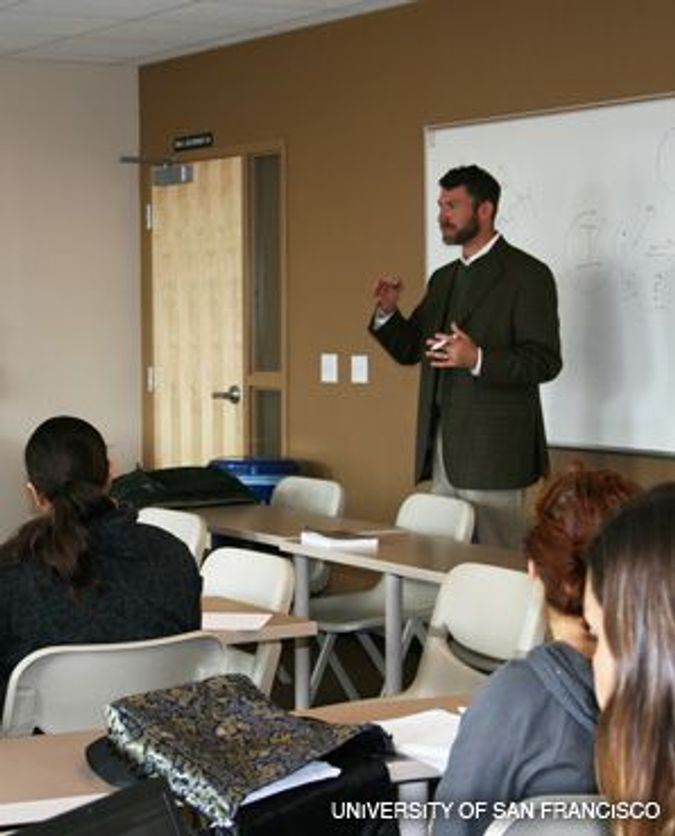 LESSONS LEARNED: Rabbi Micah Hyman was a guest speaker in a class titled ?Jews, Jewish Texts, and Social Justice Activists,? held this semester at the University of San Francisco.

This month, the University of San Francisco, a 153-year-old Jesuit institution, launched the Swig Program in Jewish Studies and Social Justice. Directed by Jewish activist Aaron Hahn Tapper, the program offers students the opportunity to carry a minor in the new track, which examines social justice through a Jewish lens.

In 2003, Hahn Tapper founded Abraham’s Vision, an educational organization that works toward transforming religious and ethnic conflicts. He will continue his work at Abraham’s Vision, where he serves as co-executive director.

Since the 1970s, Jewish studies departments have proliferated on American college campuses. More recently, Israel studies departments have carved out a place for themselves in academia. But this latest iteration — a program narrowly focused on Jewish social activism — is a departure from the more traditional departments, where academic study stands alone. The Swig program intends to marry academia with practical application.

“It’s a bold undertaking that’s really trying to shake things up,” said David Myers, director of the Center for Jewish Studies at the University of California, Los Angeles.

Social activism has long been a defining characteristic of the Jewish people. In the early part of the 20th century, Yiddish labor activists organized workers in protest of abhorrent factory conditions. That kind of protest — rooted in the Jewish notion of tikkun olam, or repairing the world — was reflected again during the civil rights movement, when Jews flocked to the South to oppose segregation.

During the past decade, a new crop of young Jewish social justice activists has emerged as a growing force in Jewish life. The success of such groups as the Progressive Jewish Alliance — a California-based grass-roots organization — points to the renewed Jewish focus on issues of racial, economic and gender equality. Recently, the Conservative movement created Heksher Tzedek, a justice certification for kosher meat. The initiative was conceived in the aftermath of the Forward’s reporting on Agriprocessors, the country’s largest kosher slaughterhouse, which has been accused of mistreating workers and animals.

In an indication that the burgeoning social justice movement is hitting the mainstream Jewish world, Daniel Sokatch, who previously led PJA, was tapped last spring to become CEO of the Jewish Community Federation of San Francisco.

The Swig program is for Jews and non-Jews alike. An estimated 5% of USF’s 8,000-member student body is Jewish.

To Hahn Tapper, an academic institution is the perfect setting to train students to have a real-world impact. “The purpose of education as this university sees it, and as I see it, is not to merely attain certain skills but to take those skills and go out and change the world for the better.”

One of the core classes, “Jews, Jewish Texts, and Social Justice Activists,” examines five social justice issues — economic justice, gender equality, sexual-orientation equality, environmental justice and racial and ethnic equality — in the context of Jewish text. As part of the course, 17 Jewish social justice practitioners from the Bay Area — including Rabbi Menachem Creditor, who advocated for the ordination of gay and lesbian rabbis in the Conservative movement — will visit and speak to the students.

“Nothing like it exists in the country,” Hahn Tapper said, referring to the course. “And I say that with regret, not with hubris.”