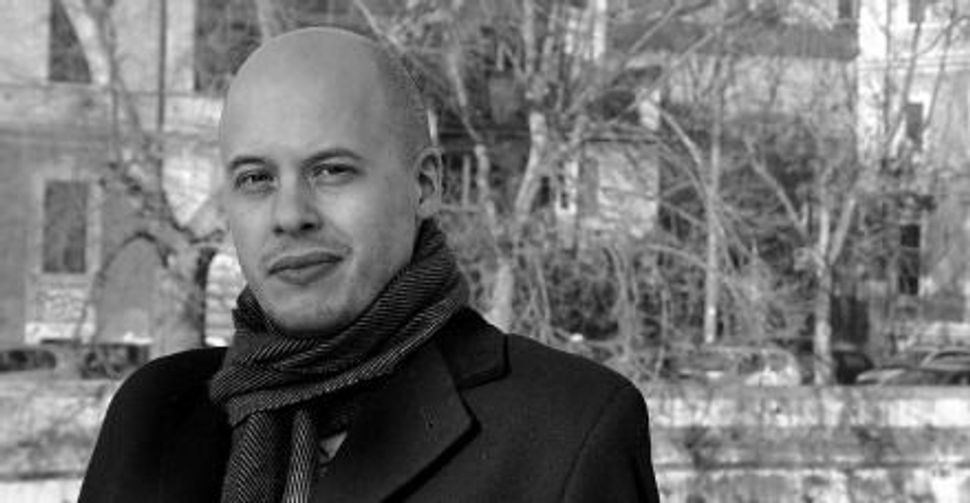 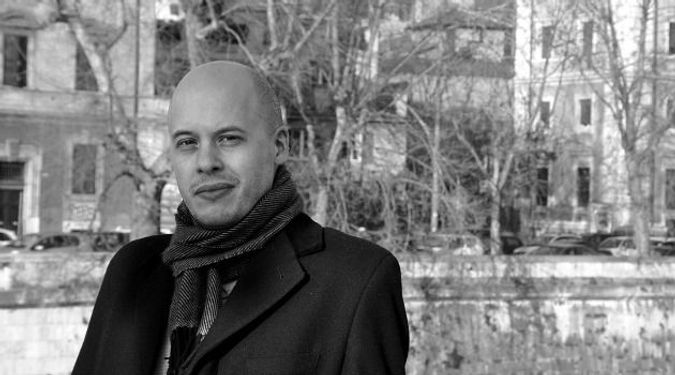 Grown-Up Spooky: Lev Grossman?s best-sellers are fantasies, but they?re not for kids. Image by Sophie Gee

Lev Grossman does not tire of his best-selling fantasy novels being called “Harry Potter for adults.” While “Potter” is marketed to children and happens to attract adult readers, “The Magicians” (Viking, 2009) and its new follow-up, “The Magician King,” are designed for adults. The books are filled with drinking, cursing and sex, and, things aren’t resolved simply because bad guys get “offed.” Grossman’s hero, Quentin Coldwater, is king of a magical land, who faces a quest that becomes inseparable from his wizard’s existence. The darker story line is that of his friend, Julia, who is denied entry into the magic college where Quentin studied and must make horrific sacrifices to learn and do magic on her own. Grossman spoke with the Forward’s Allison Gaudet Yarrow about his books, why he feels he “wasted” his 20s and the edifying Seders of his youth.

Allison Gaudet Yarrow: How did you come to write the “Magician” books?

Lev Grossman: I really had to think hard about the greatest, most electric, emotional reading experience I ever had and, if I was honest with myself, it was reading the “Narnia” books. I started to wonder whether it would be possible to write a book like that for adults. Using adult language, the language of literary fiction and leaving in all the things that a young adult novel would leave out, namely the difficulty and pain of being an adult.

And cursing and sex.

Yes, and drinking. Lots and lots of drinking.

“The Magician King” is rife with contemporary pop culture references. Does this bring fantasy to a broad audience, or could it date the book down the line?

I wanted everything that exists in our world to exist in the world of the magicians. There are brand names. It meant mentioning “Harry Potter.” It’s absurd to pretend that the characters, who go to a secret college for magic, haven’t read “Harry Potter” and aren’t comparing their experience to what they’ve read about.

Religious and biblical mythologies play a large part in “The Magician King.” Why introduce religion into the world of magic?

J.R.R. Tolkien was a passionate Christian, and so was C.S. Lewis. If you’re going to talk about magic and the supernatural, you have to start thinking about where they come from. If you start pulling that thread long enough, you’re going to run into some gods eventually. My book is not a book about religion. I am a person without any religion himself.

What role did your father’s Jewish upbringing play in your own development and in your writing?

My dad thought about becoming a rabbi. He had a crisis of faith. We weren’t very observant growing up. The only thing we did was Passover. My dad’s incredible fluency in Hebrew would magically come out. He would do all this hermeneutic wizardry with the text of the Haggadah. My parents were English professors, so textual interpretation was a major family game.

You have a major Facebook and Twitter presence. Is it necessary for a modern author to have social media chops?

It’s absolutely a distraction. There’s a little lever over there, and you know that if you press it, you’re going to get a little pellet that you can gnaw like a guinea pig. Whereas writing a novel, it’s a slow heavy lever that you press over the course of several years. Then you get a very large pellet. Sometimes you just want to hit the little lever and get a pellet every minute. Some authors have to do it, and I’m one of them.

Why is that important to you?

People had funny ideas about who I was. I went to Harvard. I went to Yale, and I worked for Time magazine. By the time you’re done with those three proper nouns, you’re imagining this guy who went to prep school and wears an ascot and is a bossy person who thinks he’s important. When people meet me, they go, “Here’s this short, skinny bald guy with real serious self-esteem problems. That’s not at all what I expected.” Fortunately there’s this tool, which is social media. I started doing that so people could get to know me.

More than magic, the book seems to me to be about two people, Quentin and Julia, who work to escape their past selves and lives. Do you think this is particularly relevant, now that the Internet prevents us from escaping who we are?

There’s a thing everybody has to do, with or without the Internet, and that’s think hard about what you’ve got and what you haven’t got, and why you haven’t gotten it. I wasted most of my 20s. I had a bad marriage. I made all sorts of mistakes that affect who I am now. It’s hard to go back to the earlier parts of your life and accept that person who did those incredibly stupid things that are screwing up your life right now. That’s the funny thing with the Internet. It’s like Faulkner said, “The past isn’t dead. It’s not even past.”

What changed for you?

My daughter was born. I didn’t want her father to be this guy who wasn’t happy and living the life that he wanted to live. I was 35, and the time for moping was at last over. It’s never too late to pull yourself together and figure out what you’re meant to be doing and how you’re going to do it. That’s what happened. Lily looked back at me, and she believed in me. She thought, Daddy, you’re fantastic. Just go off and do what you have to do. And, by God, I did.

Are you living the life you want to be living now?

I have this incredibly wonderful family; I’m married to this amazing woman. Things are going so much better than I ever thought they could. “The Magician King” is on the best-seller list. How could that possibly have happened? It’s so wonderful. I’m still trying to understand it.