Immigration Activists Retrench for Another Round of Debate 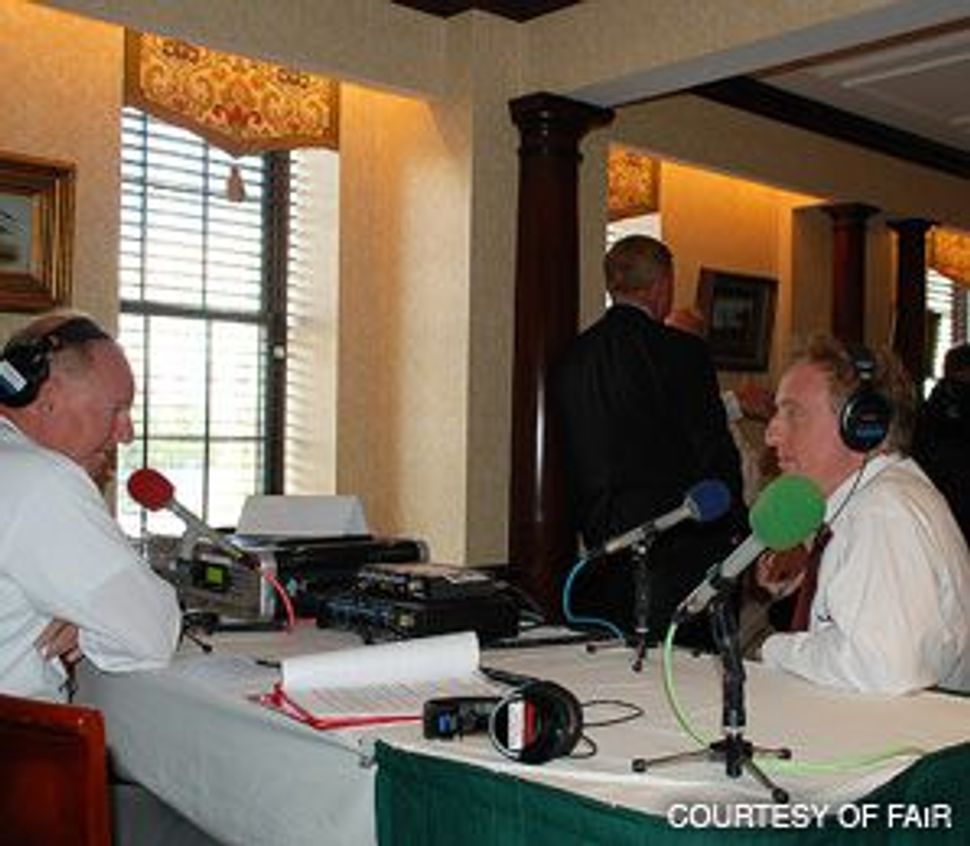 TALKING IN THE HALL: Conservative radio hosts gathered to broadcast en masse from the U.S. Capitol on September 10 and 11 to rally support for a crackdown on illegal immigration.

Washington — With immigration reform placed on the back burner in the presidential political debate, groups supporting and opposing changes in immigration policy are intensifying their efforts to bring about change once a new administration and Congress come to Washington. 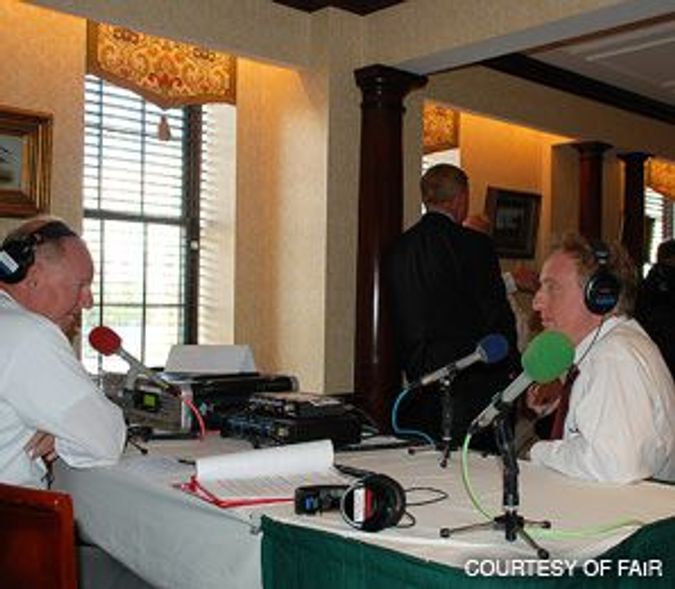 TALKING IN THE HALL: Conservative radio hosts gathered to broadcast en masse from the U.S. Capitol on September 10 and 11 to rally support for a crackdown on illegal immigration.

Although Republicans and Democrats have fiercely argued the issue, McCain’s views on immigration are closer to those of his rival, Senator Barack Obama, than to the Republican Party line. Given this odd political alignment, neither side seems to have an interest in moving immigration issues to the top of the debate.

An immigration raid that took place May 12 at the Postville, Iowa, kosher meat-processing plant Agriprocessors, in which nearly 400 employees were arrested, drew attention to the plight of undocumented workers and helped galvanize supporters of immigration reform, who advocate opening America to more legal immigrants and to finding ways to legalize undocumented workers who are already here.

At a September 14 Midwest Interfaith Immigration Summit in Columbus, Ohio, members of 20 different faiths from throughout the region discussed ways that communities can mobilize to push forward immigration reform by strengthening ties with immigrant workers and by training leaders of faith groups in advocacy.

The Hebrew Immigrant Aid Society’s president and CEO, Gideon Aronoff, who attended the interfaith gathering, said that the appeal to grass-roots support developed after Congress failed to pass immigration reform. “Pro-reform groups were strong, but not organized well enough. Our greatest lesson was that we need to expand and deepen our outreach,” Aronoff said.

HIAS would like to begin to move beyond Washington advocacy to grass-roots operations.

After the Postville raid, HIAS received requests from local communities across the nation to arrange meetings and discussions on immigration.

“Agriprocessors was a clarion call for the Jewish community,” Aronoff said. “An issue that we are used to thinking about in the philosophical level suddenly actually hit us where we eat.”

The significance of immigration issues was echoed by many Jewish groups that were active in the failed 2008 attempt to persuade Congress to adopt immigration reform legislation. Now these groups feel reinvigorated.

The Union for Reform Judaism adopted a resolution September 15 expressing dismay at the way undocumented workers were treated during the Postville raid. Rabbi Marla Feldman, director of the Commission on Social Action of Reform Judaism, said that the Postville events underscored the need for a change of policy.

“The current immigration system creates an underground network of immigrants and prevents them from defending themselves against abuse and from stepping out of the shadows,” Feldman said.

Also flexing their muscles are some conservative radio talk-show hosts who oppose liberal immigration policies and have joined an organization called the Federation for American Immigration Reform. When FAIR lobbied on Capitol Hill on September 11 and 12, radio professionals gathered in one long hall and broadcast their shows from there.

The most well-known member of FAIR is CNN’s Lou Dobbs, anchor and managing editor of “Lou Dobbs Tonight.” Dobbs sometimes devotes much of his show to fighting free immigration and opposing the idea of blanket amnesty for undocumented workers.

“We wanted to let Congress know that immigration is still an important issue for many citizens across the nation,” said FAIR’s national media director, Ira Mehlman. FAIR’s work was criticized by the Anti-Defamation League, which has been tracking the work of anti-immigration organizations. The ADL argues that despite FAIR’s statements that it wants to solve problems of illegal immigration, FAIR is using stereotypes of immigrants to fight open immigration.

“They basically oppose the entry of Latinos to this country,” said Marilyn Mayo, co-director of the ADL’s Center on Extremism. She says that while FAIR is not among the extreme anti-immigration groups, its ties with lawmakers are worrisome.

“We are concerned that the rhetoric of groups like FAIR will seep into the mainstream discussion,” Mayo added.

Mehlman said that Jewish groups such as the ADL are disconnected from what ordinary Jewish people are feeling.

“American Jews see these issues on a daily basis. It’s their tax dollars that have to pay for the illegal immigrants and their health insurance premiums that increase in order to cover the uninsured,” Mehlman said. On September 17, in New York, Aronoff joined several other religious leaders, immigration activists and trade union officials for a dinner marking the end of the Ramadan month of fasting. The focus, according to organizers, was on immigration reforms to help keep families together.

Immigration Activists Retrench for Another Round of Debate