The Lehmans? They’ve Moved On. Sad? A Little. 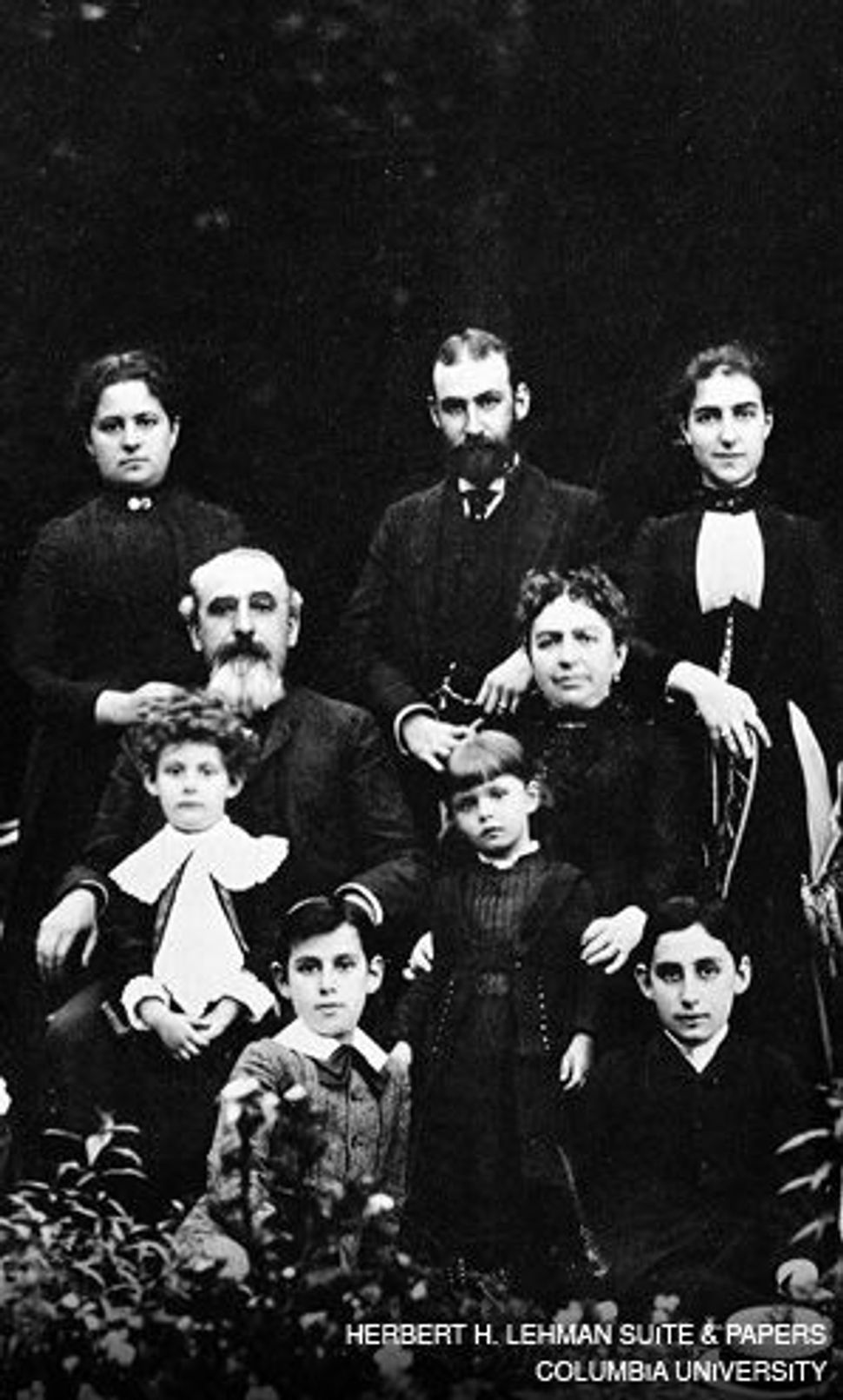 FAMILY FIRM: Mayer Lehman (seated, with beard) and his descendants became one of America?s most prominent German Jewish families, but few are associated anymore with the failed financial giant.

If there’s anyone unaffected by the collapse of the Lehman Brothers investment bank, it may be the Lehman family. 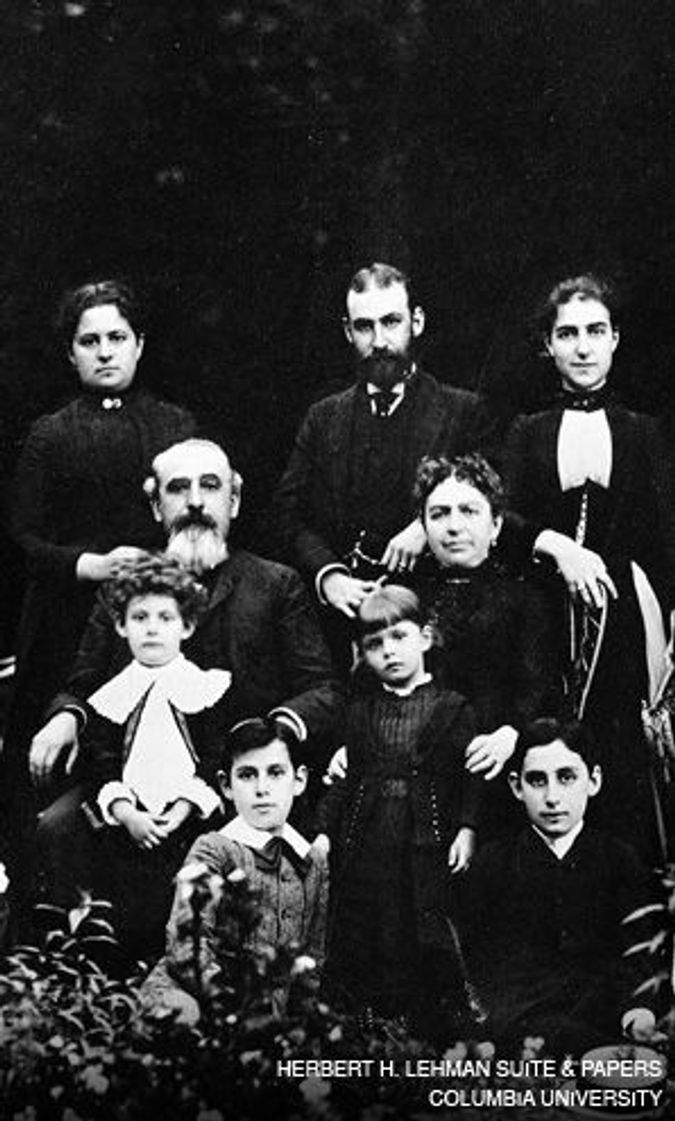 FAMILY FIRM: Mayer Lehman (seated, with beard) and his descendants became one of America?s most prominent German Jewish families, but few are associated anymore with the failed financial giant. 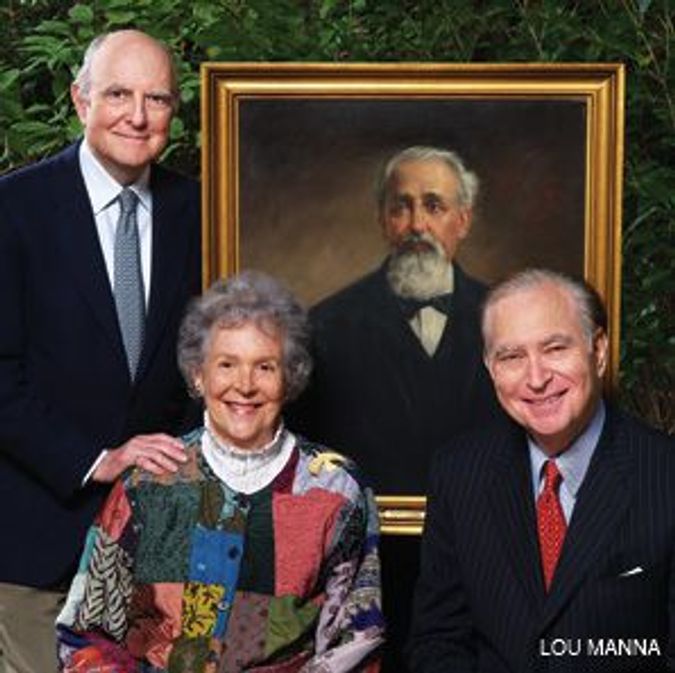 The descendants of Mayer and Emanuel Lehman, two of the German Jewish brothers who lent the firm its name in the 1850s, remain a tightly knit clan ensconced in New York’s upper crust. But they have not been actively involved in the company since 1969, and family members say that they and their relatives are not even shareholders.

In a decision that shook Wall Street, Lehman Brothers, once a major investment bank, filed for bankruptcy on September 15.

“It’s not happy to see one’s family’s name in a situation like this, but I don’t think it’s going to in any way change their lifestyles,” said John Loeb, a great-grandson of Mayer Lehman.

Loeb’s lifestyle has not changed much in his 78 years: He still lives in his father’s mansion in Purchase, New York.  A philanthropist and investment banker who served as a United States ambassador to Denmark, Loeb celebrated a recent birthday with a walk down a red carpet at Blenheim Palace, Winston Churchill’s ancestral home.  His children, like Russia’s last czar and czarina, are named Nicholas and Alexandra.

Within his family, Loeb’s aristocratic leanings are common. A second cousin, Robert Morgenthau, has been the district attorney of Manhattan since 1975; Morgenthau’s father Henry was Franklin Roosevelt’s treasury secretary.  A great-uncle, Herbert Lehman, was a New York governor and represented New York in the United States Senate. When the large family — Mayer Lehman alone has about 600 descendants — gets together en masse, as it did in 1989 for a reunion in the Robert Lehman Wing of the Metropolitan Museum of Art, The New York Times shows up to take pictures.

“We had everybody at this reunion from Wendy Vanderbilt to Matthew and Adam Bronfman, both of whom have become very religious,” Loeb said, suggesting the religious spectrum that the Lehman clan now spans. Once strictly Reform Jewish, family members are now related by marriage to WASP-ish families such as the Vanderbilts and strongly affiliated Jewish families like the Bronfmans.

The first Lehmans in the United States were immortalized along with other famous Jewish families in “Our Crowd,” Stephen Birmingham’s classic 1967 history of New York’s most prominent German Jews. The society Birmingham depicted was solemn, cloistered and perfectly groomed, walled off from both the WASP upper crust that rejected Jews and the Jewish hoi polloi.

“These were almost self-consciously honest people,” Birmingham told the Forward.  “They really wanted to be good American citizens and pillars of their community.  You don’t see that very much on Wall Street anymore, but you do in the higher reaches of so-called New York society.”

The Lehmans’ clique became more diffuse, Birmingham posits in “Our Crowd,” as barriers to assimilation fell away.

“I grew up in a world that doesn’t exist anymore,” said Loeb, one of the family’s senior members, who describes himself as “sort of the family genealogist.” Today, he said, relatives are scattered from Oxford, England, to Louisiana, and involved in every sector from politics and philanthropy to photography and children’s book writing. (Loeb’s 33-year-old son, Nicholas, works for Lehman Brothers in Palm Beach, Fla.— the only family member, according to Loeb, employed by the company.)

The imprint of the “our crowd” world remains, though, especially for the family’s older members.  Some belong to the Harmonie Club in Manhattan and the Century Country Club in Purchase, N.Y., which were founded as German Jewish alternatives to country clubs that excluded Jews.  These institutions do not officially identify as Jewish, but their membership remains overwhelmingly so — creating an uncomfortable ambiguity that led Michael Bloomberg, now the mayor of New York, to resign from the clubs in 2001, citing their lack of diversity.

Robert Bernhard, another great-grandson of Mayer Lehman’s and the last Lehman descendant to serve as a partner in the firm — a position he held until 1973 — served on the board of Temple Emanu-El, the religious center of New York’s Reform Jewish elite, in the same fraternal spirit in which he belongs to the Harmonie Club.

“We’ve almost always had some representative on that board,” Bernhard said. His sense of noblesse oblige went so far that he later became the temple’s president. He was invited to serve even though he was not much of a synagogue-goer. “I will admit that today, I do go to the High Holy Days,” he said. The younger Lehmans are less involved in the “crowd’s” institutions, but friendships between their families and those of Guggenheims, Schiffs or Warburgs have been cemented, in part by ties of marriage.

Asked whether he remains in touch with those families, Bernhard told a reporter, “Virtually everybody in New York, except you, are related.” Birmingham, whose friendships with Loeb (from the Hotchkiss School) and Bernhard (from Williams College) preceded his academic interest in the family, waxed nostalgic for the Lehman Brothers of old.

“I remember their office on South William Street,” he said.  “The waiters with white gloves in the executive dining room, and you’d have your choice of steak or lobster; and the fabulous view of the river; and the elevator operator, when you walked in the door, would say, ‘Welcome to Lehman Brothers, Mr. Birmingham.’  This is all gone.”

Wendy Lehman Lash, a great-granddaughter of Mayer Lehman’s and president of the Edith and Herbert H. Lehman Foundation, put it another way.   “It’s very sad,” she said, “to see the family name go down the drain.”

The Lehmans? They’ve Moved On. Sad? A Little.