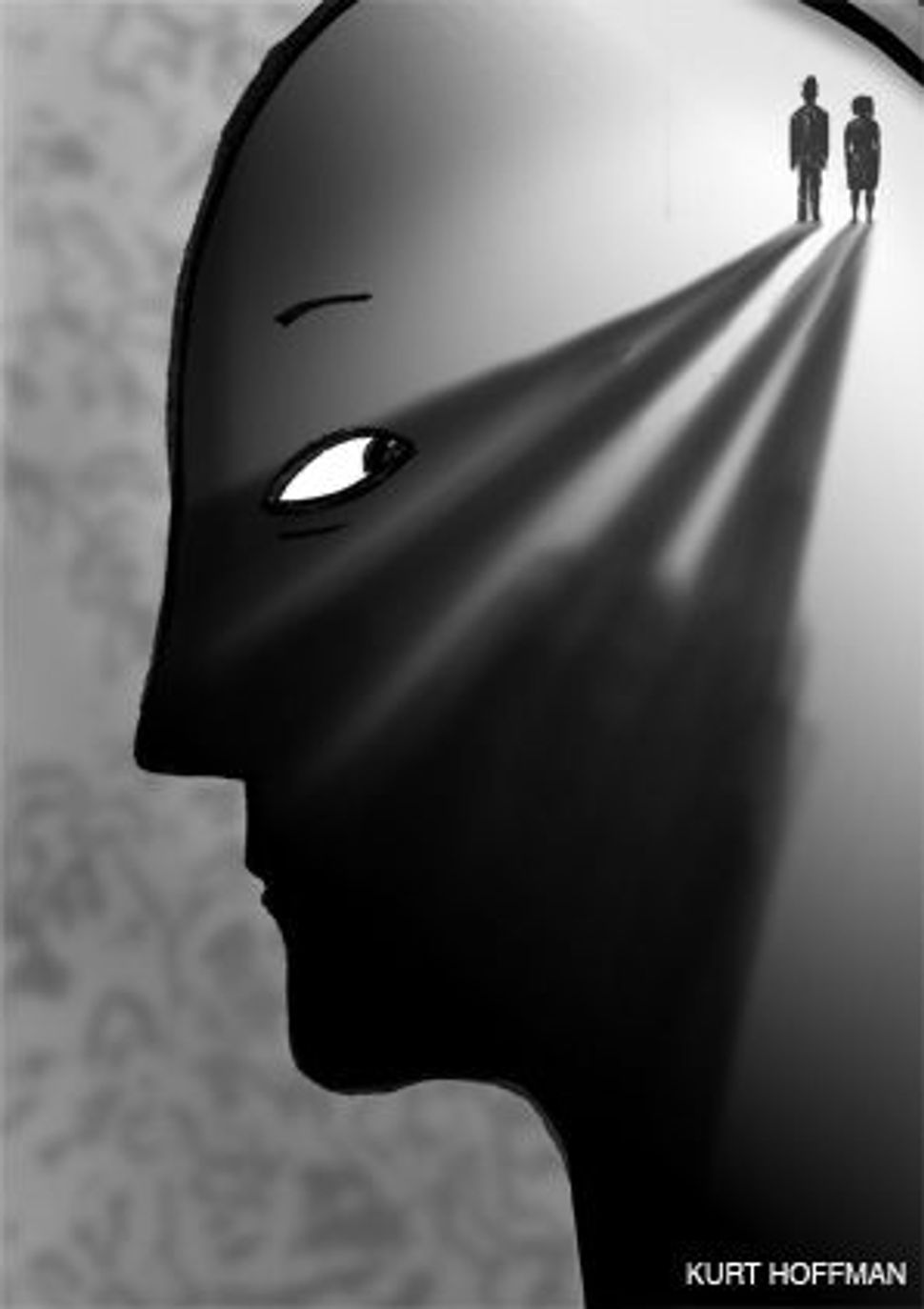 I barely spoke to my parents for two years before their deaths. After a longtime strained relationship, I didn’t call them and they didn’t call me. You could say we abandoned each other, but the duty for keeping in touch falls on the grown child and I didn’t do it. 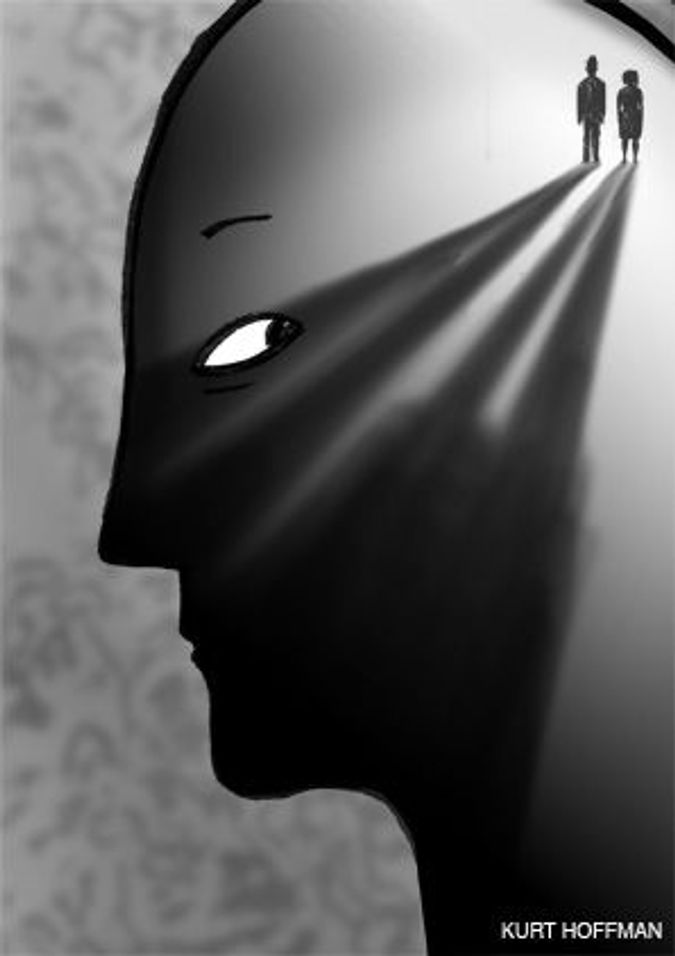 I’ve read many accounts of loving, if trying, relationships between children and aging parents. But what about adult children who are so estranged from their parents that the process of their dying and death occurs at a distance? The whole situation is a shande — a shame.

At the end of their lives, I pledged never to feel regret. After years of trying to please them, after struggling with a critical and controlling mother and a father who never intervened, I reached the point where I couldn’t be around them. As a single woman in my late-30s, I reasoned that if I took care of them, I would sentence myself to chronic illness and a good chance of living the rest of my life alone. If I took care of myself, I might have a chance for happiness. In short, I’d constructed a “me or them” paradigm.

I’ve been haunted by that decision ever since. For years, during the High Holy Days, I would falteringly pray for forgiveness. I enter this season of teshuvah to try again.

My mother was an ambitious, single career woman in New York. At 40, on a blind date, she met my 47-year-old bachelor father. Eight months later, they married. In the 1950s and ’60s they worked 60-hour weeks in their Bridgeport, Conn., pharmacy. I was their only child.

I had virtually no relationship with my father. At work, he was a beloved and trusted professional. At home, he spoke clichés, washed dishes and had no idea how to relate to a daughter.

Into adulthood, I was very close with my mother. She was opinionated and bright. Her aggressive certainty gave me comfort. Here was someone who knew what was right and what was wrong, who was good and who was bad. She was also prone to irrational outbursts.

When I was 9, she accused me of stealing a $20 bill from her purse. I hadn’t done it, but she was so certain, so badgering in her interrogation, that I falsely confessed. I said I’d put it into a book. I started to open books in our floor-to-ceiling bookshelves, acting out a charade. In the middle of the night she awoke me, asking how I could sleep knowing what I had done. She told me the police were coming. I was terrified. The siege lasted three days. On the third day she found me crying in the basement, moaning, “Where is it? Where is it?” I was going batty. She stopped. Life went on.

There was college, then journalism school, then jobs at two newspapers, fulfilling my mother’s dream that I become a writer. I called home every day for years. When I became seriously ill in my late 20s with ulcerative colitis, an inflammation of the large intestine, I went to my parents’ home to recuperate. My mother said to me, “If you cared more about other people and less about yourself this wouldn’t be happening to you.” I took “other people” to mean her.

From that point on, my relationship with my parents hit rock bottom. I began to retreat and they resented me. Their cold voices and general disapproval on the phone cut through me. During my infrequent visits home, my mother stood, arms rigid at her sides, when I went to hug her. Eventually we stopped talking altogether. By then my parents were in their 80s.

One day, a cousin asked how I felt now that my parents had moved from Connecticut to Philadelphia to be near me. I was stunned. They had moved within 10 minutes of my home without telling me? I was paralyzed, panicked that I might run into them on the street.

Four weeks later, the phone rang at 6 a.m. The answering machine picked up. “Daddy died last night,” my mother said weakly. My heart beat out of my chest. I composed myself and went to their apartment. There was my father, in bed, smiling peacefully. He was 87 and had died in his sleep. My mother was a little disoriented but happy to have me back. I didn’t want to re-establish a close relationship. I flew to California for Passover that year instead of staying with her.

At my friends’ Seder, I met the sister of the man I would marry. At my wedding, I didn’t ask my mother to walk me down the aisle. I turned down her request to have lunch on my 40th birthday.

Shortly thereafter, she was diagnosed with advanced ovarian cancer. “My life is over and yours is just beginning,” she said when I went to see her. I was 40, finally healthy and pregnant. It was the last time I saw her.

At her funeral, I shoveled dirt into her grave with deliberation. I was burying my nemesis.

My first son was born five months after her death, my second son two years later. Eight months after that, I became divorced and a single mother with full custody of my children. My financially organized mother died without a will, yet the money she left me — inadvertently? deliberately? — enabled me to avoid the desperation that plagues so many single mothers.

A year and a half later, I met the man whom I would marry for good. Besides my two sons, I now have three stepchildren and a large extended family. My life has blossomed. I wish that my parents could see their growing grandchildren and could experience the blessings of a loving daughter. I wish I had been different and they had been different. I might as well wish for life in a parallel universe.

It is too late to do the right thing. I have many regrets — that I wasn’t more mature, that I didn’t recognize that my parents were old and dependent. Most of all, I regret that I didn’t have compassion.

I look at what I’ve done and how I’ve tried to repair it. Teshuvah, the Hebrew word for repentance, literally means “returning.” My first act was to co-sponsor with my husband the book “A Day Apart: Shabbat at Home,” by Noam Zion and Shawn Fields-Meyer. When the opportunity arose, my reaction was reflexive: Great! This is an opportunity to reframe the way my parents could be memorialized. The dedication reads: “In loving memory of our parents.”

Loving memory? I would like to say this is true, but the truth is more complicated. My memories sit frozen inside me.

I’m doing the actions, not feeling the feelings. And that, according to Jewish tradition, is alright. “Do and then listen” is how the Israelites responded at the foot of Mt. Sinai.

Still, I tried again. I created a fund in my parents’ names at Hiddur, a program at the Reconstructionist Rabbinical College that provides spiritual care for the Jewish elderly.

Teshuvah can be a tricky business. Isn’t there something smarmy about repenting at this late date? What good does it do to try to re-frame the relationship I neglected almost two decades ago? Am I fooling myself that greater maturity would have helped me deal with my difficult parents? Have I forgotten how hard it was?

These questions are unanswerable. What I do know is that when I enter the synagogue this season, I will reconsider my past and ask for forgiveness. “Tzedek, tzedek tirdof,” it says in Deuteronomy. “Justice, justice you shall pursue.” I will never achieve justice for my parents. Once again, I will repent.

Linda Kriger lives and writes in Philadelphia. She was a reporter for the Philadelphia Inquirer and the Providence Journal.