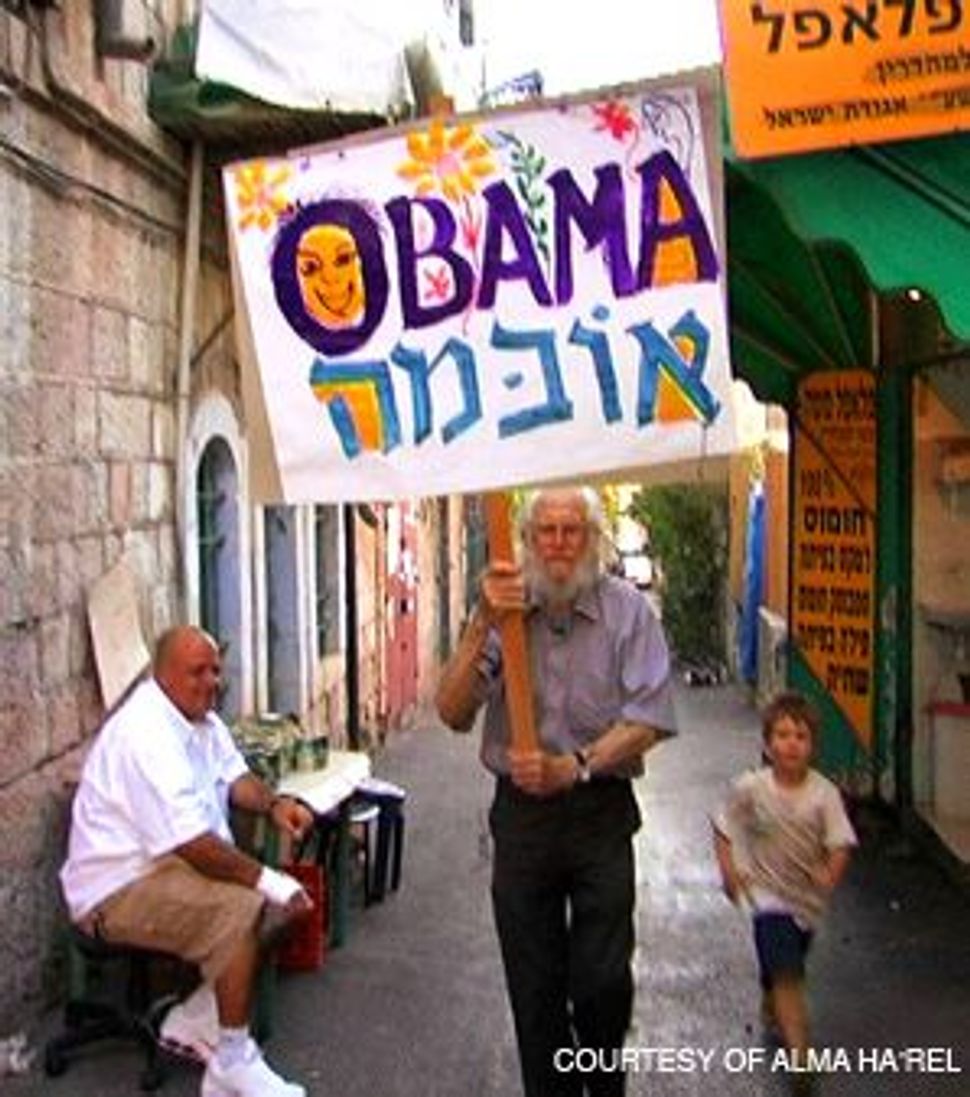 ON THE BIG SCREEN: Two Israeli-American filmmakers travelled around the Jewish State to create a short video aimed at convincing American Jews that Barack Obama is a friend of Israel. 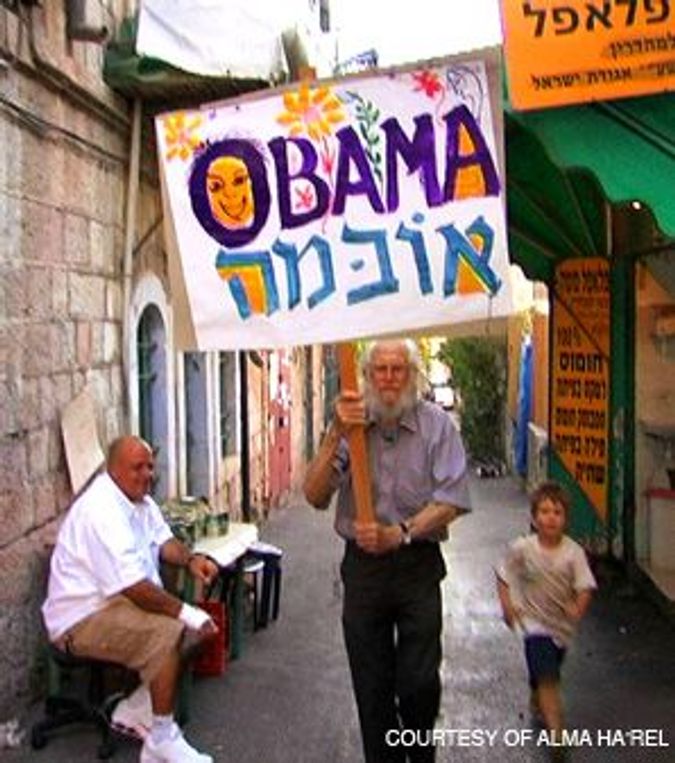 ON THE BIG SCREEN: Two Israeli-American filmmakers travelled around the Jewish State to create a short video aimed at convincing American Jews that Barack Obama is a friend of Israel.

A Jewish pro-Obama group and two Israeli-American filmmakers have released “Israelis for Obama,” a three-and-a-half minute video aimed at convincing American Jews that the Illinois senator is a friend of the Jewish state. The video features a wide range of leading Israeli voices — from Amnon Lipkin-Shahak, former chief of staff of the Israel Defense Forces, to former Knesset member Naomi Chazan — who express support for the Democratic nominee.

As false rumors have swirled around Obama — among them, that he is a Muslim and that he has ties to the Palestine Liberation Organization — his campaign has pushed hard to reassure American Jews that he is a stalwart supporter of Israel.

In recent weeks, Jewish activists working outside the confines of the campaign also have redoubled their efforts. Rabbis for Obama, a grass-roots group of 368 American rabbis supporting the Democratic presidential nominee, formed in mid-September.

The new video, released September 22, seeks to show that a wide range of Israelis is backing the Democratic candidate.

“It’s important that American Jews know that there is broad support for Obama in Israel,” said Doni Remba, president and executive director of the not-for-profit group Jewish Alliance for Change, which backed the video. “The image portrayed by the smear-mongers is that Israelis must think that Obama is against them, whereas, in fact, a lot of Israelis think that Obama will be a great friend to Israel.”

The video was conceived and directed by Alma Har’el, an Israeli music video director who lives in Los Angeles. Har’el, 32, said that she came up with the idea after noticing that the American media inaccurately portrayed Israelis as being overwhelmingly for McCain, even as many support Obama. Har’el — who moved to L.A. from Tel Aviv three years ago to join her husband, Israeli-American filmmaker Boaz Yakin — said that because she is from Israel, she felt that she had to do something to set the record straight.

Har’el also noted that many of the more than 20 Israelis featured — including Israeli actress Noa Tishby and Jerusalem-based artist Avraham Yakin, who is depicted painting a pro-Obama sign — agreed to take part in the project because they, too, thought that Israeli sentiment toward the Democratic candidate was being misrepresented in America.

“It’s not true that everybody is afraid of Obama because his middle name is Hussein,” Har’el said. “We had peace with the king of Jordan, and his name was Hussein.”

In fact, a portion of the video — which was produced by Yakin and shot by an all-volunteer crew — features a wide range of Israelis pronouncing the name Hussein, in a seeming attempt to demystify its significance.

Still, some political observers note that Obama’s Arabic middle name is not the only feature of the candidate’s biography that has raised red flags among some American Jews. Obama’s race, observers say, is also a factor that could deter some Jews from pulling the lever for him.

“There are Jews of a certain age and perspective who have great difficulty dealing with an African-American at this level of authority,” said political scientist Steven Windmueller, dean of the Hebrew Union College-Jewish Institute of Religion’s Los Angeles campus. “That, too, is an element that has to be put in the mix.”

The film, which Har’el shot this past summer in cities across the Jewish state, is being distributed online and on DVD. The Jewish Alliance for Change is making 20,000 DVDs that will be distributed throughout America, particularly in the swing states of Florida, Pennsylvania and Ohio.

Donna Bojarsky, a liberal L.A-based political consultant, said that in those key states, as well as in Michigan, the Jewish vote could make a significant difference in the November 4 election.

Har’el, Remba and Yakin are planning a mid-October bus trip through the battleground states to show the film to Jewish audiences. At the same time, they will shoot footage of American Jewish seniors who have switched camps to Obama from McCain, and they will post that video online.

Remba said his hope is that “Jews will start to hear in the few weeks before the election that there is a shift going on of American-Jewish voters toward Obama and Biden.”