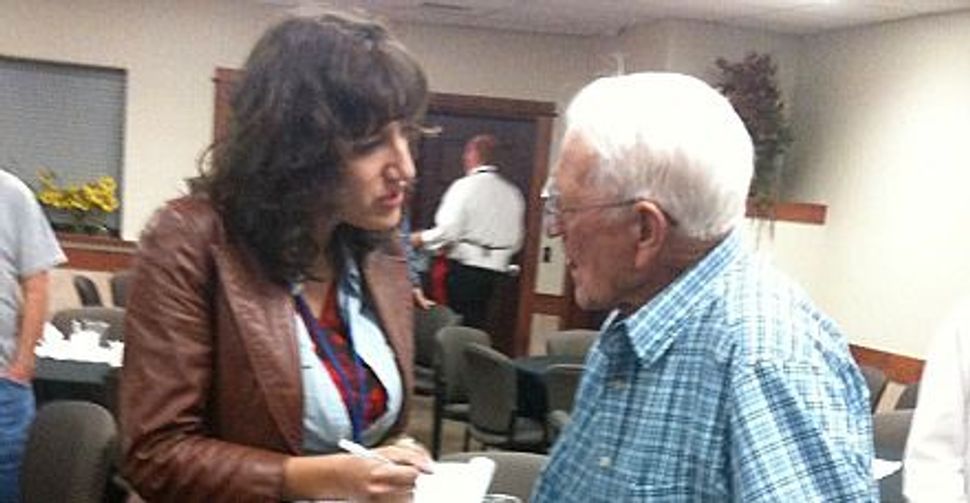 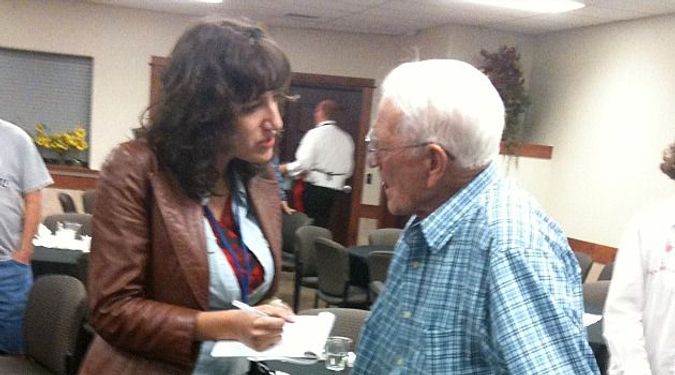 Intrepid Reporter: Utah native Naomi Zeveloff conducts an interview for her story about a failed Jewish farming colony in the American West.

This week, host Josh Nathan-Kazis is joined by Forward staff writer Nathan Guttman and Forward Fellow Naomi Zeveloff to discuss Israel’s security and its relationships with the Arab world after protestors knocked down a wall outside of Israel’s embassy in Cairo. Then, Democrat David Weprin was defeated by Republican Bob Turner in a special election for Anthony Weiner’s congressional seat in a race in which Israel was a major issue. Lastly, Naomi talks about a recent trip she took to a failed Jewish farming colony in Utah and why Mormons are fascinated with Jews.