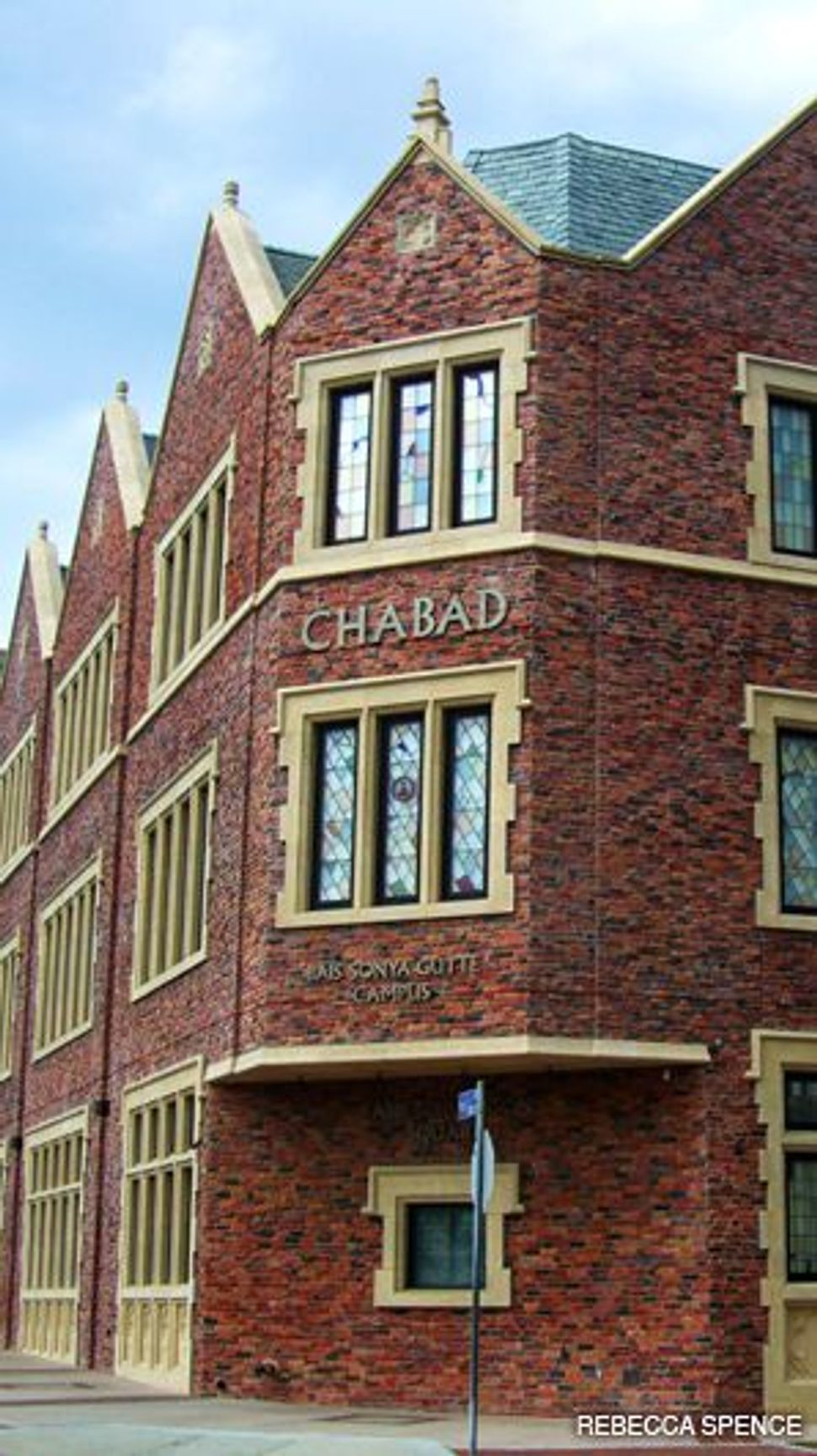 Los Angeles — The ultra-Orthodox Chabad movement is famous for multitasking, with its religious services, schools and museums, but a new development in Los Angeles is taking Chabad in an unexpected direction: the commercial and residential real estate business. 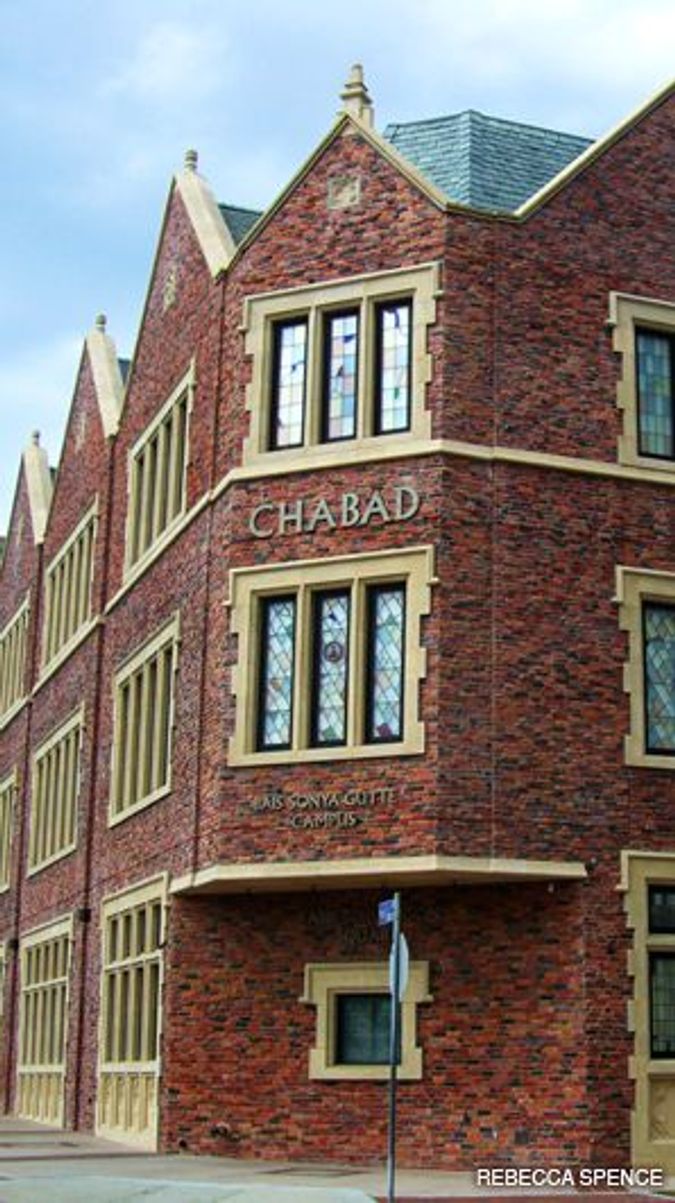 Chabad of California is angling to build a massive, mixed-use development that would include a girl’s high school with its own dormitories, 32 residential condominiums, and seven retail shops, in the heart of the heavily Jewish Pico-Robertson neighborhood. The proposed complex — which is raising hackles amongst some neighborhood activists — would dwarf other existing buildings that line the pedestrian-friendly stretch of Pico Boulevard.

Hasidic sects are not new to the residential real estate business. The Satmars, for example, have long managed housing complexes in the Williamsburg section of Brooklyn. But Chabad has gotten into the act more recently.

The most glaring difference between the Satmar community — which has spread beyond the confines of Brooklyn and established itself in the Catskill village of Kiryas Joel — and Chabad is that Chabad is staking its claim within the urban confines.

“Unlike the Satmars, who want to escape the city,” said David Myers, director of the Center for Jewish Studies at the University of California, Los Angeles, “Chabad wants the menorah in the public square.”

Nomi Stolzenberg, a professor at University of Southern California’s Gould School of Law, said that the Chabad proposal is part of a wider trend that has taken hold across the country. Religious groups, she said, have become far more aggressive in recent years when it comes to real estate development. Passage of the Religious Land Use and Institutionalized Persons Act of 2000 gave religious organizations greater latitude to sue local zoning authorities if their permits were denied, she explained.

“A lot of religious groups have really been emboldened to pursue development plans that formerly they would have not been likely to get through the zoning process,” Stolzenberg said. “The basic reason for that is because of pretty significant changes in the law, but the changes in the law also reflect changes in the broader political culture with regard to attitudes about the relationship between church and state.”

Whether Chabad gets its permit has yet to be determined. A cadre of local residents is incensed by the sheer size of the proposed project, which well exceeds what the zoning laws permit. Chabad is seeking variances on building height and density and on parking capacity.

“They want to build this monolith, this huge structure that is out of character with the neighborhood,” said Lorrie Stone, a physician who has lived right behind the proposed building site for some 30 years. “They want three times the density than what’s allowed on this little plot of land.”

Benjamin Reznik, a lawyer who has long represented Chabad in its real estate dealings, said that because the area is zoned for retail, Chabad has no choice but to ask for variances in order to build a school.

“If you look at the Pico-Robertson area as a whole,” Reznik said, “where should institutions go?”

It appears to be the first time that Chabad — the Hasidic movement that sends emissaries across the globe — has conceived an entire communal village. While Chabad’s missionary reach has expanded outward, with outposts in such far-flung locales as Katmandu, observers note that this represents the first time that Chabad has established such a large, visible presence in the heart of L.A.’s symbolic Jewish center.

The proposed development, which would occupy the block between Wetherly Drive and Crest Drive, would replace four buildings that currently sit on the property. Chabad is hoping to erect a building that is roughly 108,000 square feet and rising five stories high, which would include two levels of belowground parking and 9,000 square feet dedicated to retail shops. A girls’ high school, which now has about 100 students, would be nearly quadrupled — Chabad is seeking an occupancy permit for up to 400 — and a 150-bed dormitory would be added to house the students.

According to Chaim Cunin, CEO of Chabad of California, the 32 residential condominiums are being built with an eye toward affordable housing. Chabad hopes to use the units for various residents — teachers, school administrators, senior citizens and Holocaust survivors — who otherwise couldn’t afford the pricey Pico-Robertson neighborhood.

The Pico-Robertson area has seen explosive growth in recent years, as the Modern Orthodox community has expanded and retail shops and restaurants have proliferated to meet their needs. As a result of the neighborhood’s rapid growth, reasonably priced housing there has become a scarce commodity.

Chabad also owns the block directly west of the proposed development site. In 2003, the organization erected a large brick building modeled after the one in Brooklyn where the Chabad rebbe lived until his death.