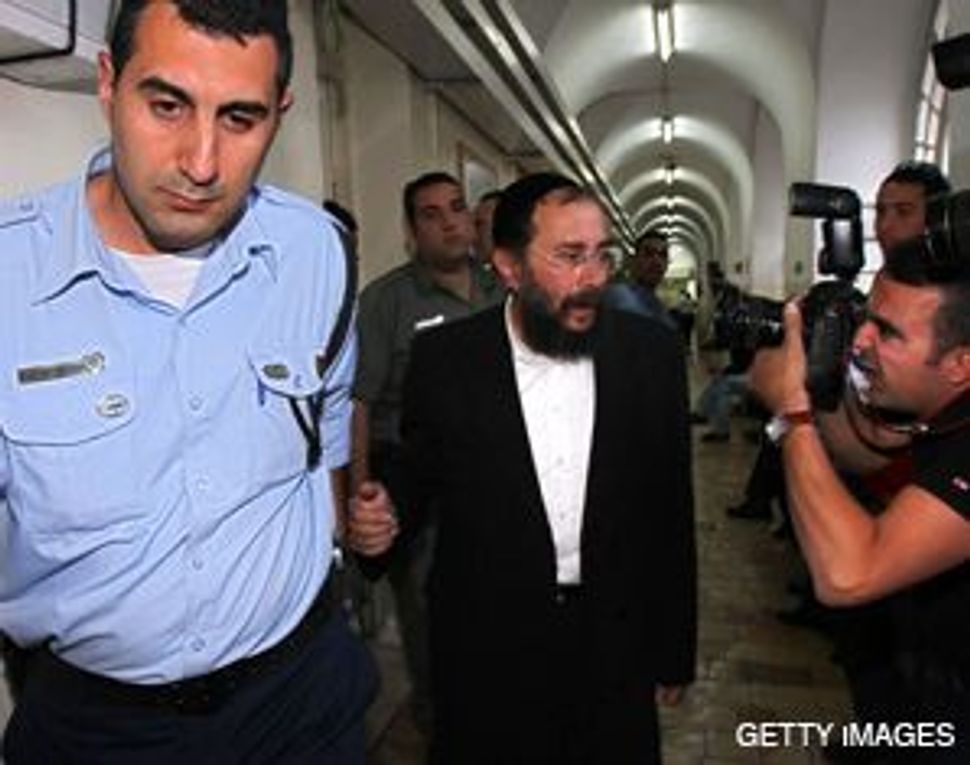 ABUSE ALLEGATIONS: Extradition proceedings against Avrohom Mondrowitz, right, have renewed interest in combatting child abuse in the ultra-Orthodox community. Assemblyman Dov Hikind, below, has created a new task force to address the problem.

After years in which the issue of pedophilia has been quietly dealt with among ultra-Orthodox Jews, a number of leaders in the community are speaking out publicly on the topic, spurring anger and debate over this sensitive issue. 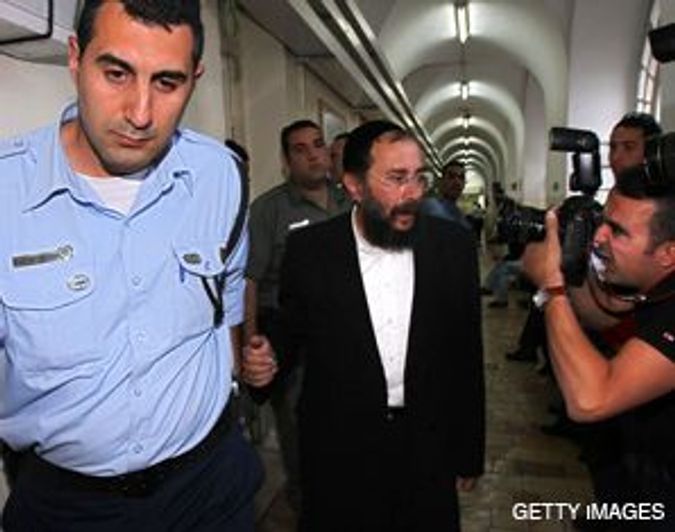 ABUSE ALLEGATIONS: Extradition proceedings against Avrohom Mondrowitz, right, have renewed interest in combatting child abuse in the ultra-Orthodox community. Assemblyman Dov Hikind, below, has created a new task force to address the problem. 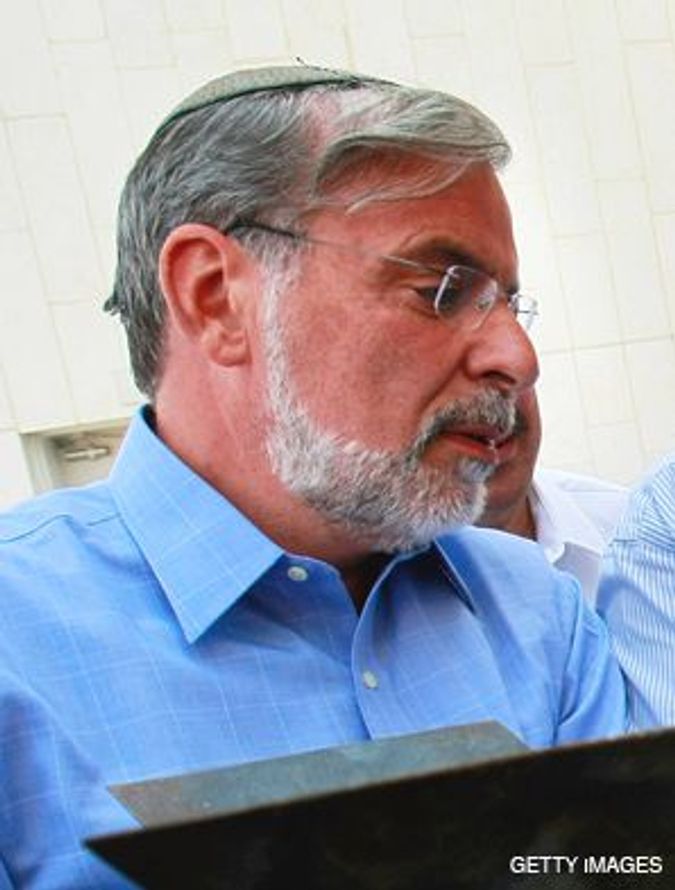 Sexual abuse of children has periodically arisen in the ultra-Orthodox community through high-profile cases like that of Yehuda Kolko and Avrohom Mondrowitz, a teacher and a youth counselor, respectively, who were accused of abusing their students. Leaders in the community told the Forward that they generally treated those cases as isolated incidents. But both the Kolko and Mondrowitz cases have bubbled back up, and in the past few months a number of community leaders have forcefully taken the issue to a new plane.

Perhaps the most influential voice has been of Brooklyn Assemblyman Dov Hikind, who over the past year — and, particularly, over the past two months — has started a somewhat personal campaign and argued that the ultra-Orthodox community has become a haven for child molesters. Agudath Israel of America, a national ultra-Orthodox umbrella organization, has entered the fray by publicly debating legislation on the topic.

“Until not terribly long ago, the issue was very much in the shadows,” said David Zwiebel, director of government affairs and general counsel of Agudath Israel of America. “The fact that there were isolated reports here and there of cases arising in yeshiva settings, it was known, but they were very isolated.”

“Sometimes they were dealt with correctly and sometimes incorrectly,” Zwiebel added, “but the severity of the problem and the possible magnitude were really things that most people, including myself, just didn’t understand.”

The largely Brooklyn-based ultra-Orthodox community, which spans many different sects, has seen a handful of explosive cases, beginning with that of Mondrowitz, who was indicted in Brooklyn on five counts of sodomy and six counts of sexual abuse in 1985, but fled to Israel during the scrutiny.

In 2006 and 2007, Kolko was charged with several counts of sexual abuse. In this case, which went to court, prosecutors allegedly talked the families of the victims into not pursuing further action after a plea bargain was negotiated, The Jewish Week reported. While Kolko first faced felony child sex abuse charges, he eventually pleaded guilty only to child endangerment and received no jail time.

Religious communities of all sorts often attempt to deal with sex abuse behind closeed doors. In the ultra-Orthodox community there is also a scripturally motivated desire to deal with legal problems through religious courts rather than secular ones.

But in 2006, New York magazine published an in-depth look at the Kolko case and the larger issue of sexual abuse. In October 2007, Kings County District Attorney Charles Hynes signed papers requesting the extradition of Mondrowitz to the United States.

Following suit, Hikind, an Orthodox man himself and one of the most vocal members of the community, has brought unusual publicity to the issue. He said he only recently came to the realization that sexual abuse in his community is not, in fact, restricted to isolated cases. He said that lately, an “avalanche of people” has come to his office to talk about cases of sexual abuse.

“I’m shocked, and I’ve been around a long time, and I’m pretty with it,” Hikind told the Forward. “I’ve been absolutely shocked and flabbergasted by what I’ve witnessed in the last eight weeks.”

In response, Hikind has taken up the fight this summer by creating a new task force in his office that he says will develop a protocol to address the problem of sexual abuse in a broad way. The task force’s mission is to collect a list of suspected child molesters and make that list available to the public. In an interview with the independent community newspaper The Jewish Star, Hikind boldly described what he views as the extent of the problem.

“If you’re a child molester, the best community to come to is Borough Park, Flatbush, Lakewood or Monroe,” Hikind said, referring to areas that have large ultra-Orthodox populations. “Your chances of being arrested are much smaller because people don’t press charges.”

Amy Neustein, one of the most outspoken activists on child abuse, has noted the change.

Now, Neustein believes that the “groundswell of activism and discontent with the community has finally reached critical mass.”

Zwiebel also believes that this issue is more on the radar now, but he traces the beginning of the interest to a time before Hikind’s campaign. He believes that it goes back to the sexual abuse scandals in the Catholic Church. It was then, Zwiebel said, that his members started to hear their own stories of abuse.

In 2006, Agudath Israel supported a bill introduced in New York State to allow private schools to opt into a program that required fingerprinting for all new hires. That same year, Agudath Israel had “no opposition” to a bill that would have obligated these schools to report any cases of sexual abuse and child abuse in their school setting.

More recently, Agudath Israel has declined to take a position on a new fingerprinting bill that would mandate all private schools to opt into the system, though Zwiebel said that this was only because the rules and regulations of the system have not yet been published.

The movement in the community, though, has not gone unopposed. In August, Rabbi Benzion Twerski, a psychologist and respected member of the community, was tapped to head Hikind’s task force. He resigned just days after his appointment, reportedly because of the overwhelming pressure and intimidation he received.

“That just goes to show you that we’ve got a long way to go,” Hikind said.

Marvin Schick, who has written extensively about Jewish affairs in his position as president of four Orthodox Jewish day schools, one of which is ultra-Orthodox, believes that Orthodox Jews at large are following the trends of larger society. Because there is greater attention being paid to this problem in the secular world, the Orthodox community is just following suit, he said.

Asked whether more people are now realizing that sexual abuse is a real problem, Schick said: “I don’t think [that’s] fair. I’ve been president of four schools for 36 years, and there hasn’t been a single situation.”

He also warned against the possibility of false accusations, which could ruin the lives of those unjustly punished.

Despite the concern, cases of alleged sexual abuse keep coming up — most recently in August, when a former student sued Rabbi Avrohom Reichman, a teacher at a prominent Satmar school in the Williamsburg section of Brooklyn, accusing him of sexual assault and abuse. The suit from the student alleges that the school failed to protect students against sexual assault. Reichman has not yet responded to the suit.

According to Elliot Pasik, the attorney for the alleged victim in the Reichman case, Hikind has taken up the issue at the right time and is on the right track. He believes that the public recognition of the problem will lead to increased legislation with a greater sense of urgency.

“There’s growing consensus, both in establishment quarters and in the synagogue pews, that some helpful governmental involvement in the life of our yeshivas is necessary,” Pasik said.