Young Rabbis Love Israel But Lean to Left of Elders 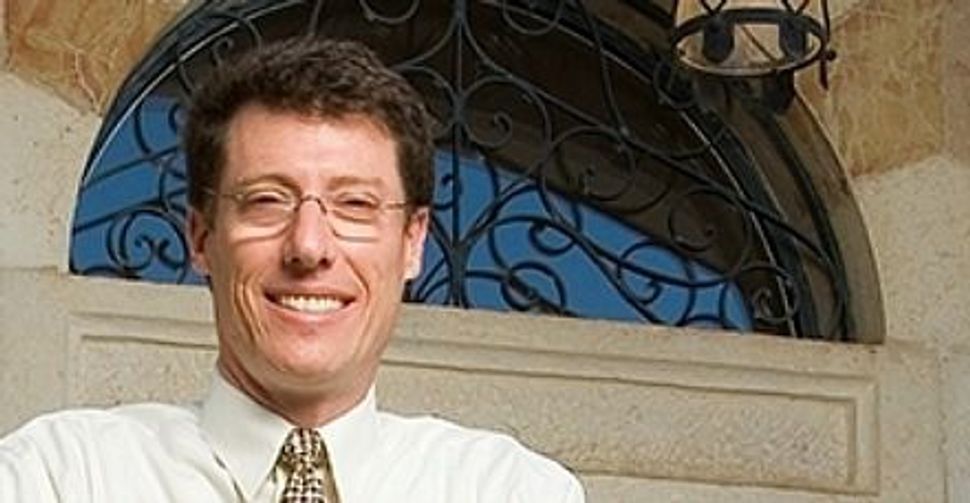 When Rabbi Daniel Gordis, an influential essayist living in Israel, argued in the pages of Commentary magazine that young, non-Orthodox, American rabbis were increasingly anti-Israel, his controversial article was met with anger — and disbelief.

To rabbinical students and their deans in particular, his observations and the conclusion he drew from them simply did not ring true.

Now they have numbers to back up this feeling. According to a new study sponsored by the leading rabbinical seminary of Conservative Judaism — by way of response to Gordis — young Conservative rabbis aren’t any less committed to Israel than their elder peers.

If there is anything surprising in these new findings, it’s that, in contrast to older rabbis, the views of this younger cohort are closer to those of J Street than to those of American Israel Public Affairs Committee.

“The younger rabbis, consistent with the younger generation, are more oriented towards social issues,” said Steven M. Cohen, a prominent sociologist of American Jewish life who conducted the study for the Jewish Theological Seminary. “They have more concern in Israel for societal challenges and problems, [and] less concern with external threats than the older rabbis.”

Cohen is a research professor at Hebrew Union College-Jewish Institute of Religion, the Reform Jewish seminary, and a senior counselor to JTS Chancellor Arnold Eisen.

Gordis, senior vice president of the right-wing Shalem Center, declined to comment on the JTS study when reached via telephone on September 19. Gordis said that he was traveling in the United States, had yet to read the study and would have no time to respond for nearly a week.

In his June essay in Commentary, titled “Are Young Rabbis Turning on Israel?” Gordis decried what he described as a shift toward universalism among young American non-Orthodox rabbis and a concomitant decline in allegiance to Israel. Gordis’ argument was largely based on anecdotes and conversations with unnamed students and seminary administrators.

After describing efforts at the transdenominational seminary at Boston’s Hebrew College to mourn both Israelis and Palestinians on Yom Ha-Zikaron, Israel’s memorial day, Gordis wrote: “[I]n the case of these rabbinical students, there is not an instinct that should be innate — the instinct to protect their own people first, or to mourn our losses first.”

“There was concern and I was concerned, and I wanted to make sure that that was not the case,” Eisen said.

Following the publication of Gordis’s piece and of Peter Beinart’s June 2010 essay in The New York Review of Books, arguing that young non-Orthodox American Jews were growing alienated from Israel, Eisen said that he had been asked repeatedly how this applied to his students. JTS rabbinical candidates spend a year studying in Israel, he noted. “If we’re investing all this money in Israel education and the result is widespread disaffection from Israel, then we’re doing a bad job.”

The study’s findings, Eisen said, “vindicate that our students are very concerned with Israel and the life of the Jewish people.”

Cohen’s analysis of survey responses from 368 current and former JTS rabbinical students doesn’t match Gordis’s characterization of younger rabbis “turning on” Israel, in the words of Gordis’s headline. But it does demonstrate a significant political shift.

And while 79% of the older cohort of rabbis thought that Palestinians were more to blame than Israelis for the failure to reach a peace agreement, only 44% of current students agreed.

A political gap also came through in news-reading habits. Roughly equal proportions of rabbis ordained between 1980 and 1994 reported reading the right-leaning Jerusalem Post and the left-leaning Haaretz. But more current students read Haaretz than The Jerusalem Post.

“My guess would be that these students are dealing with a different Israel than I did when I was their age,” Eisen said when asked about the political shift among younger Conservative rabbis. He pointed to the growing intractability of the Israeli-Palestinian conflict, Israel’s center-right government, and to the rising influence of the ultra-Orthodox as possible explanations for the political differences.

But while younger rabbis’ political views have shifted left, Eisen maintains that their commitment to Israel remains strong. And Cohen’s study appears to bear this out.

Gordis “was talking about a lot of rabbinical students,” Eisen said. “I think he’s on to something about the generation. I just think that if there were Conservative rabbinical students in his limited sample, it was a skewed sample and they were not typical.”

But some remained skeptical of the distinction that Eisen and Cohen have drawn between liberal views on the one hand and attachment to Israel on the other.

“To simply say that the second or third generation has a more liberal approach is to sidestep the problem,” said Rabbi Ronald Price, executive vice president emeritus of the Union for Traditional Judaism, which split from the Conservative movement in the 1980s. “If the result of being to the political left is a weakening of the religious tie and passionate commitment to the state’s survival, that in and of itself is a problem.”

Others were critical of what they saw as attempts by Gordis to define attachment to Israel in political terms.

“If we’re going to assume that to be supportive of and committed to Israel among people of this generation is going to take the form of AIPAC… then we’re going to misread what people’s commitment and attachment to Israel is about,” said Rabbi Daniel Lehman, president of Hebrew College.

Young Rabbis Love Israel But Lean to Left of Elders