A Shriveled Etrog, a Little Spark 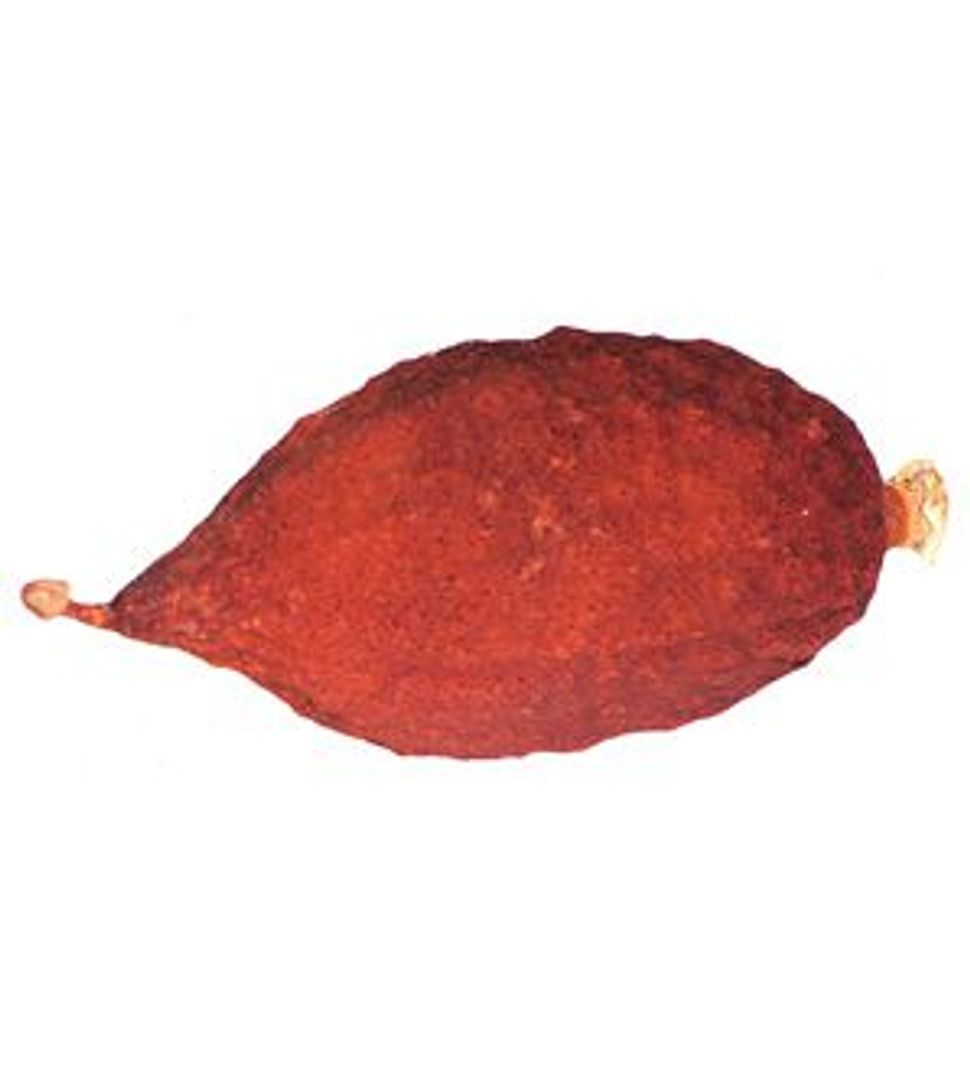 In the course of rearranging my office a few years ago, many months after the Sukkot holiday, I opened an etrog case kept on a high shelf. Inside, I was delighted to find an exquisitely shriveled specimen of the fruit. 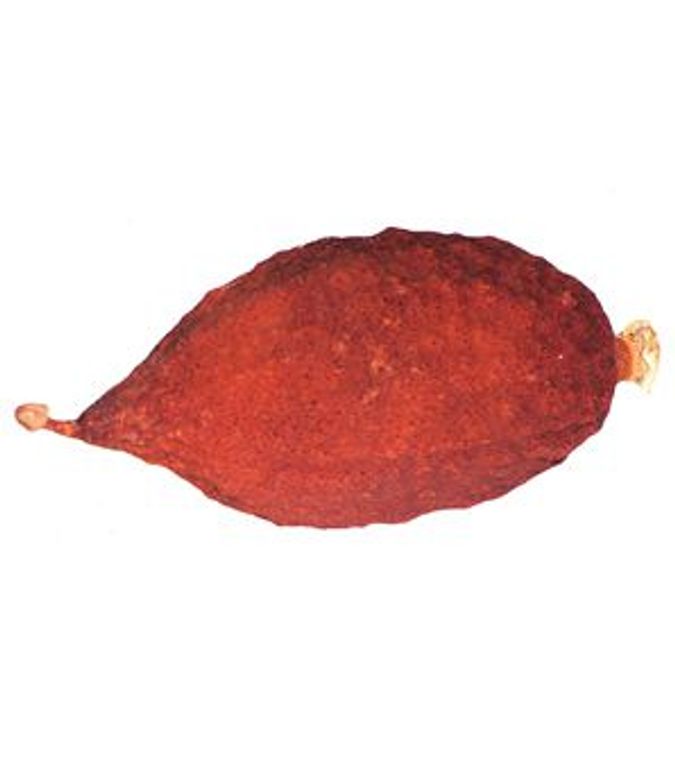 As a result of forgetting to dispose of the citron, I felt as though I possessed a little treasure. Why? Because the pitom (pistil), the little protuberance on the flowering end, remained fully preserved.

During Sukkot I try especially hard to prevent the pitom from breaking off from the etrog. This can be difficult in a congregational setting, where the holiday staple is often handled by many people. For me, a citron that survives the festival with pitom intact is a sign of good luck. Of course, this goes without saying, since an etrog that loses its pitom after being taken from the tree is considered impaired and therefore no longer fit for use.

If the pitom comes off before the fruit is picked, the etrog remains kosher unless otherwise blemished. Some varieties of etrogs tend to lose their pitoms more than others, and while not halachically required, etrogs with pitoms intact are generally preferred. For this reason, efforts have been made to preserve the pitom as the citron ripens on the tree. A few years ago, to the delight of growers, a professor of horticulture at The Hebrew University of Jerusalem developed a special hormone that enabled more etrog varieties to retain their pitoms.

In certain precincts of Jewish tradition, the pitom held value beyond accentuating the citron’s aesthetic virtue. In a once popular custom, pregnant women would ingest the pitom at the conclusion of Sukkot, believing it had medicinal properties that could ease childbirth. Some commentators have suggested that the famed apple in the Garden of Eden was actually an etrog.

By waiting until the end of Sukkot to eat the pitom, Jewish women were attesting that, unlike Eve, they had resisted temptation until the citron was permitted to them. Recall in the Torah how God says Eve will experience pain in childbirth as a consequence of eating the forbidden fruit (Genesis 3:16).

Looking at the still intact pitom of my desiccated etrog, I see a reminder of dos pintele yid (“the little Jewish point”), a Yiddish expression referring to the Jewish soul’s indestructible, concentrated spark that, while potentially strong, often remains dormant. Even though it may appear hardly to exist among highly assimilated, secularized, or self-professed nonbelieving Jews, dos pintele yid can, under certain circumstances, flare into an abiding passion for Judaism.

One cannot predict what will trigger the transformation of the Jewish spark into the Jewish flame. Sometimes it can happen in the wake of a seemingly incidental event, like attending a bar mitzvah, watching a Purim shpiel or spinning a dreidel.

But no matter what the spur, when the epiphany occurs, Judaism, rather than being regarded as a burden or obstacle, is now valued as a revered source of insight and pride. No longer a mere point of Jewishness, dos pintele yid emerges as a widening circle of spiritual appreciation.
Symbolizing a latent but ever-present possibility of Jewish awakening, this is why a dried-out old etrog with its pitom still intact continues to occupy a prominent place on my shelf.

A Shriveled Etrog, a Little Spark