A Film Exploration of the Camp David Peace Negotiations 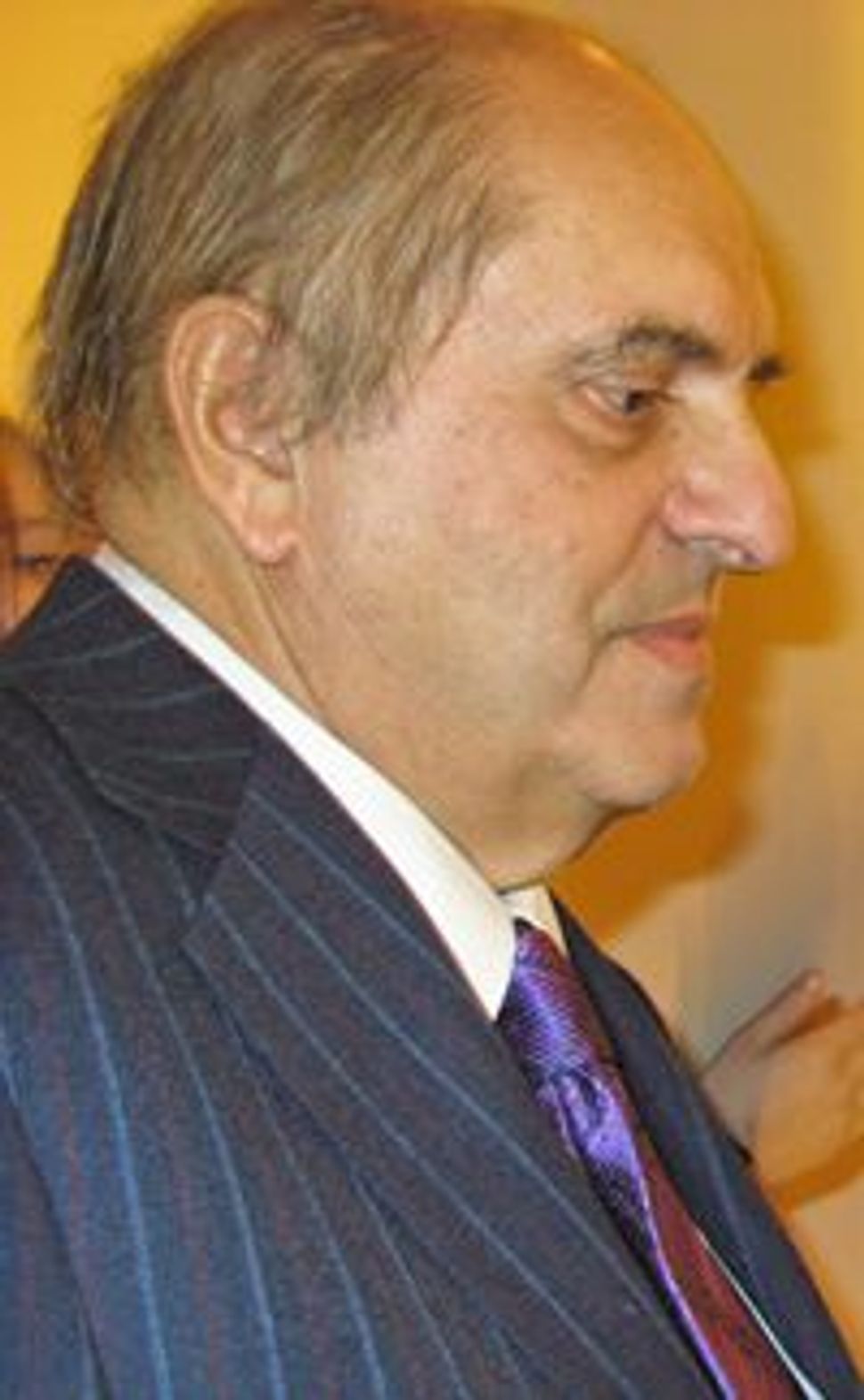 ‘Back Door Channels’: A Film Exploration of the Camp David Peace Treaty Negotiations

“When a war is won, there are people in the streets celebrating. Unfortunately, when a peace treaty is signed, there is no one in the streets celebrating,” political pundit and media personality Leon Charney said at the September 13 premiere of the documentary film “Back Door Channels: The Price of Peace,” which was based, in part, on Charney’s 1984 book “Special Counsel,” about the 1979 Camp David peace treaty. After the screening, Harry Hunkele, the film’s director, told me, “The timing of the film’s release on the heels of 9/11 is right on target…. Four years ago I was inspired by Charney’s book, …. Who would have thought such a diverse, larger-than-life cast of characters would come together for the peace process? What so impressed me was how deeply devout were the [documentary’s] three main players — Menachem Begin, Anwar Sadat and Jimmy Carter.” 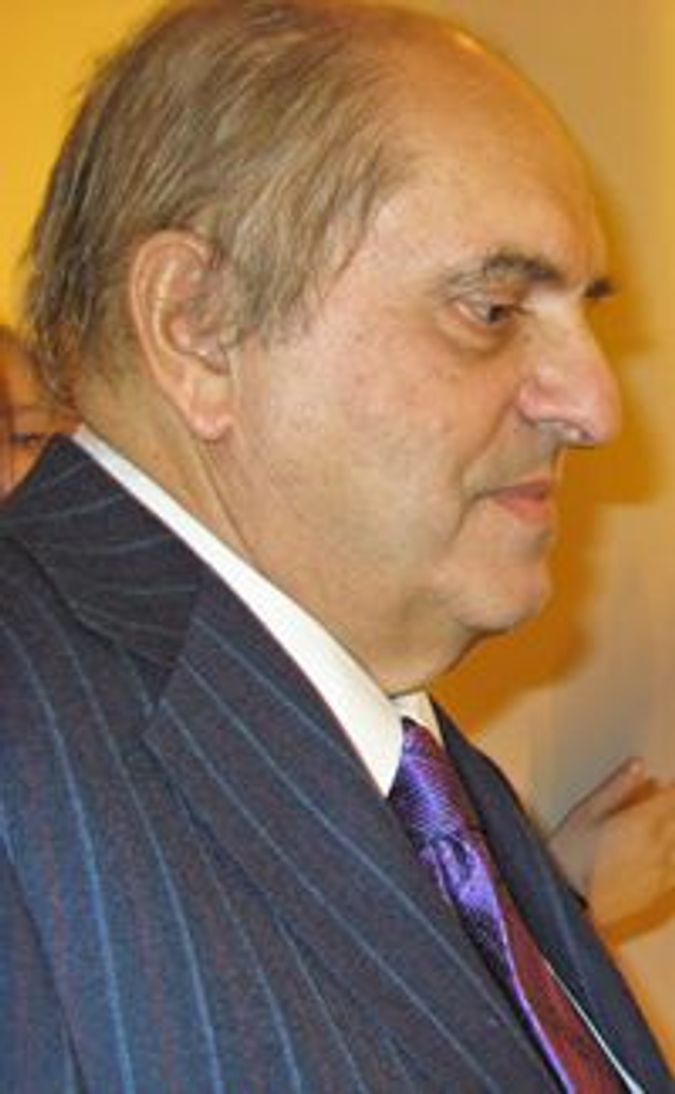 When I asked about his background, Hunkele replied: “There is a very tiny bit of Jewish in me. My great-great-grandmother was Jewish. My great-great grandparents came here from Germany in the 1840s…. My first memory of the Middle East was a [1970s] hijacking of a plane. I was 12, living in Vermont, and my parents were in Europe. There was one TV station. I began to watch the news on that one station. By 1979, at the time of the Peace Accord, I was a political science intern in Washington.”

The film starts out with a compressed timeline of the Jews’ history from the pre-biblical to the modern era, but its main focus is on the Camp David negotiations themselves. The long roster of participants in this drama includes Wolf Blitzer, who from 1973 to 1990 served as the Washington correspondent of The Jerusalem Post, Henry Kissinger, national security adviser to presidents Richard Nixon and Gerald Ford; Zbigniew Brzezinski, national security adviser to President Jimmy Carter, Samuel Lewis, who served as America’s ambassador to Israel from 1977 to 1985.

The film, which has the pace of a thriller, is propelled by the behind-the-scenes nitpicking, torturous hair-splitting and distrust on both sides of the negotiations. This includes Anwar Sadat’s statement, “I will go to Jerusalem,” which was perceived as a publicity shtick, followed by people seen sobbing as Sadat lands in Israel. Though Carter recalls Begin’s intransigence, he autographs eight photos of himself — each one addressed by name to one of Begin’s eight grandchildren. Among the vignettes is one about King Hassan II of Morocco, who resisted the Nazis. When officials came to him for a list of the Jews in his kingdom, he replied: “I will not give you a list. If you want to give me a Star of David, give me 18 to 20 to put on the jackets of my family.”

“Not only was it a labor of love, but we felt the subject matter was as timely as ever,” said Matthew Tollin, founder of Channel Productions and producer of the film. “There are always great moments in history when great minds come together. They just seem to be forgotten too quickly. We hope we were able to contribute a little to America’s collective memory about one of the most pivotal moments in her history.” Among guests at the premiere, held at the Film Society of Lincoln Center’s Elinor Bunin Munroe Film Center, were former New York State governor David Paterson, New York City media veteran Joe Franklin and Israeli performer Dudu Fisher.

In 1978, a childhood friend of mine who was living in Israel sent me a copy of prime minister Menachem Begin’s 1977 book, “White Nights: The Story of a Prisoner in Russia” (published in Israel). She insisted: “Read chapter 11: ‘Hunger Strike.’ It’s about Begin and your father sharing a cell in Lukishki prison in Vilno.” Begin describes how he and my father [who was not a Zionist] became close friends and how my father deciphered several embroidered handkerchiefs Begin received in prison from his wife, Aliza. This tweaked my memory of a young woman my mother and I encountered outside Lukishki prison following my father’s August 1940 arrest by the NKVD (the pre-cursor to the KGB). Newly married, the woman introduced herself as Aliza Begin. She wanted to let her husband know she was going to go to Palestine. My mother cautioned her not to hide the message in a bar of soap, as she intended — too dangerous. Instead she suggested embroidering her message on a handkerchief. According to Begin, who was puzzled by the flow of handkerchiefs, he credited my father’s “talmudic” interpretation that the embroidered “Ola” — a Polish variant of Aliza — was the Hebrew feminine variant of one making aliyah.

I immediately wrote to Begin, introduced myself and asked if there was a possibility for us to meet when he came to the United States. I received the following letter, dated April 2, 1978:

It would give me the greatest pleasure to meet with you, the daughter of Matvey Bernstein, of whom I have such vivid and meaningful memories. I do not forget those days nor the people with whom I shared them. Please let me know when you might be visiting Israel. I would like to set aside time to meet with you and your dear family.

With my very best personal wishes,

One morning, at dawn, during Begin’s stay at Washington, D.C., for the Camp David meetings, I received a phone call from Blair House. “This is Yehiel Kadishai,” a Hebrew-accented voice said. “Someone wants to speak with you,” said Kadishai, who was Begin’s aide. Begin’s and my entire conversation was in Yiddish. He recalled his friendship with my father while in prison, and surprised me with the revelation that the two had met in 1955 in Buenos Aires. The prime minister wished me well and said he hoped we would meet one day. In 1981, at a security-tight event at the Waldorf-Astoria, I met Begin in person. We kept in touch until the day he died.

A Film Exploration of the Camp David Peace Negotiations