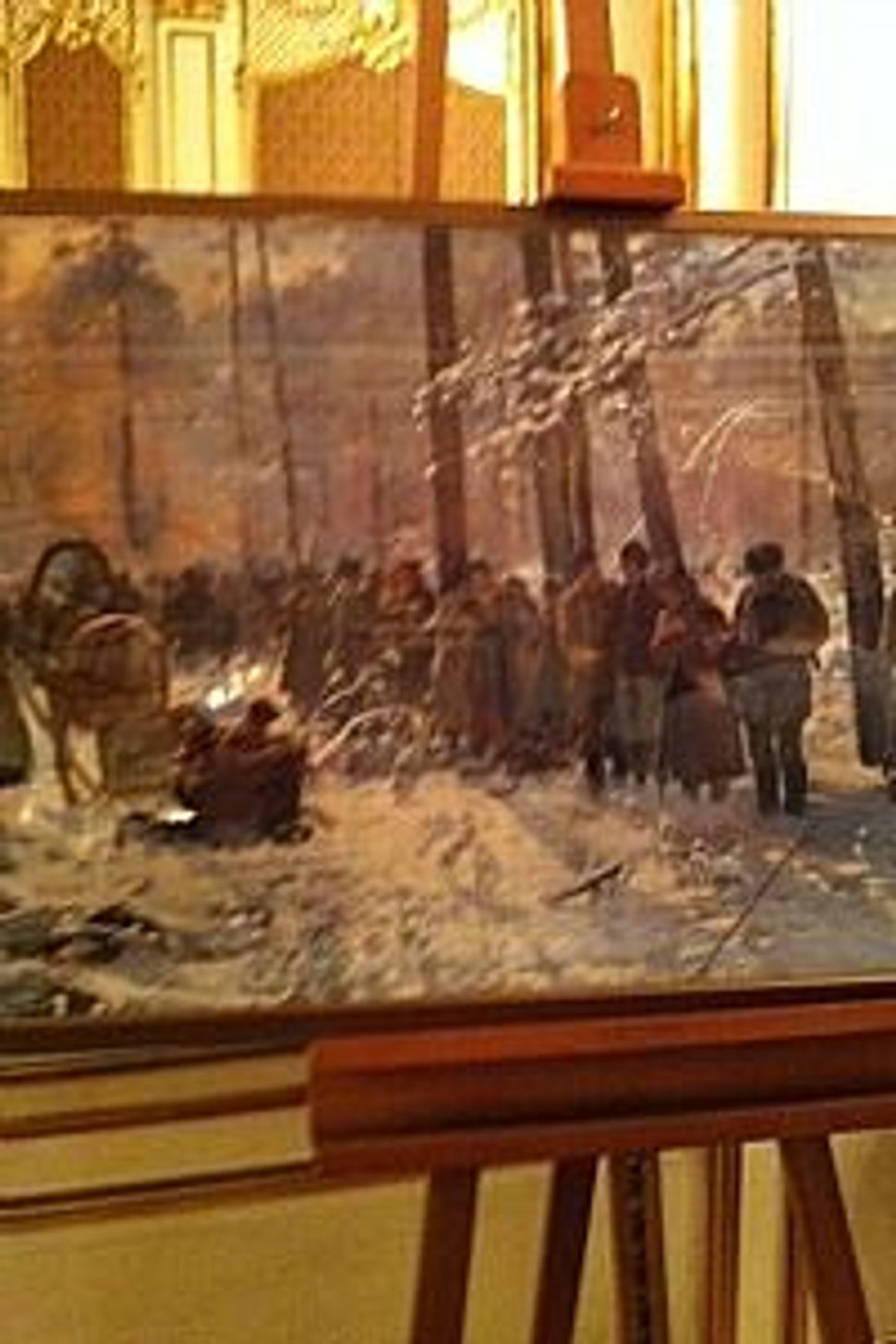 Recoverd at Last: Julian Falat?s ?The Hunt? on display at Polish Consulate in New York. The painting, which was looted by the Nazis, was recovered after a court battle. Image by Lillian Swanson

Two oil paintings stolen by the Nazis 67 years ago from the walls of Poland?s National Museum in Warsaw were returned Thursday night to the people and government of Poland in a ceremony held at the Polish consulate in New York. 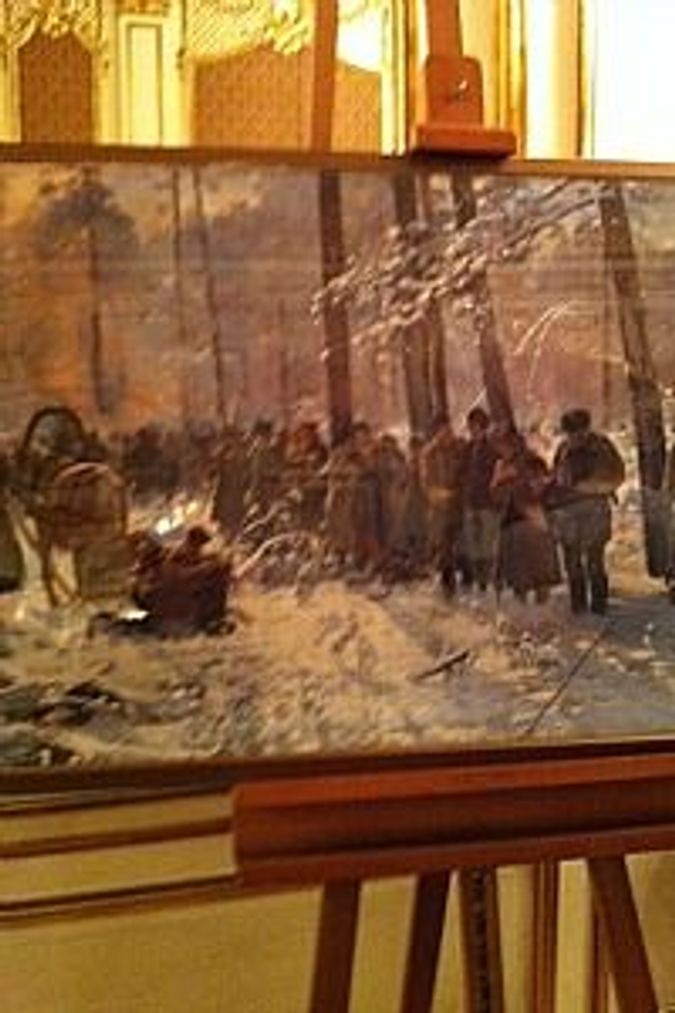 Recoverd at Last: Julian Falat?s ?The Hunt? on display at Polish Consulate in New York. The painting, which was looted by the Nazis, was recovered after a court battle. Image by Lillian Swanson

Polish artist Julian Falat painted the works, ?The Hunt? and ?Off to the Hunt? in the late 1800s. They were among the prize works at the Polish museum that were confiscated in August 1944 when the German S.S. took over the museum and removed its most valuable treasures.

The location of the two paintings remained unknown until 2006 when Polish government authorities discovered they were up for sale at two auction houses in New York City. It took a federal court case to win forfeiture of the paintings as stolen property so they could be returned to Poland. They are currently valued at $50,000 apiece, according to U.S. authorities who were involved in returning the property.

In the ceremony at the consulate, Bogdan Zdrojewski, Poland?s minister of culture and national heritage, told the crowd, the return of the artwork meant so much because two World Wars and various uprisings ?have made Polish national heritage nearly impoverished.

?That is why every object returned has a huge value, not just tangible, but also spiritual and emotional,? he said in his native Polish, which was translated into English.

The whereabouts of most of the artwork stolen from the national museum remains unknown.

The culture minister thanked especially the U.S. authorities who had worked for years to untangle the case. About a dozen members of the Homeland Security Investigations, U.S. Immigration and Customs Enforcement unit, and the U.S. attorney?s office for the Southern District of New York were on hand to witness the transfer ceremony.

According to a press statement, Falat?s painting, ?Off to the Hunt? was first displayed publicly in 1901 at the Society for the Encouragement of Fine Arts in Warsaw. In December 1939, it was transferred to the Polish National Museum, which was used by the Nazis during the war as a repository of Polish national treasures.

The painting, last documented at the museum, was removed without its frame. The other work, ?The Hunt? was bequeathed in 1914 by its owner to the society, and later moved to the museum.

Poland?s president, Bronislaw Komorowski, accepted the paintings, displayed on two easels nearby, on behalf of his government.

Following a short signing ceremony, permitting the transfer of the artwork across U.S. boundaries, Zdrojewski invited the U.S. authorities and others attending the ceremony ?to come see them on the walls of the National Museum in Warsaw, and enjoy them with us.?