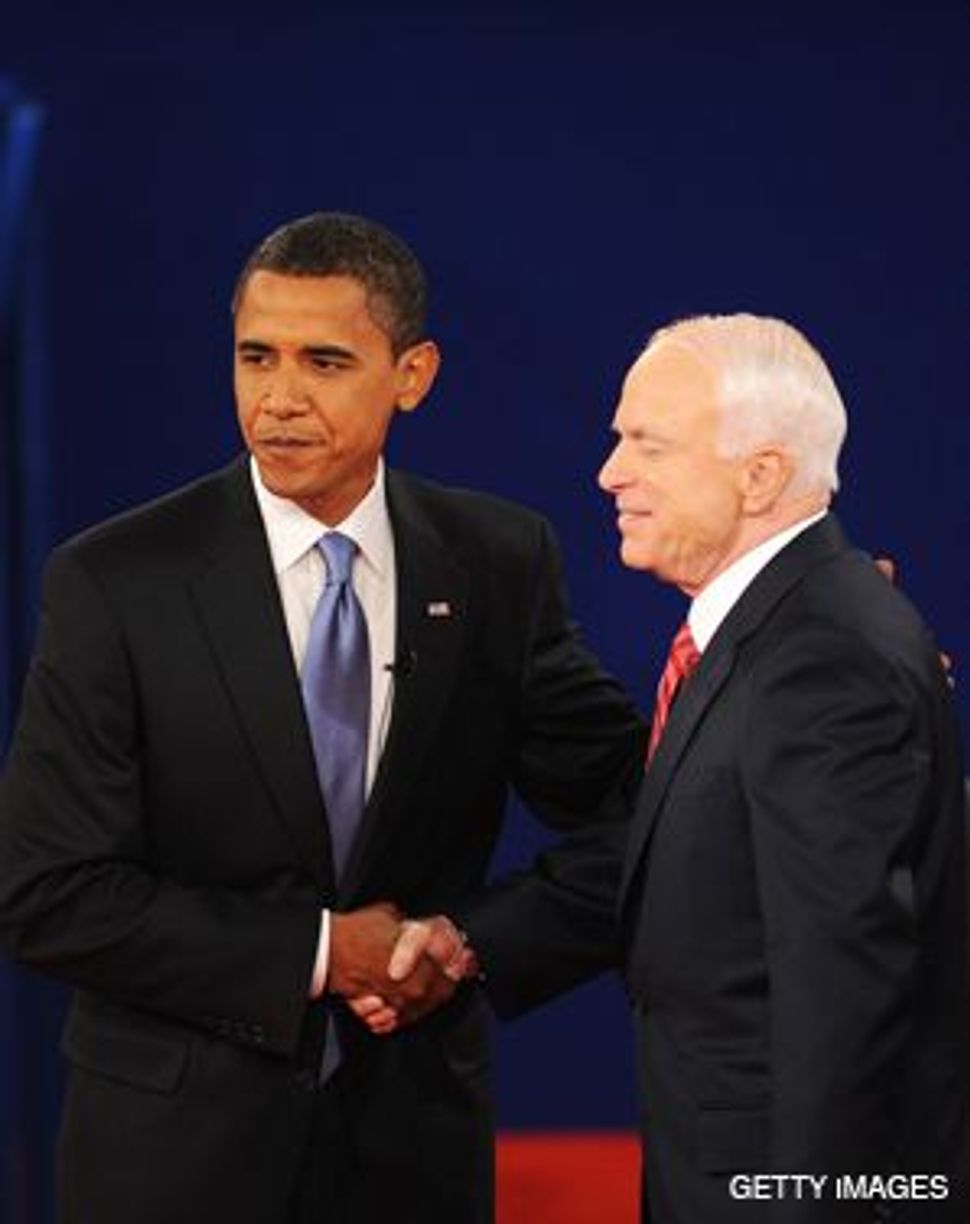 DEBATE: The presidential and vice-presidential debates were the cause for gatherings of both Jewish Democrats and Republicans.

The evening of October 7, a capacity crowd of about 200 people — most of them young, hip and Jewish — gathered at Brooklyn’s Galapagos Art Space for a debate-watching party that American Jewish World Service hosted. 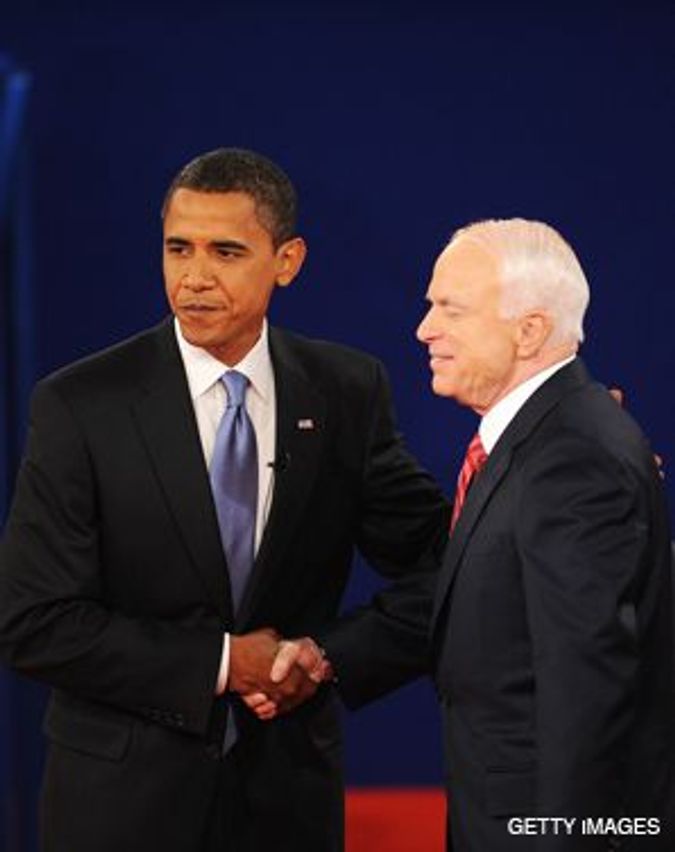 DEBATE: The presidential and vice-presidential debates were the cause for gatherings of both Jewish Democrats and Republicans.

Those who got there early parked themselves in the archipelago of seating areas perched above an indoor pond (this was Brooklyn, after all); others sat on the floor by the bar or, in the case of a few unlucky revelers, on a table that gave way under the weight of their raucous support for Democratic nominee Barack Obama.

Some partygoers had given the event’s organizers the questions they would ask the candidates, and those questions were projected on a screen next to the giant image of Obama and Republican nominee John McCain duking it out.

It appears that had the candidates’ town hall-style debate been held at Galapagos rather than at Belmont University in Nashville, Tenn., Obama and McCain still would have been peppered with alarmed queries about the economy, health care and global warming— but they also would have received a number of questions about the role of religion in the state, and some extremely blunt questions about foreign policy, like, “Should Israel bomb Iran?” (They also would have been asked what they planned to do “to create a more congenial and collaborative relationship with Canada.”)

In reality, of course, neither candidate would bother, this late in the campaign, to set foot among such a thoroughly decided group of voters. Whenever Obama got a good one in, the crowd burst into cheers; an informal poll conducted after the event failed to find a Republican voter or even a swing-voter.