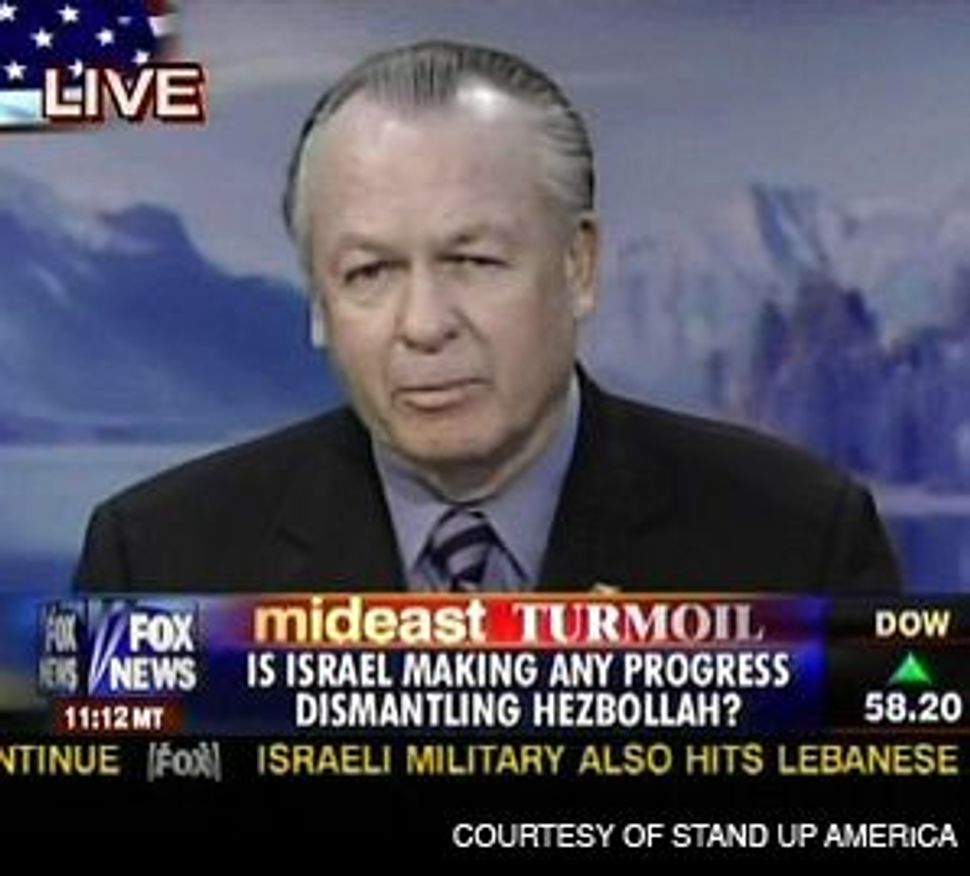 Washington — A little-known hawkish group is offering assistance to embattled Kadima minister Shaul Mofaz in his fight to reverse results of the party’s primary election that put Tzipi Livni in line to create a new government coalition. 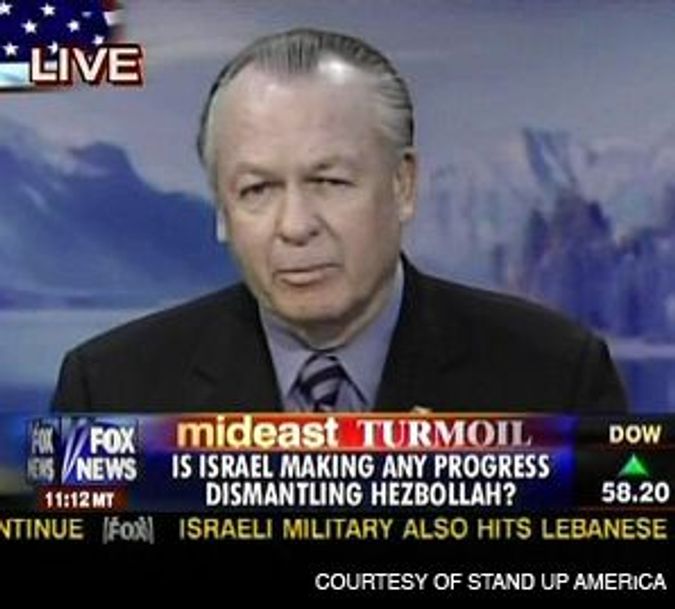 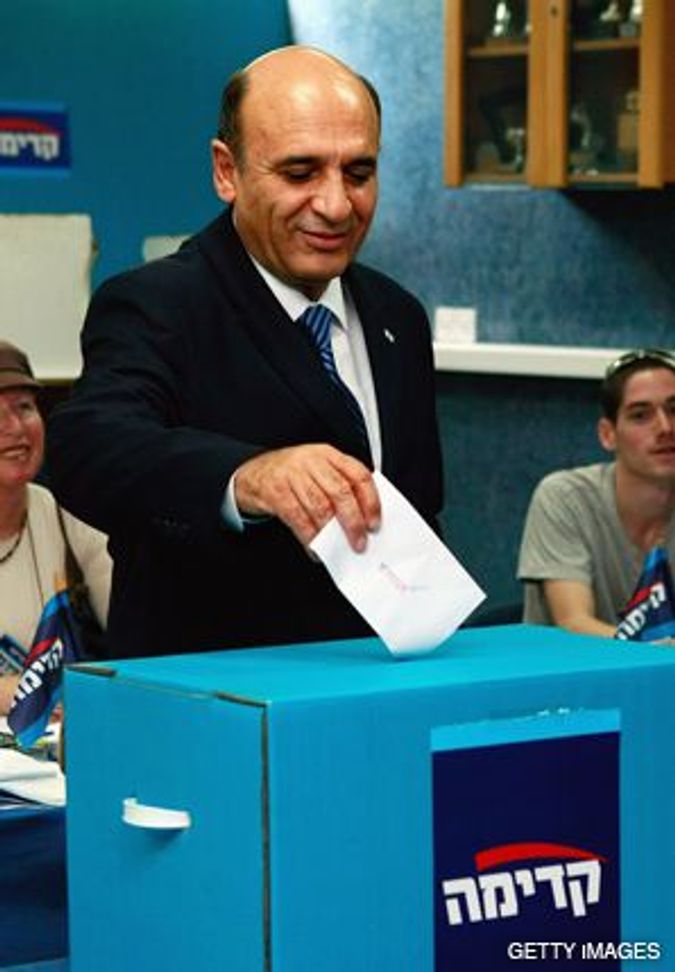 MOFAZ: The hawkish Kadima leader is challenging the results of the primary election he lost.

Stand Up America, a security-minded organization led by former generals of the United States military, has hired the services of the attorney who represented President Bush in the 2000 post-election legal dispute, and has suggested that the attorney travel to Israel and take on the Mofaz case if it ever reaches the Supreme Court.

The offer, while marginal in its potential impact on the Israeli political scene, is yet another example of the ties that Israeli candidates for office have to American donors and interest groups. These relations took center stage recently, when the dealings between outgoing Prime Minister Ehud Olmert and an American businessman were revealed in the court proceedings leading up to Olmert’s resignation.

The initiative to send an American legal adviser to aid Mofaz came from Thomas McInerney, who is a retired lieutenant general, and from Paul Vallely, a retired major general. Both served as military affairs analysts for the Fox News network and founded Stand Up America three years ago. The organization’s stated purpose, according to McInerney, is to “protect America and let people understand the danger of radical Islam and the seriousness of global jihad.”

The generals contacted Mofaz’s lawyers in Israel and informed them that they had tentatively hired the services of attorney George Terwilliger, who was on Bush’s legal team in arguing the legitimacy of the Florida vote in the 2000 elections.

Mofaz’s career had centered on security. He was chief of staff for the Israel Defense Forces and later became the government’s minister of defense. Currently he is serving in the outgoing Olmert government as minister of transportation. He lost the September 17 Kadima primary elections to Livni, currently the foreign minister, by only 431 votes. Her victory made Livni the candidate to lead the country as prime minister when (or if) she forms a new coalition.

Following the vote, Mofaz announced that he was taking a “timeout,” but he returned to political activity in less than two weeks.

Supporters of Mofaz appealed to the Kadima party’s internal judicial panel, arguing that there were discrepancies in 47 ballots and that this should lead to a recount or a repeat election. On October 5, the panel decided to hear the appeals and asked Kadima’s legal adviser to respond.

As of October 6, Terwilliger’s trip to Israel was not necessary. According to reports in the Israeli press, it is unlikely that Mofaz will attempt to pursue the issue beyond the party’s internal panel.

Stand Up America says that its involvement in the internal Kadima debate is a legal issue, not a political one. “A growing number of U.S. national security leaders are concerned that corruption allegations in the election could call into question the credibility of the future Israeli government, undermining Israel’s security and deterrence,” the group’s press release stated. But in an interview with the Forward, McInerney added other concerns, as well. “If Kadima wants a dovish foreign policy, that is fine, even though we do not agree with it,” he said, adding that the group wants a legitimate government in Israel and that “we do not want a government in Israel that will support appeasement.”

Livni is widely considered to hold moderate views on the Israeli-Palestinian conflict, and for the past year she has been leading final-status talks with Palestinian officials.

McInerney and Vallely came to know Mofaz when he spent time in Washington as a visiting scholar at the Washington Institute for Near East Policy. The two generals have been in close contact with hawkish policymakers and opinion leaders in Israel, and have visited the country several times. Their last trip was in the fall of 2006, after the Lebanon war, on a group visit by TV military analysts sponsored by the American Israel Education Foundation, an affiliate of the American Israel Public Affairs Committee.

Stand Up America advocates its views through media opinion articles and through Vallely’s radio show of the same name. Its founders have voiced their support for military action against Iran, and Vallely is among the backers of the Jerusalem Summit, right-wing Christians and Jews who advocate the transfer of Israeli Arabs to neighboring states.

While Israel is not the only focus of Stand Up America, it does rank high on the group’s agenda, mainly because of the threat posed by a nuclear Iran. “We believe it is 1938 and everyone is going on, in denial,” McInerney said. “Our greatest concern is that if you get the wrong people, Israel might not be there in four years.”