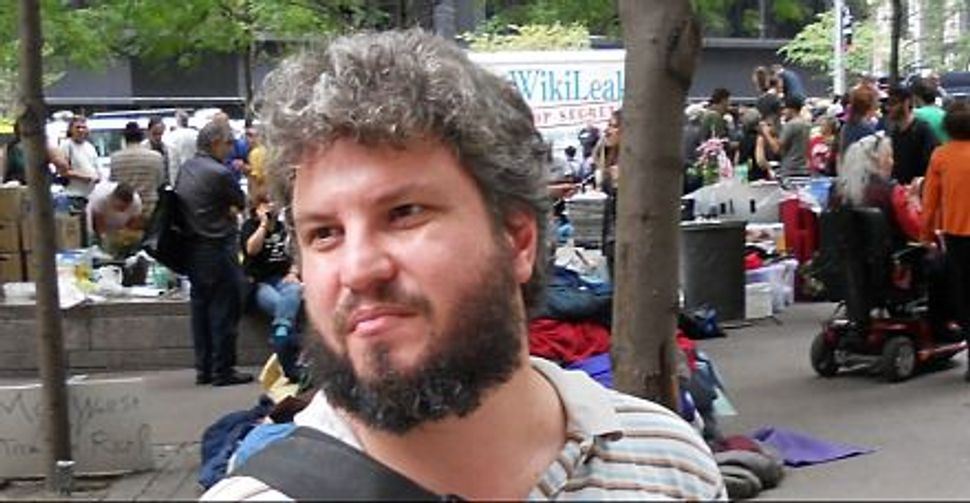 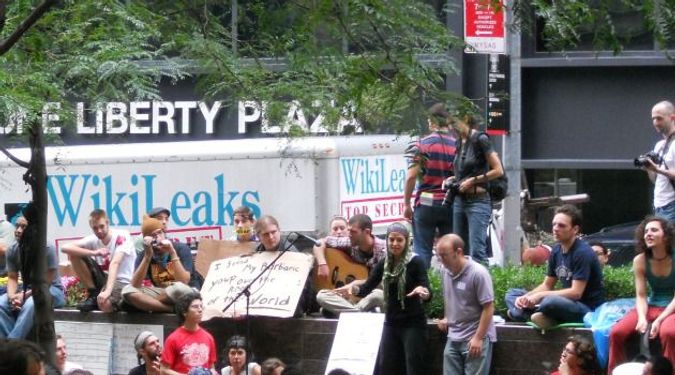 Not Like Tel Aviv, Yet: The protesters camped out on Wall Street haven?t brought American capitalism to its knees yet. A veteran of the Israeli tent city protests says they started small, too. Image by Josh Nathan-Kazis

It was one day after New York City police arrested scores of left-wing demonstrators during a march on Manhattan’s Union Square, and the ranks were dwindling at the protesters’ downtown encampment.

A member of the group offered a weather forecast extending to the end of the week — not a minor consideration for the activists, who gathered on September 25 in the plaza they had occupied for a week and in which they intended to stay put.

To Ronen Eidelman, a 40-year-old Israeli activist who helped organize the massive tent protests that rocked Israel this past summer, the young, largely white crowd was a little underwhelming. 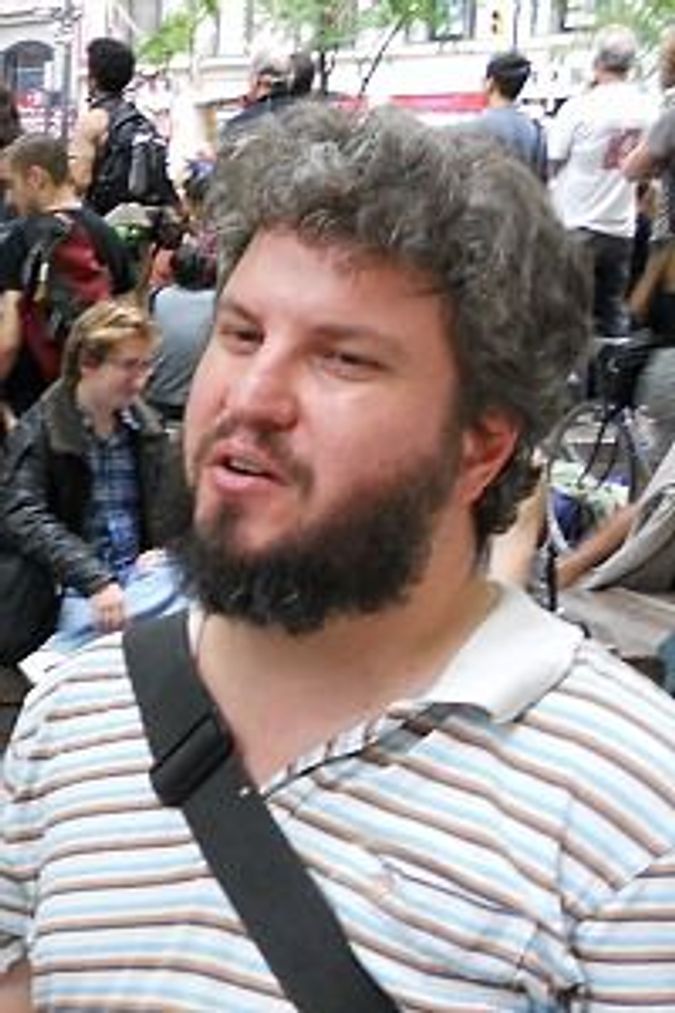 “It’s very easy to come here and be cynical — a bunch of white kids with laptops playing revolution,” Eidelman said of the anti-corporate activists. But he added, “That’s also what they said on the first days of the Rothschild protest.”

Eidelman spent 6 weeks, on and off, sleeping in a tent this summer. He showed up at the first protest camp on Rothschild Boulevard in Tel Aviv within three days of its founding, then moved to establish a satellite camp in the immigrant neighborhood near the Central Bus Station in southern Tel Aviv.

The movement sparked by Israel’s tent cities grew, over the course of three months, into the largest social protests in Israel in decades. But on September 25, the New York protest effort, known as Occupy Wall Street, wasn’t quite there yet. In fact, the Wall Street protest seemed bedeviled by obstacles when Eidelman visited.

Take the loudspeaker problem. The few hundred activists holding a planning meeting in the corner of the park relied not on an electronic amplification system, but rather on participants talking in short phrases that the crowd repeated, like a massive game of telephone.

“We had mics,” Eidelman said of his tent city near the bus station.

Wall Street activists told Eidelman that police had threatened to arrest those who used megaphones. Eidelman thought: Why not buy a few hundred megaphones and dare them to arrest everyone? Apparently the idea hadn’t been raised.

“I could say that they’re wimps,” Eidelman said.

Eidelman immigrated to Israel at the age of 7 and speaks English in an American accent with Hebrew cadences. A founder of the anti-occupation group Anarchists Against the Wall, he spent years working on direct action campaigns against the construction of Israel’s security barrier.

Eidelman and his allies were used to being beyond the fringes of the Israeli consensus, so finally being part of a mass movement during the tent protests felt strange.

“It’s so weird to be suddenly in a place where everybody supports you,” Eidelman said.

In protester-occupied Zuccotti Park, a few feet from ground zero, Eidelman observed that the American activists seemed more afraid of the police than the protesters had been in Tel Aviv. Perhaps not without reason: A widely circulated video taken at a march the day before showed a police official, seemingly unprovoked, spray a group of young women with pepper spray.

In Tel Aviv, Eidelman said, the Israelis came onto the streets with a sense of ownership and a feeling that the police worked for them.

“The good thing about Zionist education is they tell you the country is yours,” Eidelman said.

Zionism also values collective effort, and Israelis are often veterans of youth movements and of the army — experiences that couldn’t have hurt in preparing thousands of Israelis to go camping together for a few months. Meanwhile, the student movement and the kibbutz movement offered supplies and infrastructure to the protesters in Israel, Eidelman said, functions that the Wall Street protesters are pulling together on the fly.

For Israelis, Eidelman said, “collectivity is kind of in our genes.”

The protesters who sparked the Israeli mass movement made sure to be accommodating to everyday Israelis. At Eidelman’s camp in Tel Aviv, the kitchen had served meat — anathema to the longtime activists, many of whom are vegetarians. But the tent cities were meant to be for everyone. On Wall Street, Eidelman saw a lack of openness. He said he had visited three times and no one had invited him to join in.

“I think people are angry. I just don’t think people feel this is a place they could fight it,” Eidelman said. He added, “Yet.”

“There is some hesitancy with proclaiming to be in solidarity with the tent protests in Tel Aviv, because there has not been a direct call from those protests to end the Israeli occupation of Palestine,” said Ari Cowan, 21, who said on September 26 that he had slept in the plaza all but two of the nine nights of the occupation.

The complaint, which is not uncommon, is one for which Eidelman has little patience.

“To look at a social movement only through the prism of the Palestinian struggle, that’s very limiting,” Eidelman said. “What do you expect, we’re going to change the whole system in two months?”