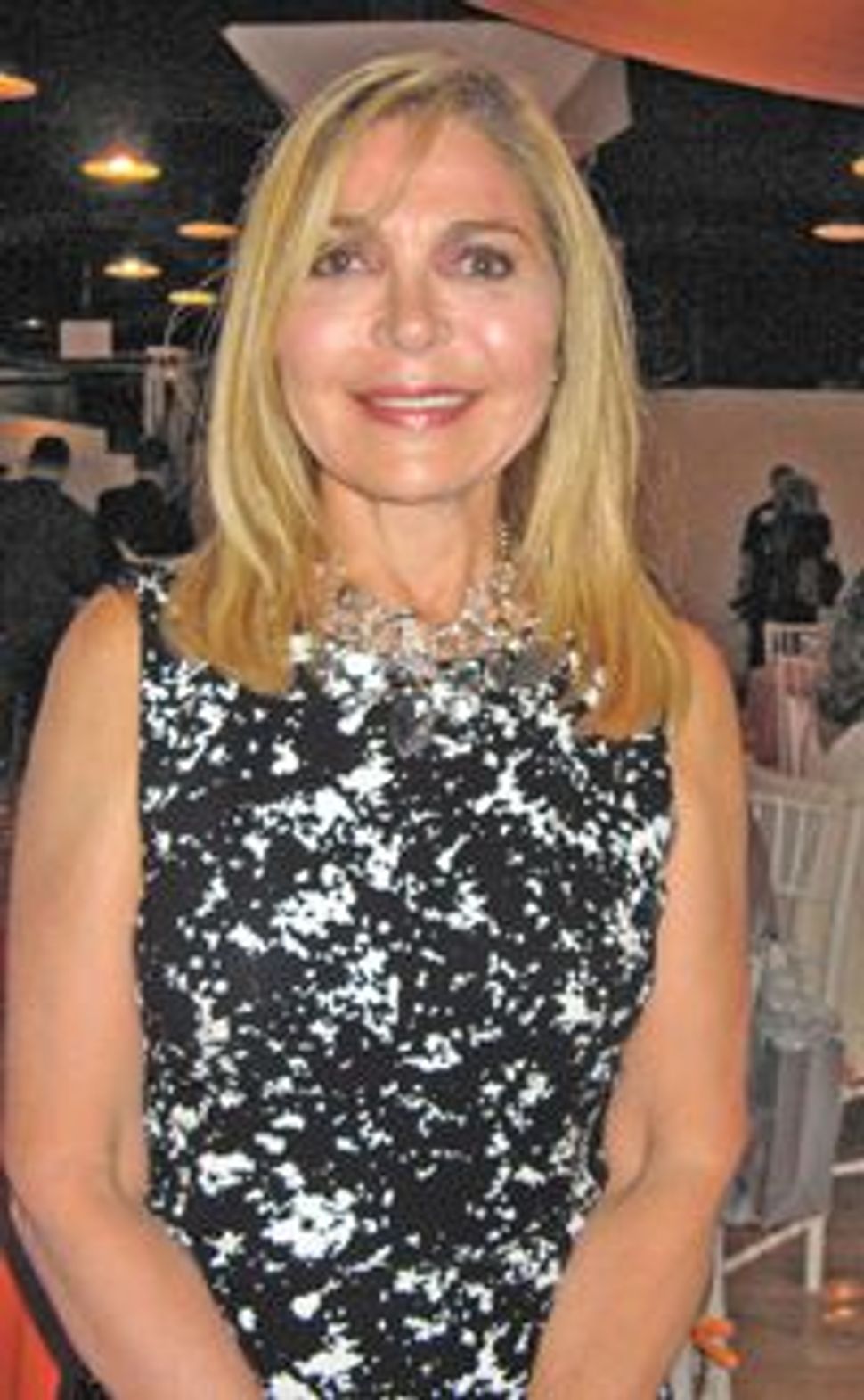 “I am not sure how many people are thrilled to get out of bed while it is still dark and go to work,” Deborah Axelrod said at the Israel Cancer Research Fund’s Women of Action Evening, held September 13 at the American Museum of Natural History. Axelrod, one of the evening’s three honorees, is director of clinical breast programs and services and medical director of community cancer education and outreach at New York University’s School of Medicine. She quipped, “Though I take my job seriously, I take myself lightly.”

Also honored was podiatric surgeon Suzanne Levine, who frequently appears on NBC’s ‘Today” as a foot care expert. In the preface to her 2000 book, “Your Feet Don’t Have To Hurt: A Woman’s Guide to Lifelong Foot Care,” Levine writes, “I became a foot doctor because, for much of my life, I had no idea how to take care of my own feet — or what it felt like to enjoy the everyday miracle of fluid, pain-free walking.” 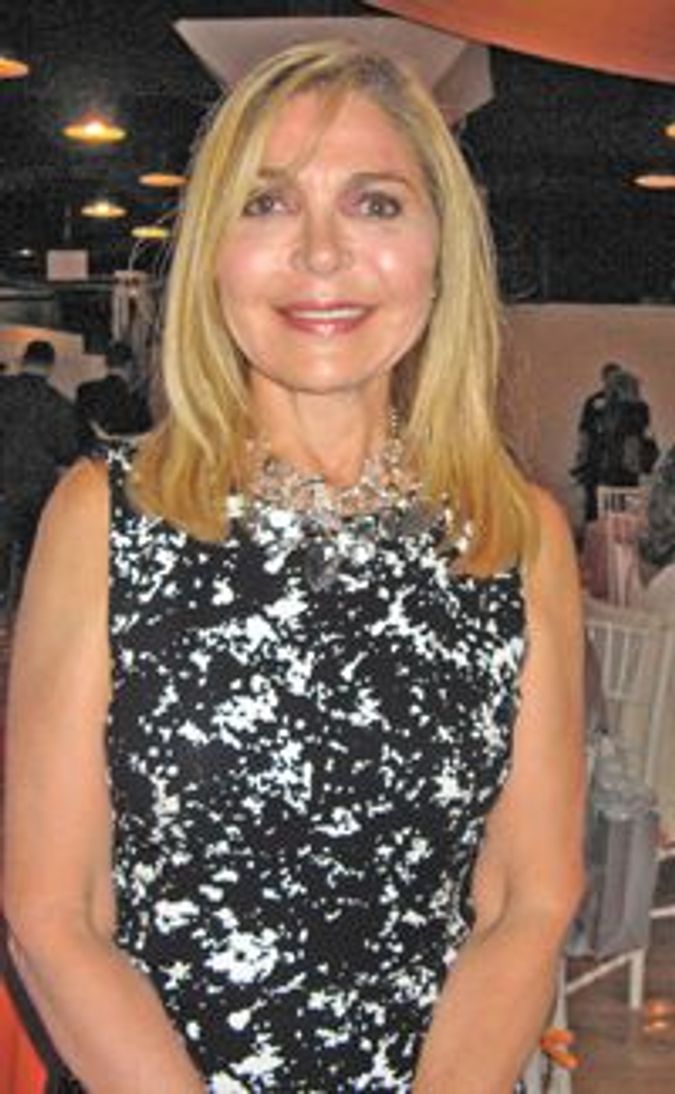 “I come from a family where there was one cancer or another,” Berger said. “At 74, I became a mother of Danny, [a boy] I found on a street in [Ethiopia’s] Addis Ababa, begging for coins. My husband [Don Hewitt of “60 Minutes”] was dying of pancreatic cancer at the time…. I decided to keep the boy [who had tuberculosis of the spine].” Berger’s rescue of Danny, with the help of Rick Hodes, an American doctor who treats Ethiopian children that have diseases from tuberculosis to cancer, is detailed in her book, “This Is a Soul: The Mission of Rick Hodes” (William Morrow, 2010). Each guest at the ICRF event received a copy of the book. In it is a photo of Hodes at a Sabbath service during Hanukah 2007. He and several Ethiopian boys are wearing menorah headdresses, and his T-shirt reads, “May the God of Your Choice Bless You.”

The award ceremony took place during New York Fashion Week, so it was preceded by a fashion show with a dozen leggy, uber-thin stunners modeling a not-so-everyday selection of day wear and lavish evening gowns, including the de rigueur wedding gown as the finale.?

Towering Comic Judy Gold Longs for Small Screen in ‘The Judy Show: My Life as a Sitcom’

On September 21, stand-up comedian Judy Gold unveiled the Gold. E. Lox sandwich at Manhattan’s 55th Street Carnegie Deli. Named in Gold’s honor, the sandwich was but a nosh compared to her current all-you-can laugh buffet showcase “The Judy Show: My Life as a Sitcom” (co-written by Kate Moira Ryan), which I saw recently. In “The Judy Show,” currently playing the DR2 Theatre, on East 15th Street, Gold proclaims, “I am a Jewish lesbian mother of two.” She adds — as if you have not already guessed— “I live in a shtetl [called] the Upper West Side.” Her desperation to have her own sitcom show modeled on “The Brady Bunch” or “The Jeffersons” might prompt a therapist of the Freudian denomination to label her as an obsessive afflicted with “sitcom envy.”

Gold interweaves her recitation of the many possible versions of the “Judy” sitcom with expletive-laced monologue, mother-daughter ambivalent shtick and completely inappropriate Nazi-Holocaust references (that is, camp showers). And then there’s the sidesplitting saga of her “sperm shopping” spree. Between the cracks of laughter, there are a few short-lived poignant reflections.

I thought back to my Gold sighting at the October 21, 2008, “Free Speech Matters” dinner at the Rubin Museum of Art. Before presenting an award to Caroline Hirsch, founder and owner of the comedy club Carolines on Broadway, Gold delivered a commentary on “F**k! The ultimate taboo against free speech.” She then cited comedy innovator George Carlin’s “history-making lawsuit battle” vis-à-vis the “seven words verboten on TV — a lawsuit that has since made the nothing-is-off-limits stand-up comedy scene possible.” Gold, a benefactor of Carlin’s historic win, will have you either roaring or squirming — or both. Chances are you will leave the theater with a smile and raised eyebrows.

It’s no wonder that the 29th annual benefit of ELEM —Youth In Distress in Israel, held September 14 at City Winery, was packed with young professionals: It was the first appearance in the United States of Diana Golbi, 2010 winner of “Kokhav Nolad” (“Israeli Idol”). Currently serving in the Israel Defense Forces, Golbi received special permission from the IDF to perform in New York to support ELEM, the organization that rescued her from a life on the streets. Taunted by her classmates for being Russian, and despondent after a close friend overdosed on drugs, Golbi spent nights away from home and became one of Israel’s “street children.”

In a video screened at the benefit night, Golbi returns to the very streets where she was rescued by ELEM. At the time, an ELEM social worker recognized her talent and encouraged her to pursue her dream of becoming an artist.

Backed up by three New York-based Israeli student musicians, including a cellist with the carved image of Golda Meir on the instrument’s scroll, Golbi, a tattoo of a phoenix on her right shoulder visible under her blouse, had the audience on its feet as she belted out a set of her hits. . At the end, everyone joined with her in singing the iconic song “Hallelujah!” There were no encores.

The benefit, which was attended by 300 and raised $600,000, was hosted by award-wining broadcaster and author Lynn Sherr. Ido Aharoni, Israel’s consul general in New York, gave the welcome address. Edward Blank, telemarketing pioneer and founder and CEO of Edward Blank Associates, was the Elem 2011 Honoree. The ELEM Lifesaver Award was presented to Gerald Chertavian, founder and CEO of Year Up, a not-for-profit organization that offers an intensive one-year technical and communications training program for low-income youth aged 18 to 24.