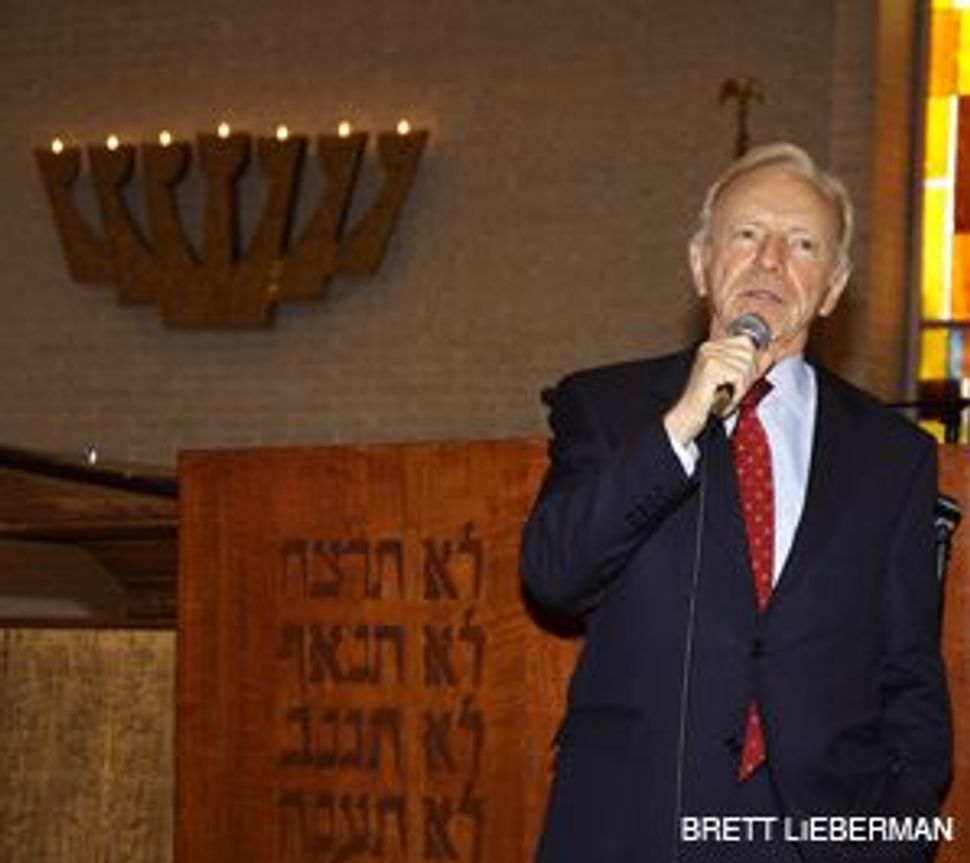 LIEBERMAN: The Connecticut made an appearance at a Philadelphia-area synagogue on behalf of John McCain.

Wynnewood, Pa. — Never one to fret about what’s beyond his control, Joe Lieberman sees no reason to start now. “I feel really at peace about it,” said the Connecticut senator, a registered Democrat who was re-elected as an independent and is now supporting a Republican for president. 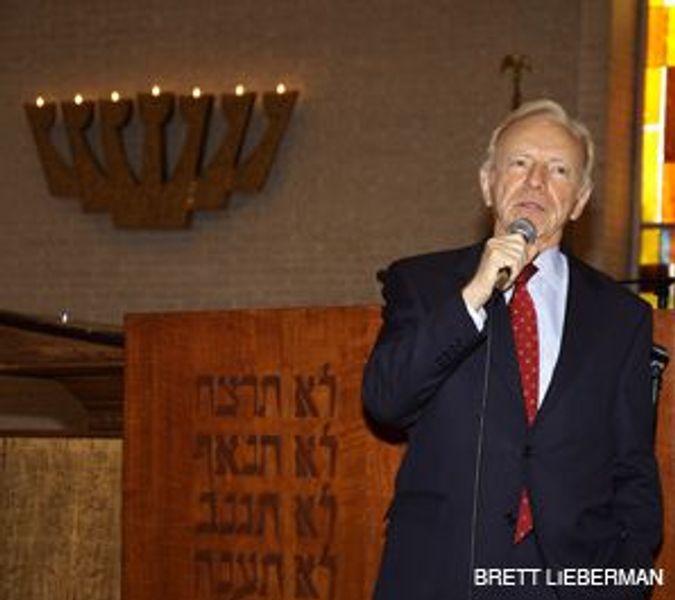 LIEBERMAN: The Connecticut made an appearance at a Philadelphia-area synagogue on behalf of John McCain.

But as a recent swing through synagogues in the Philadelphia area showed, Lieberman’s influence among Jewish voters in this election may be waning, and depending on the outcome, his influence in Washington after Nov. 4 also may be on the decline.

To be sure, Lieberman still draws a crowd, though it is far smaller than the ones he attracted when he became the darling of the Jewish community as Al Gore’s running mate in 2000. During any of three stops on a busy Friday here in the battleground state of Pennsylvania, he drew no more than 120 voters, and mostly was preaching to the choir of Republicans and politically conservative or Orthodox Jews already favoring GOP presidential nominee John McCain.

Lieberman’s decision to support McCain — and not just support him, but to campaign with him, and to speak at the Republican National Convention — infuriated many fellow Democrats, not to mention many Jews, who were elated just eight years ago when Lieberman became the first Jew on a major political party’s presidential ticket. It’s a decision that has made him a pariah among many in his own party and faith, and may limit his influence in the next Congress.

This notion will be especially true if Democrats win or get close to a filibuster-proof 60-seat majority in the Senate. Now, the Democrats need Lieberman to caucus with them. If their fragile majority becomes stronger, they may need him no longer.

Of course, a win by McCain over Democratic nominee Barack Obama would vindicate everything, and could provide him with a way to remain relevant: a possible Cabinet post in a McCain administration. But just as Lieberman was going to one synagogue after another, delivering his stump speech in his low-key, haimish manner, polls were showing Pennsylvania edging into Obama’s corner.

Earlier in the summer, Democrats worried openly about Lieberman’s influence as he toured synagogues in Florida and other states with large Jewish populations on behalf of McCain. Since then, Obama’s selection of Senator Joseph Biden, who has long had close relations with the Jewish community, as his running mate has proven reassuring for many Jews. Equally significant, though, was McCain’s pick of Governor Sarah Palin for vice president. Jewish communal leaders, Republican and Democrat alike, say that concerns about Palin have pushed many wavering Jewish voters away from McCain and likely trumped Lieberman’s influence.

Democrats have also tried to counter Lieberman’s credibility in the Jewish community with their own prominent Jewish surrogates. Former New York Mayor Ed Koch and Rep. Anthony Weiner, for example, trekked through many of the same Philadelphia-area communities a week before Lieberman, and Senator Hillary Rodham Clinton joined Rep. Allyson Schwartz three days after Lieberman.

But the Connecticut senator remains sure of his very public choice. “What’s best for the country matters more than the party label,” Lieberman said to about 75 retirees at B’rith Shalom House in Philadelphia. And in Lieberman’s mind, McCain will provide what’s best on foreign and domestic policy. “I know him and I have confidence in him and I believe at this moment he is better prepared to be the president that America needs,” he said of his friend of 20 years. There was a smattering of applause.

Even at the height of his popularity in 2000, Lieberman — with his kitschy stories about being Jewish — was never considered a dynamic or passionate leader. He’s more like Jimmy Stewart, who played the sincere but unexceptional Mr. Smith in Frank Capra’s “Mr. Smith Goes to Washington,” noted Judy Davidson of Downingtown, Pa., who helped organize the senator’s Philadelphia tour.

But much as Koch did in 2004, when the New York mayor was a leading Jewish supporter for President Bush’s re-election, Republicans hope Lieberman will challenge Jewish voters’ long held political beliefs. “His impact is he can do this, therefore maybe I can,” said Davidson, herself a third generation Jewish Republican. “The deal for us in the Jewish community is to vote responsibly this time and put principles above politics.”