One People Under a Sukkah 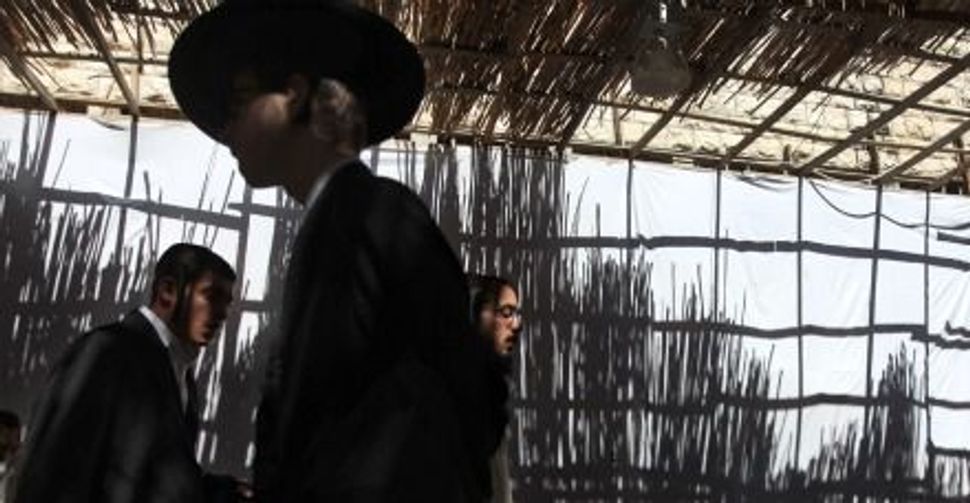 If I have one wish for Sukkot, my favorite Jewish holiday, it’s this: no more plastic fruit. Each year, Jewish people are commanded to fulfill the mitzvah of building a sukkah — a temporary shelter in which they eat (and sometimes sleep) throughout the weeklong holiday, which this year occurs from October 12 to 19. 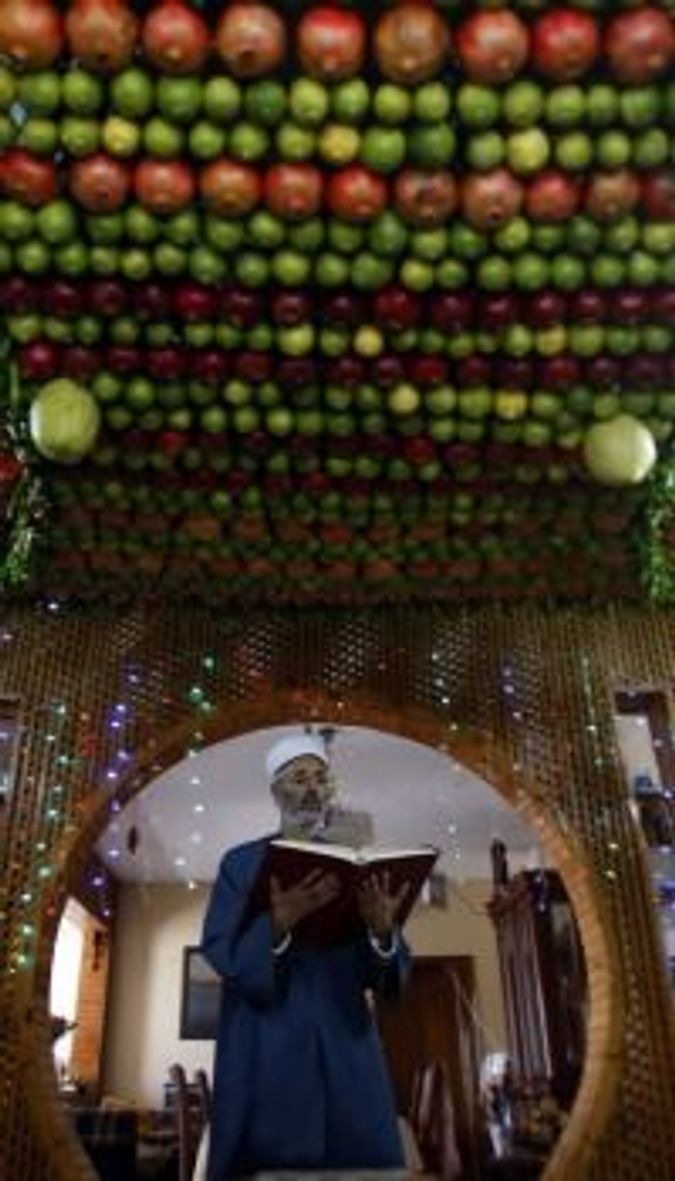 The Talmud instructs that one should not only build a sukkah, but one should make it beautiful as a way of honoring God. And yet, so many contemporary sukkahs rely on claustrophobia-inducing blue tarps for walls, plastic fruit as decoration and plastic dinnerware, all of which seem counter-intuitive to the holiday’s spirit of dwelling outside in the gorgeous ephemerality of autumn. Meanwhile, many Jewish organizations have begun to host “pizza in the hut” events (because who can resist a good pun?) that miss out on the opportunity to highlight Sukkot’s harvest themes and the bounty of seasonal produce available.

We can do better — and in fact, throughout history, we have. While there are halachic (Jewish law) considerations and commonalities among all sukkahs — for example, a sukkah must be built in an open space under the sky; it must be temporary; the roof (schach) must be made of plant material; there must be at least three walls — there is still ample room for interpretation and creativity. To provide a little inspiration this year, here is an international tour of beautiful, seasonal — and, in some cases, a bit wacky — sukkah decorations and foods from around the world.

Sukkah decorations in the U.S. tend to take their cues from the country’s other autumn harvest holiday, Thanksgiving. Indigenous crops such as gourds and pumpkins are hung from the rafters or piled onto the table. Dried corn stalks and branches with turning leaves lean against the walls or are woven throughout the schach. Paper chains are strung up like streamers, in looping arcs, and, in more recent years, some people have begun to recycle unwanted compact discs by hanging them from the ceiling like flattened disco balls. On the table, seasonal dishes from apple crisp to butternut squash kugels and acorn squash stuffed with wild rice give Sukkot fare a distinctly American flair.

Sukkah decorating traditions overlapped across parts of Eastern Europe in the 18th and 19th centuries. Complex paper cuts featuring the ushpizin (the seven heavenly guests — Abraham, Isaac, Jacob, Joseph, Moses, Aaron and David — who are said to visit sukkahs during the holiday) were common, as were small decorated birds made from eggshells and hung from the ceiling. Recipes for filled dishes such as apple strudel, stuffed cabbage and kreplach (dumplings) lent warmth to the cool fall evenings and represented the season’s harvest. In Germany, Sukkot meals often ended with lebkuchen, a cake-like honey cookie studded with fruit and nuts.

Traditional Bukharian sukkahs, which live on in the Bukharian communities in New York and Israel, are defined by their rich and intricate jumble of sights and scents. In “A Mosaic of Israel’s Traditions,” Esther Shkalim writes that the Bukharian sukkah is decorated with colorful silk and woven fabrics, while the floor is often covered in embroidered rugs and soft pillows in place of chairs. The entrance, she writes, is adorned with an arch of willow branches, and the ceiling hangs heavy with “giant melons, bunches of grapes, apples, pomegranates, pears and a mixture of mint, basil stems and all kinds of herbs,” lending fragrance to the air. Dishes centered around meat and rice, like the rice and ground beef-stuffed grape leaves called oshi toshi, are served to signify the holiday’s bounty.

As Joan Nathan writes in “Quiches, Kugels and Couscous,” in the 19th century, Jews in the Alsace region of France maintained a peculiar Sukkot custom. Their open-air huts were festively decorated with blue and yellow paper chains, rose branches and seasonal fruits like pears, apples and grapes. Most remarkably, they affixed a red onion struck through with rooster feathers to the door of their sukkah, in a colorful and unusual display of superstition. “No evil spirit in Jewish Alsatian memory has ever been able to penetrate, by day or by night, into a sukkah equipped with such a precious bulb,” wrote Daniel Stauben in 1860, in “Scenes of Jewish Life in Alsace.”

According to “Who Are the Jews of India” by Nathan Katz, Sukkot observance was not a part of Indian Jewish life for many centuries. Instead, they celebrated Khiricha San (“pudding holiday”) — a parallel festival centered around a corn and coconut milk-sweetened pudding that maintained Sukkot’s harvest theme. By the mid-19th century, however, they were reintroduced to the holiday and began to erect sukkahs constructed from coconut palm branches.

Historically, the walls of Italian sukkahs were adorned with elaborate paintings or engraved panels featuring images and text from the Torah. Throughout the 18th century, Italian Jews favored decorations made from intricately cut paper. Venice’s Jewish community continues to make a tavola dell’ angelo (table of the angel) for Sukkot — an elegant tablescape of pomegranates, corn and other symbols of abundance and hope. The set-up also included bollo — a sweetened yeast cake studded with dried fruit that Italians eat throughout the holiday. The name comes from the Spanish word “ball,” and attests to the heavy Sephardic influence found throughout Italian cooking.

Rabbi Herbert Dobrinsky, in “A Treasury of Sephardic Laws and Customs,” writes that Judeo-Spanish sukkahs feature biscocho — sweet, sesame seed-covered cookie rings — hanging along with fruits from the schach. Other families bake the cookies into the shape of a Star of David.

In “The Book of Jewish Food” Claudia Roden paints a dreamy Sukkot scene: “[In Morocco] huts were built on rooftop terraces and lined with cloth, then filled inside with rugs, mattresses covered with brocades, and silk shawls and embroidered curtains. Strings of electric bulbs lit them up.” In many Moroccan sukkahs, a beautifully decorated chair or stool was hung on the wall to represent either Elijah or the ushpizin. The table was adorned with a sumptuous feast with couscous, fava bean soup and pastilla, a phyllo-dough pie stuffed with chicken, among other delicacies.

One People Under a Sukkah