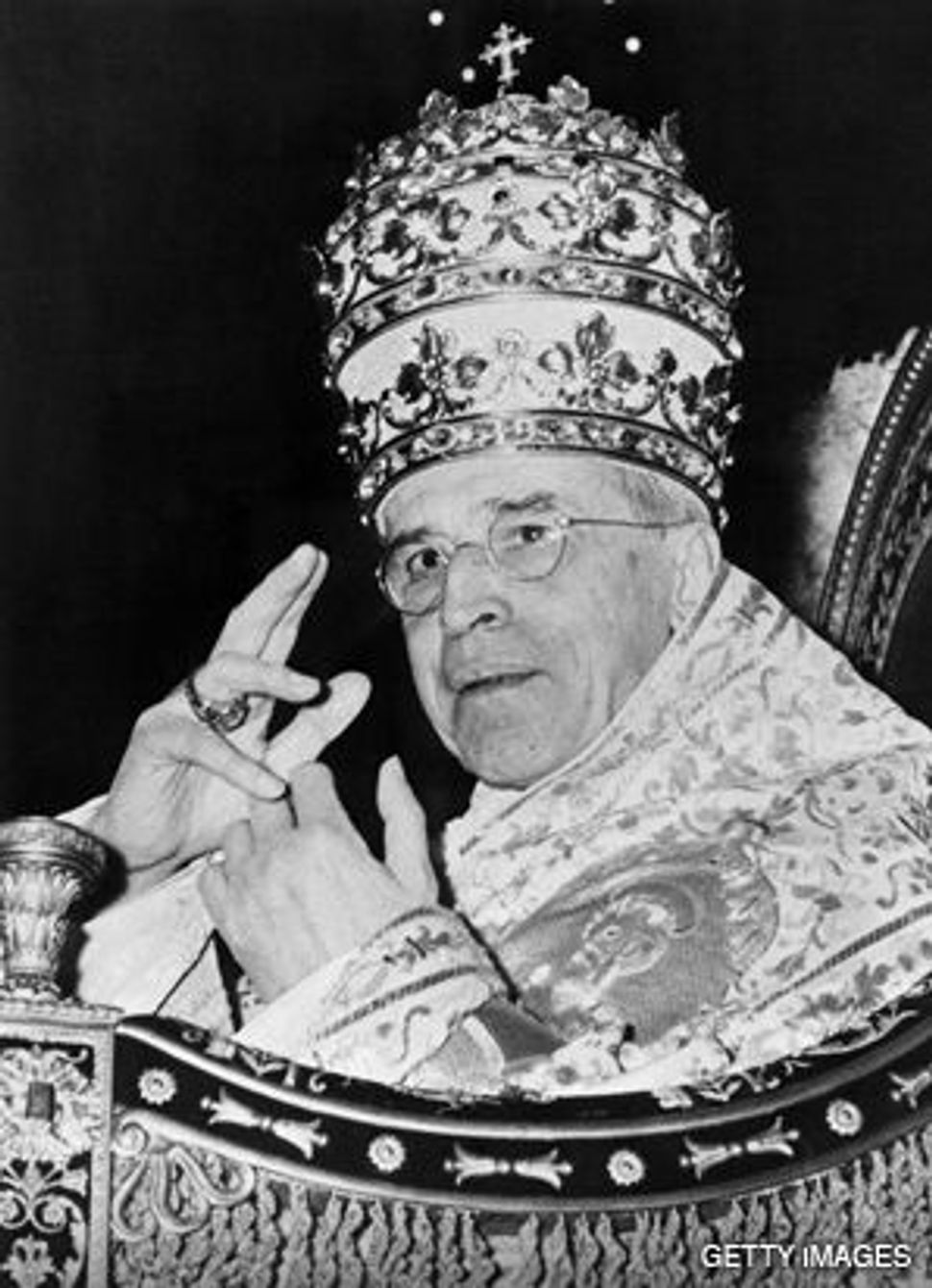 After years of quiet diplomacy, the controversy over the beatification of Pope Pius XII, the World War II-era pontiff, has once again burst into the open and renewed tensions between the Vatican and Jewish groups. 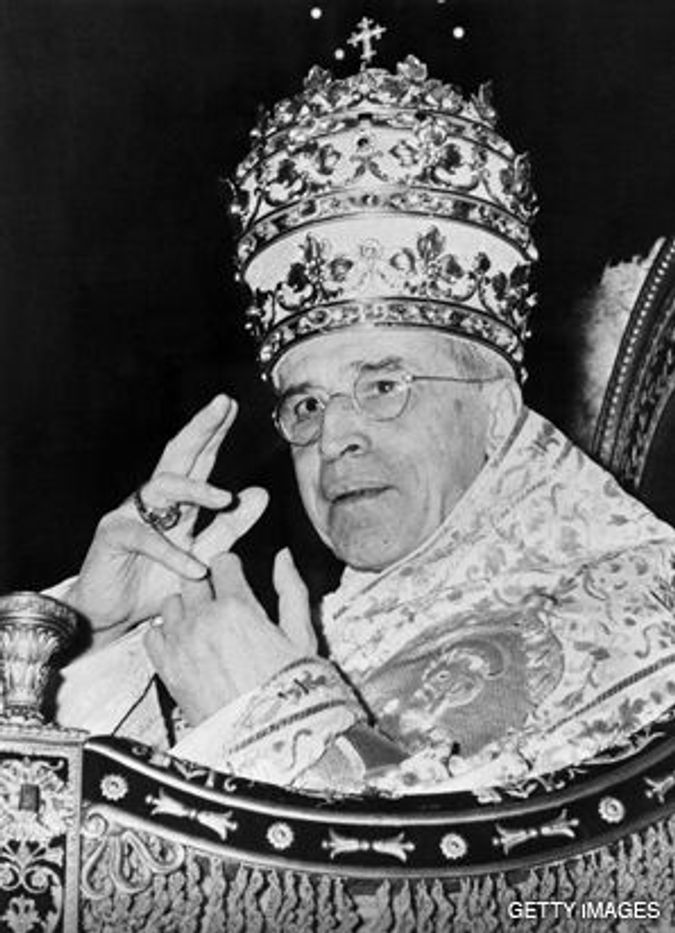 Jewish leaders are calling on the Vatican to ensure that all relevant archival materials related to Pius XII, also known as Eugenio Pacelli, be made available before deciding on his sainthood.

The Jewish umbrella group in charge of official relations with the Holy See is planning to raise the issue during a meeting with Pope Benedict XVI later this month. The issue also is likely to be broached at a high-level biennial Jewish-Vatican meeting in mid-November in Budapest.

Abraham Foxman, the national chairman of the Anti-Defamation League, called on the body, the International Jewish Committee on Interreligious Consultations (IJCIC), to “take a strong stand” in insisting that the Vatican fulfill its promise to open its wartime archives to independent scholars.

The latest spat began earlier this month when Rabbi Shear Yeshuv Cohen of Haifa, the first Jew invited to attend the Vatican’s annual meeting of bishops, known as a synod, spoke out against the move to canonize Pope Pius XII, stressing that Jews cannot “forgive and forget” that he did not speak out enough against the Holocaust. Later, he told reporters that Pius “should not be seen as a model and he should not be beatified.”

Pope Benedict XVI then declared during a commemorative mass on the 50th anniversary of the wartime pope’s death that Pius XII had worked “secretly and silently” to save Jews during the war and that he hoped his beatification, the last step before sainthood, would “proceed happily.”

In a world in which each word is carefully vetted, observers saw the pope’s comments as supporting the advocates of Pius XII who have for years been locked in a dispute with more liberal Catholics over his beatification and, more broadly, the direction of the Church.

“It would be fair to say that ‘hardliners’ have gained the upper hand within Vatican circles,” said Father John Pawlikowski, a liberal-leaning professor at the Catholic Theological Union in Chicago.

While he and other Vatican watchers noted that the pope spoke on a legitimate occasion –– the anniversary of Pius XII’s death – they pointed to the role played by a conference that featured speakers who defended Pope Pius XII’s wartime behavior. The conference, held in Rome on September 15- 17, was organized by the Vatican and a small U.S.-based interfaith group called Pave the Way Foundation. The group is led by Gary Krupp, a Jewish-American former businessman with close ties to the Holy See. At the conference, Krupp presented what he calls evidence of the pope’s role in saving the lives of some 860,000 Jews.

“I was raised believing Pius was Hitler’s pope but I now believe that he was the world leader who did the most to save Jews during World War II,” Krupp, who hails from the town of Long Beach, N.Y., told the Forward.

The conference has been attacked by a variety of Jewish leaders, liberal Catholics and historians for its pro-Pius XII bent. “This was a one-sided campaign rally rather than a serious intellectual inquiry,” said Michael Marrus, a history professor at the University of Toronto who declined to attend.

Krupp said he was outraged by the decision of several Holocaust museums and scholars not to attend. “How come a schlemiel from Long Beach was able to find some material on the pope that all those PhDs can’t dig up?” he said.

Critics reply that Krupp, who previously worked in the medical equipment industry, is hewing too close to advocates of Pius XII, who reigned from 1939 to 1958, within the Church. In 2000, Krupp received the papal honor of Knight Commander in the Order of St. Gregory the Great “as a result of his success recruiting medical equipment companies to donate $15 million worth of equipment for the Casa Sollievo della Sofferenza Hospital in Italy,” according to the Web site of his Pave the Way Foundation.

“I helped them get equipment, but I never raised money for the Vatican,” Krupp said. “They did not ask me to do all this.”

Over the last several years, Jewish groups and the Vatican had reached an implicit compromise whereby Jews would tone down their criticism of the Vatican’s intentions to beatify Pius XII in exchange for an opening of all the archival material relevant to his tenure.

“We understood that the beatification issue would remain on the backburner until the archives are open,” Foxman said. “Then Gary Krupp happened. He feels he is on a mission to reconcile the Jews and the Vatican and rides his hobby horse to beatify Pius XII. But he doesn’t represent the Jewish people.”

Pope Benedict XVI gave no indication as to whether he would sign a decree on the “heroic virtues” of Pius XII – an essential part of the process, which officially began in 1967. The Vatican’s Causes for the Congregation of Saints unanimously voted in favor of recognizing those virtues in May of last year, but the pope has yet to sign the relevant decree.

Rabbi David Rosen, the director of the department for interreligious affairs at the American Jewish Committee, and the current chairman of IJCIC, said the issue of the archives was continually being brought up with Vatican officials. While he acknowledged that “there is clearly a more concerted campaign to prepare the way for beatification,” he stressed that it should not come as a surprise, given Pope Benedict XVI’s long-held views on the issue.