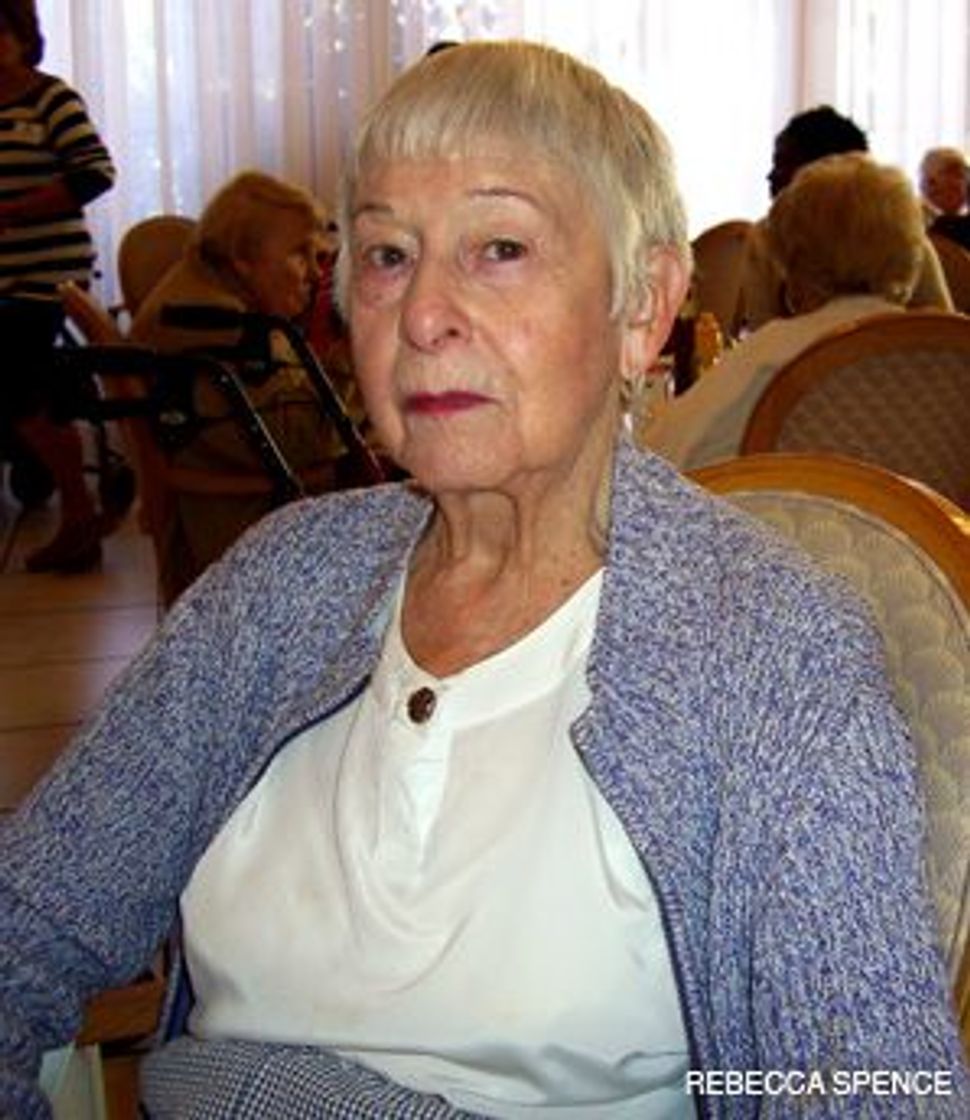 SENIOR ANGST: Freya Berman, 92, a resident of Westwood Horizons, said that if her children didn?t pay the pricey monthly rent, she?d have to consider leaving.

Los Angeles — In the past six months, 96-year-old Dan Chapman has lost $12,000 from a certificate of deposit that he had to withdraw from Washington Mutual bank before it came due, and he’s seen his mutual funds decline precipitously. 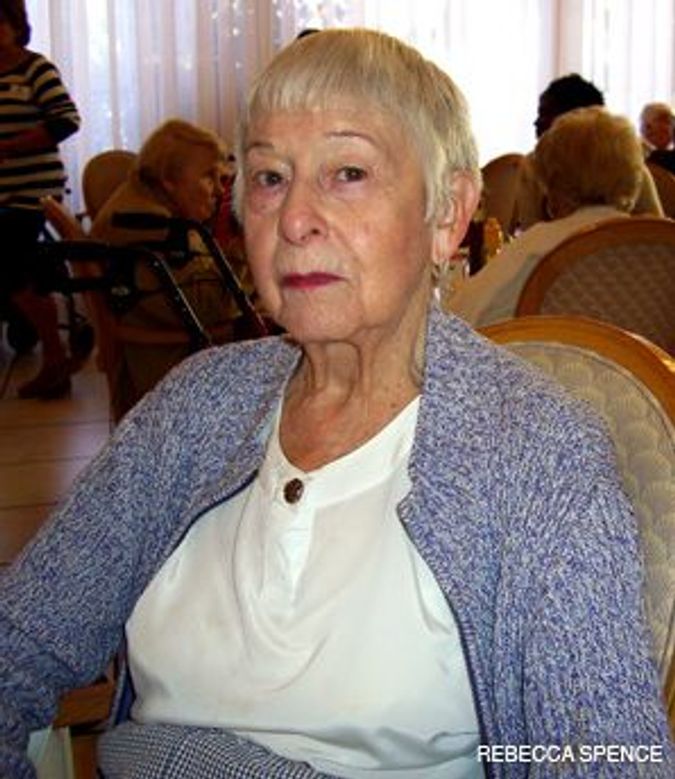 SENIOR ANGST: Freya Berman, 92, a resident of Westwood Horizons, said that if her children didn?t pay the pricey monthly rent, she?d have to consider leaving.

“If it keeps on, it will be precarious,” the one-time Jewish fundraiser said while sitting in the lobby of Westwood Horizons, a predominantly Jewish senior living facility in West Los Angeles.

While most Americans have been affected by the economic crisis that has crippled world markets, among the American Jewish population, seniors are disproportionately affected. According to the 2000-2001 National Jewish Population Survey, the percentage of Jewish seniors — those 65 and over — rose to 19% from 17% in the period between 1990 and 2000. In the general population, the proportion of seniors actually decreased over that same period of time.

The NJPS reported that there are roughly 1 million American Jewish seniors. Just how many Jews are retired or are preparing to retire is a different question. Bruce Phillips, a former member of the NJPS technical advisory committee, calculated that based on NJPS statistics, there are roughly half a million retired Jews. And there are another nearly 400,000 who were not retired eight years ago and are now approaching or have hit the traditional retirement age of 65.

But according to Phillips, given the recent financial meltdown, a percentage of those reaching retirement age will have to continue working. “Probably a lot of them are putting off retirement for a couple of years,” said Phillips, who teaches at Hebrew Union College-Jewish Institute of Religion, Los Angeles campus.

Those who are retired either worry about having enough money to pay for their living expenses or, if they are on government assistance, worry that they won’t have a place to live.

The Westwood Horizons seniors’ facility is 90 percent Jewish and caters to well-off clientele. In interviews, half a dozen residents expressed disappointment and trepidation at their financial losses, and some voiced anger at the government for allowing the financial crisis to occur.

Freya Berman, a 92-year-old Westwood Horizons resident, said that she, like Chapman, had recently lost money. “My reserves have dropped,” she said, declining to specify exact amounts. But Berman said her children pay the pricey monthly rent. “If I didn’t have my son paying rent,” Berman said, “I’d have to consider leaving.”

Atsie Stein, a retired auctioneer, is one of a small percentage of residents who has money in the stock market. Stein, 80, said that he has lost “well over” $100,000 in the last year. “I’m getting so disgusted that I don’t even look when I get the reports from my broker at Smith Barney,” he said.

Still, Stein said that he is optimistic that the market will bounce back. And, for now, he is not worried about having the funds to pay his $5,000-a-month rent for a two-bedroom apartment. “I can live here, no problem,” he said.

Facility staff said that thus far, nobody has had to leave Westwood Horizons because of financial difficulty. In fact, Leah Manoff, the human resources director and bookkeeper, said that in the last four months, 20 new residents have moved in — an increase that she credits to the efforts of marketing director Bridget Archer.

On the other end of the financial spectrum is the Los Angeles Jewish Home, a 16-acre facility in Reseda, Calif., that has a policy of serving the needy. Roughly 70 percent of the facility’s 970 residents receive government assistance, according to Molly Forrest, the home’s president and CEO.

Forrest said that over the last six months, the waiting list for residential care spots at the Jewish Home has grown and is now up to 18 months. In the past, it had been three to six months. “I believe that partly in response to the changing economics, we are having an increase in the number of applications for admission,” Forrest said. “If I were a senior citizen and looking at the future, I would be saying to myself, ‘You know what, maybe I ought to make sure that I have the care and the supporting structure if it turns out I need it.’ ”

The Jewish Home, which provides about $24 million worth of charitable care a year to its residents, will never ask residents to leave if they can’t pay, Forrest said.

In one sense, residents of the Jewish Home — which earns the bulk of its $70 million annual budget from the state and federal welfare systems — are less affected by the economic crisis. Because most of the residents are subsisting on welfare, they have no retirement savings to lose.

But Gerald Bubis, 84, a Jewish communal observer, warned that senior facilities like the Jewish Home, which takes in about $12 million a year in philanthropic donations, could find themselves in hot water if those philanthropic dollars dry up.

“The problem will be, if there is a problem, that the groups that support the home with private funds will have diminished assets,” Bubis said. “If you’re raising money for the home, you would not yet have seen the results of this new economic tsunami.”