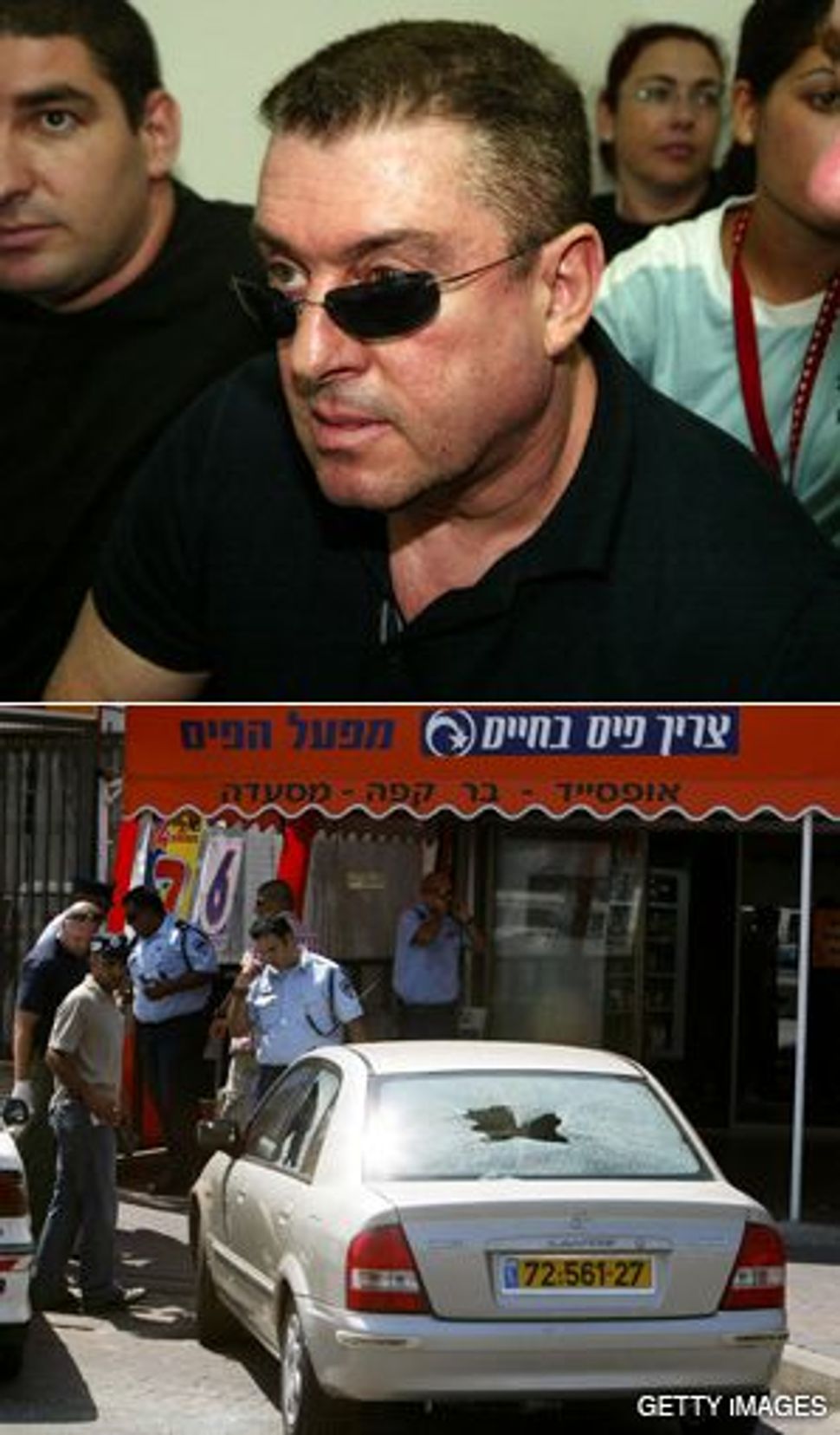 FAMILY FEUD: Police in Netanya gather evidence following a September shootout between two crime families. Zeev Rosenstein (above), the first Israeli crime boss extradited to the U.S., is now back serving time in an Israeli jail.

Faced with a recent surge of mob-related murders, Israel appears to be reaching out to the United States for help in bringing its leading underworld figures to justice. 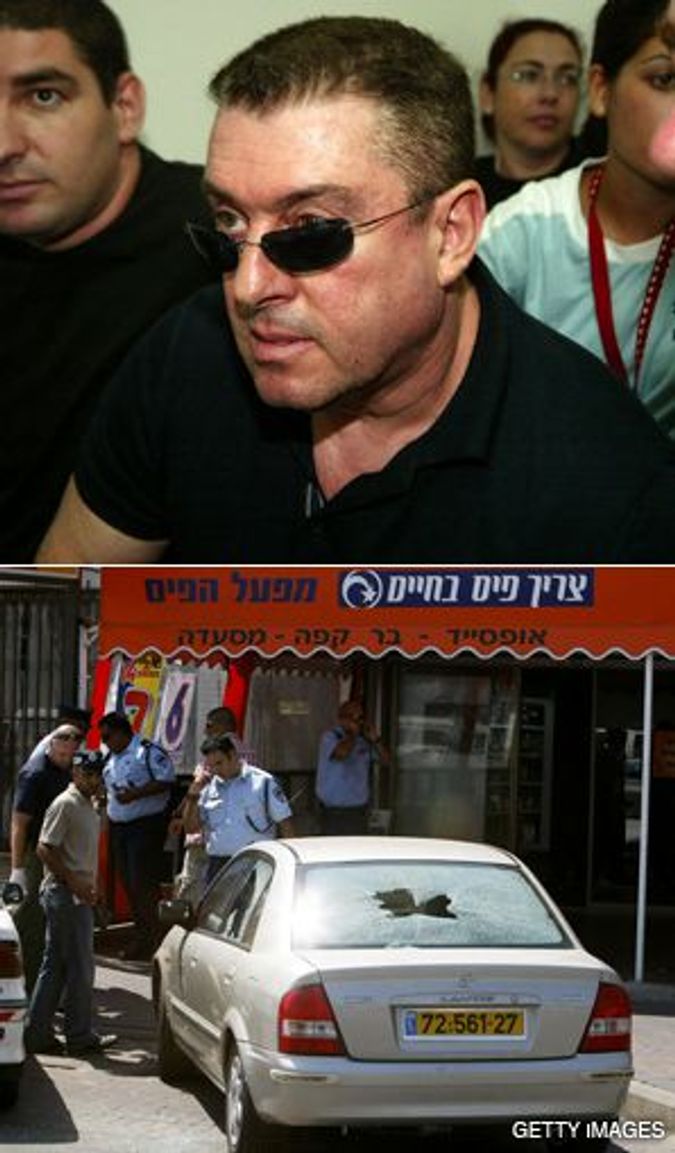 FAMILY FEUD: Police in Netanya gather evidence following a September shootout between two crime families. Zeev Rosenstein (above), the first Israeli crime boss extradited to the U.S., is now back serving time in an Israeli jail. 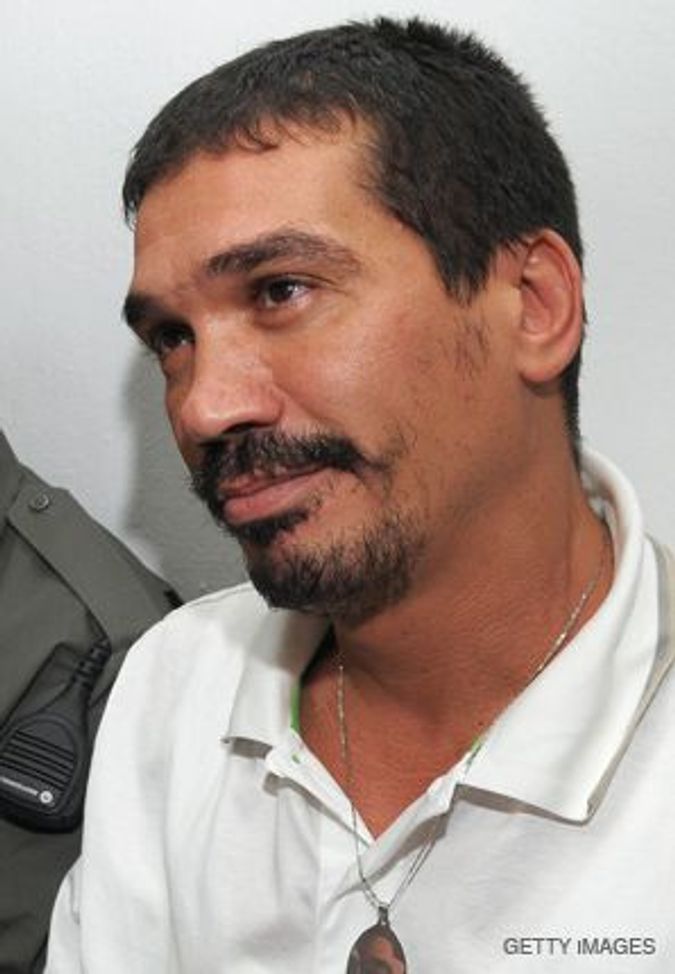 ABERGIL: The head of one of Israel?s most powerful crime families is being held in jail awaiting possible extradition.

With the cooperation of Israeli authorities, Justice Department officials in the United States are currently preparing to request that a leading Israeli crime boss be extradited to the United States for prosecution. The extradition would allow the boss to be prosecuted in American courts rather than Israeli ones — a shift that Israeli authorities have encouraged. It is the second such request in two years.

In the current instance, Yitzhak Abergil, said to be in his mid-30s, was indicted late last year by a federal grand jury in California on charges that he distributed ecstasy pills and masterminded the slaying of a drug dealer in Los Angeles — an indictment that was made public after Abergil was arrested by Israeli police after a shootout near Tel Aviv last summer.

“I think the police are not putting enough effort to crack down on those gangs, and therefore it is much easier and convenient to transfer the offender abroad,” said Emanuel Gross, a professor of criminal law at Haifa University.

Israeli and American officials did not respond to requests for comments about the motivation behind the recent extradition requests.

The current moves by Israeli authorities stem from an amendment to Israeli law in 1999 that allowed the country to extradite citizens who reside in the country, on the condition that they serve their prison sentences in Israel. The Israeli government had previously adopted a law in 1978 barring the extradition of its criminals because of what then-prime minister Menachem Begin described as a fear that the prosecution of Israeli criminals abroad would be tainted by antisemitism abroad.

While several minor Israeli criminals have been extradited since the 1999 amendment, mostly on drug dealing charges, a turning point came in 2006 when Zeev Rosenstein became the first Israeli crime boss to be extradited to the U.S. He pleaded guilty before a federal court in Florida to charges that he distributed ecstasy pills and was sent back to Israel to serve a 12-year sentence.

After failing to nab him for two decades, Israeli police, acting on an international arrest warrant, apprehended Rosenstein in 2005 in coordination with U.S. law enforcement, for allegedly smuggling drugs to the U.S. He appealed his extradition before the Israeli Supreme Court. In their ruling authorizing the extradition, the Justices noted that “Israel—like the world’s other nations—is forced to confront a new criminal reality in which crime has become more organized, more international and more widespread than ever before.”

The probe partly relied on the testimony of witnesses, who have since entered a protection program in the U.S., for which there is no equivalent in Israel.

“This is serious organized crime with people shooting in the streets and the reality is that Israel needs help to deal with it,” said Amos Guiora, an Israeli professor who teaches criminal law at the University of Utah. “Prosecuting those crime bosses in the U.S. makes sense because the case is probably tighter there but also because witnesses in Israel would be very reluctant to come forward.”

In an interview with Haaretz published late last month, Israel’s police chief David Cohen rejected the claims that the U.S. justice department was acting where the Israeli authorities could not, stressing that the police had played a “huge” role in the California indictment of Abergil and six associates. “The Israel Police led with American assistance, not the other way around,” he said.

He noted, however, that Israeli law enforcement had identified six national crime organizations that had penetrated local governments and the formal economic sector, and “equipped themselves with large quantities of combat means explosives and arms.”

In recent years, the Abergil family united with another family, the Alperons, in a battle for control of criminal activities and faced off with the now-jailed Rosenstein and the Abutbul family. The mob war has featured bombings, shootings and even missile firings.

The killing and maiming of a series of innocent bystanders has caused an uproar, prompting criticism that the authorities were incapable of dealing with increasingly bold and murderous crime syndicates. In the last two months, the police have deployed additional troops and made several arrests in Netanya following a drive-by shooting in broad daylight against an alleged mob boss in a restaurant and the stabbing of a key witness in a case brought against the Abutbul family. The outburst of violence prompted calls by a variety of Israeli politicians for a crackdown, while police and judicial officials accused each other of hampering efforts to do so.

“There is no doubt that we’re seeing a war between the organized crime families in Netanya,” Labor Knesset member Ophir Paz-Pines said at a Knesset Internal Affairs Committee meeting in mid-September. “It is unacceptable to allow this situation to become the norm, turning the streets of our cities into Chicago.”

In late July, Margarita Lautin, a social worker was mistakenly shot in front of her husband and two young children during a failed assassination attempt on gang members in Bat Yam, a city to the south of Tel Aviv.

The police arrested Yitzhak Abergil and his brother Meir on suspicion that they were involved in the incident. The authorities, however, did not have enough evidence to tie them to the crime. At that time, the U.S. authorities informed their Israeli colleagues that the U.S. had indicted Abergil and was seeking his extradition, prompting the police to keep him in custody.

The investigation into the case of Abergil and six accomplices has lasted for six years and involved law-enforcement officials from more than 10 countries in America, Europe, Asia and the Middle East, U.S. prosecutors stated in the indictment.

The 78-page indictment alleges the Abergil family teamed up in 2000 with members of the Vineland Boyz gang, in California, to traffic ecstasy. In August 2003, a member of the gang and two unidentified co-conspirators fatally shot an Israeli suspected of stealing drugs, according to the indictment. At a custody hearing in Jerusalem in late August, Abergil called the allegations “police provocation” and added that he had never been to the U.S., according to Israeli media reports.

In late August, a Jerusalem Magistrate Court ruled to keep the Abergil brothers and two of their accomplices in custody for 20 days pending a formal request by U.S. law enforcement for their extradition. The custody was prolonged in mid-September. The U.S. has 60 days to formally present the extradition request to Israel’s Justice Ministry.

Thom Mrozek, spokesman for the U.S. attorney’s office in central California which issued the indictment, did not respond to a query asking when the extradition request would be submitted.

If the Israeli Justice Ministry is satisfied with the request, it will ask a court to extradite the suspects, who could then lodge an appeal with the Supreme Court.

“The current climate in Israel is to say ‘yes’ to such extradition requests because they recognize the global nature of criminal gangs and that those Israelis are involved in serious crimes in the U.S.,” said Myles Malman, a former chief assistant U.S. attorney for the Southern District of Florida.