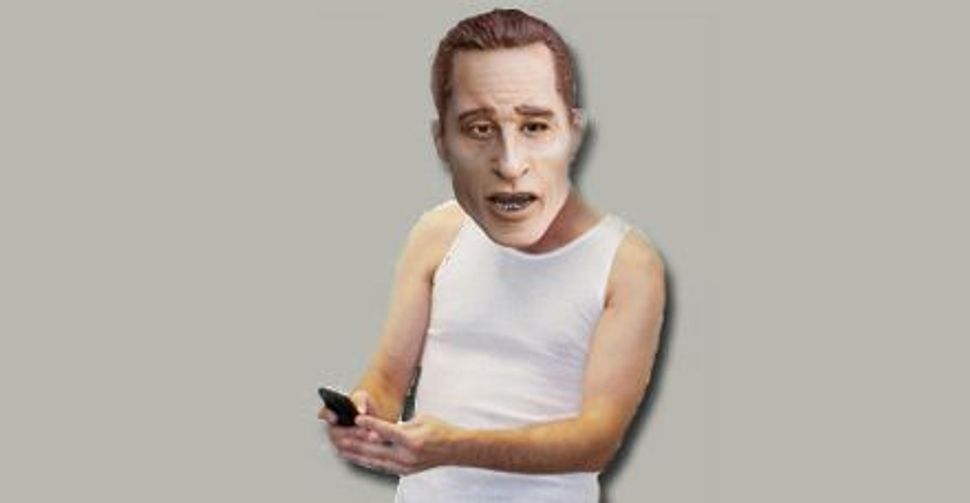 If New Yorkers thought they got rid of disgraced Rep. Anthony Weiner back in June, they better think again. The sexting congressman is back to haunt the city. Or at least its Halloween parties. 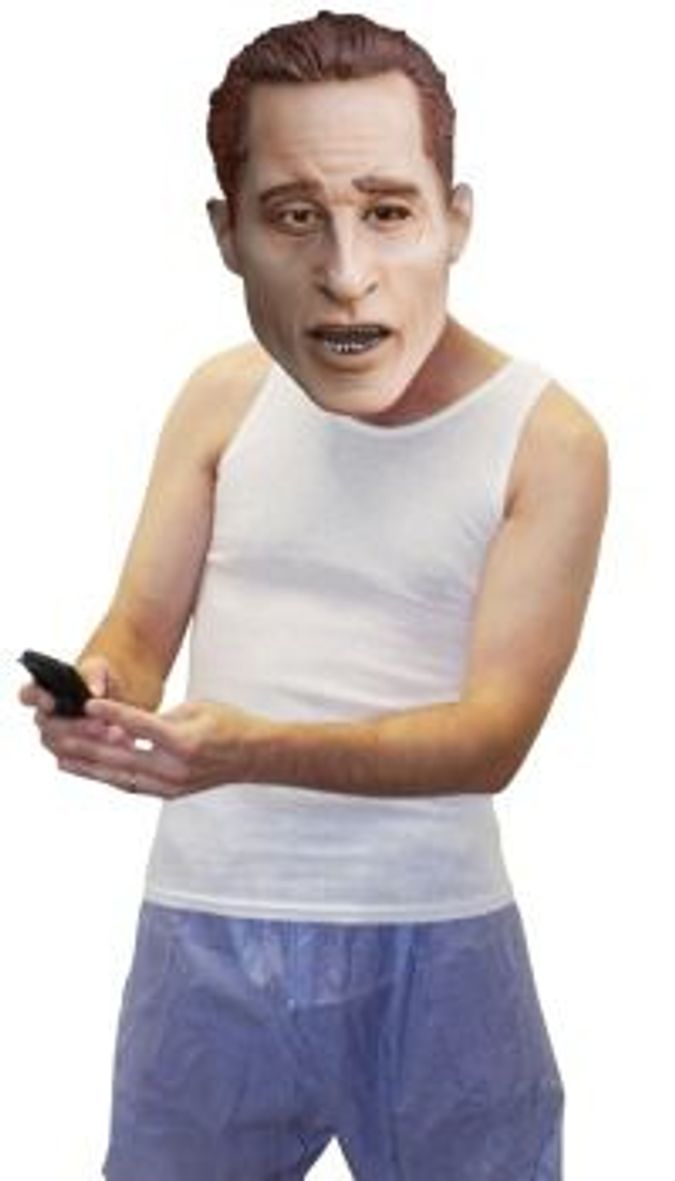 Put That Phone Down, Dude! Disgraced congressman Anthony Weiner is one of the hottest-selling costumes for Halloween.

The Weiner costume is a big seller for Halloween at Ricky’s NYC, purveyor of all things for the spooky season.

Dubbed the “Anthony,” the costume consists of a mask contorted into a shocked grimace ($24.99), and a white tank top with a pair of baby blue boxer shorts from which a plastic pair of you-know-whats hangs out ($19.99).

“The thinking behind that was the guy had [a lot of chutzpah],” said Dominick Costello, president of Ricky’s NYC, using a common anatomical reference.

Weiner, who represented parts of Queens and Brooklyn in Congress, resigned on June 16 after admitting to sending lewd text messages and photos to at least six women over the past few years.

Costello said that the idea for the costume, which came from Ricky’s CEO Todd Kenig, wasn’t meant as a personal dig.

The Anthony was revealed earlier this week online. Costello said he doesn’t know how many have sold yet.

Ricky’s New York stores are in the middle of unloading their Halloween merchandise and the Weiner costume should be on sale at all 26 Ricky’s outposts—in addition to another 26 Halloween pop up shops—by mid October.

“If the media keeps picking up on it I am sure we will sell it out,” said Costello.

Ricky’s also vends a costume representing another Jewish transgressor, Bernie Madoff. Unveiled last year, the Whack the Ponzi Schemer costume comes with a mask, a pair of handcuffs, an orange jumpsuit with a target sign on the back, and a blow-up hammer with which Madoff’s clients can take out their frustrations.