ON THE PITCH: Christopher Browne?s ?Sons of Sakhnin United,? a movie about Israel?s leading Arab soccer team, is featured in the Other Israel Film Festival.

Two film festivals showcasing Israeli cinema are coming to New York City in the next few weeks. The Israel Film Festival, which this year commemorates Israel’s 60th anniversary, will showcase 30 new feature films, documentaries, TV dramas and student films that celebrate Israeli life and culture. The Other Israel Film Festival, now in its second year, will explore the lives and culture of Israel’s Arab citizens, and will feature films and special presentations to illuminate the lives of Israel’s minority population. 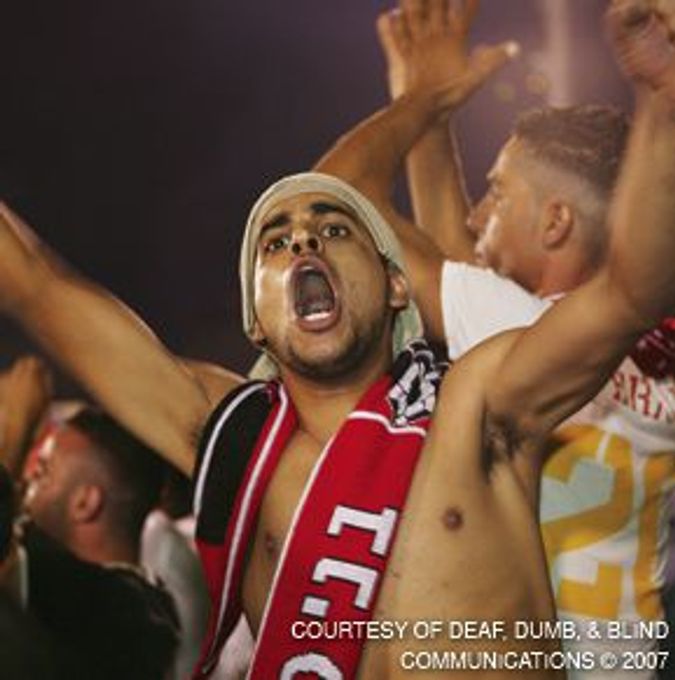 ON THE PITCH: Christopher Browne?s ?Sons of Sakhnin United,? a movie about Israel?s leading Arab soccer team, is featured in the Other Israel Film Festival.

A selection of films at the Israel Film Festival include Ran Tal’s documentary, “Children of the Sun,” about the history of the Kibbutz movement; Eli Cohen’s “Altalena,” a drama about the tragedy aboard the ship on which 960 new immigrants, most of them Holocausts survivors, were caught in the middle of a conflict between David Ben-Gurion and Menachem Begin; and Eliezer Shapiro’s TV drama “Srugim,” about religious, single 30-somethings in Jerusalem who don’t find their place in the existing religious framework.

The Other Israel Film Festival will feature films as varied as the people who make up Israel’s Arab minorities. Ada Ushpiz’s “Desert Brides” is a documentary that looks at the practice of polygamy through the eyes of three Bedouin women; “Lady Kul El Arab,” from director Ibtisam Mara’ana, tells the story of Angelina, the first Druze woman to break into the world of Israeli fashion, and new episodes from Roni Ninio’s Arab television show “Arab Labor,” a look at the complicated issues of identity for Arab citizens of Israel.

Highlights from both festivals include panel discussions and Q&As with the directors. The Other Israel Film Festival will also feature open discussions, photography exhibits and musical performances to further shed light on the lives of Israel’s Christian, Muslim, Bedouin and Druze minorities.