Home Away From Home: Memories of a Chesapeake Bay Fishing Club 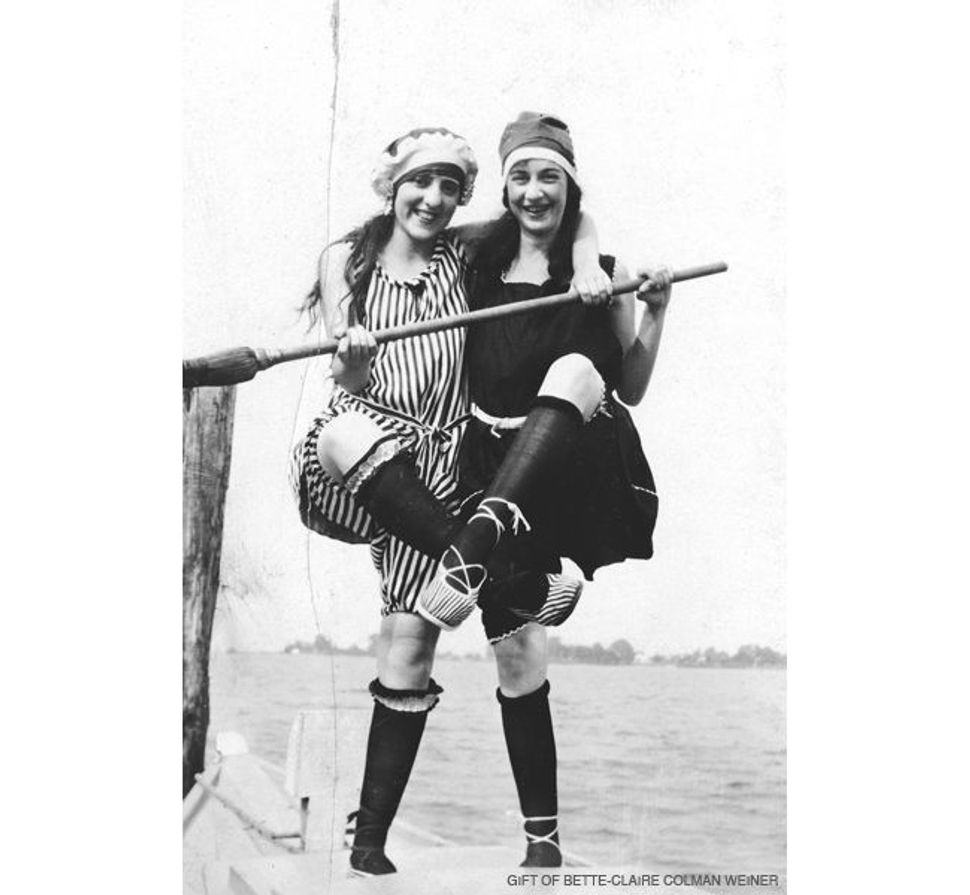 The National Masonic Fishing and Country Club, known by its original members as the Fishing Club, owed parts of its parentage to a kibbutz, a Catskills *kuchalayn *(a summer camp with bungalows and a community eating place) and a commune, and yet it was its own distinct establishment.

Set along a rocky portion of the Chesapeake Bay at the point where the bay meets the West River in Shady Side, Md., the Fishing Club was the summer weekend home of a bunch of guys (and their families) from the Washington, D.C., area who loved to fish. In 1927, 26 members officially opened the facility, a rustic, bare-bones building. The children slept in dormitory-style rooms; the couples were barely separated by hanging sheets between the beds. These 26 people were members of the National Masonic Lodge No. 12.

The home lacked the amenities of Catskills bungalows — water came from a hand pump, and the facilities were outdoors — but it had access to the Bay and its tributaries, where members could catch bluefish, white perch and other species. It was a great place for boating, swimming, reading, playing cards, talking, knitting and friendship. Perhaps most important, it provided an escape from the city’s sweltering summer heat. For more than six decades, the Fishing Club families were a close-knit community.

Barry Kessler, a freelance curator, captured those idyllic moments in an exhibit and catalog titled For Fishing, Family and Fun: Seven Decades of Communal Living by the Chesapeake Bay, on display through September 2009 at the Captain Salem Avery House Museum. Kessler interviewed more than two dozen people and gathered old photographs, artifacts and comments for this nostalgic romp. The story of the Fishing Club is told through 15 panels, wall plaques, framed papers and other memorabilia.

Most of the Fishing Club members who bought into the home were Jewish, with recent Eastern European roots. It gave them a place to stay along the Bay, where many beach areas were off limits to Jews, African Americans and other recent immigrants. Some of the families in D.C. kept strict kosher homes and brought their own food for the weekends. Others threw caution to the wind and enjoyed bacon for breakfast and hot and spicy steamed Chesapeake Bay blue crabs for lunch or dinner.

Membership included Melvin Foer and Art Sheinbaum, who together started the chain of Melart jewelry stores in 1939, and Samuel Gompers Jr. and Henry Gompers, sons of the founder of the American Federation of Labor.

As time passed, the original members of the Fishing Club moved on and new members joined. The home eventually became known as “Our Place.” The building was expanded and modernized over the years, and an in-ground swimming pool was built in 1957 so that members and their guests could avoid the stinging sea nettles that invade the Bay every summer.

By the 1980s, membership had started to dwindle as D.C.-area residents found other, more conveniently located places for recreation. The building was showing signs of aging, and members realized that it had to be sold. The club’s charter specified that it must be sold to a not-for-profit organization. In 1989, the deed was transferred to the Shady Side Rural Heritage Society, whose members have dedicated themselves to the restoration of the house. The building was renamed the Captain Salem Avery House, in honor of its original owner, and is now used for office space, exhibits and special events.

Judy Colbert, an award-winning writer and photographer, was born in Washington, D.C. She lives in suburban Maryland, not far from Shady Side, although she never visited “Our Place” during its heyday. She blogs at www.judycolbert.com.

Home Away From Home: Memories of a Chesapeake Bay Fishing Club