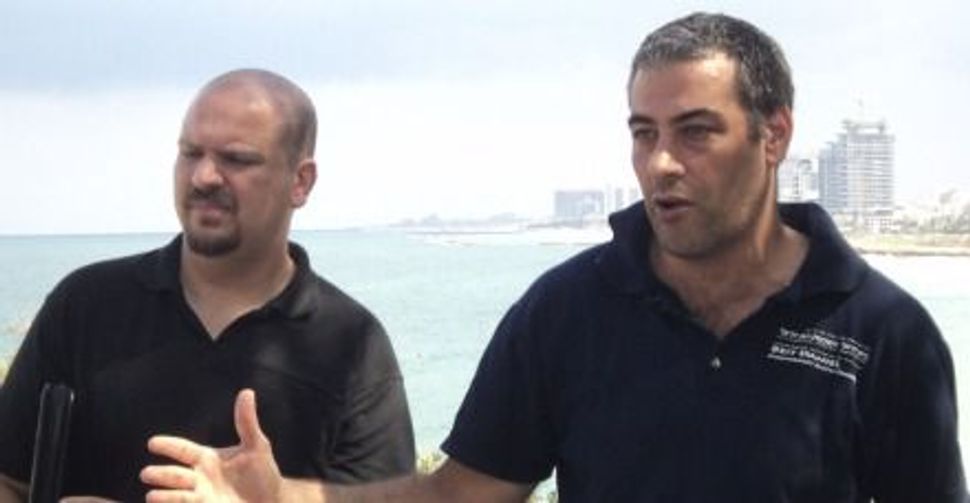 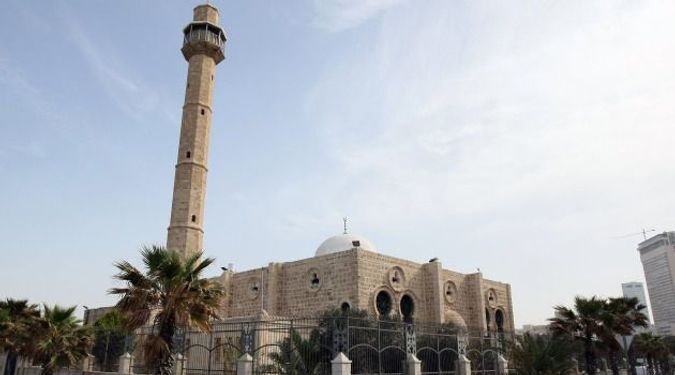 Mixed for Good: The port city of Jaffa has been home to Jews and Arabs for centuries. Some see it as a model for a future single state in which both groups live in peace. Image by getty images

It’s an ideology with few followers among Israeli Jews, but activists for the one-state solution are reaching out to American visitors via tours of the Arab-Jewish town of Jaffa. And they are doing so with the help of Israel’s Reform movement.

Jaffa, now part of the municipality of Tel Aviv, was a town in which a Jewish minority lived for centuries with Arab Muslims and Christians before Israel was established in 1948. Now, its graceful Arab architecture provides a rich historical background for one-state advocates Yuval Tamari, a Jewish schoolteacher, and Wasim Bearumi, an Arab psychologist, to tell a story of the past that feeds their vision of the future.

“The two-state solution is said to be a practical solution, but it’s division,” Tamari told a recent tour group. “I want to be able to visit Nablus and other places from my history. And Arabs have a lot of history here in Jaffa.”

Recently, Jaffa, where Jews now make up about two-thirds of the population, has become a hotspot of sectarian attacks. In early October, unknown attackers desecrated Muslim and Christian graves — the third in a series of attacks on Arab sacred sites in Israel and the occupied territories. This was followed by someone throwing a firebomb onto a Jaffa synagogue roof. Still, Tamari and Bearumi, both of whom declined to comment on these recent events, are undeterred.

On a recent summer day, a group of 30 tourists from the Temple Israel Center, a Conservative synagogue in White Plains, N.Y., heard the message of the tour, which was that Jaffa should actually be seen as a model for coexistence. The Daniel Centers for Progressive Judaism, a large complex of Reform cultural and community centers in Jaffa, has been running the “Coexistence Tour” for four years, giving a platform for the activists to share their political vision with almost 500 Diaspora Jews yearly, mostly as part of communal Israel trips.

Meir Azari, senior rabbi and executive director of the Daniel Centers, said of the guides’ one-state ideology: “Don’t take it as our platform.” His center runs the tours, however, because they “highlight the possibility of living together although we have disputes.” Azari said the two guides’ tour also restored a balance missing from most Jewish tours. “You can go on Birthright or Masa without meeting an Arab educator,” he said, referring to two popular Zionist-oriented Israel tour programs.

The tour, which took place August 31, included a visit to Jaffa’s shopping district, where the guides showed the group a gated community with luxury apartments marketed exclusively to Jews. This self-separation of Jews from Arabs represents division between the two cultures at its worst, the guides said — a far cry from Jews in the 19th century who “saw themselves as part of what was happening here, not segregating themselves,” according to Bearumi.

Zionist organizations have long used tours, including Jewish federation missions, as a means of conveying their viewpoints, using the stories and histories of particular sites to promote a broader ideological message. Since the Gaza evacuation of 2005, the settler movement has redoubled its own efforts to attract visitors to specific West Bank sites to sway international Jewish opinion against any further territorial withdrawal. But the tour conducted by Tamari and Bearumi is the first to promote the one-state solution to Israel’s conflict with the Palestinians to Diaspora Jews.

“What we have now is lots of fear machinery,” said Bearumi, arguing that a one-state solution “would lead to more people being included in [mainstream] society and fewer people who are ‘them.’”

While settler tourism seeks to promote maintaining the current situation — namely, Israel’s occupation of the West Bank — the Jaffa tour is out to try to recapture what it maintains once was.

Tamari and Bearumi start in the Old City, talking of the 19th and early 20th century, when Jews and Arabs lived peacefully side by side in Jaffa, said Bearumi, who is descended from an old Arab Jaffa family. He spoke of the cultural closeness and personal friendships between Jews and Arabs in this era.

In the guides’ opinions, the relationship between the two groups changed with the 1921 Jaffa riots, a series of violent attacks by Arabs on Jews in the context of increasing Zionist immigration to the area. The low-point was 1948, when most Arabs left — fleeing or being deported, depending upon which version of history one accepts — or found themselves under Israeli military rule. “My family was deported,” Bearumi said, with the group gathered around him at the harbor. “My father’s family was put on ships, headed to Lebanon.” According to Bearumi, the only reason he was born in Israel is that the British shot at the boat with his father’s family on it, thinking it contained Jews. The boat then went to dock in Akko, which was included as part of Israel after 1948.

Both guides argued passionately that had community figures and politicians in 1948 acted with vision, Jaffa could have become a bastion of coexistence. “Jaffa could be taken as an example of an opportunity that was missed — but that opportunity is still realistic in a wider context,” Tamari argued.

In the guides’ opinion, Israel and the Palestinians need to analyze what maintained harmony in Jaffa until 1921 — in their view, the absence of competing nationalist rivalries until then — and apply a solution based on this principle on a countrywide scale today. They admit that circumstances have changed. Tamari acknowledged that their view is “definitely on the fringe of Israeli politics.” But they believe it is the best bet for peace. In a discussion held in one of the Daniel Centers’ conference rooms after the tour, both he and Bearumi said that the one-state solution must come about because Israel, which describes itself as a “Jewish and democratic state,” is currently “democratic for Jews and Jewish for Arabs” — an allusion to the deep disparities Arab citizens of Israel face in the allocation of public resources and in discrimination against them in housing, employment and their treatment by government authorities, despite the right to vote and serve in the Knesset. Israeli Arabs, who mostly self-identify as Palestinians, are 20% of Israel’s population.

Tamari said, “We have to choose; we can’t go on trying to put these definitions of ‘Jewish’ and ‘democratic’ together.” Bearumi, questioned by a member of the synagogue group about the security of Jews in a binational state, said he believed that they would be safe; however, he admitted, “The fear is always going to be there; the voices that want to throw you into the sea are always going to be there.”

For many members of the visiting group, this was the first encounter with binational ideology. Most saw it as interesting, though none said they were swayed. “We often forget that the same events are perceived differently in different narratives,” said Gordon Tucker, senior rabbi of the Temple Israel Center, who did not agree with the ideology he had just heard.

“The first step in really achieving some kind of wisdom is to understand what those narratives are and not just dismiss them, as often happens,” he said.

Art Korzec, an attorney who was on the trip with his wife and two children, summed up the vision proposed by Tamari and Bearumi as “wonderful… but not realistic.”