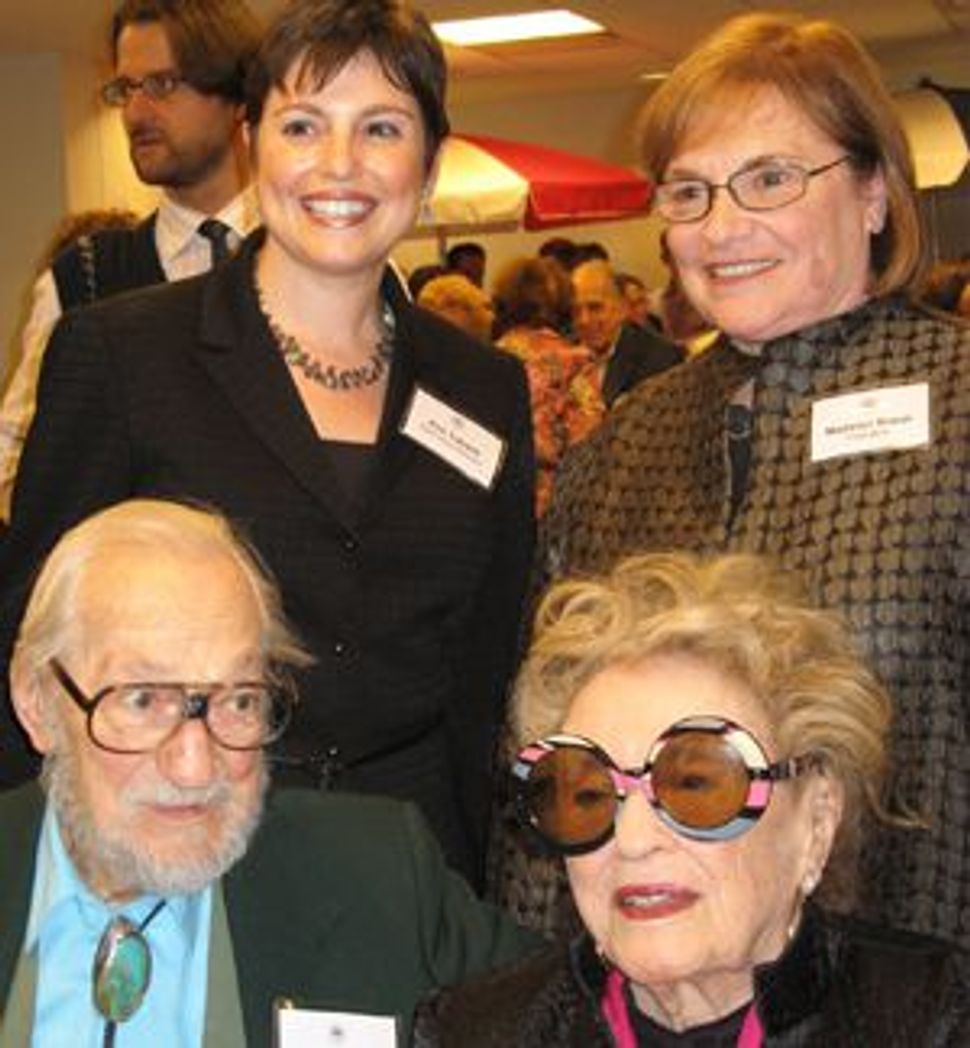 The Workmen’s Circle/Arbeter Ring marked a grand opening at its new home, on West 37th Street, with a celebration that was both historic and haimish. “I welcome you to our beautiful new home,” Allen Breslow, vice president for development, announced to the assembled crowd. “We’re here thanks to the achievements of a century’s worth of heroes and visionaries whose passion and commitment to a shenere un besere velt far ale, a better world for all, continues to inspire us today.”

President Madelon Braun declared: “Workmen’s Circle has come a long way from its beginnings [111 years ago] on the Lower East Side.” Daughter of the late Harold Ostroff, who served as general manager of the Forward Association, Braun reflected on her parents’ passion for social justice. As a child, she said, she and her siblings “thought all families had at least one parent at a [labor concerns] meeting.” 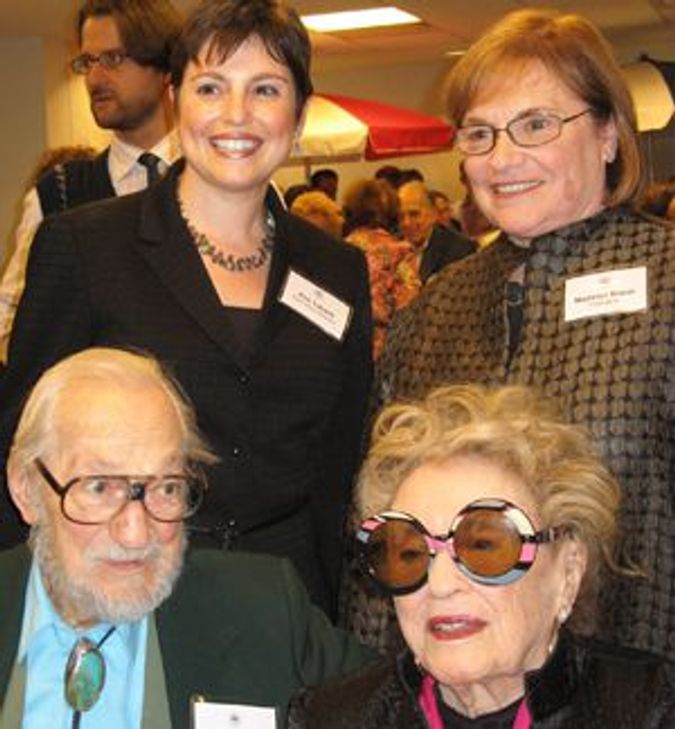 Executive director Ann Toback, a labor leader for the Writers Guild of America, East, led the successful 2008 Writers Guild strike in New York, presented author Bel Kaufman with the Workmen Circle’s “gold key.” With husband Sidney Gluck looking on, Kaufman strode up to the dais in high heels and huge owl-style eyeglasses. She recalled a student who, introducing her, asked what he should say about her: He looked at me, and I told him to say, ‘The less said, the better.’” Kaufman then quoted some of her grandfather Sholom Aleichem’s favorite quips: “It’s an interesting thing about Jewish humor, how self-wounding and detracting it is. For example, ‘Before you call me stupid, I’ll tell you how really stupid I am.’”

Kaufman reflected: “My grandfather loved Yiddish. He corresponded with Tolstoy, Chekhov, Gorki. He raised Yiddish to the heights of literature.” She cited his directive that he be buried among the poor people so that “their graves may shine on my grave as my grave will shine on theirs.”

She continued: “When I came to America [from Russia] I went to [what is now] Kinder Ring camp. It was run in Yiddish. The counselors were great, there was singing of Yiddish songs, hiking.” Reflecting on a memory, she briefly faltered, pausing and looking out into the audience. “I’m 100 years old!” she exclaimed, without missing a beat. “This would not have happened to me when I was 99!”

Across the street from the Workmen Circle’s new home, on the side of a building that dates from the garment industry’s glory days, an advertising mural is still faintly visible. Several company logos appear in faded white paint: Gigi Young Originals, The Perette Silhouette, Lombardy Dresses, Inc. Noxall Waist & Dress Co., Suzy Perette. None of these labels exists today, but in my attic closet I have several Suzy Perette dresses tagged under the label of the International Ladies’ Garment Workers’ Union that, decades ago, as a Workmen’s Circle alumna, I was able to buy from the manufacturer wholesale.

It was a meet-and-greet evening October 3 at the “Celebration of the Day of German Unity” reception. Peter Wittig, permanent representative of Germany to the United Nations, and his wife, Huberta von Voss-Wittig, along with Busso von Alvensleben, German consulate general, and his wife, Maria-Theresa von Alvensleben, stood for nearly two hours on a receiving line and good-naturedly shook hands with each of the guests (there were more than 1,000). The celebration — which in past years took place at the Central Park Boathouse — was held this year on the marble floor promenade of Lincoln Center’s David H. Koch Theater.

At each end of the promenade stood Elie Nadelman’s massive Carrera marble statues — “Circus Women” on one end, “Two Nudes” on the other. Each sculpture was bracketed by two humongous flags — one German, the other American. Along the periphery of the promenade were several serving stations offering sausages on a bun; Weisswurst, or white sausage; cabbage salad; German potato salad, and sauerkraut.

Near the kosher table — there has always been a kosher table at this event — stood a very anxious server who periodically waved away attendants bringing replacement plates and cutlery. “Go Away! This is the kosher table!” he warned.

As I waited for the usual instrumental rendition of Germany’s national anthem and welcoming remarks from the consul general, I exchanged pleasantries with David Marwell, director of the Museum of Jewish Heritage — A Living Memorial to the Holocaust; Renee Schreiber, director of cultural events at the Israeli consulate in New York; Harriet Mandel, president of Jewish Global Associates, and writer Tuvia Tenenbom, who founded the Jewish Theater of New York and had just spent six months in Germany. Near the end of the evening, I asked von Alvensleben if he was going to address the crowd. “No speeches,” he told me cheerily. “We decided that this year we would just greet and shake hands with each of the 1,000 guests who were invited.” I agreed that it was a good idea.