Noam Shalit: ‘I Just Hugged Him’ 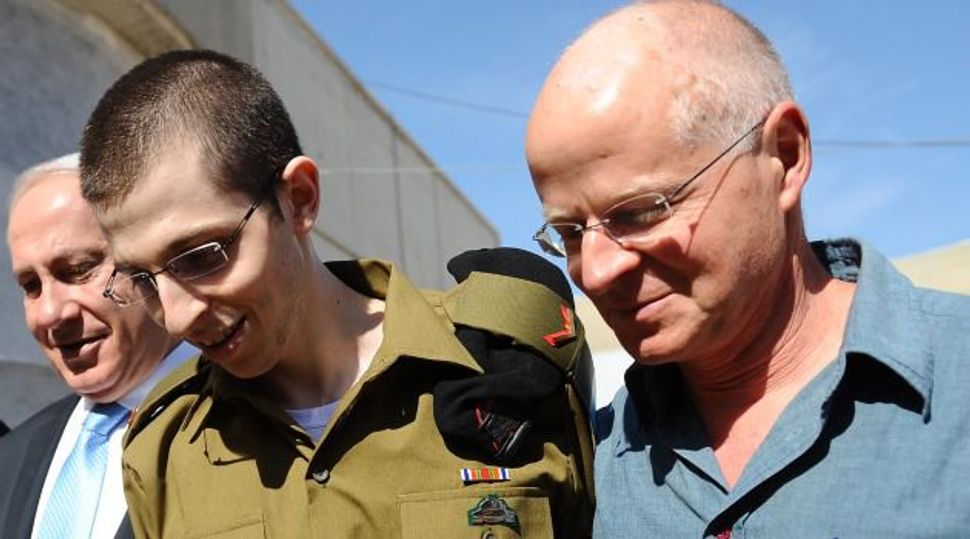 Noam Shalit, father of the recently released Israeli soldier Gilad Shalit, spoke to the press near his home in Mitzpe Hila on Tuesday night, saying that his son had finally returned home after a long and exhausting battle.

Gilad Shalit returned to Israel for the first time on Tuesday since he was abducted by Hamas and taken to Gaza in June 2006.

Shalit?s father said that his son was suffering from a few small injuries, as well as the repercussions from lack of sunlight, but other than that he was in good health. Shalit is to undergo rehabilitation that the older Shalit said he hoped would be as swift as possible.

?When I first saw Gilad, I did not say much, I just hugged him,? Shalit?s father said, adding that it must have been a shock for his son to be released from a dark basement to the commotion of thousands celebrating his return.

He thanked the public and thousands of activists for all of their support and efforts to secure his son?s release. He also showed gratitude toward the Israeli military, the police and Prime Minister Benjamin Netanyahu?s government.

?The first thing that we did when Gilad came home was have a family meal after a very long day,? he told the press.

Noam Shalit acknowledged the controversy surrounding the release of over a thousand prisoners to secure the freedom of his son, saying he understands the pain of the bereaved families who have lost loved ones in terror attacks carried out by some of the released prisoners.

Israel freed 1,027 Palestinian and Israeli Arab prisoners to secure Shalit?s return, including many who had been involved in terror attacks on Israeli civilians. The deal had been contested by Israelis who had lost family members in the attacks perpetrated by these convicted terrorists.

Noam Shalit said that his son had not said much about his captivity yet, but that he told them that his Hamas captors initially treated him very badly and with time his conditions improved.

Noam Shalit: ‘I Just Hugged Him’