Transgender Jews May Be Nothing New 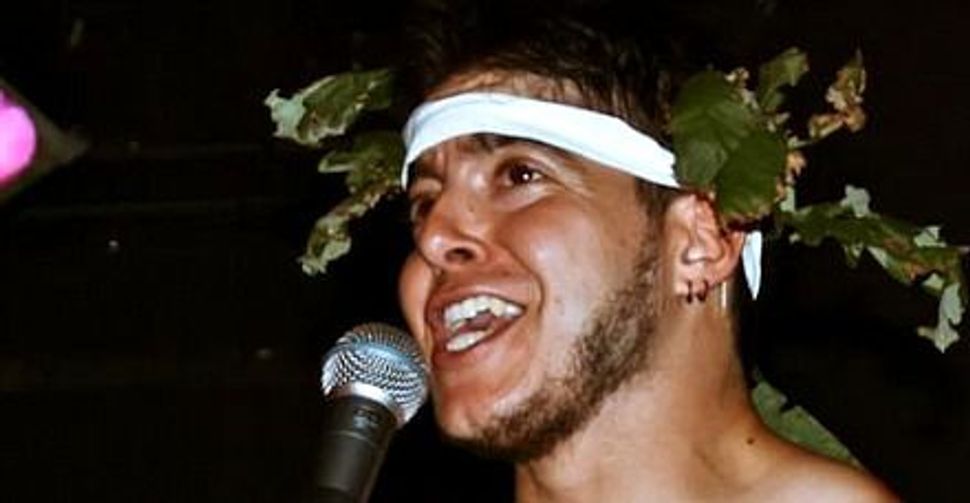 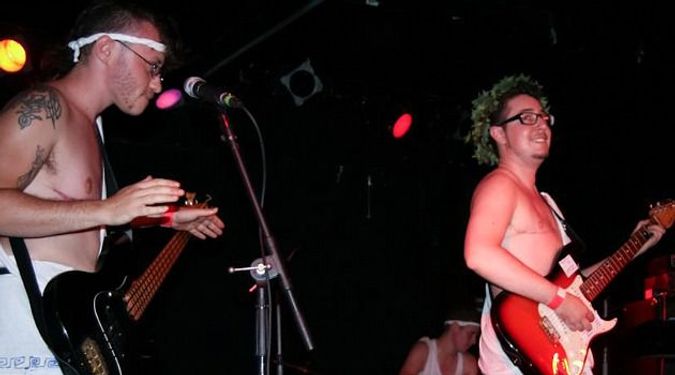 Gender-Bending the Shtetl: The transgender folk-punk band Schmekel might seem like an anomaly in the Yiddish world. Actually, there is evidence of tolerance in the shtetl. Image by adamwphoto

There is always that question of what the shtetl Jews who populate the stories of writers like Sholom Aleichem might think about a transgender folk-punk band named Schmekel, which will be appearing October 29 at the Nehirim Queer Shabbaton, at the JCC in Manhattan.

Bands like Schmekel, which uses Yiddish as an alternative culture to help bulk up their Jewish identities, are part of a phenomenon dubbed ?Queer Yiddishkeit,? by Rutgers University scholar Jeffrey Shandler, in which queerness is juxtaposed with elements of Yiddish in order to upend the status quo.

While the state of the Jewish status quo is always in some sort of hysterical flux, evidence would seem to indicate that it?s come a long way, baby, when transgender masters of folk-punk-snark, Schmekel, play a show at an American Jewish community center. 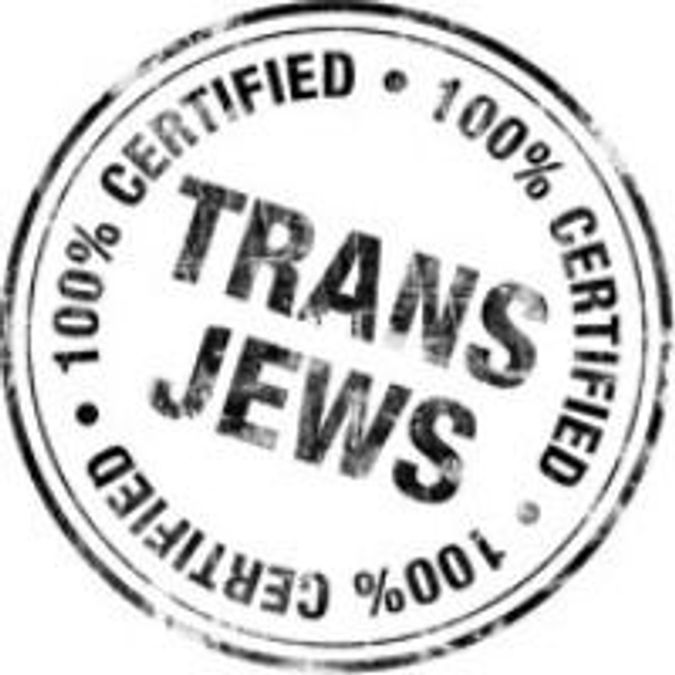 And although Tevye the Milkman tried to rule his roost with tradition, he also suffered continuously under a barrage of tsoris from his elder daughters. It is, however, fairly safe to say that none of them ? not Hodel, not Tzeitel, nor Chava ? ever went on the record as considering gender reassignment.

But how would the shtetl respond to transgender Jews? Despite our distant perceptions of shtetls as little Yiddish universes living a naive and quaint Jewish existence, there is much that we do not know about the porous borders of Jewish shtetls.

We know especially little about the lives of gay, lesbian and transgender folk in Yiddish culture. With conservative cultural forces often dominating the Old World, the perception is that the shtetl closet must have been not only a walk-in, but also a live-in. Interesting fictional forays have been made into gay and lesbian shtetl life by writers like Elana Dykewomon and K. David Brody, both of whom provide readers with invented gay and lesbian shtetl scenarios. But invention from a long, historical distance, compelling as it may be, doesn?t offer what authentic testimony can. This is where the amazingly simple ethnography of the Yiddish press comes into play.

When, during the late summer of 1936, there was a flurry of articles about a number of butch-looking female athletes competing at the Berlin Summer Olympics, The New York Times reported that some of the women had, in fact, previously been men and had undergone ?minor operations? that transformed them into women. Close to that time, the Forverts also reported to its Yiddish readership on news of an American woman who had undergone a similar procedure. That November, the editors received a remarkable letter from a reader.

Not long ago I read a story in the Forverts that took place in America, about how a girl became a man. But that?s not news to the people in the town where I?m from. Permit me to tell the story in your paper.

In our shtetl of Krivozer, Ukraine, everyone knew Beyle, the girl who sold herring, geese and other foodstuffs. She was a tall redhead and sturdily built. She also spoke with a deep bass voice and walked about with hard and heavy steps. The way she carried herself always brought forth an uncertain feeling: something like, she?s not quite a woman, but also not quite a man.

When she was still a child, her father would often take her to see the Tolner Rebbe, Reb Dovidl, and sometimes to the Sadigura Rebbe, to ask for help. The only answer he ever got was ?God will help, God will help.? The father would return home anguished and unhappy.

In the meantime, the years flew by and Beyle grew, too, until she reached the age of 23.

One fine morning, Beyle left for Odessa, where she was introduced to an important professor. She spent a long time under his care, under which Beyle eventually became a man. The story was well known and was in all the papers ? all Russia talked of it.

In the shtetl, we waited impatiently for her return. And on the day when Beyle was to arrive, half the shtetl ran to the bridge to greet her, or better said, to greet him. And she wasn?t called Beyle anymore: Now she was Berel.

And when we saw ?her,? it was as if we were stunned: Before our eyes was a handsome, healthy, redheaded man. Anyone who didn?t know Beyle previously would never have known that he had been a girl. From then on in the shtetl, ?she? was called Berel-Beyle.

With the help of the professor, the government freed him from military service. Berel-Beyle soon learned to daven and was in synagogue every day. Later on, he got married to an old girlfriend, Black Rachel, who was a nice girl. In our shtetl, Berel-Beyle always had a good name as a fine, upstanding Jew.

The tolerance of the denizens of Krivozer was a phenomenal thing. Berel-Beyle might have been run out of any other shtetl, but, to their credit, Krivozer?s Jews accepted Berel-Beyle for who he was and not only brought him into their regular synagogue minyan, but also married off one of their daughters to him.

Tales of transgender folks in those days or these are not always heartwarming. In fact, a great deal of Schmekel?s lyrics address the anguish and difficulties of being transgender ? albeit in an ironic and hilarious way, and accompanied by a kind of raw polka beat. And while some Jewish precincts might not be so accepting of Berel-Beyle and Schmekel, the JCC has a fine historical precedent in the simple shtetl Jews of Krivozer.

Transgender Jews May Be Nothing New