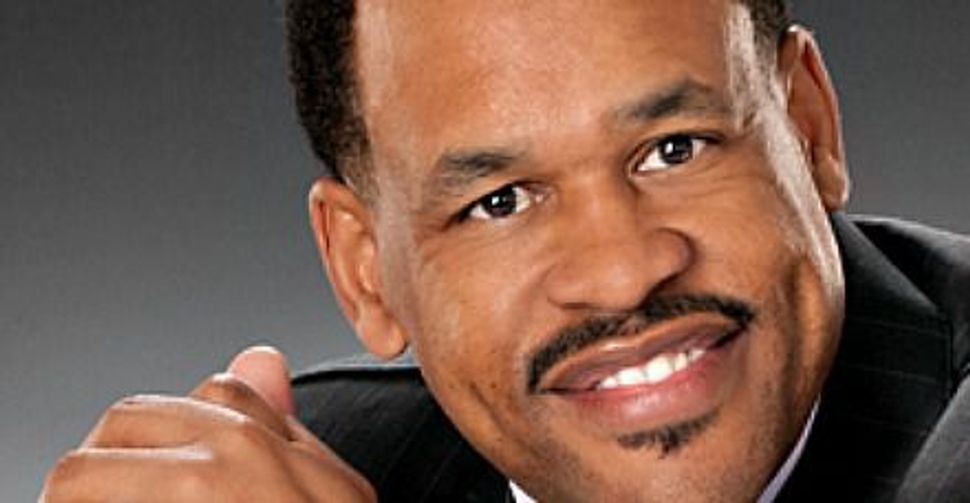 Once known for their work together on civil rights, African Americans and Jews have experienced decades of contention over a range of issues since the 1960s. But now, some in the pro-Israel community see an opportunity to reconstitute a black-Jewish alliance centered on Israel.

With the coming of age of a new generation of black religious and social leaders, pro-Israel advocacy groups are reaching out to enroll African Americans in support of Israel, often in a religious setting.

The outreach efforts represent the possibility of a new chapter in relations between Jews and the African-American community, one in which the factor uniting both sides is support for Israel, not a joint struggle for civil rights.

?The biblical argument is our first and strongest motivation for supporting Israel, but the next motivation should be this joint history,? said Michael Stevens, CUFI?s coordinator of African-American outreach. Stevens believes that in CUFI, which is a mostly evangelical group with some participation of other Christian denominations, African-American churchgoers can find a voice for sentiments they already harbor toward Israel.

?I firmly believe that Dr. Martin Luther King was a strong African-American Zionist,? Stevens said in an October 10 interview with the Forward, ?but I think nine out of 10 African Americans don?t know that.?

Stevens, who is the founder and senior pastor of the University City Church in Charlotte, N.C., described his aim in straightforward religious terms. His mission, the pastor said, is to remind the African-American community about its pro-Zionist core belief, which stems from God?s biblical promise to ?bless those who bless Israel.?

One way that CUFI is trying to get this message out is via ?Gathering of Solidarity With the State of Israel? events scheduled to take place in New York on October 25 and October 26. These events are geared specifically to the African-American community and will take place in predominantly black churches. Stevens said that CUFI currently has ?many thousands? of African-American supporters, but the group would not provide exact numbers. ?While we?ve seen, of course, a significant increase in the African-American participation at our events, we don?t break down members by race,? CUFI spokesman Ari Morgenstern said.

?I grew up in a Christian home in Michigan, and I always knew how important it is to stand with Israel,? said David Walker, a CUFI African-American student activist. Walker said that a friend introduced him to the group, and in 2010 he attended his first CUFI national conference, in Washington.

?I was blown away,? he recalled. ?What I saw there is how I can take my activism to the next level.? Walker returned to campus at the University of Detroit Mercy, and began organizing pro-Israel events, despite harsh criticism from Muslim students.

It is hard to gauge how much support the push for Israel via the black church will garner. But it?s clear that some will not be joining the effort. Bishop John White, of the African Methodist Episcopal Church, suggested members of the community should seek a path that promotes understanding between Israelis and Palestinians. ?Some of the evangelicals support one side and not the other, and I say we should understand that all three religions need to find ways of working together to bring peace,? he said.

Relations between the Jewish and African-American communities have seen their ups and downs. Partnerships thrived during the years of the civil rights struggle, thanks in part to the role that many Jewish activists played in supporting the fight against racial segregation in the South.

A less intense mutual relationship has continued at the national level between the two ethnic groups on broadly agreed upon domestic and civil rights issues. But the relationship has also seen conflict between activists from each group, over such issues as affirmative action and allegations of black anti-Semitism, the latter sparked by such figures as minister Louis Farrakhan.

There were also local flashpoints in New York, including one in which Jews bitterly fought a proposed public housing project in the Forest Hills section of Queens in the 1970s, and another when blacks attacked Lubavitch Hasidim, killing one, in Brooklyn?s Crown Heights in 1991.

And then there is the issue of Israel.

In the late 1960s, some African-American leaders sided openly with the Palestinians and depicted Israel as a white nation oppressing the native Palestinians. Attempts by Jewish organizations to pull back African Americans from the left-wing perspective were mostly unsuccessful.

Still, said Hasia Diner, professor of American Jewish history at New York University, ?on the political level, African Americans have always been seeking allies, and in that sense joining forces on the issue of Israel could help in garnering support from the Jewish community.? Diner, who has researched relations between the Jewish and African-American communities, stressed that for many in the African-American community who are devout Christians, support for Israel falls in line with religious beliefs.

At AIPAC?s annual policy conference in May, the group acknowledged delegates from a dozen historically black colleges. Speaking on the conference?s plenary stage to an audience of several thousand, Alexis Crews, an African-American student from Atlanta?s Spelman College, portrayed harsh critics of Israel as also being assailants of black concerns, as she took on the pro-Palestinian annual event that is known as Israeli Apartheid Week and takes place on many campuses.

?How dare they use a word that has historic meaning for me?? Crews declared as she and her colleague, Chantel Moran, told the cheering crowd about their actions to counter anti-Israel bias on their campus.

AIPAC?s work with African-American students has already shown results on the ground. Campus activists, some of them affiliated with the Vanguard Leadership Group, a fellowship of young African Americans, have participated in AIPAC activities and have run advertisements against plans to hold ?Israel apartheid weeks? at Columbia and Brown universities, the University of California, Los Angeles and the University of Maryland.

Diner believes that affiliations of this sort between pro-Israel and African-American activists reflect, to a great extent, current winds within the American Jewish community. ?The Jewish political focus has become monolithically on Israel,? she said. ?Every relationship is measured in terms of how it reflects on Israel.?