Jewish Chaplains Get Memorial of Own 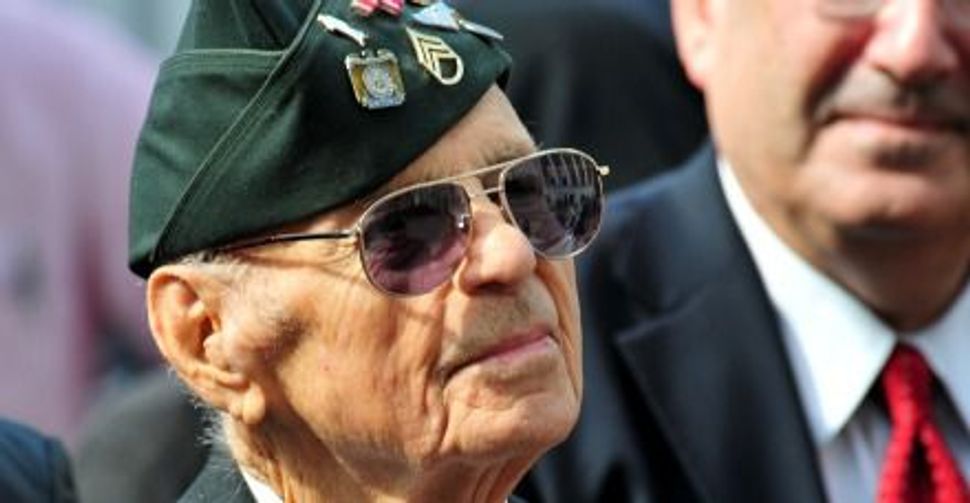 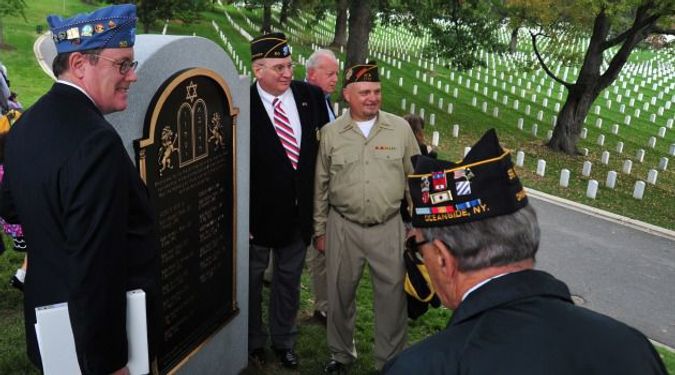 Getting Their Due: Jewish veterans gather at Arlington National Cemetery to honor 14 Jewish chaplains who died in the line of duty over the years. Image by Getty Images

When the USS Dorchester, a U.S. Army troop ship carrying 900 soldiers and civilians, was attacked by the Germans in 1943, a rabbi, a Catholic priest and two Protestant ministers helped soldiers onto lifeboats and handed out life jackets, giving away their own as the ship sank off the coast of Greenland. The four chaplains were seen singing hymns and holding hands until the very end.

Yet Rabbi Alexander Goode was the only one of the Immortal Chaplains, as they came to be known, not honored with a memorial. That is, until now.

On October 24, a ceremony at the Memorial Amphitheater at Arlington National Cemetery in Virginia will dedicate the first monument on Chaplains Hill, commemorating Goode and 13 other Jewish chaplains killed on active duty in America’s armed forces. 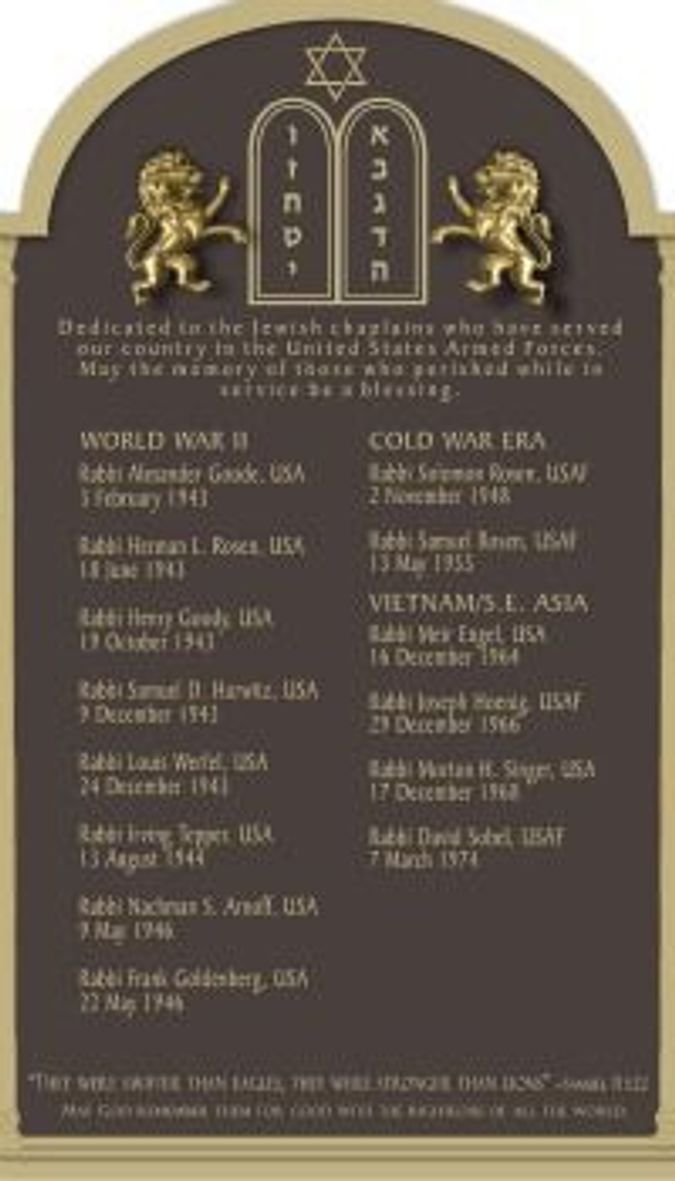 Memorial Unveiled: A plaque will be unveiled at Arlington National Cemetery to the 14 Jewish chaplains who died on duty.

“We decided that all four needed to be honored,” said the project’s originator, Ken Kraetzer, commander of Squadron 50 of the Sons of the American Legion. Kraetzer was searching for the names of all four lost chaplains at Chaplains Hill when he realized not only that Goode’s name was missing, but also that there was no monument to Jewish chaplains at all.

Of the other 13 chaplains, seven died on active duty in the United States, three in Vietnam and three in World War II. Chaplain Irving Tepper, one of the first soldiers to land in France on D-Day — June 6, 1944 — was killed by a shell less than a year later. Chaplain Morton Singer, a noncombatant volunteer in Israel’s Six Day War of 1967, died while on a mission to conduct Hanukkah services for his men in Vietnam.

While researching the names and stories of these chaplains, Michael Feldberg, then executive director of the American Jewish Historical Society, saw a photo of Chaplain David Sobel and was struck by the resemblance he bore to him.

“David is now frozen in time, 28 years old forever. I am now in my late 60s. He chose to serve his nation, and is gone,” Feldberg told the Forward. “I took a different path and have the honor of keeping his memory alive.”

Sol Moglen, founder of the Brooklyn Wall of Remembrance, raised $50,000 for the new Jewish memorial from veterans groups, communal organizations and individual donations.

Other champions of the project included the JWB Jewish Chaplains Council director Rabbi Harold Robinson and the Jewish Federations of North America.

The research, fundraising and approval efforts behind the memorial took three years. Though just about everyone acknowledged the need for a memorial to fallen Jewish chaplains on a hill where other faiths were recognized, the approval process was arduous. The chief of chaplains of each military branch had to authorize the final list of 14 chaplains. New York former congressman Anthony Weiner and New York Senator Charles Schumer introduced a joint resolution in the House of Representatives and Senate, respectively, authorizing the monument. The resolution was approved the week before Memorial Day of this year.

Brooklyn-based artist Debora Jackson, who was inspired by the aron kodesh, the ark containing the Torah scrolls, in her childhood synagogue designed the ornate 7-foot-tall memorial. “I wanted it to have a very different and very Jewish feel to it,” Jackson said, emphasizing the monument’s older-looking facade and antique finish. She wanted the monument to fit in with the three older monuments that pay homage to the Protestant and Catholic chaplains.

The JWB insignia of the Star of David on top of the tablets is adorned on either side by two large golden lions of Judah. On the bottom, an inscription taken from King David’s eulogy for King Saul and his son, Jonathan, reads, “They were swifter than eagles, they were stronger than lions.”

The public ceremony is expected to draw almost 600 guests, 65 of whom will be the honored chaplains’ family members.

David Engle was only 20 years old when his father, Lt. Col. Meir Engel, died of heart disease while on active duty in Saigon in 1964. Engel was a member of the Haganah in Palestine before moving to the United States, and he was one of the only chaplains to serve during World War II and in the Korean and Vietnam wars.

“It’s very meaningful in that others who are buried or memorialized at Arlington probably knew these chaplains. It’s about time,” David Engle said. “This whole event is bringing together the families to grieve, memorialize and cry as one larger family.”

Jewish Chaplains Get Memorial of Own