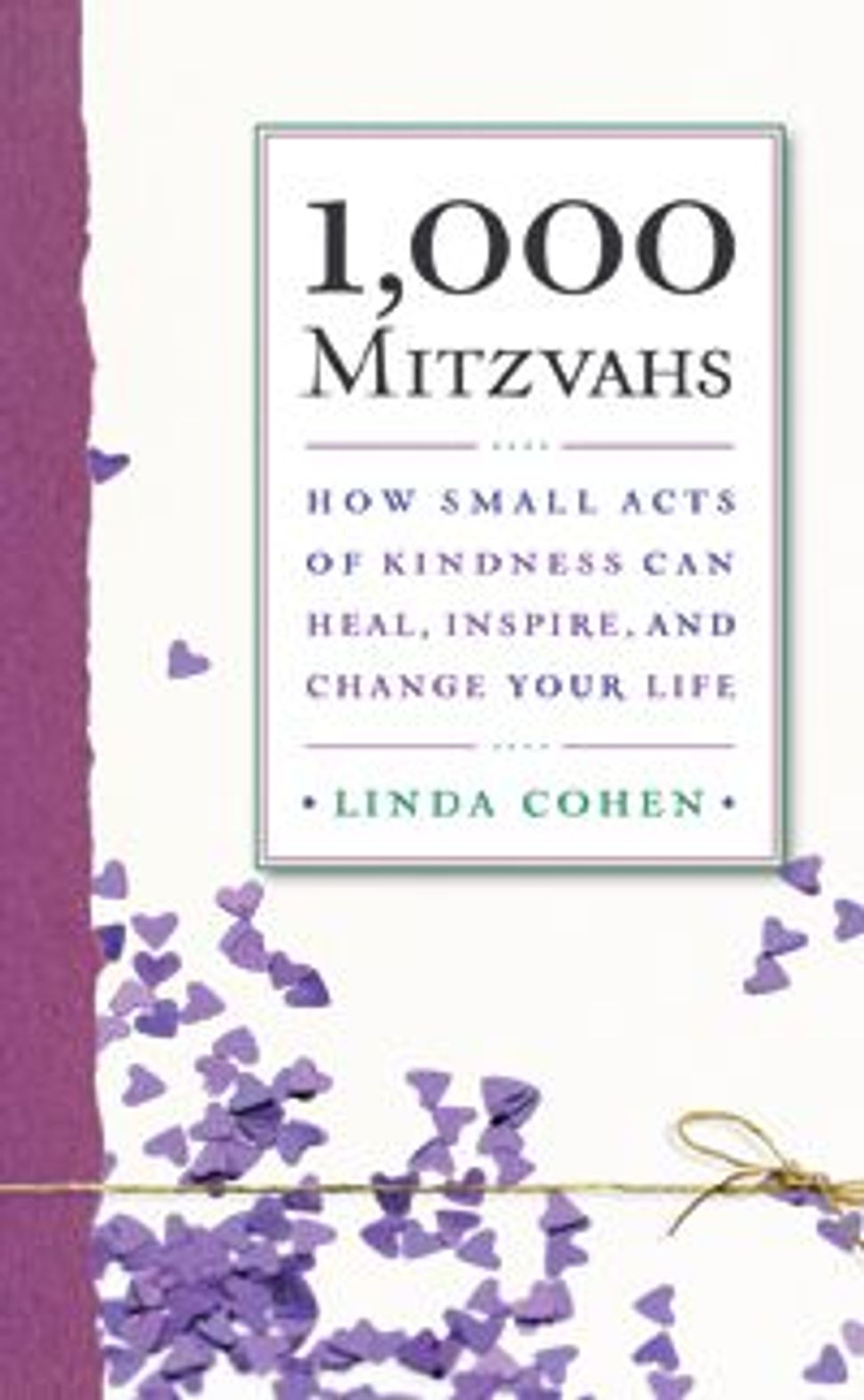 About a month after her father passed away in 2006, Linda Cohen awoke in the middle of the night with an idea. Cohen had been looking for a better way to grieve for her father, one that would both honor his generosity and improve the world around her — something that went beyond saying Kaddish and sitting shiva. She began thinking about how he mentioned, shortly before he died, that he would like his friends to perform the mitzvah of donating money to charity as a way to pay their respects. Suddenly she realized she didn’t have to stop there.

And so she set out to perform 1,000 mitzvot, a task that she describes in her new book “1,000 Mitzvahs: How Small Acts of Kindness Can Heal, Inspire and Change Your Life” (Seal Press). In the book, which began as a blog, Cohen discusses the process of becoming a high-volume mitzvot doer, good deed by good deed, and explores the role that acts of kindness play within the Jewish tradition. 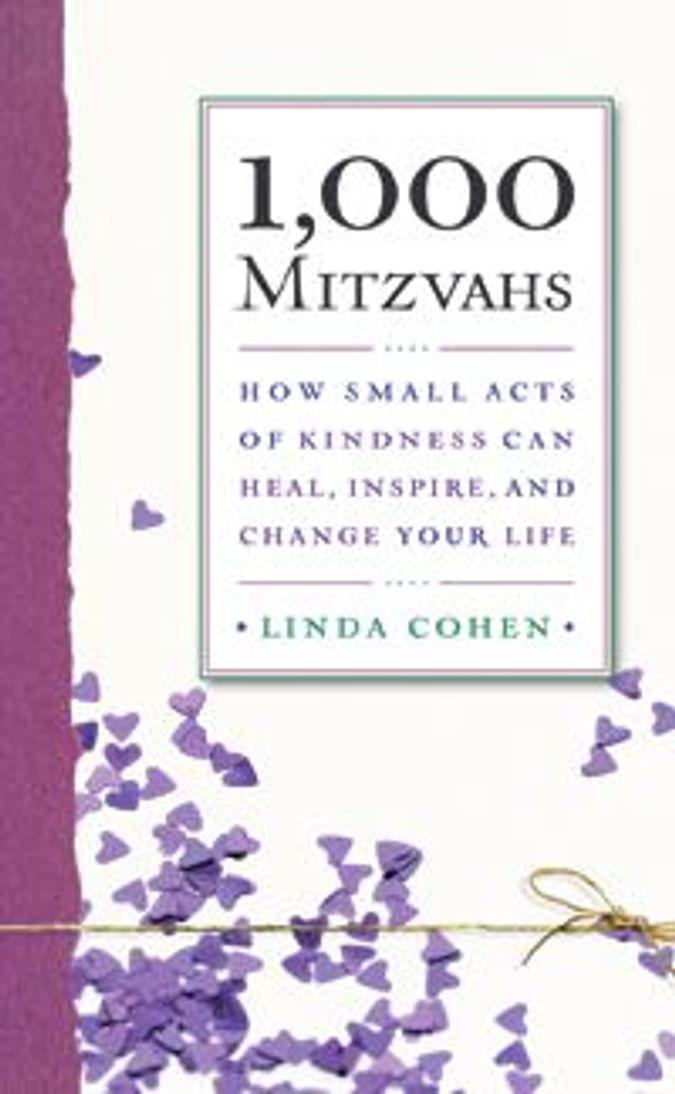 Cohen, who lives in Portland, Ore., with her husband and two children, never had any big-picture plan for her mitzvot-doing when she started the project; this wasn’t about saving the world. She also did not foresee writing about the experience in a book. Instead she started small, looking for opportunities as they arose around the house, at the supermarket or at her children’s school. Before long, she was seeing all the ways, small and large, she could help.

“You start becoming more aware of your surroundings, the people around you and the way you can help. And then you also start noticing others doing good, too,” Cohen told the Forward.

It took Cohen about two and a half years to complete her task, during which she found herself performing plenty of familiar good deeds, like expressing to her children her pride in them, giving a good book to a friend and donating money to charity. And then there were also the less-familiar ones, like replacing the toilet paper in a bathroom stall in Spain, letting a supermarket employee know how much she appreciated the way he prepared the halibut for her and chasing with her son, but not catching, a runaway dog.

“This turned into a great discussion in our house. We talked with our kids about whether a mitzvah counts even if you don’t complete it,” Cohen said. “We learned that, according to the Talmud, intention does count.”

While there are technically 613 mitzvot that Jews are commanded to perform, some positive and some negative, Cohen carried out only the sort known as gemilut chasadim, or acts of kindness. She explains that the Talmud considers gemilut chasadim more important than tzedakah, or charity, because they can be directed to rich or poor, living or dead, and they involve actions instead of money. Cohen found particular inspiration in the “pay it forward” notion in Judaism, that “Mitzvah goreret mitzvah,” or “One mitzvah begets another.”

She uses the Jewish lens to filter the mitzvot done by herself and her children, and is reminded of Maimonides’s eight levels of giving when her son first tells her that he is contributing to the school food drive only because his teacher made him, but then ends up feeling good about it afterward.

According to Cohen, Maimonides’s lowest level of giving is someone who gives begrudgingly and makes the recipient feel embarrassed; his highest level is giving so that a person may become self-reliant. The fourth level is giving before you’re asked, and the sixth is giving anonymously. Cohen decides that her son falls somewhere in the middle, which she deems a pretty reasonable goal for young boy.

For her 1,000th mitzvah Cohen organized a communitywide food drive at a local food pantry for families in need, and she also suggested that the followers of her blog donate food or money to a local shelter or pantry, as well. She did this to honor her father, who was a Vermont-based farmer and psychologist, because many of her memories about him involve food, including his hot breakfast cereal, and the 100-plus guest parties the family used to host on Labor Day. In the book, she describes how, before she started her mitzvot, she had never really considered the fact that more than 37 million Americans are hungry and that helping relieve some of this hunger seemed like a fitting way to complete her project and honor her father.

Scientific studies suggest that that doing mitzvot makes subjects feel better and, by the end, Cohen felt that her project had indeed improved her physical and mental health during the period of grieving, while also making her a more conscious person overall.

“Grief is grief, and it is hard, but knowing I was connecting to other people did change my attitude,” Cohen said. “They are little things, but I really think [my mitzvot] bring God into the world.”