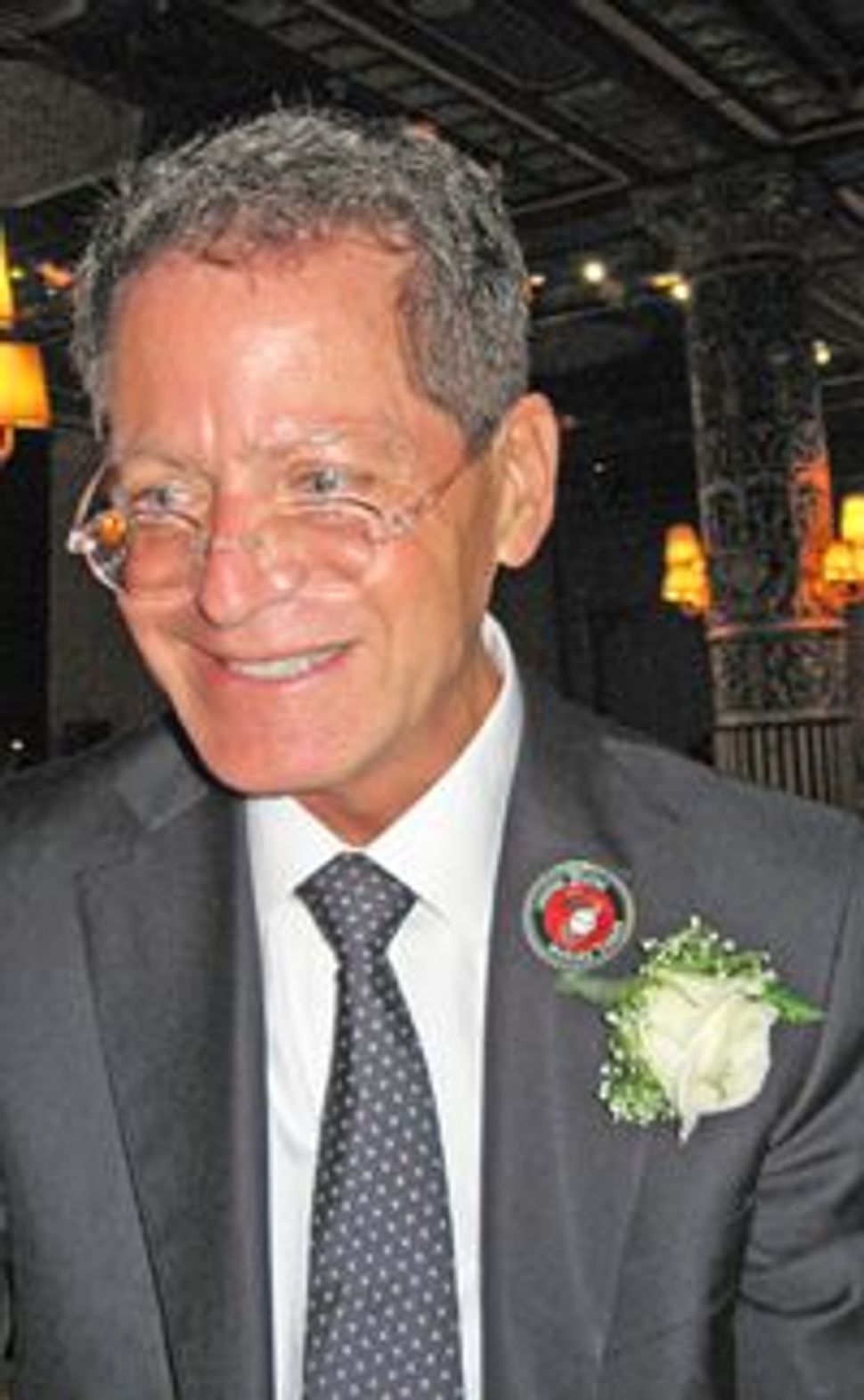 “My father is from Poland. My mother is from Sarajevo,” Dr. Andy Jagoda told me at the Brain Injury Association of New York State’s Journey of Hope Gala, held on October 11. Jagoda, a recipient of BIANYS’s Champion of Hope Award, continued: “My father spoke Yiddish. My mother, Flory Jagoda, speaks Ladino. At 87 she still performs Ladino songs.”

Jagoda, professor and chair of the Department of Emergency Medicine at the Mount Sinai School of Medicine, told the guests at the Prince George Ballroom about the start of his career in treating brain injuries: “In 1980, on October 26 — out of the blue — a motorcycle hit my wife. She ended up in a coma and for six months was trying to regain her faculties…. I was a medical student. Little was known then about brain injuries. No one told us what to expect.” He touted the progress that has been made since then “with the help of associations such as BIANYS.” His energetic and articulate wife, Dr. Silvana Riggio, is a professor of psychiatry and neurology at Mount Sinai. 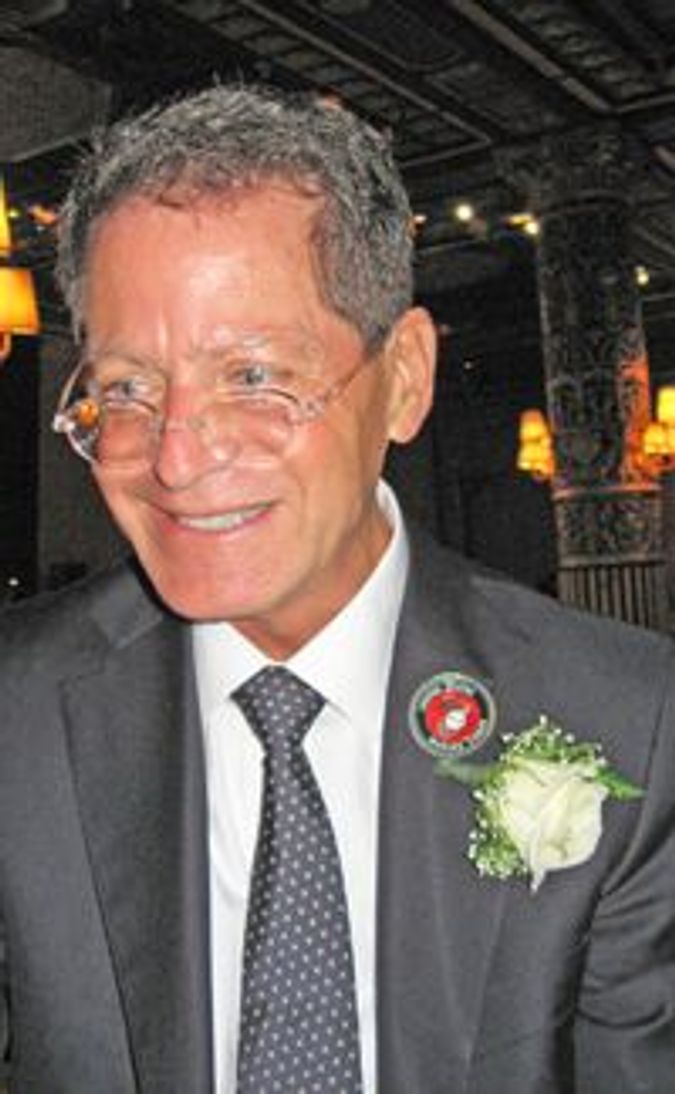 BIANYS’s Victory Award was presented to Bob Gundersen and Nan Gundersen and their son Scott Gundersen, who in 1982, at age 10, suffered a massive brain hemorrhage. After years of therapy, he is now functional and involved in volunteer work in his community. As noted by BIANYS’s executive director, Judith Avner, “Every 23 seconds, another person in the United States sustains a brain injury. The Centers for Disease Control estimates that at least 3.2 million Americans are currently living with long-term disabilities from a traumatic brain injury. TBI is the “signature injury” of the wars in Iraq and Afghanistan and impacts at least one in five of the military personnel involved in these wars.” Bob Gundersen addressed the issue of injuries among America’s military — particularly among the Marines, a number of whom were present in full-dress uniform as honor guard and guests. “There are just too many of them in VA hospitals,” he lamented.

Jagoda is a member of the executive committee of the Brain Attack Coalition at the National Institute of Neurologic Diseases and Stroke. He serves on the Traumatic Brain Injury Advisory Board for Major League Baseball and is editor-in-chief of Emergency Medicine Practice, a monthly publication. I asked him if he knew what his name meant. “Yes,” Jagoda said, smiling. He pronounces his name with a hard “j” as in “jam.” I, in turn, addressed him as Dr. Jagoda with a soft “y” as in “yam,” because that is how the name is pronounced in Poland, where jagoda means blueberry. (The Yiddish word for blueberry is yagde.)He laughed. “Yes, I know,” he said. “By the way, in Serbian, jagoda means berries in general.” Berries. I am told, are good for the brain.

My October 12 conversation with Oscar-nominated filmmaker Josh Aronson about his forthcoming documentary, “Orchestra of Exiles,” turned out to be a many splendored event. His spacious studio, a stone’s throw from Union Square, was once a sweatshop but is now dominated by two grand pianos. In 2003, Aronson, a concert pianist, and his wife, violinist Maria Bachmann, helped found the Telluride Musicfest.

“Orchestra of Exiles” chronicles the four-year struggle by Polish-born violinist Bronislaw Huberman to found the Palestine Orchestra. Born in 1888 in Czestochowa, Poland, Huberman was a musical prodigy who, by the age of 12, had moved to Berlin with his father to start a career as a performer. “Denied a childhood and a mother, and with no life outside of music, he lived in a bubble of fame,” Aronson said.

In 1929, Huberman visited Palestine for the first time and “felt he had found a home,” Aronson said. Hubermann said that if the same percentage of Jews who came to his concerts in New York as the number that attended in Palestine, “’there’d be 300,000 [waiting for tickets] outside of Carnegie Hall.” Later, with the rise of Hitler, Huberman noticed that Jewish musicians were being fired. “He had an ‘Aha!’ moment,” Aronson continued. He saw that Jewish “string players were the best players in Europe. To start an orchestra from scratch takes decades. So he got the idea to bring them to Palestine.” He began raising money for the project. Among the people he approached was Felix Warburg. “In 1936 he went to Albert Einstein, who helped raise $80,000 at a benefit at the Waldorf Astoria,” Aronson said.

“In London he called on Chaim Weizmann [then president of the World Zionist Organization, later Israel’s first president], who declared: ‘If we don’t get these Jews to Palestine, it will be a black eye on Zionism.’” The next hurdle was getting the 50 certificates of permanent residency, needed to get the musicians into Palestine. “Huberman nearly had a nervous breakdown,” Aronson said. David Ben-Gurion saw no need to build an orchestra in Palestine and felt that the certificates would be a waste because the musicians would not stay to build the land. But then Palestine’s British high commander, a classical music lover, intervened, giving Huberman the 50 certificates and bypassing Ben-Gurion (and the Jewish Agency).

In 1936, the Palestine Symphony Orchestra, named so by Huberman, made its debut, under the baton of Arturo Toscanini. In 1948 it became the Israel Philharmonic Orchestra, led by Leonard Bernstein.

Aronson stressed that Huberman “saved 1,000 Jewish lives — 60 to 70 musicians and their families. This was a [single] Jew saving Jews!” The documentary will be released in March 2012.