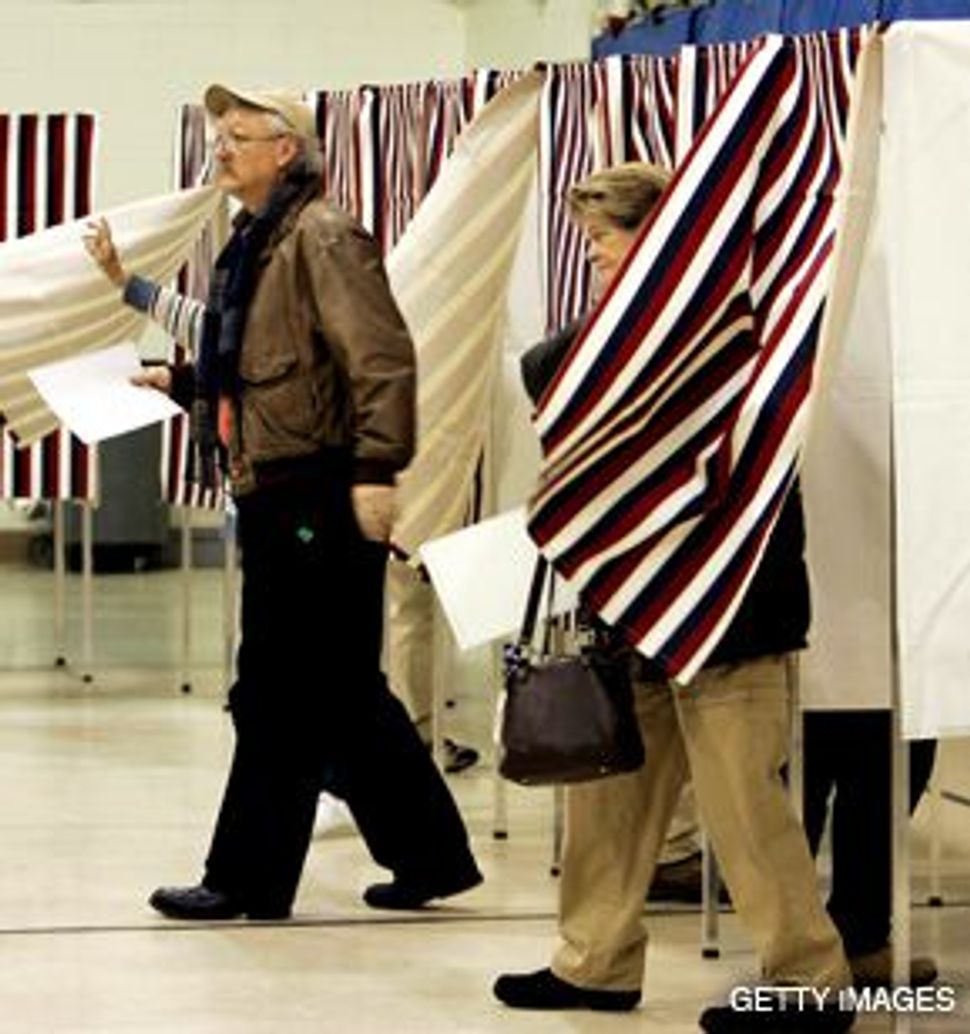 Washington — Barring a repeat of the problems and lawsuits that marred presidential voting eight years ago, Americans should know the name of their next leader soon after the polls close on November 4. Dissecting the Jewish vote may well be a story for another day. 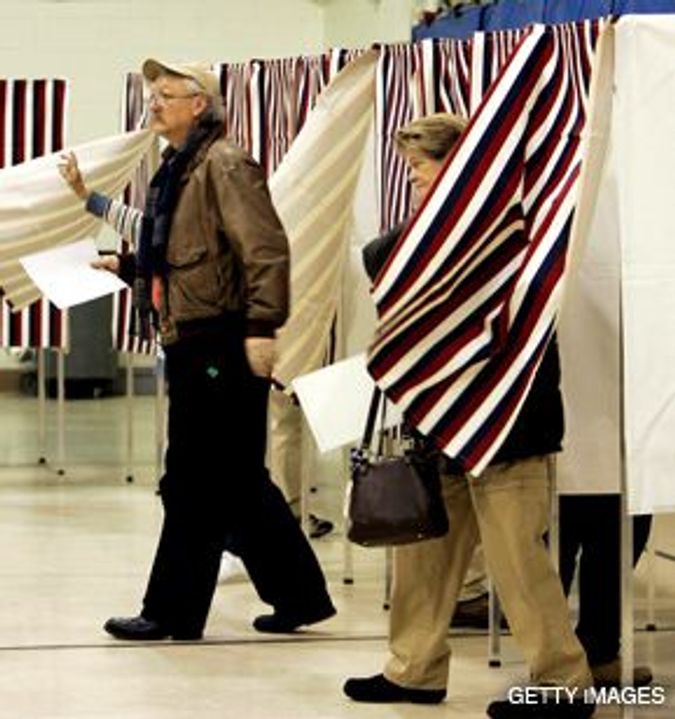 Exit polling conducted for the major television networks and the Associated Press by Edison Media Research and Mitofsky International will no doubt give an indication on election night or the next morning of the share of the Jewish ballots cast for Republican John McCain and Democrat Barack Obama. Jewish Democratic and Republican groups are already scheduling post-election day conference calls to offer their analysis on what happened.

But those exit polls will only scratch the surface, albeit in some hotly contested parts of the country. The sample size of Jewish voters is usually small, and large swaths of Jewish voters are not included.

The National Election Pool exit polls Edison/Mitofsky conducted in 2004 had trouble achieving the correct distribution of Jewish voters across the country given the small size of the Jewish sample. Only 268 Jewish voters were among the 14,000 voters included in NEP’s national survey. The remainder of Jewish voters was given state-specific surveys.

The exit polls, which showed that John Kerry won 74% of the Jewish vote and George Bush won 25%, relied heavily on those 268 voters included in the national survey, according to an analysis by the Solomon Project, which tracks Jewish involvement in American politics.

Those early polls relied on Jewish respondents from 21 states and the state samples often did not match up with the share of Jews in those states. Jews in Florida represented 16% of the weighted sample, although they were estimated at only 11% of the state’s population.

The analysis by the Solomon Project, an effort organized in part by the National Jewish Democratic Council, is seen as the most thorough accounting of the Jewish vote, but it wasn’t released until five months after the 2004 election.

It estimated that Kerry actually garnered 77-78% and Bush 22-23%, based on a combination of national and state surveys that counted a broader cross-section of the country.

Ira Forman, NJDC’s executive director, confirmed plans for another Solomon Project analysis, although no timetable’s been set for its completion.

“The truth is there are a lot of issues with exit polls,” particularly when it comes to measuring the Jewish vote, said Democratic pollster Mark Mellman, who, like Greenberg, was part of the Solomon Project analysis. He cites “cluster bias” in which voters are interviewed only in select precincts. Early exit polls also mostly come from urban areas that favor Democrats, and unlike phone polls in which all voters have an equal chance of being surveyed, only those at select voting sites are polled.

Another challenge this year for those conducting exit polls may be the heavy turnout of voters able to cast ballots before Election Day in states including Florida, Ohio and Nevada. Voters interviewed recently by the Forward said they waited in line for up to 1-1/2 hours to cast their ballot. By mail, absentee or in-person, as many as one-third of voters may cast their ballots before November 4.

Pollsters say they are able to account for early voting with phone interviews leading up to Election Day, to supplement those voters questioned as they leave polling sites. The problem with that strategy, however, is that voters sometimes change their minds or in some cases may be embarrassed by how they voted given developments late in the campaign that might cause them to wish they had voted otherwise.

And as hard as it may be to believe, “Sometimes people legitimately forget” how they voted, Mellman said.

Of course, both in-person and phone interviews have their own biases that can influence the exit poll results. Older voters and minorities are less likely to stop for exit poll interviews, and seniors are more likely to be reached by those conducting phone surveys.

And because early exit polls include more Democrats, results that leak out during the day are more suspect. Democrats learned that the hard way in 2004, when many thought Kerry had won the election after early exit polling had him winning the Electoral College.