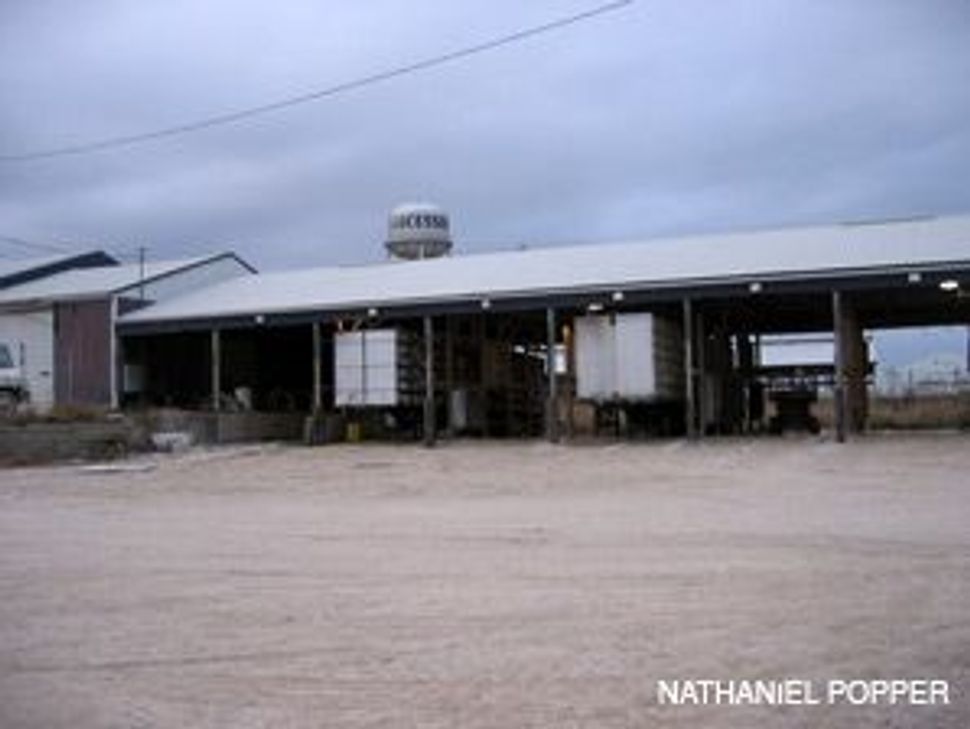 POSTVILLE, Iowa — Oscar Andres has worked on the poultry line at the kosher meat producer Agriprocessors here since September and he says that a few dead chickens always make it out of company holding pens and onto the slaughter line conveyor belt. 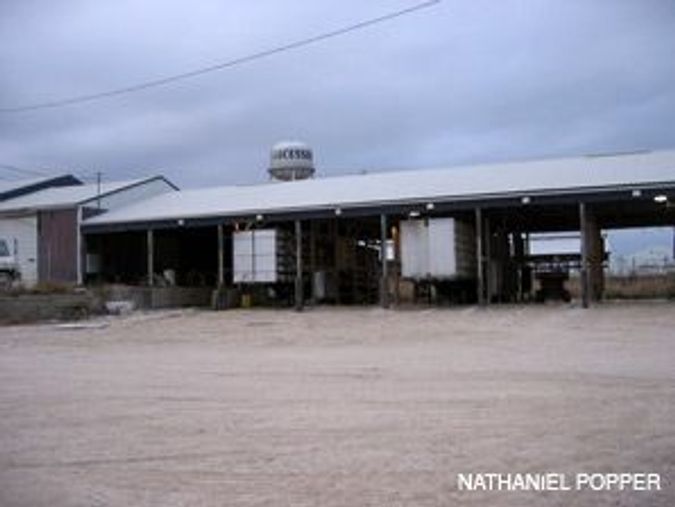 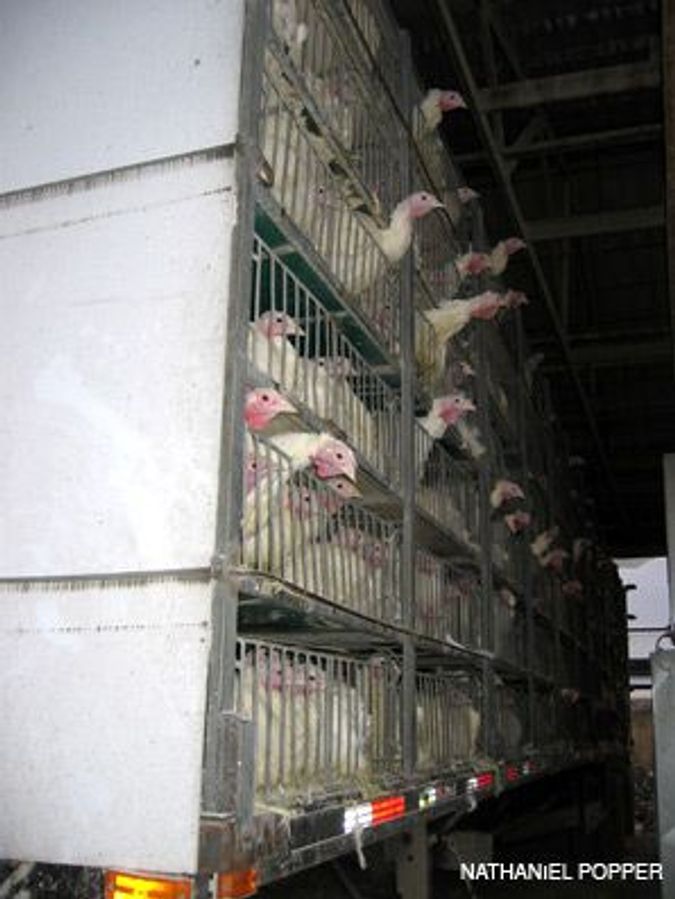 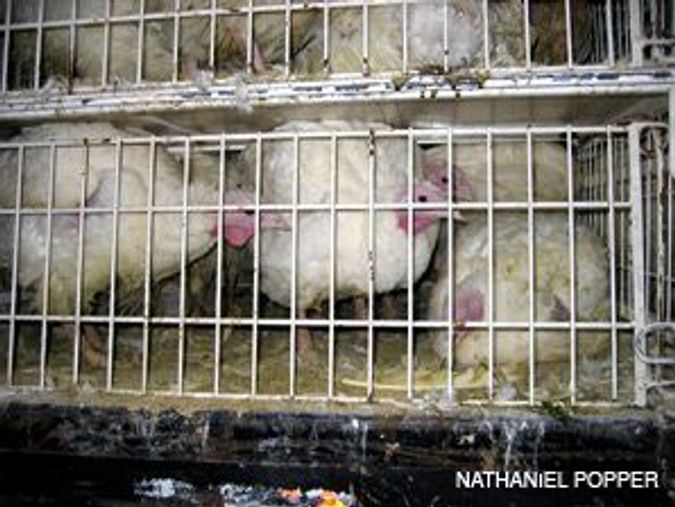 On October 31, though, Andres said that nearly half the chickens coming down the conveyor belt were dead — many of them rotting so completely that when he went to pick up the legs of the chickens they would fall out of the body.

“It was really terrible,” said Andres, a 29-year-old who came to work at the factory from Palau. “It’s really hard in the close conditions that we work — this bad smell was everywhere. It’s like we work and throw up at the same time. Even myself, I was throwing up. It’s really, really bad — but they never stop. They keep us going and going.”

“We have never experienced anything like this before,” Andres added.

The Friday on which this happened was just one day after Agriprocessors, the beleaguered kosher meat producer, ran into its greatest legal difficulties yet. On Thursday October 30 a bank sued Agriprocessors for defaulting on a $35 million loan. That same day, the former CEO of the Iowa slaughterhouse, Sholom Rubashkin, was arrested for allegedly helping undocumented immigrants land jobs at the plant. The arrest and lawsuit came a few months after Agriprocessors was the subject of a massive federal immigration raid in which nearly 400 workers were arrested.

A company spokesman, Chaim Abrahams, was asked on November 2 about the proliferation of dead chickens on the slaughter line, and said: “I have no idea.” He declined to answer any other questions. Previously, the company had not responded to multiple calls for comment.

Agriprocessors’ financial difficulties have been building — early last week, all beef production was halted. But the company’s struggles were nowhere more gruesome than in the ongoing effort to produce poultry last week. Jeff Abbas, who runs the local radio station, said that it appears the company has not been able to come up with the money to feed the live chickens that it still has. Father Paul Ouderkirk, a priest at Postville’s Catholic church, said he has been hearing reports from workers “telling us that they saw trucks of poultry sitting there for days.”

Indeed, the evening of November 1, after the plant had been closed for more than 24 hours, a reporter driving around Postville came upon two tractor trailers full of turkeys in an otherwise depopulated parking lot near the slaughterhouse. The turkeys had been left with no apparent food or water. The white-plumed animals were four to a cage, and a rough count indicated that the two trucks held over 1,000 animals. A number of turkeys appeared to have already died. The trailers full of birds were in the same place early the next morning.

In the lawsuit seeking to initiate foreclosure proceedings, the bank, First Bank, said that it needed to take control of the company’s assets before the assets, including the live poultry, were destroyed. “First Bank is informed and believes the millions of chicks and chickens in the Borrowers’ inventory are in danger of starving to death,” the suit stated.

Andres said that the plant’s chicken production had been decreasing steadily over the last month, and this week dropped to below half of what it was when he arrived.

Andres’s eyes were noticeably red and swollen, and he said he has had a persistent sickness from the conditions inside the slaughterhouse. But he said it has been the nature of his work during the last week that has been particularly distressing. In addition to the dead chickens, Andres said, most of the living chickens on the conveyor belt were still very young. “Some of them were still without feathers. Like naked chickens. They’re really small, like this small,” he said gesturing with cupped hands.

“I asked my supervisor why we are killing them,” Andres said. “He just said, ‘This is what we have.’ He wouldn’t give any more of an answer.”