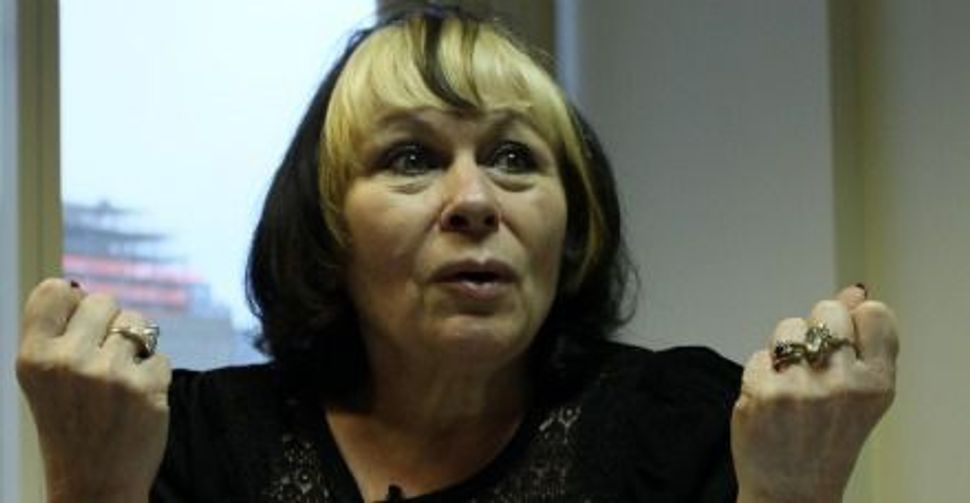 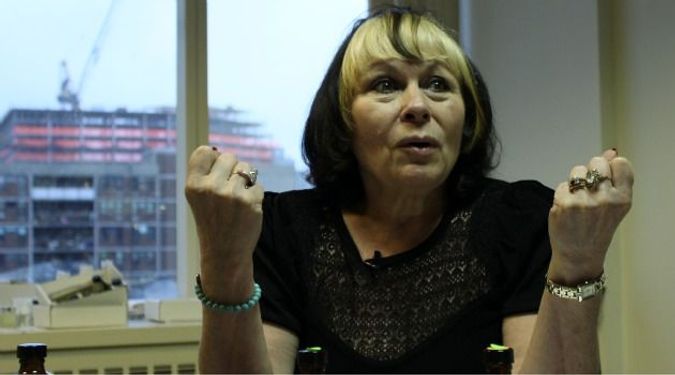 Sense of Scent: It takes a special skill to sniff out the perfect perfume. Sophia Grojsman is in demand for her nose, which helps her create scents for industry giants. Image by ALLISON YARROW

In Egyptian times, Sophia Grojsman says, priests made a tincture of natural oils which they dabbed behind the ears of men and women to soothe their troubled souls. Thus, perfumery was born. “This is medicine for your mind and body,” Grojsman says. “That’s what perfume is.”

During more than 30 years in the fragrance business, Grojsman [pronounced GROYS-man] has “cured” probably hundreds of millions of souls. They include the legion female fans of her perfume creations such as “Lalique,” “Paris,” “Eternity” and “Trésor” not to mention passersby caught in the olfactory web of her intoxicating scents.

“They call me the Picasso in perfumery,” says Grojsman, 66, because her fragrances are simple yet powerful.

As the December holiday season looms, a make or break time for the multi-billion-dollar perfume industry, Grojsman cuts a striking figure sitting behind a desk in a bland Midtown office. She is more sorceress than priest, with dark, sparkling eyes and a shock of black hair shot through with blond highlights.

It is here, at International Flavors and Fragrances, which reported sales last year of $2.6 billion, that Grojsman, spent her entire career conjuring success.

Grojsman has created more than 30 perfumes, and she refuses to name a favorite. “This is like asking which of your children is your favorite child,” Grojsman says. “Each one meant something for me at that time of my life and I don’t want to say, ‘That’s definitely the best fragrance I ever made.’ ”

Minutes later, she offers one, Trésor, which, she adds, once outsold Chanel N°5, as probably her best perfume. “That’s like a fragrance that gives any woman and every woman [the chance] to feel like a woman.”

Smell is perhaps the most elusive of the senses. The language that Grojsman uses to describe her scents draws on music, nature, food and architecture. The foundation of her scent is a “note” around which she constructs “vertical points” that might evoke, say, “winter” or “a cool, summer evening.”

It is chemistry in both a literal sense — a typical perfume is constructed from a blend of natural and manmade ingredients — and in a figurative sense. A whiff of perfume transports the mind to a particular time or place evoking a sensation or an emotion.

Arrayed in front of Grojsman and scattered across a nearby credenza are dozens of sample-sized bottles. Grojsman plucks out a gold-colored canister shaped like a lipstick holder and squirts it liberally onto a couple of fragrance testing papers. Then, she hands the papers to a pair of visitors, challenging them to describe the smell.

The visitors note that it is an invigorating perfume, conjuring freshness and morning. There is, odd as it seems, a hint of a forest, perhaps in central or southern Europe. “I smell the memory of childhood,” says Grojsman, who was born in a small town in Belarus, close to the woods.

Although she retired a few years ago, Grojsman says this is a new scent that she hopes to bring to market one day. In addition to a smell it has an added kick, part of the scent floats on the air and leaves a trace on the lips. “Now, lick your lips,” she says. The visitors notice a sweet taste.

“This is the essence of being born and of being a child,” Grojsman says.

Grojsman talks with a thick Belorussian accent, a holdover from the 20 years she spent in the Soviet Union.

Her father was a partisan who rescued a small group of men and women from a Polish ghetto during World War II. One of those women became his wife and Grojsman was born in 1945 during the waning months of the war.

Instead of toys, she remembers a childhood filled with flowers, trees and birdsong. Her family moved to Poland in 1960 and, in 1965, to New York, and settled in Brooklyn. Soon afterward, Grojsman went to the Hebrew Immigrant Aid Society to find work.

Grojsman had studied chemistry in Poland, so HIAS sent her to NYU Medical Center as a lab assistant. But when she saw a woman tip a large bottle of blood into a laboratory sink she almost passed out. Weeks later, she found work as a lab technician at IFF, which creates scents for household products like soap and detergents as well as perfumes.

It took a few years before IFF noticed their lab technician was a natural “nose” — the name given to professional perfumers. “It’s a gift given by God,” Grojsman says. She excelled at chemistry and rather than using trial and error, she says she just knew which scents “will fit into the picture.”

Grojsman’s first fragrance, during the early 1970s, was Bathsheba for the Israeli perfumer Judith Muller. Then, there were scents for Bvlgari, Calvin Klein, Estée Lauder, Lalique, Lancome, Yves Saint Laurent and others.

Since retiring, Grojsman spends about 15 hours a week at IFF finding workarounds for ingredients that are no longer available and creating new scents. She also tutors IFF’s less experienced perfumers and imparts wisdom gleaned from a lifetime devoted to one industry.

Although most women like to perfume their necks and hair, Grojsman says the optimal spot for perfume is the back of the knees. “Fragrance rises,” Grojsman says. If you spray it behind your knees, the aroma surrounding you “will be beautiful and people will ask what are you wearing.”

Grojsman never once mentions perfume’s power to attract. Instead, she emphasizes its power to make a woman feel like a goddess. “The perfume should be a mood elevator or an elevator of your femininity,” she says. “It’s medicine for the soul.”