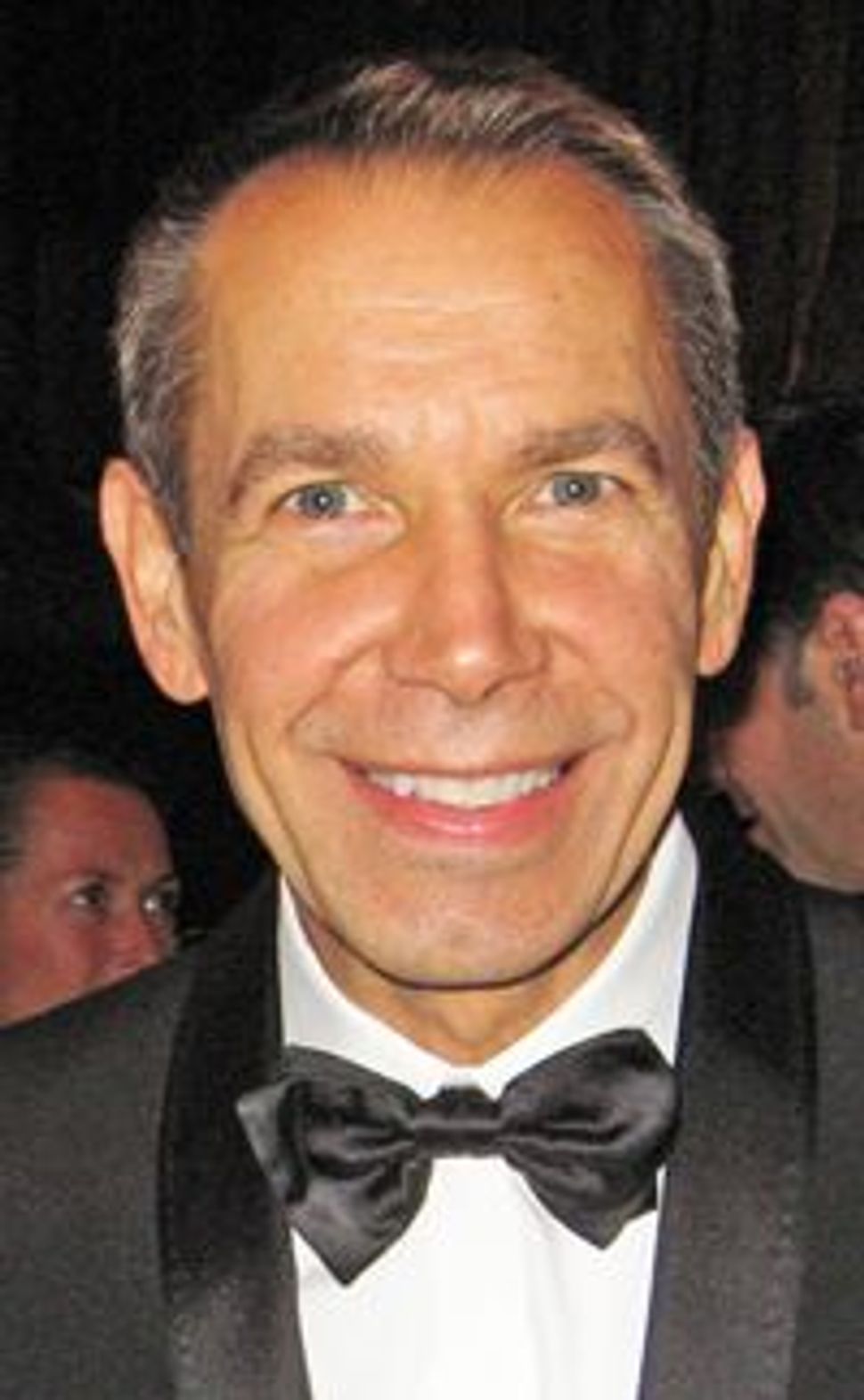 It was Saturday, October 15. I had just come out of the subway at 36th Street and Sixth Avenue, en route to M&J Trimming on 39th Street to buy some buttons. I was immediately swept up by a mass of chanting, drum-beating marchers carrying placards and holding aloft a 2-foot- high papier-mâché Statue of Liberty. Delighted tourists and a handful of applauding New Yorkers hugged the buildings along the avenue. Some stores had locked their doors, and employees and customers gawked through the windows at the Occupy Wall Street demonstrators heading uptown to Times Square.

That evening I called Eleanor Reissa, director-choreographer of a revival of the musical “Pins and Needles: A Topical Musical Revue,” playing at Theatre 80, in the East Village. “How prescient of you to launch this musical now!” I told Reissa, former artistic director of the National Yiddish Theatre — Folksbiene and Tony-nominated director of “Those Were the Days.” She laughed and said: “Yes! It’s amazing! The 70-year old musical [is] so resonant, so current, so witty and spot-on with what is happening with students and unions.”

Written by Harold Rome — who became a composer as a result of being unable to find work as an architect in New York City during the Depression, and who died in 1993 — the show, which spoofs both bosses and workers, was originally meant to entertain members of the International Ladies Garment Workers Union. The 14-song revue includes such delights as “Sing Me a Song With Social Significance,” containing the lyrics “Sing me of wars, and sing me of breadlines, tell me of front-page news. Sing me of strikes, and last-minute headlines, dress your observation in syncopation.”

And for those who are wondering, I did make it to M&J Trimmings before it closed, and I found the perfect buttons.

Jenny Holzer and Frank Stella Honored at Americans for the Arts 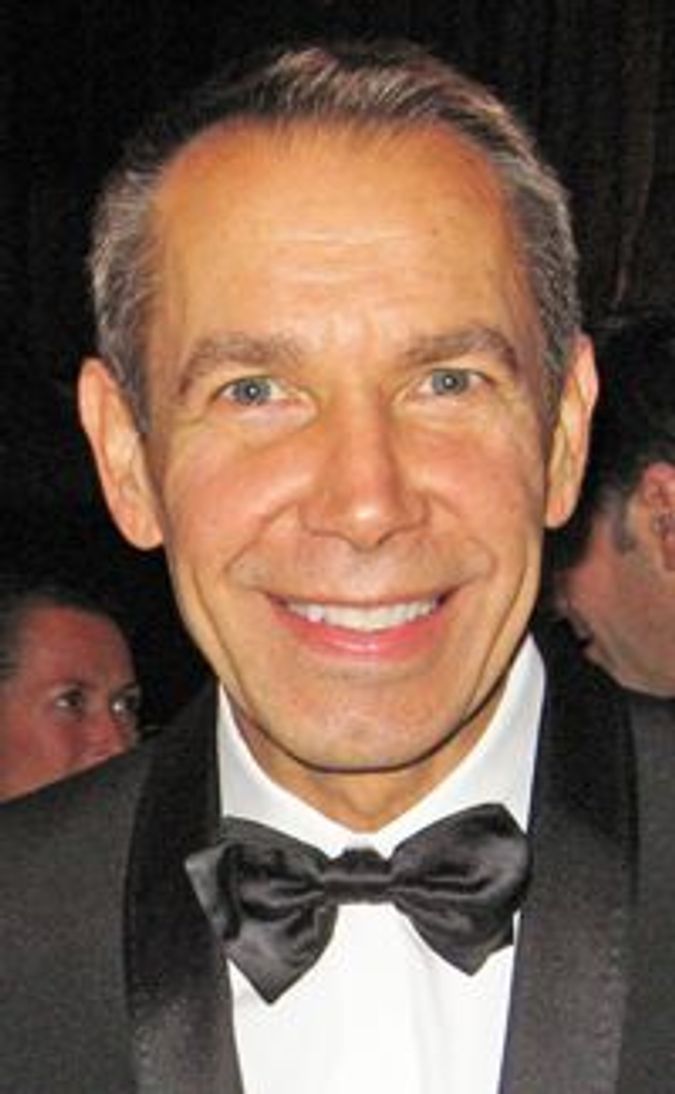 At the Americans for the Arts National Arts Awards gala, held on October 17 at Cipriani 42nd Street, Jenny Holzer received the Outstanding Contributions to the Arts Award for her work on exhibitions. Holzer told me, “I opt to work with projects that deal with violence and oppression.”

Artist Frank Stella, whose work includes paintings based on the Holocaust, received the Isabella and Theodor Dalenson Lifetime Achievement Award. When I asked Stella what inspired him, a Catholic, to create his 1970–73 “Polish Village” series — 130 large-scale replicas of wooden Polish synagogues — he replied, “It was the remarkable way in which they were constructed.” I ventured, “You mean the dovetailing without a single nail?” He nodded. In the early 1980s, Stella created a set of prints inspired by the Passover Seder song “Had Gadya,” based on lithographs by Russian artist-designer El Lissitzky, who died in 1941.

The event’s journal included the following message from philanthropists Eli and Edythe Broad: “ We have been blessed with extraordinary success, and we were both raised in families where we were taught that it is important to give back. Our philanthropy has proved to be harder work than running two Fortune 500 companies. But it has been immensely rewarding.”

Robert Lynch, president and CEO of Americans for the Arts, told the audience, “We recently co-hosted a Wounded Warrior [Care Coordination] Summit with all the branches of the armed forces [to explore] how the arts can be employed as a healing tool for those service members severely injured in the line of duty.”

Helping Ivana Trump celebrate the launch of the Ivana Living Legend Wine Collection at her Upper East Side townhouse on October 18 were Ivanka Trump, Donald Trump Jr. and Eric Trump. Looking trim in a body-hugging black dress, Ivana Trump explained that though she is now in the wine business, she is limiting her own drinking. “At St. Tropez,” where she spends half the year, she said, “everyone starts drinking at 11 a.m. and continues drinking through the night.”

Among the well-wishers were Denise Rich, Sirio Maccioni and socialite and diet guru Nikki Haskell, who greeted me with, “At this year’s Seder I served 80 briskets, [made] 200 matzoh balls and [hosted] 70 people, including Clive Davis, Jacqueline Bisset and Beverly Johnson. Haskell, author of “Nikki Haskell’s Star Diet” (Kensington Publishing Corporation, 1998), told me back in 1998, “I make killer matzo balls, world-class chicken soup and will match my ‘black belt’ brisket against anybody’s brisket.”

During my brief chat with vintner Ivana Trump, I recalled our first encounter, at her gilt-and-marble multilevel residence on the 66th floor of the Trump Tower, where she hosted a cocktail party for Hadassah in November 1993. Then New York chapter president, Theda Zuckerman, pinned Trump, making her a Hadassah member for life. “When we asked her to be Woman of the Year,” said then Hadassah president Iris Strickler, “she said yes. And to me!” When I asked Trump, “Why Hadassah?” she told me, “They do such wonderful work.” Witnessing the 1993 festivities were Tovah Feldshuh, Ruth Westheimer, 12-year-old Ivanka, and white-blond haired son Donnie. Irving Fields performed on Trump’s spectacular white baby grand.

No doubt the parents of Ivanka Trump’s husband, Jared Kushner, must have been thrilled to discover that their son married the daughter of a lifetime Hadassah member.