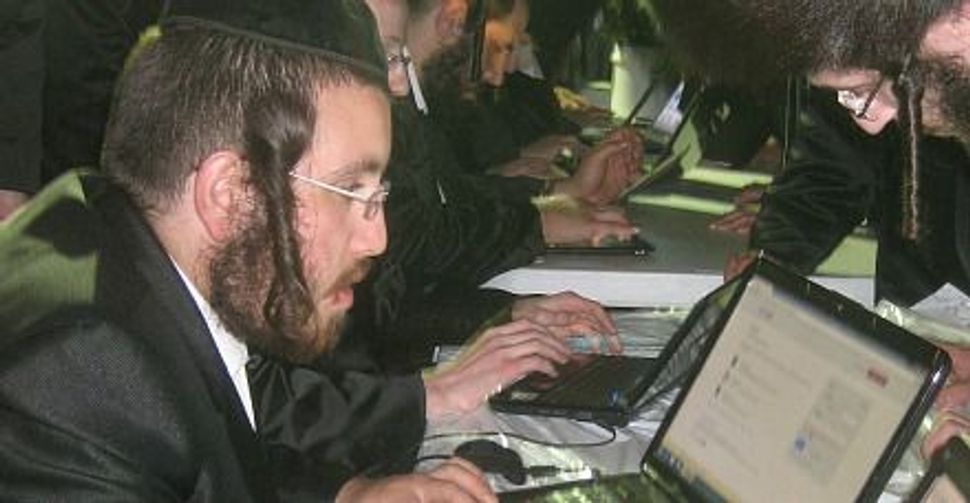 Image by courtesy of justiceforsholom.com

An all-out publicity effort has catapulted an online petition in support of jailed kosher meatpacking executive Sholom Rubashkin to the top of a new White House-sponsored website that promises petitioners direct responses from the administration. 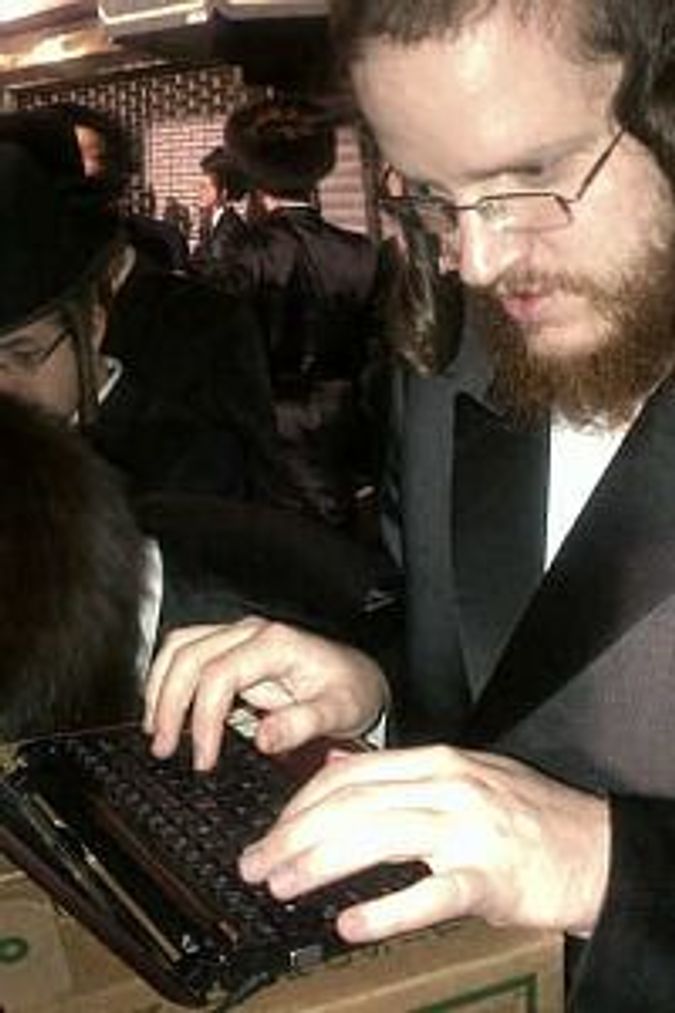 E-Mail is Kosher: Volunteers are tapping out thousands of e-mails to a White House petition calling for the release of imprisoned kosher meatpacking executive Sholom Rubashkin. Image by courtesy of justiceforsholom.com

Following a massive campaign that included robocalls, a video by Hasidic pop star Lipa Schmeltzer and public petition-signing stations for ultra-Orthodox Jews who do not have computers, the Rubashkin petition has received 51,000 signatories. The only petition to receive more support calls for the legalization of marijuana, with 73,000 signatures. The next runner-up, a call to “crack down on puppy mills,” has only 29,000.

The White House says it will respond to all petitions on the site that reach a benchmark the Rubashkin petition has far exceeded. But while the petition calls for an investigation into “prosecutorial and judicial misconduct” during the Rubashkin trial, Rubashkin supporters say they aren’t counting on a positive response.

“I was a little scared when I saw people got so excited over the last couple of days,” said Shimon Rolnitzky, an organizer of the pro-Rubashkin efforts. “People were like, ‘We’re going to sign this petition, and then Obama’s going to respond immediately.’ We’re sure it’s not going to work like this… We’re going forward to the courts, we’re going to go forward to the Supreme Court. And we want it to be known all over that Sholom Mordechai [Rubashkin] has the support of the Orthodox Jewry in the United States.”

Rubashkin, 52, was CEO of Agriprocessors, the largest kosher slaughterhouse in the United States, at the time of a massive federal immigration raid that led to its closing. The raid came in the midst of allegations of child labor violations and animal welfare issues at the plant. Rubashkin was convicted of bank fraud in 2009 and sentenced to 27 years in prison.

Attorneys for Rubashkin continue to contest the conviction. “There’s no doubt that the prosecutors in this case, from day one, pursued Sholom Rubashkin with a zealousness that I think is reserved for few other defendants, perhaps the most extremely violent defendants,” said Alyza Lewin, one of Rubashkin’s attorneys.

Rubashkin’s initial appeal was denied. Lewin said that Rubashkin’s legal team has filed a further appeal and will attempt to take the case to the Supreme Court if that appeal fails.

Since his conviction, Rubashkin has become a cause célèbre in the Orthodox community. Rolnitzky’s group, called the Klal Yisroel Fund, has taken a high-tech approach to mustering support for the jailed member of the Lubavitcher Hasidic sect. Its campaign has included a website and a number of flashy online videos.

Rolnitzky’s group initially aimed to promote the White House petition for Rubashkin with a new video, this one featuring Rubashkin’s children and Schmeltzer, the Yiddish singer. The group also circulated automated phone calls recorded by one of Rubashkin’s sons.

But Rolnitzky said that even after those efforts, there was a concern that signatures were lagging, particularly in ultra-Orthodox communities that shun computers for religious reasons. So supporters arranged for public computers to be made available.

“We decided at the last minute that we’re going to have these mobile Rubashkin petition-signing posts in all the Jewish neighborhoods in New York and even in some other Jewish places in Baltimore and Chicago and Miami, where people who don’t have a computer are going to be able to come in,” Rolnitzky said.

Rubashkin supporters set up petition-signing stations at Orthodox concerts in Brooklyn, in Orthodox-owned businesses closed for the holiday, in synagogues and elsewhere. Some who came to sign didn’t have e-mail addresses, which were required by the White House website, so they were set up with them.

The White House petition website, called We the People, has been online just a little more than a month and has yet to issue any responses to submitted petitions. Macon Phillips, director of digital strategy at the White House, said that the administration was “getting close” to releasing a first response, though he wouldn’t speak specifically about the Rubashkin petition.

Philips said that the petitions were reviewed at weekly meetings attended by representatives of all the White House policy offices.

“It’s important to us that we connect the petitions to the people actually working on these policies, that it’s not just a gimmick, that it’s actually a meaningful exercise,” Philips said.

Responses will be issued after they are drafted by policy experts and reviewed by others in the administration. It’s not clear how long the Rubashkin supporters will need to wait to hear back on their petition.