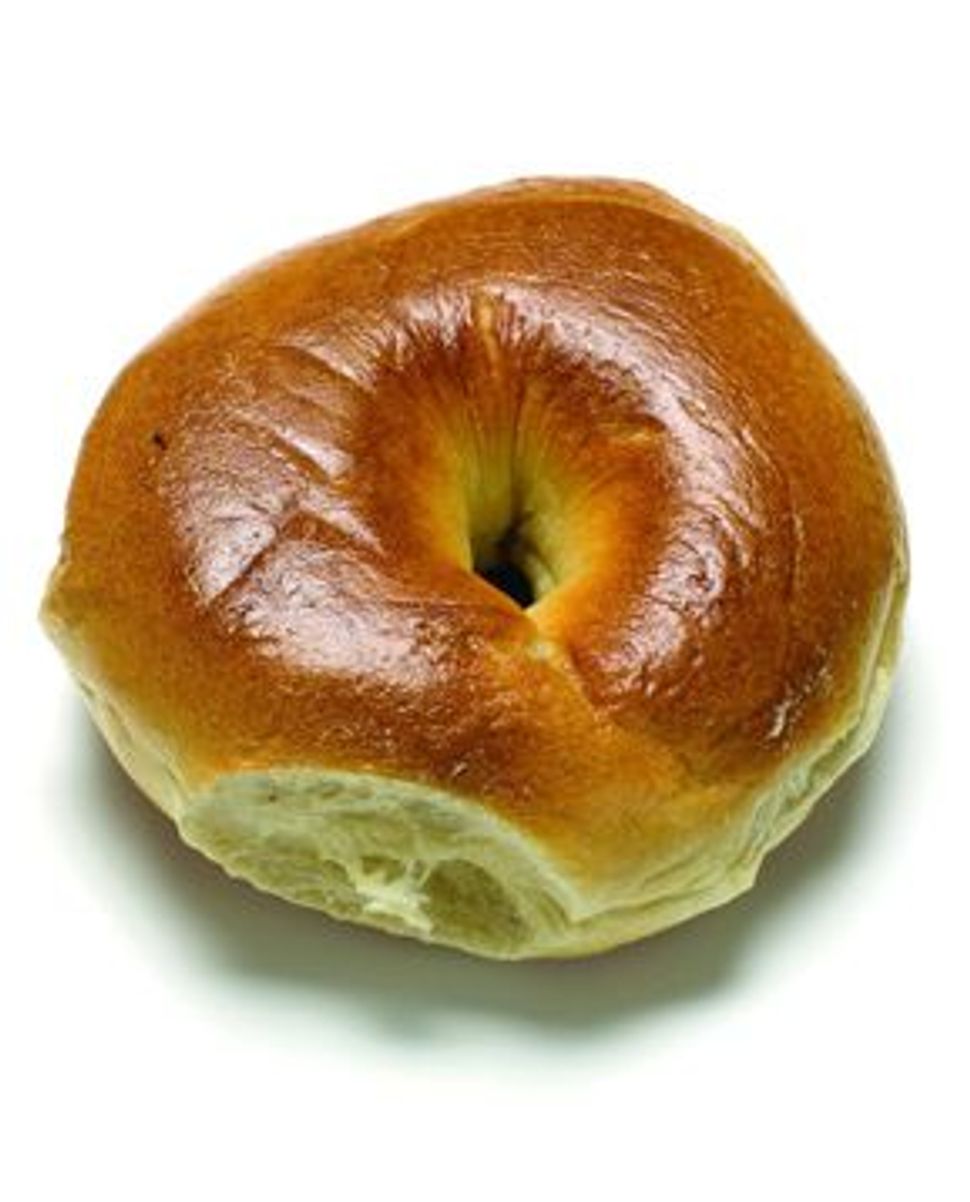 The Bagel: The Surprising History of a Modest Bread 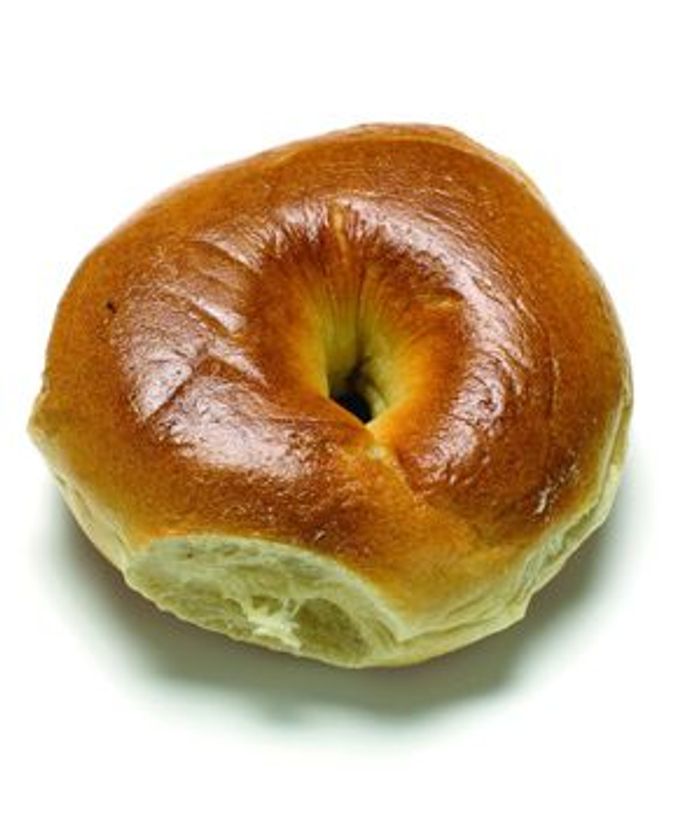 ‘A bagel has versatility,” Murray Lender, one of America’s great frozen-food entrepreneurs, proclaimed almost 40 years ago. “It’s a roll, a roll with personality. If you must be ethnic you can call it a Jewish English muffin with personality.… We don’t talk of bagels, lox (Nova Scotia salmon) and cream cheese. It limits them. Think of toasted bagels and jam, if you like.”

Even as Kraft and Sara Lee have made the bagel an all-American breakfast food, “the cement doughnut” remains (almost) as distinctively Jewish as gefilte fish. In her new book, “The Bagel,” Maria Balinska, editor of the world current affairs department of BBC Radio, provides a charming history of the roll with a hole, ranging across three centuries and two continents. Mindful that “the bagel is incapable of taking itself too seriously,” Balinska uses it as a metaphor for the experiences of Jewish immigrants in the United States. Inevitably, she reminds us, assimilation is “leavened” by compromises made in constructing new identities.

Contrary to legend, the bagel was not created (in the shape of a stirrup) to commemorate the victory of Poland’s King Jan Sobieski over the Ottoman Turks in 1683. It was born much earlier in Krakow, Poland, as a competitor to the obwarzanek, a lean bread made of wheat flour and designed for Lent. In the 16th century and first half of the 17th, a “golden age for Poland’s Jews,” the bajgiel became a staple in the national diet.

The bagel attained a special status for European Jews. Elders included bagels among the gifts to be given to midwives following the successful delivery of a baby. Since circular objects were thought to confer protection, bagels were served to celebrate circumcisions. They figured as well in rituals following death.

Jewish intellectuals invested the bagel with metaphorical meaning, sanctifying the mundane to bring God closer to his people. Israel Ben Eliezer, the Baal Shem Tov (and founder of Hasidism), told his flock of the simpleton who fell into the river, fished a soggy bagel out of his

pocket and threw it to some gentile peasants, who saved him from drowning. The hole in the bagel, Balinska points out, remained a symbol of yearning, emptiness, anger and mortality. “Now you have a mere zero,” the Yiddish writer Eliezer Shteynberg observed. “Its profundity assess and cogitate.”

For Jews in the United States, Balinska implies, the bagel was less likely to be food for thought. Bakers baked them, one might say, because they kneaded the dough. Easy to obtain (Manhattan’s Lower East Side had 70 bakeries in 1900) and identifiably Jewish, bagels (with cream cheese) “established themselves as a family Sunday breakfast tradition.”

There were those, of course, who sneered at “bagel and lox Jewishness.” Secure in the suburbs, the children and grandchildren of immigrants, Irving Howe suggested, maintained “residual attachments to foods, a few customs, and a garbled Yiddish phrase.” At best, they signified “not merely self-serving nostalgia but blocked yearnings for elements of the past that seemed spiritually vital.”

By the 1970s, Bagel Bakers Local 338 was gone, a victim of out-of-state competition and automation. The Lender brothers built the largest bagel factory in Mattoon, Ill. Reaching out to the uninitiated, they ran animated TV commercials, with Grammy-award singer Al Jarreau announcing, “It’s not just a piece of bread, you dig?” The public was getting what it deserved, food critic Mimi Sheraton lamented in The New York Times: “What used to be a fairly small, dense, gray, cool, and chewy delight that gave jaw muscles a Sunday morning workout had become snowy white, soft, puffy, and huge and is now even served hot, or worse yet, toasted.”

In the 21st century, America has become “bagelised.” Happily, the frozen bagel is in free fall. As customers insist on fresh products, bagel making has become profitable again, with craftsmen opening bakeries in small towns and big cities. Balinska concludes, with more hope than evidence, that the bagel “continues to hold a certain fascination for the American Jewish community.” What are its ethnic ingredients? The bagel’s roundness is an affirmation of inclusiveness — and of the Jewish synthesis of “alone and together.” And that hole can be filled with acts of kindness.