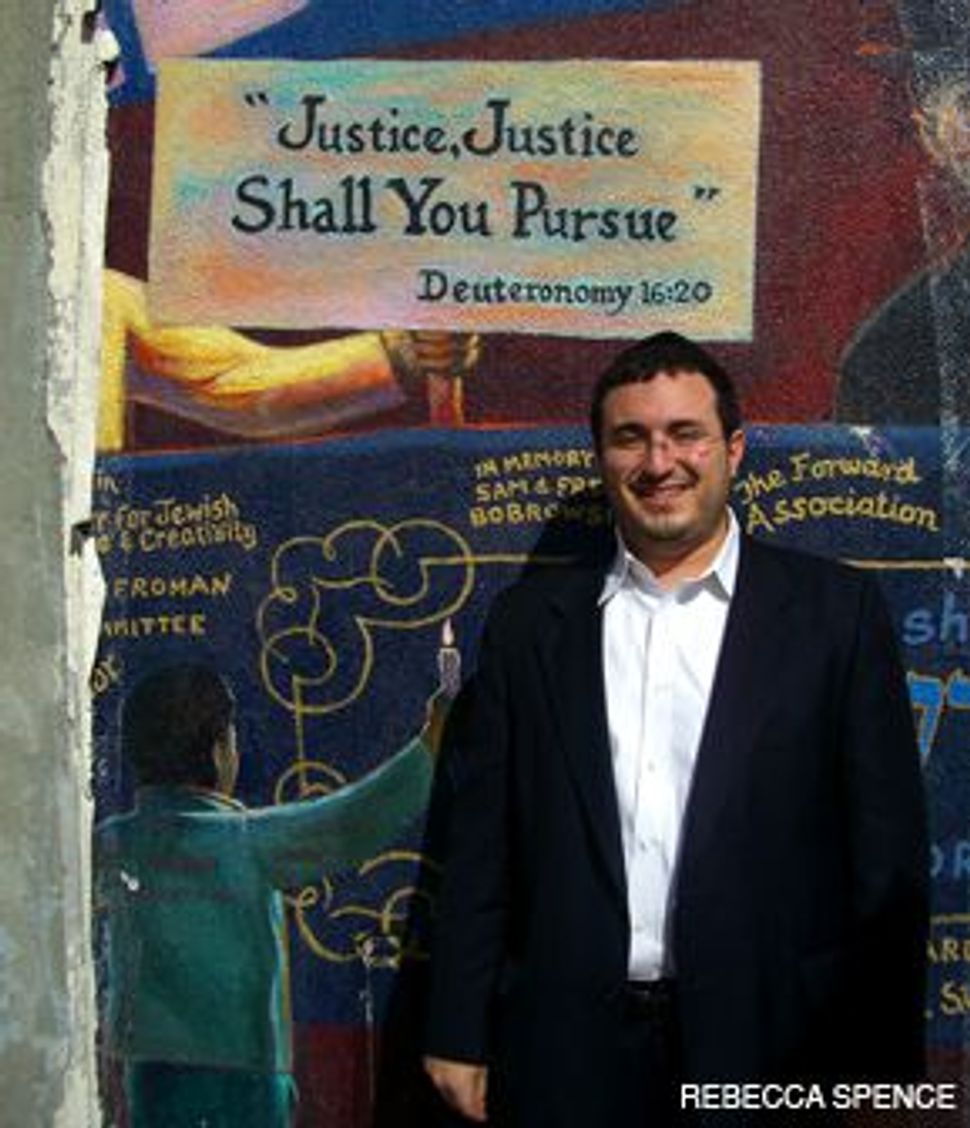 VOTER: Shaul Douek, a 29-year-old Orthodox cantor, said he waited in line not to vote for president, but for Proposition 8.

Los Angeles, Calif. — With California Jews lining up on either side of a heated gay marriage debate, those opposed to gay nuptials were vindicated November 5 when a ballot initiative banning same-sex marriage passed by a narrow margin. 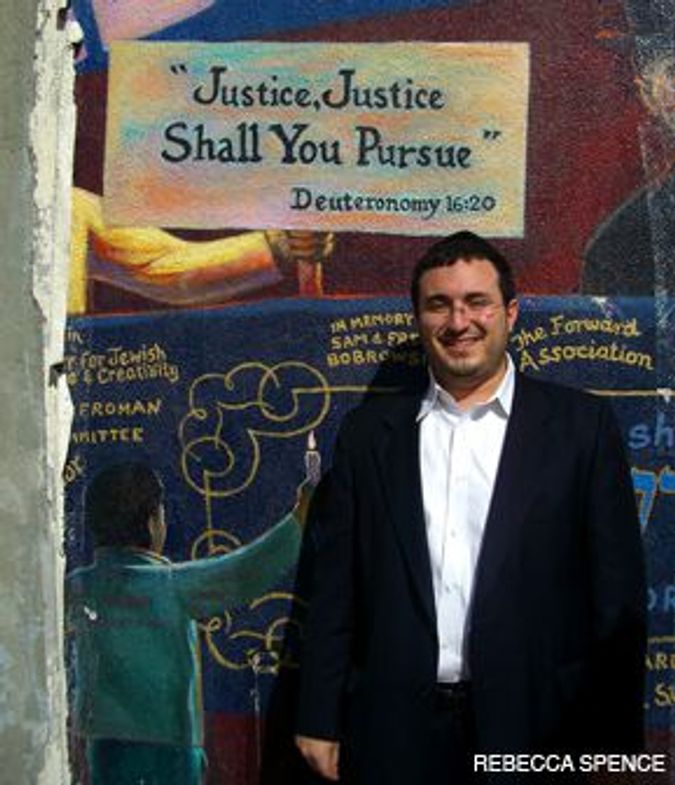 VOTER: Shaul Douek, a 29-year-old Orthodox cantor, said he waited in line not to vote for president, but for Proposition 8.

Proposition 8, which calls for amending California’s state constitution to define marriage as solely between a man and a woman, was adopted despite intense efforts by non-Orthodox Jewish clergy and activists to defeat it. At the same time, Orthodox leaders took a strong public stand in support of the measure, aligning themselves with the Mormon Church, which spearheaded the Yes on 8 campaign.

With some 95% of the precincts reporting, the California ban on same-sex marriage passed 52% to 48%. But Proposition 8 opponents did not concede defeat, claiming that provisional ballots had not been counted.

In recent months, the ballot initiative emerged as a hot-button issue in California’s Jewish community, especially as polls in the final weeks showed that it was likely to be a close vote. Jewish groups on both sides — the Union of Orthodox Jewish Congregations of America on one, and the Progressive Jewish Alliance on the other — joined interfaith coalitions, took out full-page ads in local Jewish newspapers and enlisted rabbis to address Proposition 8 from the pulpit.

The election outcome left some of Judaism’s staunchest opponents of the gay-marriage ban fuming at the activist stance that the Orthodox took.

“The Orthodox Jewish community should be ashamed of itself for trying to take away the civil rights of its fellow citizens,” said Denise Eger, rabbi of Congregation Kol Ami, West Hollywood’s gay and lesbian Reform synagogue. “If they don’t want to do the marriage in their shul, they don’t have to.”

Meanwhile, Orthodox Jewish leaders said they felt compelled to speak out in favor of Proposition 8 in light of the fact that less traditional corners of the Jewish world were vocally opposing it in the name of Judaism and Jewish values.

“On this particular issue, if the Orthodox community had not maintained a voice on Proposition 8, it would have been spoken that we agree or accept the public face of the Jewish community on this issue, ergo what the Reform and Conservative movements were saying,” said J.J. Rabinowich, who heads Agudath Israel of California, the West Coast branch of the fervently Orthodox advocacy group Agudath Israel of America.

In recent weeks, the Board of Rabbis of Southern California — which counts fewer than 20 Orthodox rabbis among its 290 members — passed a resolution opposing Proposition 8. That resolution was passed with the support of 93% of those who voted, according to the board’s executive vice president, Mark Diamond.

Jewish communal efforts to defeat the proposition were led in part by Jews for Marriage Equality, an L.A.-based group founded by Steve Krantz, who has a son who is gay. The group includes Elliot Dorff, a prominent Conservative rabbi who co-authored the rabbinic opinion that in 2006 opened the doors for gay clergy in the Conservative movement. Jews for Marriage Equality joined forces with PJA — a liberal California-based grass-roots group — and the Jewish Community Relations Council of San Francisco.

That coalition amassed the signatures of 258 California rabbis who added their names to a statement supporting gay-marriage rights. In late October, the coalition took out ads in the Bay Area’s Jewish weekly, San Francisco J, and in the Los Angeles-based weekly the Jewish Journal. The ads touted the number of signatories and encouraged Jews to vote against Proposition 8.

The very same issue of the Jewish Journal, dated October 31, included a two-page ad published by a coalition of Orthodox groups supporting the ballot initiative. That ad was placed by the Rabbinical Council of California, a 70-member body of Orthodox rabbis, and co-sponsored by such groups as the Agudath Israel of California.

With the passage of Proposition 8, the fate of an estimated 18,000 same-sex weddings performed since last spring — when the California Supreme Court issued a watershed 4-3 ruling legalizing same-sex marriage — now hangs in the balance. Hundreds of Jewish weddings have been performed since June 16, when the state first began issuing marriage licenses to gay men and lesbians.

“We’ve been through this very intense time of celebrating and getting to know each other,” she said, “and all of that still holds.”