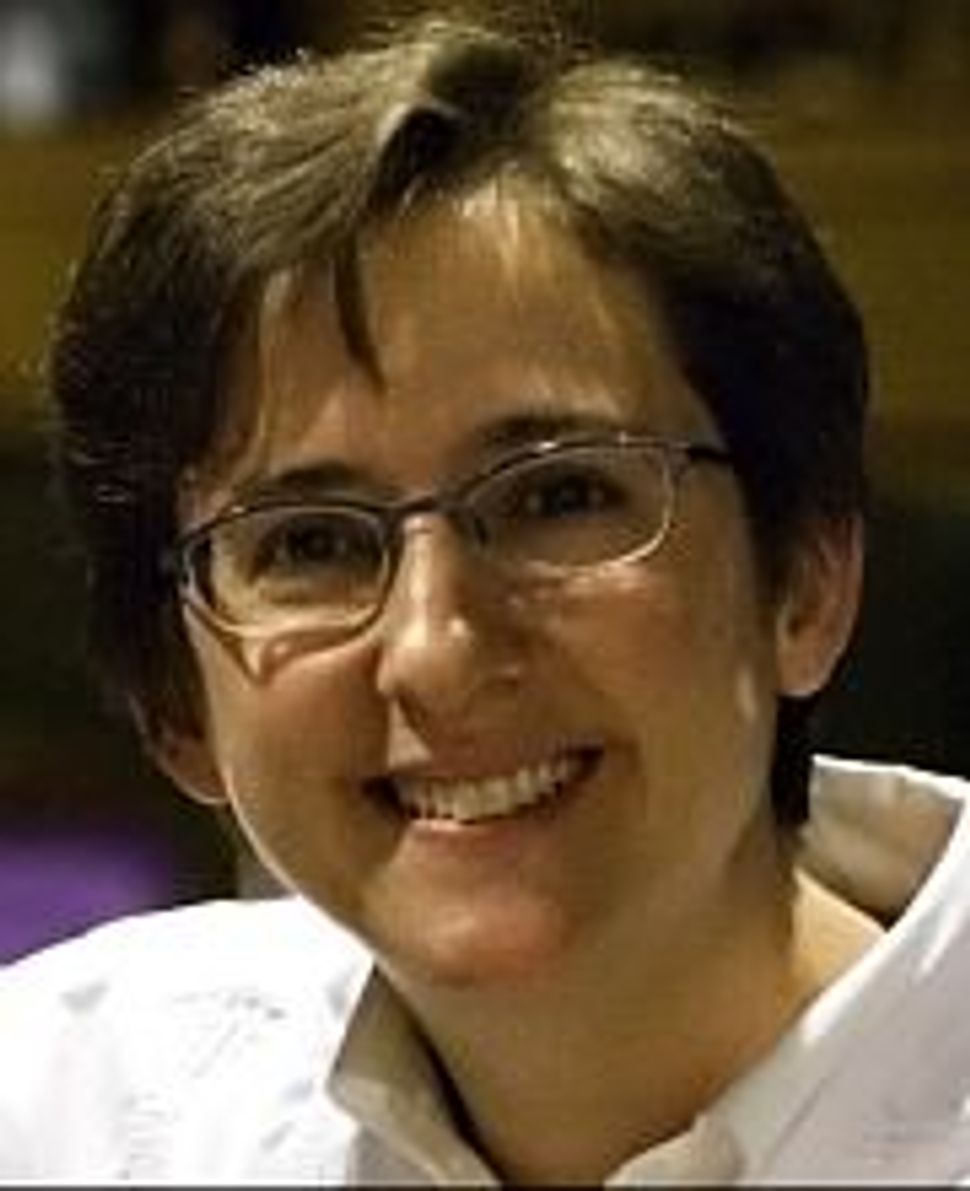 After nearly two decades as senior rabbi of what has become the world’s largest gay and lesbian synagogue, Congregation Beit Simchat Torah in New York, Rabbi Sharon Kleinbaum is no stranger to plaudits. Her efforts on behalf of gay rights, religious tolerance and peace have landed

her on just about every possible list of outstanding members in her field, from Newsweek’s “50 most influential rabbis in America” to the Huffington Post’s list of the top 10 women religious leaders and our own Forward 50 and Sisterhood 50.

This year, Kleinbaum, 52, was able to see her efforts pay off in some serious ways. On June 24, New York’s Republican-led state senate voted to make New York the largest state to legalize gay marriage, capping a long struggle that Kleinbaum helped to lead.

On Sunday, July 24, the day the law took effect, she set what could be a record by performing 10 weddings of gay and lesbian couples in a park opposite the New York City Clerk’s office, which had opened to register the first 823 couples chosen by lottery for the long-awaited honor. And earlier, on June 23, her congregation finalized the purchase of what will become its first permanent home after 38 years in rented spaces: an ornate building on West 30th Street, where Manhattan’s heavily gay Chelsea section meets the traditionally Jewish Garment District — as symbolically appropriate a location as one could ask for.