With Meat in Short Supply, Anxiety Abounds at Kosher Convention 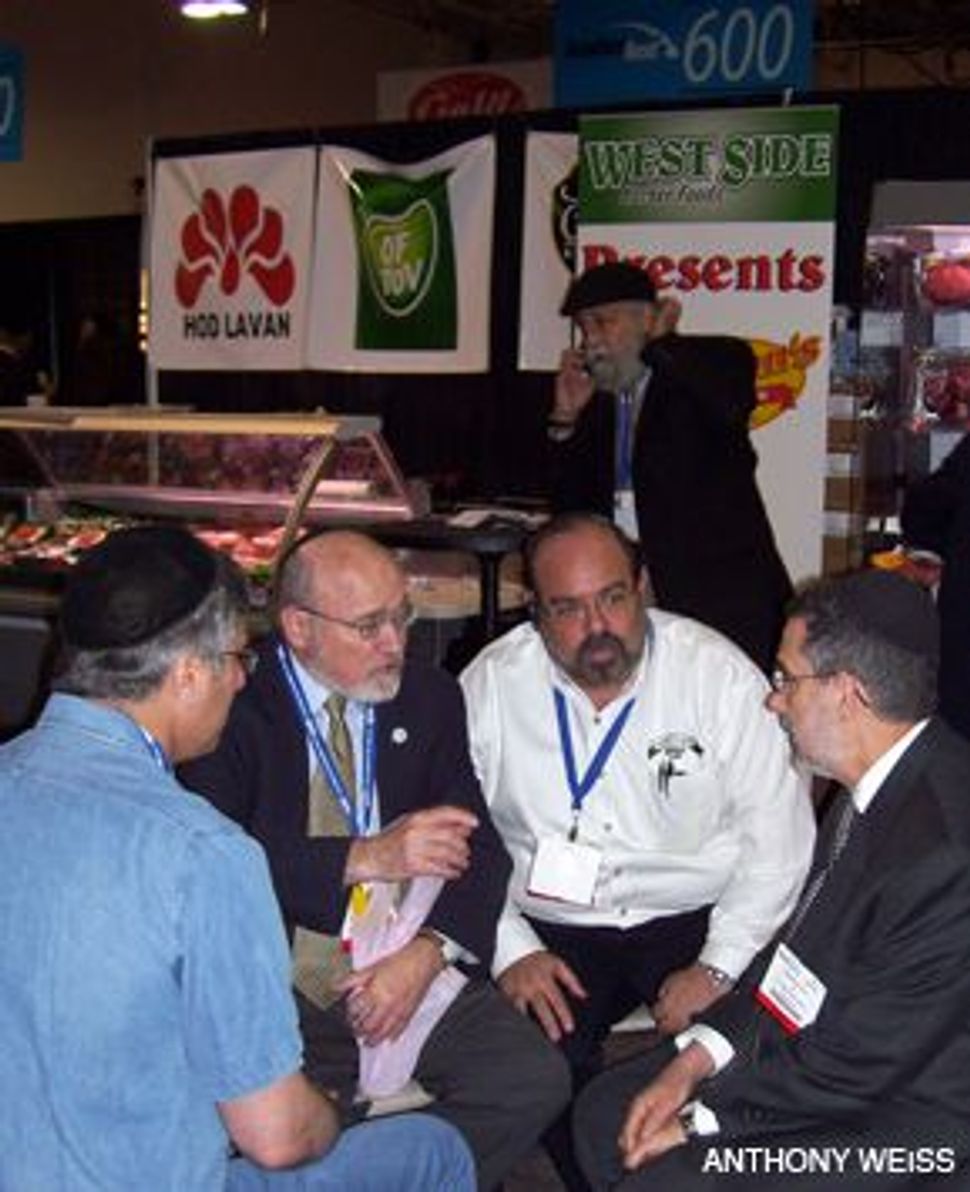 Secaucus, N.J. — At first glance, the crowded exhibition hall of Kosherfest 2008 seemed to have everything a kosher consumer could want, from candy to blintzes to Jewish-themed toilet covers. But perhaps the most notable item at this year’s annual kosher food industry trade show was one that, on closer inspection, was distinctly lacking — kosher meat. 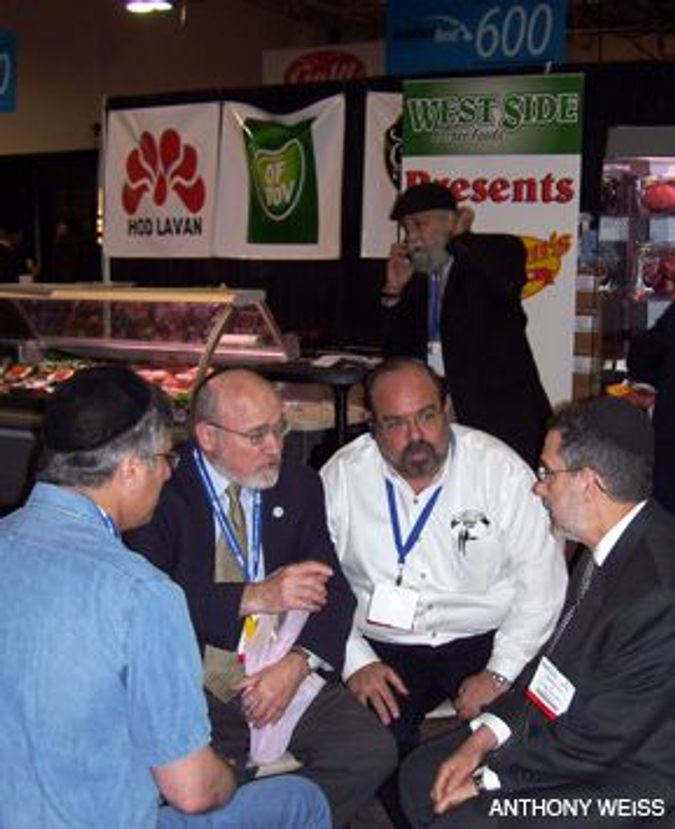 In past years, one of the anchor slots at Kosherfest, the annual convention for industry insiders, was occupied by Agriprocessors, the kosher meat giant that was, until this year, the largest supplier of kosher meat in the United States. Just a week before Kosherfest, however, Agriprocessors filed for bankruptcy amid a torrent of legal and financial troubles at the company’s flagship slaughterhouse in Postville, Iowa. The lack of meat coming from Agriprocessors, combined with financial troubles at one of the main slaughterhouses for Alle Processing, the company that recently took Agriprocessors’ standing as the largest supplier of kosher beef, has left a gaping void in the kosher meat market.

As a result, this year’s Kosherfest was marked by a sense of panic, as people throughout the kosher industry, from suppliers to producers to rabbinical authorities, scrambled to find ways to fill the void.

At the booth for West Side Foods, one of the few meat suppliers to have a presence at the convention, vice president Jerry Abramowitz said that he was being deluged with far more visitors than he had seen at conventions past, all looking to secure meat.

“People are saying, ‘How can you take care of me?’” Abramowitz said. “It’s almost like a fear factor.”

All over the convention hall, there were signs of the anxiety: Rabbis from certification agencies huddled with slaughterhouse owners to gauge their output; owners of kosher meat markets pleaded with distributors to provide them with more meat. Other food producers reassured customers that their supplies were holding steady.

Asher Amar, proprietor of 5th Street Deli and Market in Tucson, Ariz., roamed the convention floor chatting with suppliers, collecting phone numbers and placing calls, all in an effort to secure meat for his customers. Amar said that he had placed an order the previous week for 20 cases of kosher meat, but when the order arrived, there was only one case.

“Right now, if I can get meat anywhere, I want to get it, just to make my customers happy,” Amar said.

Smaller meat suppliers say they are stepping in to fill the void as quickly as they can. One West Coast meat distributor, who asked not to be identified for fear of angering suppliers, said it was looking into setting up its own slaughtering operations. Ilan Parente, owner of Noah’s Ark slaughterhouse in Dawson, Minn., said he had stepped up his production and expected to increase it further. But he also said that contracting for new cattle to slaughter would take time, and besides, the demand for meat was far beyond what his firm could provide.

“We could double and quadruple [production] and still not provide enough product,” Parente said.

Where meat supply cannot be found, other kosher food producers were talking about finding substitutes for meat, ranging from fish to poultry to soy products. Robert Friedman, a manufacturer of beef jerky, said he was thinking of expanding his lines of turkey and soy jerky. Food providers and caterers said they were replacing beef meals with chicken and fish.

But the problems with meat supply are extending out beyond the question of supply and demand, as other kosher food producers worry that the lack of meat could damage the kosher industry overall.

“It’s devastating,” pickle manufacturer Stephen Leibowitz said. “If a kosher deli can’t get enough veal chops, corned beef and pastrami because of what the government’s doing in Iowa, my pickle consumption is down. No one’s going into the restaurants.”

Others worried about the damage that Agriprocessors’ highly publicized troubles would cause to the reputation of the kosher industry.

“It’s very hurtful to the industry,” said Henry Ender, CEO of Israeli food products distributor Foodfest International. “The trust itself, the perception of kosher, the perception of the higher authority — we all have to digest it and heal it again, basically.”

In general, people from the kosher food industry said they expected that the problems with the meat supply would be worked out in the next few months to a year, but many were bracing for more trouble in the short term.

“They’ve been an institution, Agriprocessors,” said Sondra Richmond of Duso Food Distributors, a New York-based company that provides meals to nursing homes, hospitals and other institutions. “It’s very, very scary for our industry.”

With Meat in Short Supply, Anxiety Abounds at Kosher Convention