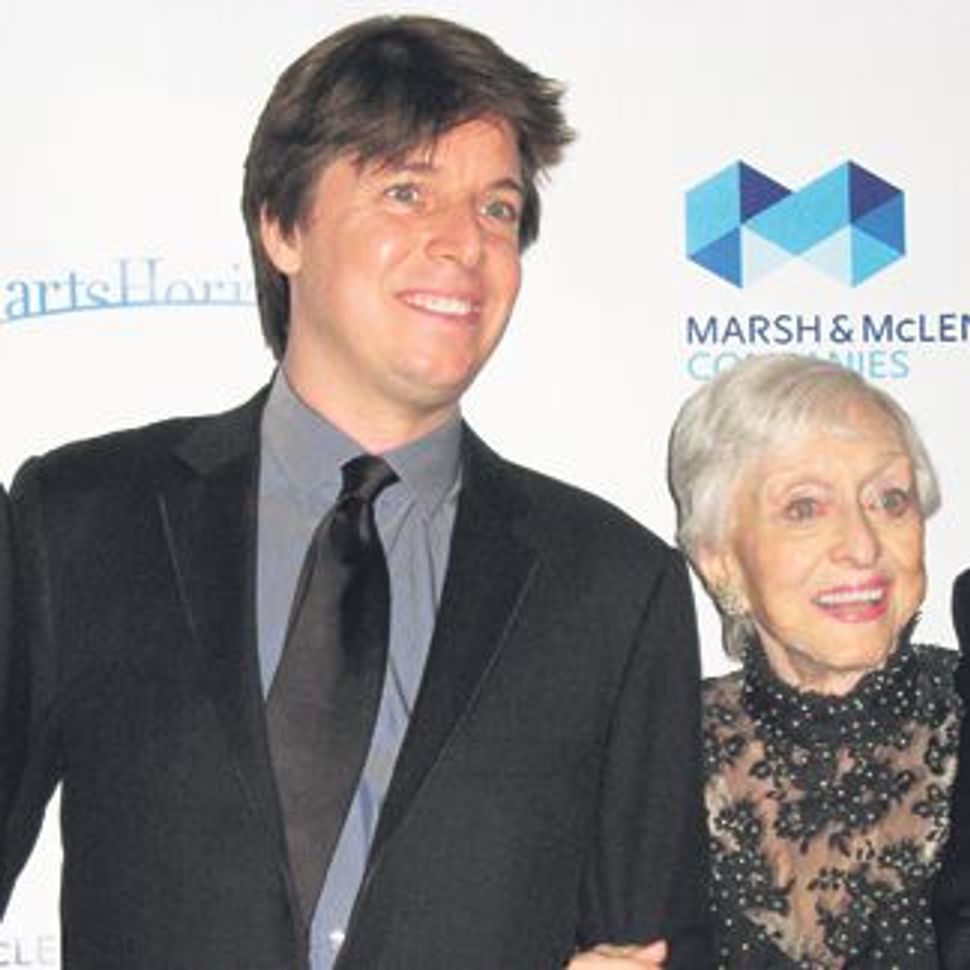 “First I want you to know,” Max said during our tête-à-tête, “that my father read the Forward every day, every day, of his life!” I replied, “Your father told me that years ago when we met at Brown’s Hotel [in the Catskills]. We compared notes on having survived in two different Asian countries that welcomed Jews during World War II. My mother and I lived in Japan in 1941, from February until the end of July. Berlin-born Max spent 10 years as a child in Shanghai, after his family fled there in 1938. “I lived in Hongkew and went to a Talmud Torah, the Kadoorie School,” Max said. “My father owned houses…. He supported the local shul. With the Chinese I felt at home. The Chinese protected us.”

He continued, “In my home in Shanghai, I heard the word ‘HIAS’ every single day. My mother was a volunteer in helping newcomers adjust…. HIAS was the center of the Jewish refugee community we lived in at that time…. In 1948 we left for Haifa, then Paris. I came to the U.S. in 1953.”

“Though I was always artistic, I never thought I’d work in art. Maybe an engineer, maybe a doctor,” Max mused. We were surrounded by his images of the Statue of Liberty and the Beatles, a triptych of Martin Luther King Jr. and some of Max’s cosmic paintings from the 1960s and ’70s. In a corner stood a duplicate of a mostly red-and-purple painted piano, with other colors incorporated for detail, that he designed for Beatle Ringo Starr. I mentioned his famous “36 Rabins” — 36 portraits of Israel’s prime minister, one of which he presented in 1997 to Edgar Bronfman Jr. at a UJA Federation of New York gala.

Gideon Aronoff, president and CEO of HIAS, thanked Max “for bringing us together tonight to celebrate the richness of HIAS’s values, history and family through your artistic lens. Your work, especially the Liberty image, captures the essence of the immigrant dream: the right to life, liberty and the pursuit of happiness.” Marc Silberberg, chairman of HIAS board of directors and a partner at Weil, Gotshal & Manges, said: “From refugee camps in Chad sheltering survivors of the genocide in Darfur, to the streets of Tel Aviv, where HIAS is assisting Israel in responding to thousands of Africans who have sought asylum in the Jewish state, HIAS is putting its expertise to work on behalf of the world’s neediest people.”

The guest roster included several leaders of Russian-Jewish organizations: Steven Melnik, a principal of the Melnick Law Group and president of the Russian American Bar Association; Daniel Branovan, leading specialist in thyroid cancer and president of Russian-American Jews for Israel and of the Russian-American Medical Professional Association, and Alistair Boulton, senior policy adviser to the United Nations High Commissioners for Refugees, at the U.N. in New York City. Igor Oberman, community liaison for Brooklyn Borough President Marty Markowitz, brought a message from Markowitz congratulating HIAS and Max, who spent several years in Brooklyn after arriving in the United States in 1949.

My mother and I also owe a debt to HIAS for their help in the 1940s. 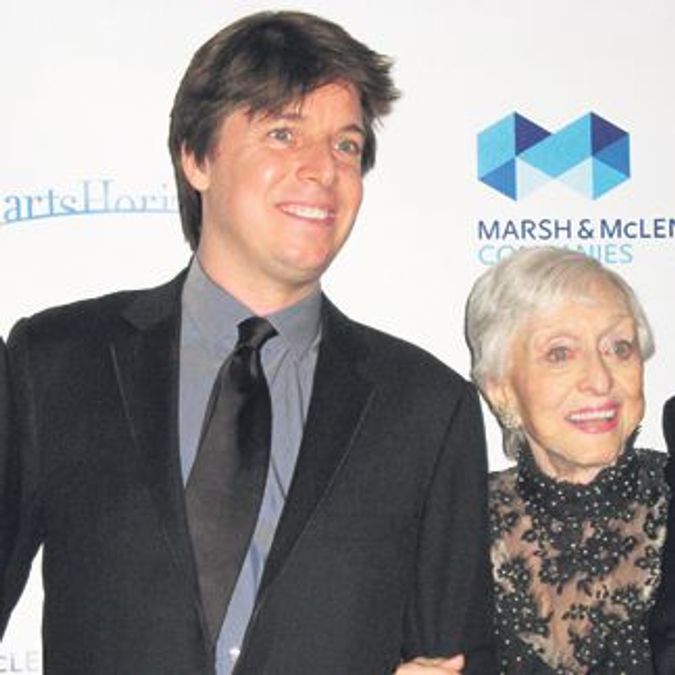 Michael Goldstein, founder and executive director of the organization Afro Brazil Arts, later told me, “I am the first non-Brazilian (and only Jew) to become a capoeira master known worldwide.” Goldstein carries the honorific title Mestre Ombrinho, which in Portuguese means “Master Small Shoulder.”

Introduced by the gala’s host, producer and TV talk and game show host Marc Summers, as “the greatest American violinist today,” Bell dazzled the audience with a program that included his interpretation of the song “Maria,” from Leonard Bernstein’s “West Side Story,” and Fritz Kreisler’s “Slavonic Fantasy.”

Paul Newman’s daughter, Melissa Newman, presented Bell’s award, saying: “Listening to Joshua play makes me miss my dad. When Dad was very ill, Joshua offered to come and play for him. I will never be able to thank him for that last visit.”

“I don’t deserve any kind of award,” Bell responded. “My contribution is playing my violin and hanging out with the kids” served by Arts Horizons programs.

In a 2006 JewishJournal.com profile, Bell was dubbed as “the latest in a long line of Jewish violin-playing aristocracy. He said, “My mother is a very typical Jewish mother…. My grandfather [in Israel] was a Sabra. Even my violin had a connection with Israel. It once belonged to Bronislaw Huberman, founder of the Palestine Symphony Orchestra. When Israelis hear that it’s ‘the Huberman’ they get very excited.” Bell is featured in Josh Aronson’s forthcoming documentary, “Orchestra of Exiles,” about Huberman and what later became the Israel Philharmonic Orchestra.

Not only was Holm herself honored, but the Celeste Holm Humanitarian Award was also presented to Brian Duperreault, president and CEO of Marsh & McLennan Companies, Inc. Holm is known for her Oscar-winning performance in the 1947 film “Gentleman’s Agreement,” based on the Laura Z. Hobson novel of the same name. The movie also starred Gregory Peck as journalist Philip Schuyler Green, who encounters rampant anti-Semitism while posing as a Jew.

Founded in 1978 by musician and educator John Devol, Arts Horizons is a not-for-profit arts-in-education organization that has served some 8 million children in the tri-state region.