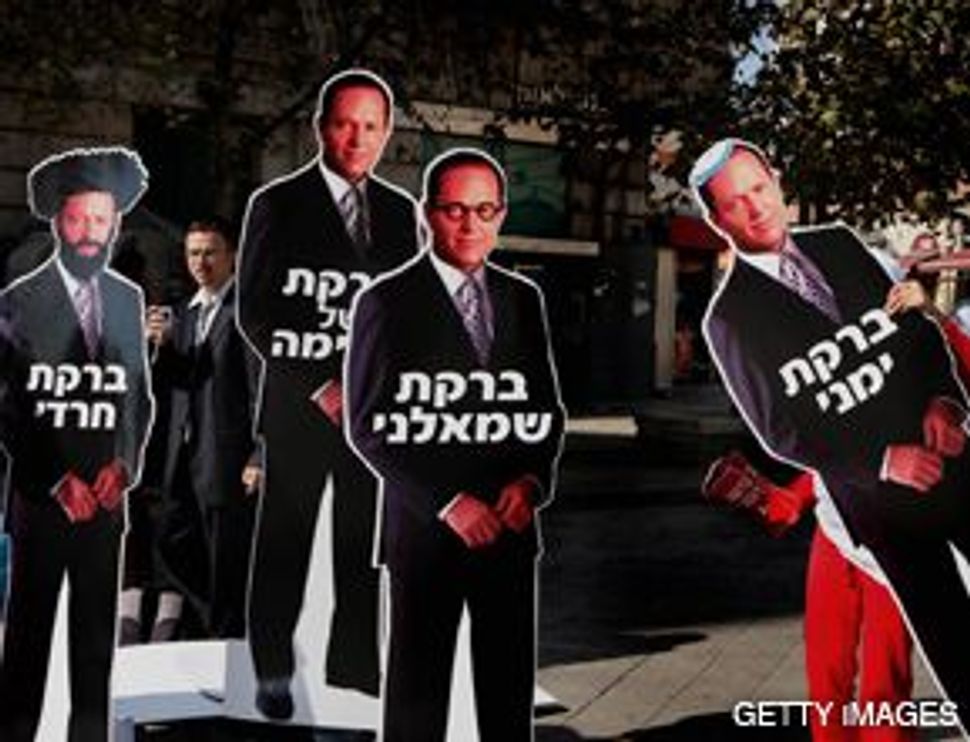 Jerusalem — In one of the most sectarian election battles Israel has ever seen, Jerusalem chose a new secular mayor to replace the current ultra-Orthodox one. 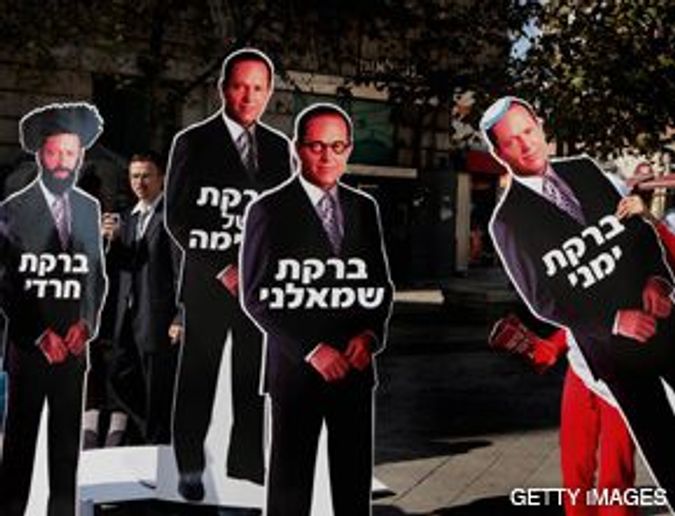 Nir Barkat, a secular businessman, won 52% of the vote November 11 after a campaign in which he promised to stop the exodus of Jerusalem’s nonreligious population. Barkat said that the city was losing secular Israelis because of the growing dominance of the ultra-Orthodox, which had been symbolized for the past five years by the mayor, Uri Lupolianski.

Barkat’s win over his ultra-Orthodox opponent, Meir Porush, has some secular Israeli leaders breathing a sigh of relief.

“If Porush would have won, very many secular people would have left Jerusalem — this is the feeling among non-Haredi Jews,” Israel Kimhi, director of Jerusalem-related projects at the Jerusalem Institute for Israel Studies, told the Forward.

But many liberal, peace-seeking Israelis see Barkat’s election as an ominous sign. Barkat made a name for himself by campaigning to keep Jerusalem wholly under Israeli control. He also established himself by campaigning to promote Jewish building in East Jerusalem against the wishes of Palestinians who live there and hope to claim the area as a capital at some point in the future.

In his attitudes toward East Jerusalem, Barkat was very close to his opponent, Porush, which left some left-wing Jerusalemites complaining that they were disenfranchised. Meron Benvenisti, who served as deputy mayor in the 1970s under Teddy Kollek, said, “Voting is a matter of choice, and if you are not presented with a choice, your democracy is not valid.”

Benvenisti said that while a central contention of Barkat’s campaign was that the secular population is leaving, the exodus is actually of the tolerant population, religious and secular. Barkat is “going to preside over the final chapter of the city as I know it,” he said. “All my children have left, my friends are leaving, and all that is left is a battlefield of religious and political bigots.”

The campaign between right-wingers in Jerusalem was in stark contrast to municipal elections in Tel Aviv, where both

candidates were left-wingers. Ron Huldai, a Labor Party affiliate who ran as an independent, won the race with 50.6% of the vote, but Dov Khenin, a lawmaker with the far-left, mostly Arab Hadash party, won an unexpected 34.3% of the vote.

Khenin represented a new party, City for All of Us, which was campaigning on environmentalism and social equality. Abraham Diskin, a Hebrew University political scientist, said that the split between the two elections “just goes to show that this is a country with two cultures, one in Jerusalem and a completely different one in nearby Tel Aviv.”

It was that election that attracted the most interest, because of the history and contentious nature of Jerusalem politics.

In 2003, Jerusalem chose its first religious mayor, Lupolianski. He has been deemed an ineffective mayor, but determination was strong among Haredim to hold on to this position of power.

During the election, Barkat claimed that Haredi leaders lack the know-how to attract business to Jerusalem and to boost tourism, and said that as a successful entrepreneur, he will manage to do both and to combat poverty in the city. A report for the JIIS and the Jerusalem Municipality said that in 2007, 56% of the capital’s children and 33% of the city’s families were living in poverty.

Barkat also promised to boost municipal budgets for education, which he says has been neglected outside the Haredi sector under Lupolianski.

But the election was driven largely by a broader set of demographic fears in the city. Shlomo Hasson, Hebrew University geography professor and expert on Jerusalem’s religious and political tensions, said that the secular population saw the election as a “watershed.” “This is a discussion about the image of Jerusalem,” he said. “It is a message from the residents that the city is not yet given over to the Haredim.”

It is widely believed that Lupolianski’s 2003 victory was more a result of secular people failing to turn out to vote than a widespread desire for a religious mayor. Generally, Israeli Arabs in Jerusalem largely boycott the vote.

In 2003, almost 90% of Haredim voted, while turnout among other Jewish adults was just 32%. This meant that the Haredi managed to elect their candidate with only around one-third of the Jewish electorate.

“The secular population learned from the previous election, asking why the Haredim should run the city when they are in a minority. There was a sense that the secular were abandoning the city to another group if they did not vote,” Kimhi said.

In the final reckoning, the margin between the leading candidates was wider than anticipated. Barkat won 52% of the vote, while Porush polled 43%. Israel’s best-known Russian oligarch, Arcadi Gaydamak, came in a distant third, with just 3.6%. Dan Biron of the Green Leaf Party, which advocates for the legalization of marijuana, received less than 0.5%.

During the campaign, both leading candidates battled to prove their right-wing credentials when it comes to the ethnic politics of Jerusalem. Both men toured East Jerusalem and promised to build Jewish housing in the area between Jerusalem and the Jewish settlement of Ma’ale Adumim, but the left claims that this move would provoke the Palestinian leadership and violate the Jewish state’s promises to the United States government.

Because of this convergence on the right, well-known journalist Haim Baran used a pre-election column in the popular Jerusalem newspaper Kol Hair to urge people to either boycott elections or register a protest vote for the Green Leaf Party. “Not only the left, but any secular and enlightened person, had no option in this election,” he told the Forward.

He said that Barkat’s hard-line positions make him “nonkosher” to liberals, so much so that in the previous election — when Barkat also stood — he voted for Lupolianski. He believes that this time around, Barkat exploited “irrational” fears of the secular population about the growing Haredi presence. “You can’t fight demographic processes by voting for a mayor,” Baran said.

Diskin said that Barkat is viewed as a smooth political operator and will enjoy some success. “But you must remember that the mayor of Jerusalem is one component in a very complex puzzle,” he added.