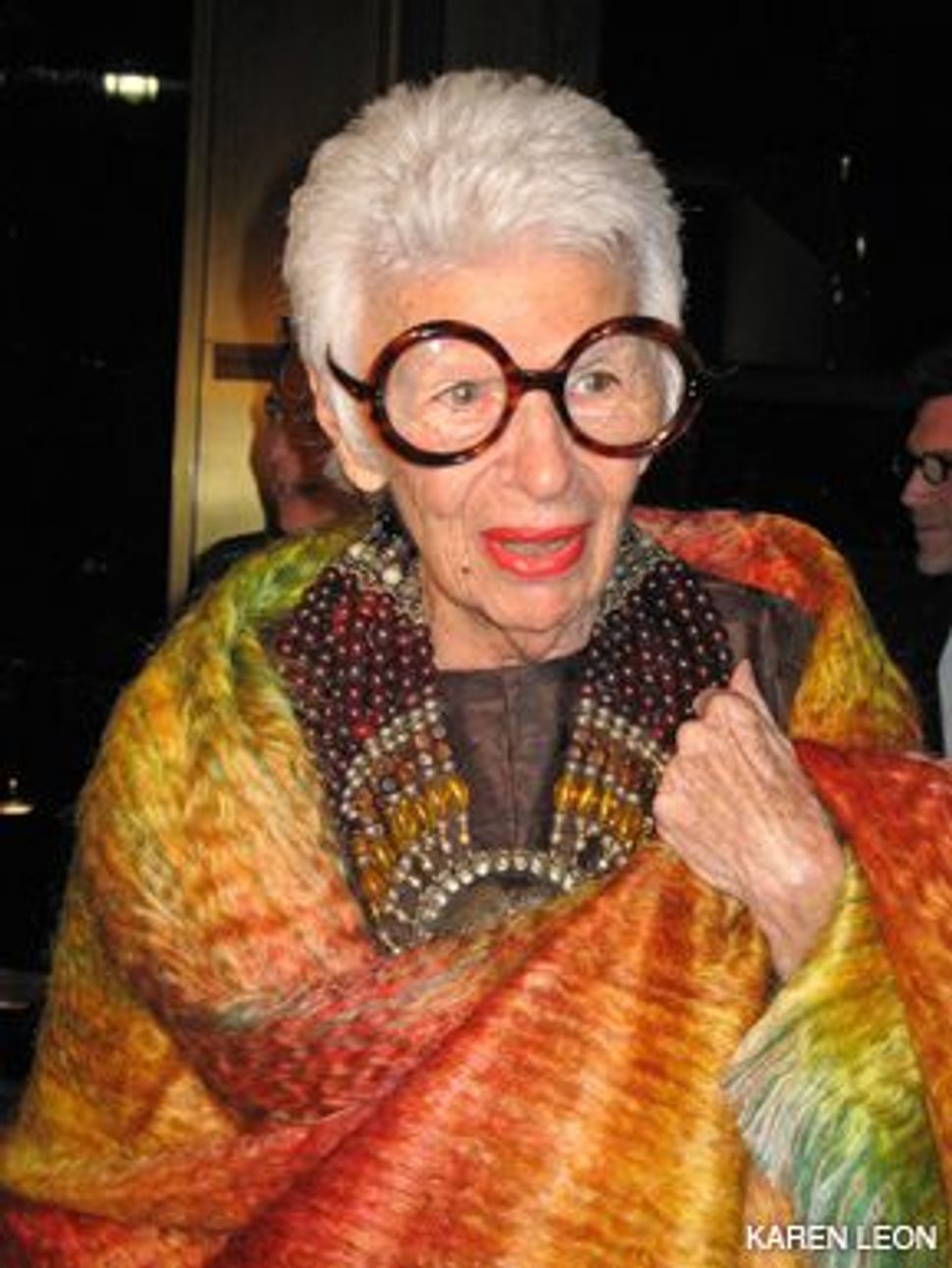 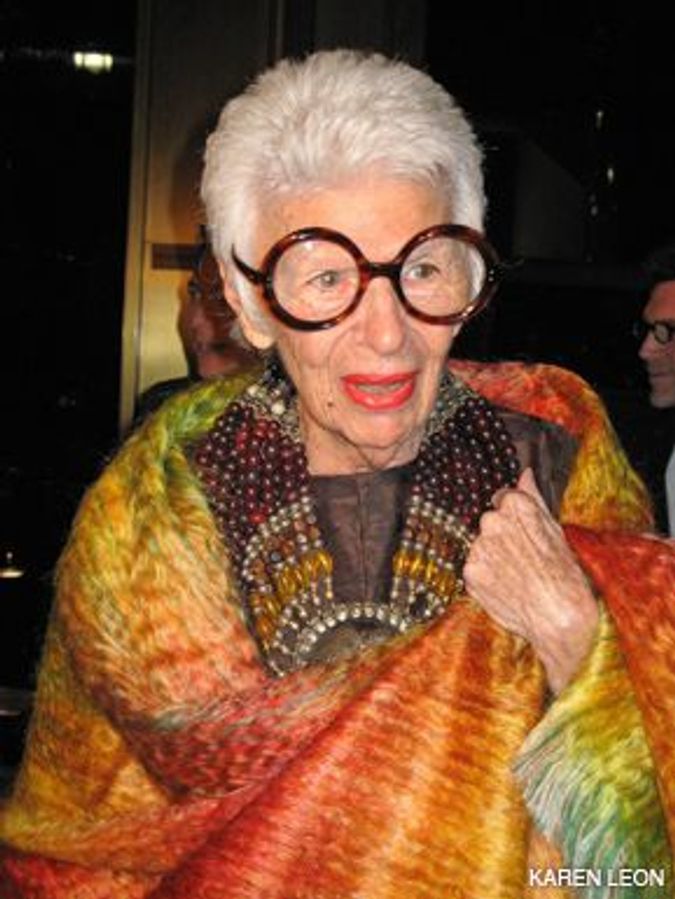 At the opening night gala of the 23rd Israel Film Festival, held October 29 at the Ziegfeld Theatre, mistress of ceremonies Lanie Kazan credited the festival’s success to the “vision and chutzpah” of founder Meir Fenigstein. In an aside apropos Israel’s 60th anniversary, Michael Douglas joked, “I always like a country that is younger than I am.” Douglas then presented the IFF Lifetime Visionary Award to Danny DeVito, the actor/producer/director whose performance credits include the TV show “Taxi” and the films “Romancing the Stone” and “One Flew Over the Cuckoo’s Nest.” “You got to listen to me!” DeVito belted out. “I’m the only sheygets here.” He then added, “We are all mishpukhe together.” Producer/writer/director Edward Zwick, who accepted the IFF Outstanding Achievement in Film award from actor Liev Schreiber, recalled: “Growing up a Jewish kid in the Midwest, my heroes were the Leathernecks… Flying Fortresses. When it came to the Jews, there were sighs and tears behind closed doors, and in the 1950s documentaries bathed in a frisson of shame.” Zwick, whose films include “Glory,” Oscar-winner “Shakespeare in Love,” “Blood Diamond” and “The Last Samurai,” touted his forthcoming epic, “Defiance,” about the partisan Bielski brothers, starring current Agent 007 James Bond Daniel Craig as Tuvia Bielski and Schreiber as his brother. Mortimer Zuckerman, editor-in-chief of U.S. News & World Report, presented the IFF Lifetime Achievement award to producer/director Irwin Winkler (“Goodfellas,” “The Right Stuff,” “Rocky”); 12 of Winkler’s 50 films won Academy Awards! The Israeli film entourage at the gala included Israel’s “first lady of cinema,” Gila Almagor, star of the must-see “The Debt.” I had not seen her since our Forward interview in 1989.

Douglas lauded DeVito and his wife, Rhea Perlman, for their involvement in the OneVoice Movement, “working together toward a peaceful solution between Israelis and Palestinians.” Then DeVito, after recollecting how he shared a one-room apartment with Douglas in New York in the 1960s, described a moment “in Durango, during the shooting of ‘Romancing the Stone.’ I saw a Mexican sitting against a building in the shade in the town square. Pointing to my wrist at an imaginary watch, I asked him what time it was. The man sat up, put each of his hands under the [balls/gonads] of the bull in front of him, seemed to weigh each one, squinted, and stated, ‘Señor, it is 10 minutes to 10.’ I was flabbergasted!” DeVito then asked him, “How can you tell the time by handling the bull’s manhood? He smiled. ‘Señor, if I lift them up high enough, I can see the clock tower across the square.’” For the Israelis in the audience, it may have been a new joke. For those of us familiar with Catskillian comics, a more delicate variant of this chuckler has the Mexican lifting up a cow’s udders.

The gala concluded with the American premiere of “Lost Islands,” directed by Reshev Levy. The winner of four 2008 Israeli Film Academy Film Awards, this multi-decade autobiographical saga of the large Levy family overflows with minutia of memory. Opening in the 1980s, it offers teenage pranks, sex, raunch, drama and trauma, with central characters — twin brothers — in love with the same woman. What the film assumes is that viewers outside Israel have some familiarity with the historical/political events that act as background buzz for the highs and lows of this family saga.

I want to highlight two must-see films: Nominated for four awards is Assaf Bernstein’s espionage thriller, “The Debt.” Shot in Israel and on location in Ukraine, it follows — in present and flashback — the attempt to capture a Nazi surgeon known as ‘The Butcher of Birkenau’ who, it was assumed, had been killed 30 years earlier. As the three former Mossad agents — including Almagor, who had been a young woman on the original mission — revisit the past and locale of what has been assumed as a fait accompli, the film careens from one breath-holding moment to the next.

What made “The Debt” particularly significant for me was my 1989 interview with Almagor at a post-screening of her award-winning film, “The Summer of Aviya.” Based on her autobiographical book of the same name, it deals with her mother’s descent into madness. “My mother never forgave herself for surviving the Holocaust,” Almagor told me during an exchange in which we compared notes on the different survivor skills and psychological coping methods of our mothers. During our interview, Almagor noted, almost prophetically: “I am drawn to the Holocaust because I must look into the open wound again and again…. This is something we must never forget — never, never, never.” It is this thrust that 20 years later propels and impels the character Almagor plays in “The Debt” and enables the actress to pay a debt to her mother. In an expanded version of my interview with Almagor, which appeared in the spring 1991 issue of Lillith, she said: “The goal [in the 1950s] in Israel was to forget the Holocaust. This was before people realized there was something like survivor trauma.… Now the Holocaust is taught in the schools.”

If you are a woman and attended a Hebrew or a Jewish school or Jewish camp of any stripe — if you are Orthodox, Conservative, Reform, secular or a combination of parts of the above — try to see Avi Nesher’s “The Secrets,” which was nominated for eight awards of the Israeli Film Academy: best actress, best supporting actor, best supporting actress, best art direction, best costumes, best editing, best music and best sound. So what is left? The program notes do not do the film justice — but then, you have to keep the secrets to the very end. Briefly: A young woman postpones marriage to study at a Jewish seminary in Safed. Her quest for individuality takes a defiant turn when she befriends a free-spirited, headstrong student and then develops an alliance with an older mysterious woman and sees her world come crashing down — with redemption at the end. Among the film’s unusual twists are a somewhat supernatural mikveh scene, alternately sublime and bizarre (a great moment for Judaica-curious seeking peeping Toms); a romantic twist, and an unsettling insight into a world where women are still relegated to the kitchen and the birthing bed, despite an open door that permits them to study.

We’re stealing back business from Los Angeles and Canada,” gloated New York City Mayor Michael Bloomberg as he paid tribute to Katherine Oliver, commissioner of the New York City Mayor’s Office of Film, Theatre & Broadcasting. Oliver was an honoree at the October 20 Lighthouse International Salutes the Arts gala, held at Cipriani 42nd Street. “In 2001 we had 18,000 shoot days for film, TV and commercials. Today we have doubled that, and Katie is trying to help us diversify,” the cash-strapped mayor said. Also honored were actor Michael Feinstein and 87-year-old fashion icon Iris Apfel. In one of her iconic dresses and her signature oversize owl-frame glasses, Apfel made an entrance, weighed down by a massive Indonesian fertility necklace that featured a grimacing skull as its centerpiece.

In 2005, the Metropolitan Museum of Art put Apfel’s spectacular wardrobe and jewelry collection on display in a major exhibit titled Rara Avis. With her husband, Carl, she founded Old World Weavers, one of the most prestigious textile firms specializing in antique period fabrics. The firm’s restoration projects included work in the White House for nine presidents. The black-tie gala was emceed by Chuck Scarborough, who noted that his father suffers from macular degeneration.

“There is an epidemic of diabetes, a leading cause of vision loss,” said Roger Goldman, chairman of the Lighthouse board. President and CEO Tara Cortes amplified the alarm: “Sixty-one million Americans are at risk of vision loss… and many risk losing their jobs as a result…. On a global scale, vision impairment affects 161 million people. Without intervention, this number could double by 2020.” Since its founding in 1905, Lighthouse International has been at the forefront of care and rehabilitation of people of all ages who are facing vision loss. Its catalog of services and programs includes vision rehabilitation and occupational therapy; a diabetes center; a geriatric center for vision health, and the Filomen M. D’Agostino Greenberg Music School, which boasts 130 students, ranging in age from 5 to 95, who are able to pursue their interest in, and study, music while overcoming the challenges posed by vision loss. Lighthouse also has a unique music library with more than 25,000 scores in Braille, large-print and regular staff notation. Lighthouse is also famous for its annual posh sale where the upscale and the less affluent line up at the break of dawn to buy “gently worn” designer duds and accessories at non-celebrity prices.