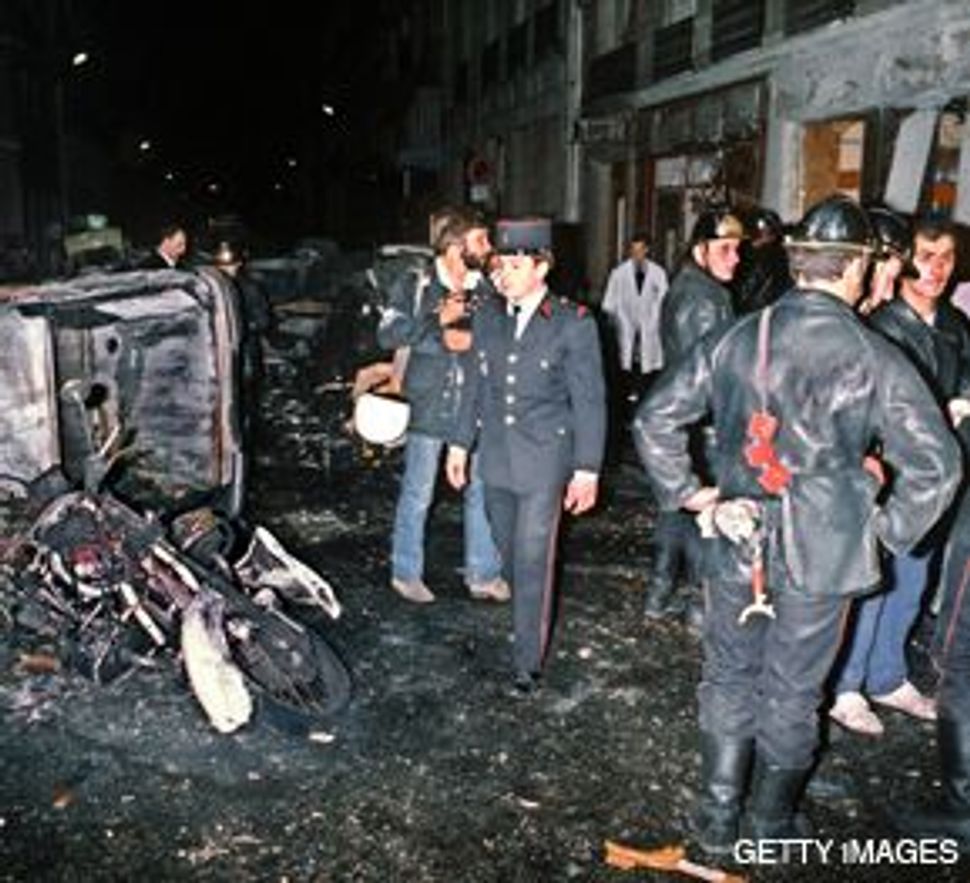 CRIME SCENE: Police at the bombing of a Paris synagogue in 1980, in which there were no arrests, until now.

Canadian police, armed with an arrest warrant issued by two French judges, have arrested a university professor in connection with a bombing of a Paris synagogue 28 years ago, a fatal attack that caused shockwaves across France. 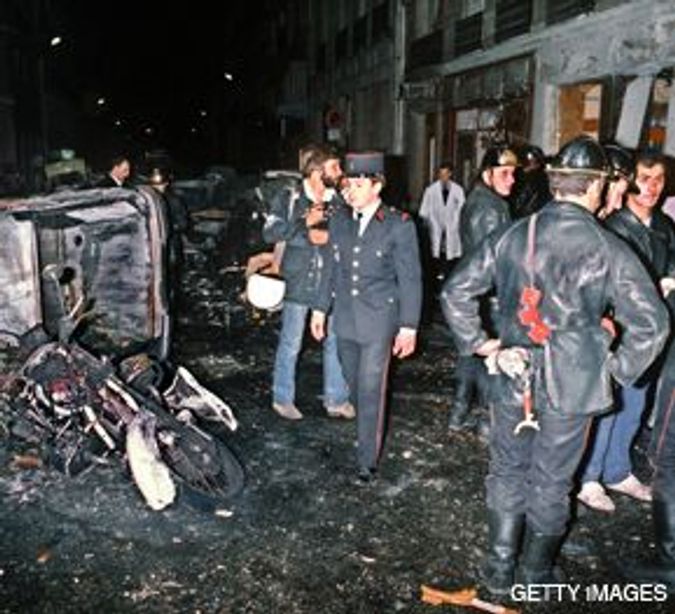 CRIME SCENE: Police at the bombing of a Paris synagogue in 1980, in which there were no arrests, until now.

Authorities arrested Hassan Diab, 54, who is wanted in France on murder and attempted murder charges on November 13. On October 3, 1980, a bomb hidden in the saddlebag of a motorbike exploded in front of a synagogue in the heart of Paris, killing four passersby and injuring 20. The unprecedented bombing, which occurred minutes before the end of a Sabbath service, sparked thousands in France to protest against the attack on the Jewish community.

Politicians and pundits quickly denounced a far-right plot, but investigators soon realized the culprits had likely come from the Middle East. No one claimed responsibility for the attack, and the trail went cold for nearly three decades. But the case was revived last year, and it took a dramatic turn this month, when the Canadian police, acting on an international warrant, arrested Diab at his home in suburban Ottawa.

France claims that Diab, a dual Canadian-Lebanese citizen, manufactured the bomb that exploded in a fireball, damaging the synagogue on Rue Copernic, in a posh Paris district. The French contend that Diab was a member of the Popular Front for the Liberation of Palestine-Special Operations, one of several radical leftist Palestinian groups that emerged in the 1970s. French authorities are in the process of submitting a formal extradition request.

Diab’s lawyer, Rene Duval, denied the charges, saying his client was the victim of a case of mistaken identity and a biased prosecution.

“Hassan Diab did not step a foot in France during the year 1980,” Duval told the Forward, adding that he was barred from discussing the case in detail because of a gag order issued by a Canadian magistrate. “Based on my review of the evidence provided to us, there is nothing that justifies the latest actions.”

For years, Diab lived a quiet academic life in North America. After studying in his native Lebanon, he was a graduate student at Syracuse University in the 1990s, and until his arrest he was lecturing in sociology and anthropology at two prominent Canadian colleges, Carleton University and the University of Ottawa. Duval said Diab has never been interrogated by American, Canadian or any other law-enforcement authorities about the Copernic bombing.

Diab’s former and current colleagues were bewildered at the recent developments. One former teacher at Syracuse University, Louis Kriesberg, professor emeritus of sociology and social conflict studies, told the Ottawa Citizen newspaper that he was friendly with Diab and never sensed any antisemitism or political fanaticism in him. Kriesberg, who is Jewish, added that the allegations did not appear to be credible. He confirmed those comments to the Forward.

While most of the radical leftist Palestinian groups have disappeared, they played a prominent role in the 1970s, in the heyday of Palestinian terrorism. The now defunct PFLP-SO was one of several Palestinian groups often at odds with the dominant Palestine Liberation Organization and its leader, Yasser Arafat. According to the French media, Germany’s intelligence service was able to secure a list of PFLP-SO members in 1999 and shared it with friendly intelligence services. Diab was reportedly on the list, but for some reason, the information appears to have been buried in the files of the successive French investigative magistrates in charge of the probe.

The French media reported that the investigation burst back to life last year, with police and magistrates traveling to several countries, including Germany, Lebanon and the United States, to gather evidence about Diab’s alleged ties to the PFLP-SO. The investigators were reportedly able to match the handwriting on a hotel registration form used by the suspected mastermind during his stay in Paris at the time of the bombing and official documents filled out by Diab in the U.S. They also found a picture on a passport seized by the Italian police that closely resembled a sketch of the suspect based on eyewitness accounts of a man leaving the motorbike in front of the synagogue.

Duval asserted that the handwriting evidence would not stand up in court in Canada or in the U.S., and that none of the evidence he has seen would justify the arrest. Moreover, he said the reason that the case was suddenly reopened was the publication in October 2007 of an article in the French daily Le Figaro that fingered Diab as the mastermind and claimed he lived in Canada. Diab was quoted as telling Le Figaro that he was the victim of a “groundless homonymy” due to the fact that his family name is a common one in many Arab countries. He told the paper he never belonged to a Palestinian militant group. Duval said his client stands by what he said last year.

Asked what prompted the French authorities to act, Duval said it was his “hunch” that the Le Figaro story was based on a leak originating from some families of the victims who have access to the investigative file. The story then pressured the investigators to act, he added.

He also said Diab had been followed “to the point of harassment” since publication of the story. Although his client provided police with license plate numbers and physical descriptions of the individuals casing him, the police did not act, Duval said. He told the Forward that a Canadian paper had “wrongly” reported that he believed Mossad or French agents had followed Diab. “I now know from the evidence who was tailing him,” he added, declining to say more.

The legal process is likely to take years. France first has to submit a formal extradition request by the end of this year. A Canadian judge will then rule on it. The judge’s decision can be appealed in local and federal courts. The Canadian Justice minister will then make a decision, which will also be subject to judicial review. “This will take years, but we are determined to fight it,” Duval said.