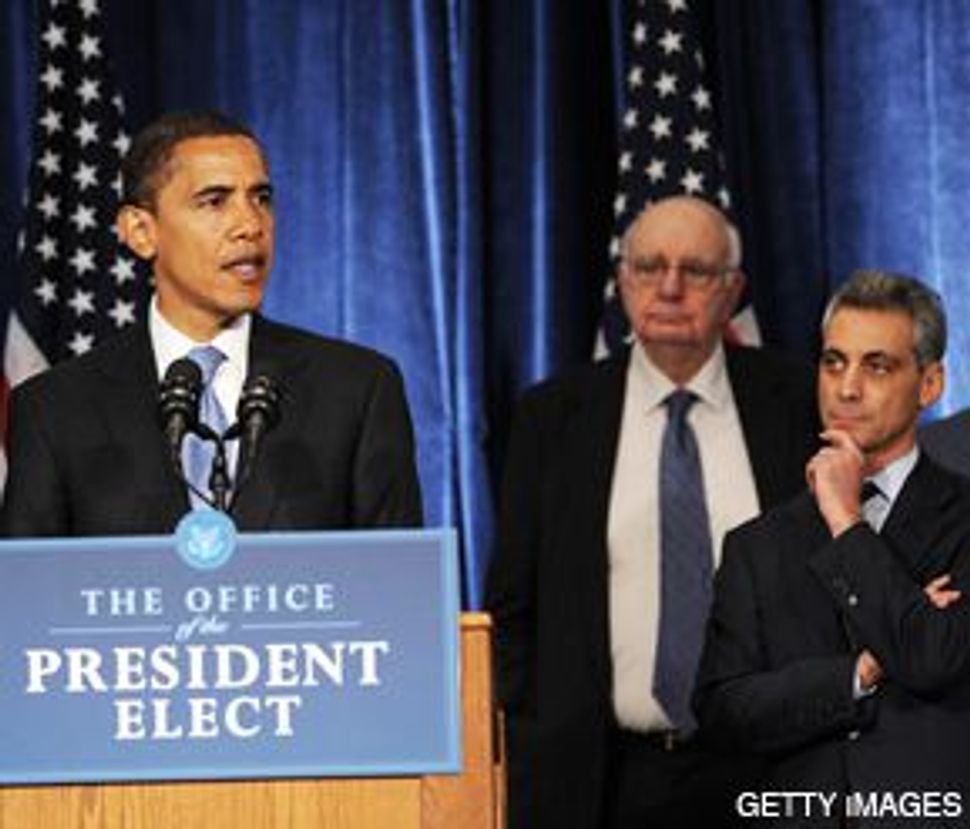 OBAMA'S ISRAELI? Contrary to reports in the Israeli and Arab press, Rahm Emanuel (right) developed a firm but fair reputation that he?s expected to bring to his new job as Obama?s chief of staff.

Washington — The appointment of Rahm Emanuel as president-elect Barack Obama’s new chief of staff drew a wave of jubilation in Israel at the prospect of the son of an Irgun fighter running the White House, and a wave of condemnation in the Arab world for much the same reason. The Israeli press embraced him as “Obama’s Israeli,” while the Arab press derided him as an agent for the Mossad. 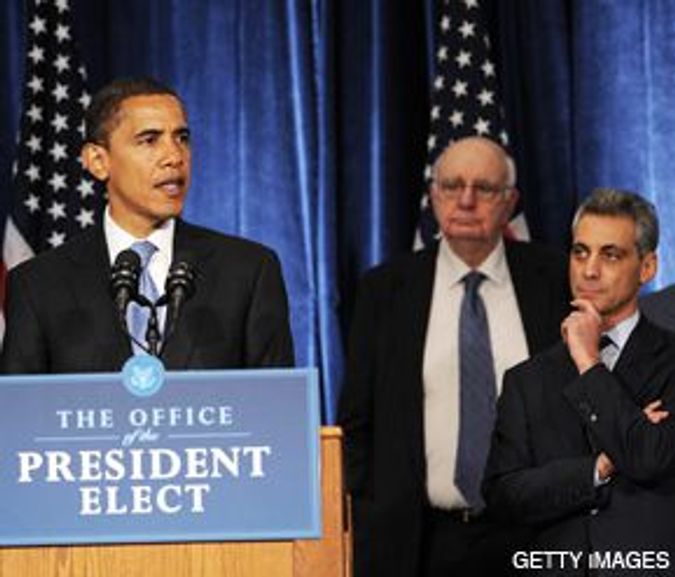 OBAMA'S ISRAELI? Contrary to reports in the Israeli and Arab press, Rahm Emanuel (right) developed a firm but fair reputation that he?s expected to bring to his new job as Obama?s chief of staff.

A close examination of Emanuel’s voting record during three terms as a Congressman from Illinois, and his involvement with Middle East issues during the Clinton administration, paints a more complex picture of the next president’s gatekeeper. Though known for close ties with the Israelis, Emanuel had never given them a free pass and has consistently supported a dovish policy toward the Israeli-Palestinian conflict.

“His approach was always ‘Don’t pull one on me,’” said a former Israeli official who was in touch with Emanuel during President Clinton’s drive for an Israeli-Palestinian agreement. “He was very supportive, but never a blind supporter.”

In his years as a senior adviser to President Clinton, Emanuel focused on domestic policy, but his background and openness to the Jewish community made him a point man on issues relating to Israel.

“We could discuss issues with him before raising them at a higher level and get a sense from him on what the thinking in the White House is,” recalled Zalman Shoval, former Israeli ambassador to Washington and now a member of the Likud party.

Though all agree that Emanuel did not play a major role in American relations with Israel, recent weeks have brought to the fore many anecdotes regarding his involvement. But not all seem to be true.

One story credits Emanuel with orchestrating the historic handshake between Yitzhak Rabin and Yasser Arafat on the White House lawn. Eitan Haber, Rabin’s right-hand man at the time, said he does not recall Emanuel being involved in the event. According to another story, Emanuel is the one who suggested that Clinton use the phrase “Shalom, Chaver” — Hebrew for “Goodbye, friend” — in his speech after Rabin’s assassination. The term became a household phrase in Israel and was printed on bumper stickers after the murder.

Haber is among the handful of Israelis who still maintain close ties with Emanuel. Last summer, when Emanuel visited Israel with a delegation of congressional leaders, Haber took him to a concert. “The paparazzi photographers recognized me and started taking pictures, but no one paid any attention to him,” Haber said.

This has changed dramatically in the past two weeks. Emanuel’s appointment to chief of staff became a front-page story on all Israeli newspapers, with one even crowning him as “Our man in the White House.”

The press also dug into Emanuel’s ties with Israel, describing his summer visits to the Jewish state and his father’s past membership in the Irgun underground during the British mandate in Palestine. It was his father’s interview with the Israeli daily Ma’ariv that irked Arab Americans. Benjamin Emanuel told the paper that his son would influence the new president to be pro-Israeli. “Why wouldn’t he? What is he, an Arab? He’s not going to be mopping floors at the White House,” Benjamin Emanuel said.

Rahm Emanuel later apologized to the Arab-American community for his father’s remarks. Still, the Arab press expressed disappointment with his nomination; some articles described him as a “Mossad agent.”

But a closer look at Emanuel’s actions finds that he does not easily fit in as either an unconditional supporter of Israel, or one who would be willing to push for a peace agreement no matter what. “He is pro-Israel and pro-peace,” said Uri Savir, one of the chief negotiators of the Oslo peace accords.

Emanuel arrived on Capitol Hill in January 2003, and his time there corresponds with the second intifada and the flailing efforts to revive the moribund peace process. During that period, he condemned Hamas, Hezbollah, Syria and Iran, but he also pushed repeatedly for more involvement from the United States in the Israeli-Palestinian conflict. And while he has, like the majority of his colleagues, voted in favor of most bills supported by pro-Israeli groups, especially the American Israel Public Affairs Committee, he also endorsed several peace initiatives.

For instance, in May 2003 he was one of four Jewish members of Congress to sign a “Dear Colleague” bipartisan letter to President Bush in support of the so-called roadmap for Middle East peace, which was signed by 44 House members. The letter came as a counterpoint to one supported by Aipac, which Emanuel also signed, implying that Congress did not support the roadmap. He then signed another letter to Bush in July 2003, backing $20 million in direct funding for the Palestinian Authority. In November 2003, he was one of two Jewish members to co-sponsor a House resolution to support the Geneva Initiative, an unofficial framework agreement for a two-state solution reached between moderate Palestinians and dovish Israelis.

Ori Nir, spokesman for the dovish pro-Israel advocacy group Americans for Peace Now, said that although the debate over Emanuel’s views has been blown out of proportion, “it is important that people look at his congressional voting record, and that record speaks for itself.”

Emanuel has, on various occasions, recounted his joy at participating in the signing of the Oslo agreements, which he helped organize on the lawn of the White House.

But Haaretz, the Israeli daily newspaper, reported that during the tense talks with the Palestinians at Wye Plantation in 1998, the Israeli team headed by Prime Minister Benjamin Netanyahu was especially wary of Emanuel. His fluent Hebrew, his instinctive grasp of the “Israeli” mindset and, above all, his complete loyalty to his boss, President Clinton, made the Israelis afraid to talk when he was around.

Netanyahu is now in a tight race for prime minister in Israel’s February 2009 elections. If he wins, he will meet Emanuel once again, this time with the American as chief of staff.

With reporting by Marc Perelman