Touro Under Scrutiny Over Israel Class 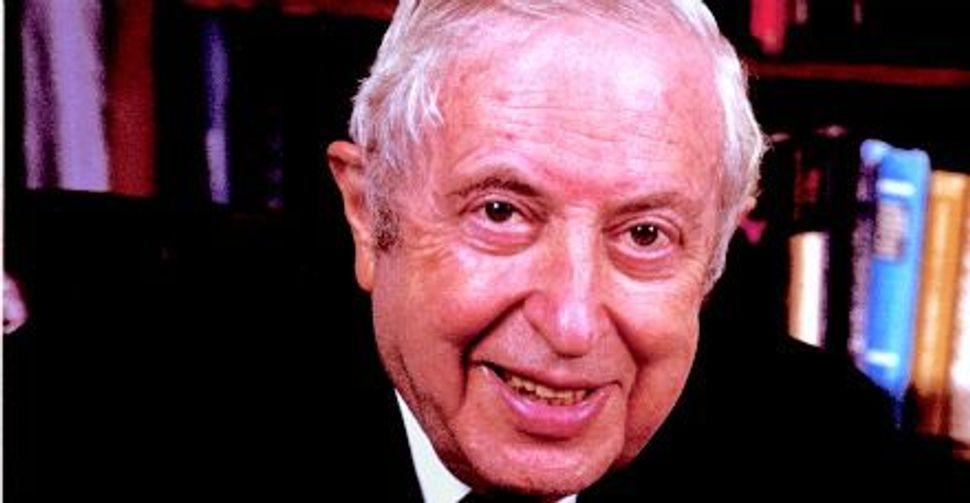 Touro College, a New York-based Jewish university, came under pointed questioning by curriculum experts after the Forward revealed that it granted academic credits for an online course put together by a pro-Israel advocacy group. 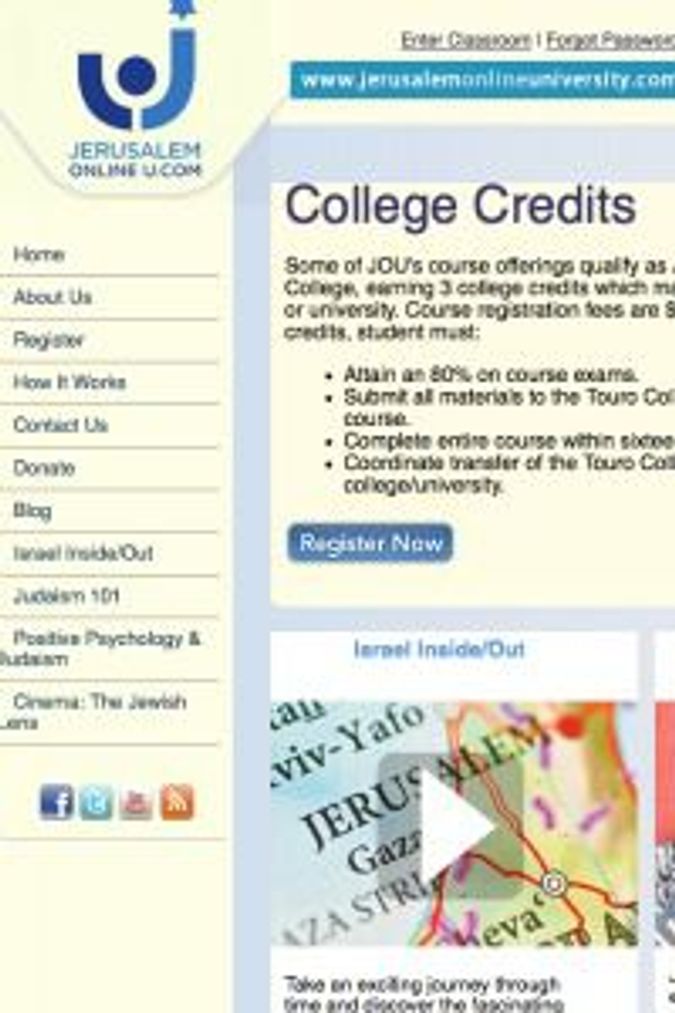 College or Chutzpah? Jerusalem Online U. portrays itself as a legitimate academic program. Image by jerusalem online u.

Touro offered students credit for taking Israel Inside/Out, an online class cobbled together with materials like interviews with pro-Israel activists and professors provided by Jerusalem Online U, a pro-Israel education and advocacy web site.

?I am not coming up with anything quite like this, where one side has a point of view and an institution has decided to partner with them,? said Russ Poulin of the Western Interstate Commission for Higher Education Cooperative for Educational Technologies, or WCET, which promotes effective standards and practices for on-line learning in higher education. ?It doesn?t mean that it isn?t out there. It just means I?m not aware of it.?

?If Touro College has pretentions to be a serious academic institution, this is not a course that students should get credit for,? added Zachary Lockman, a professor of Middle Eastern and Islamic Studies at New York University, about Touro?s Israel Inside/Out course. Lockman reviewed the course syllabus on the Forward?s behalf.

The Touro professor who approved Israel Inside/Out rejected the criticism of the course. ?I see no reason to be ashamed of it,? said David Luchins, chairman of the political science department, while adding it was not his decision to partner with Jerusalem Online U.

Touro College, a Jewish-oriented institution that reaches out especially to Orthodox students, offered students nationwide a chance to earn academic credit by completing the course.

While officials at Touro insist the material meets academic standards, a Forward investigation found, among other things, that the program?s syllabus, posted at Jerusalem Online U?s website, told students, ?This course will train you to be an Israel advocate and arm you with the knowledge necessary to combat anti-Israel rhetoric.? Jerusalem Online U removed this advisory soon after the Forward inquired about it. In several instances, materials used by Jerusalem Online U in its Israel boosterism reappeared in Touro?s academic offerings.

Despite the debate, students are getting credit for the course. According to Jerusalem Online U founder Rabbi Raphael Shore, 150 students have received college credit for courses taken through the program. (Touro officials estimate a lower number: between one and two dozen students per year for the past three years).

What?s more, 38 universities in the United States and Canada have accepted transfer credits for the class from Touro, meaning students may be effectively substituting advocacy for rigorous learning at colleges from coast to coast.

Shore would not provide the Forward with a list of the universities that accept the credits. He did connect the Forward with a George Washington University student who said she was approved to receive credit for the Israel Inside/Out course.

George Washington University officials declined to explain why they granted credit for the Jerusalem Online U course, saying they could not comment on individual student records.

However, the credibility of Touro, which is accredited by the Middle States Commission on Higher Education, seemed to play a role. A GWU academic advisor said in an email: ?[Touro] is accredited by Middle States as is George Washington University. When reviewing transfer courses we do not make the distinction between online or traditional classroom classes.?

According to Malcolm Brown, director of learning initiatives at Educause, a group that advocates for technology in education, universities tend to prioritize institutional credibility over course content when reviewing transfer credits.

?That is the only way this will possibly work,? he said. ?If you have to in each instance make sure it was taught properly, that would be hundreds and hundreds of reviews. That would not be a practical approach. You rely on your collegial organizations to uphold the same standards you are.?

Brown emphasized that he could not address the academic legitimacy of Touro?s relationship with Jerusalem Online U. But he termed the phenomenon of an accredited college partnering with an advocacy agency to produce a course ?somewhat unusual.?

?As you know higher ed tends to be more academic in the sense of being research and scholarly, and that doesn?t work well with advocacy all the time,? Brown said.

Because online education is in its nascent stage, standards are still being developed. In recent years, there has been a push for accrediting institutions to scrutinize online offerings with the same eye it turns to classroom education. Touro?s accrediting agency, for instance, has a set of protocols for online, or ?distance? education so that the online programs adhere to the academic goals of the institutions.

Middle States said it would review any complaints about the class, but had received none.

Touro is at the beginning of a multi-year review process for reaccreditation by Middle States. After doing an internal self-study, the institution will be visited by a group of reviewers from peer institutions, one of whom will examine Touro?s online offerings. This process will likely be completed in 2015.

Touro Under Scrutiny Over Israel Class